The Geordie Shore star got the shock of her life as she was plucked out of the audience and was placed on a chair on stage whilse 5 strippers danced around her topless. 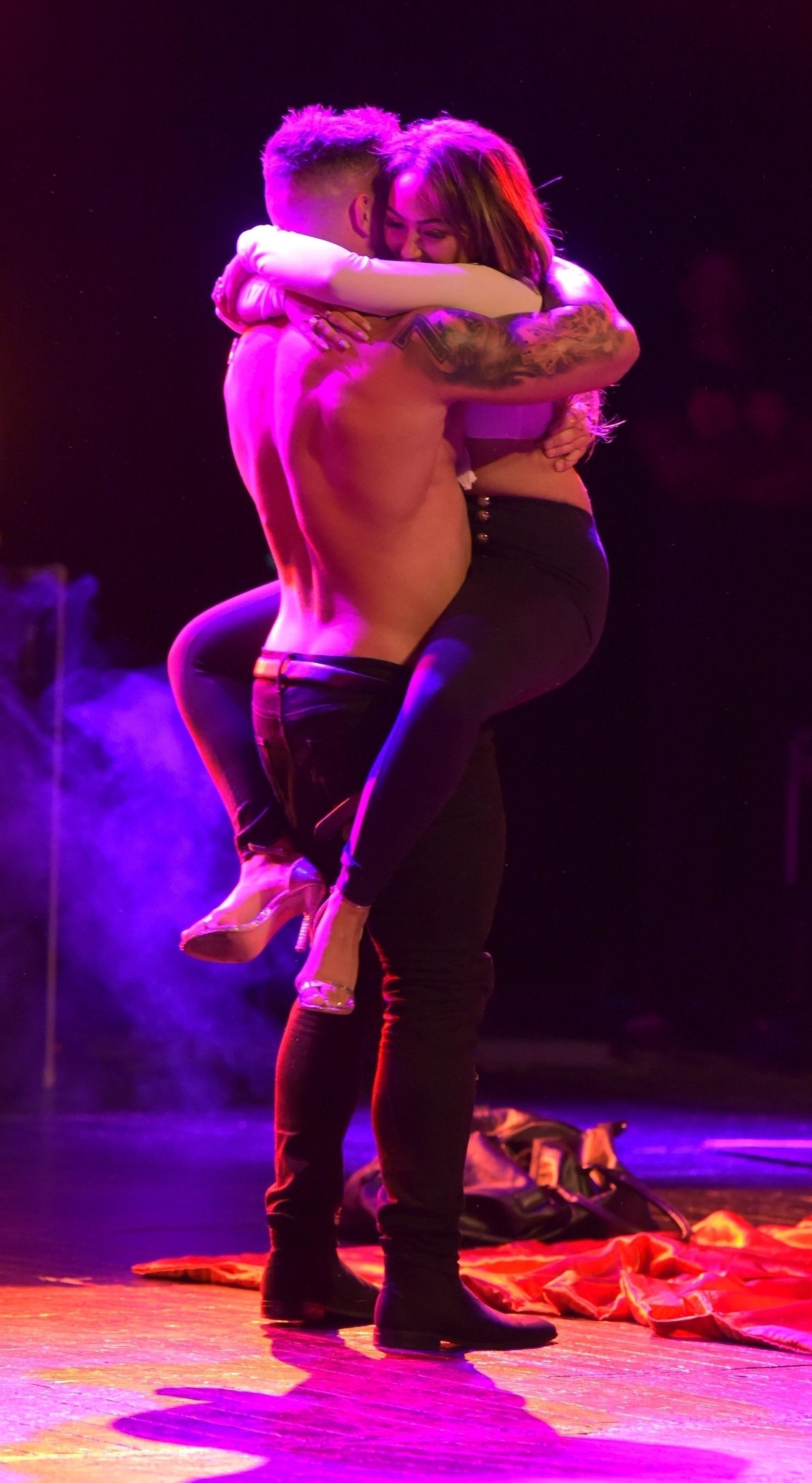 Rogan laid Sophie down on a makeshift bed while rubbing his body along hers and performing sex positions.

Sophie then gave Rogan a taste of his own medicine and jumped on him – sending the crowd wild.

Sophie recently revealed bedding boys in Australia helped her get over her heartache of splitting from boyfriend of six years Joel Corry.

The brunette beauty broke up with the DJ in September and jetted off Down Under to film the new series of the MTV show in January. 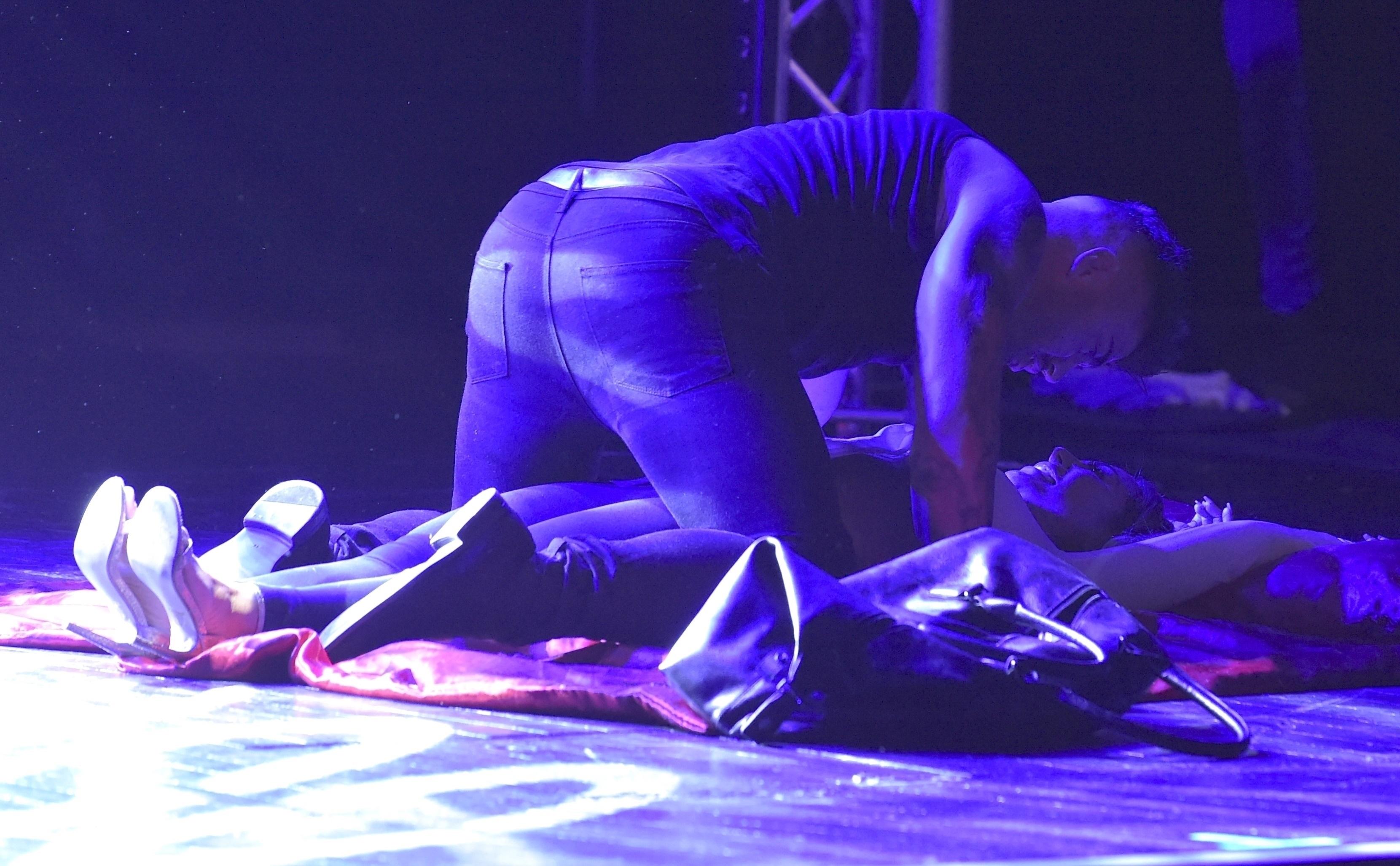 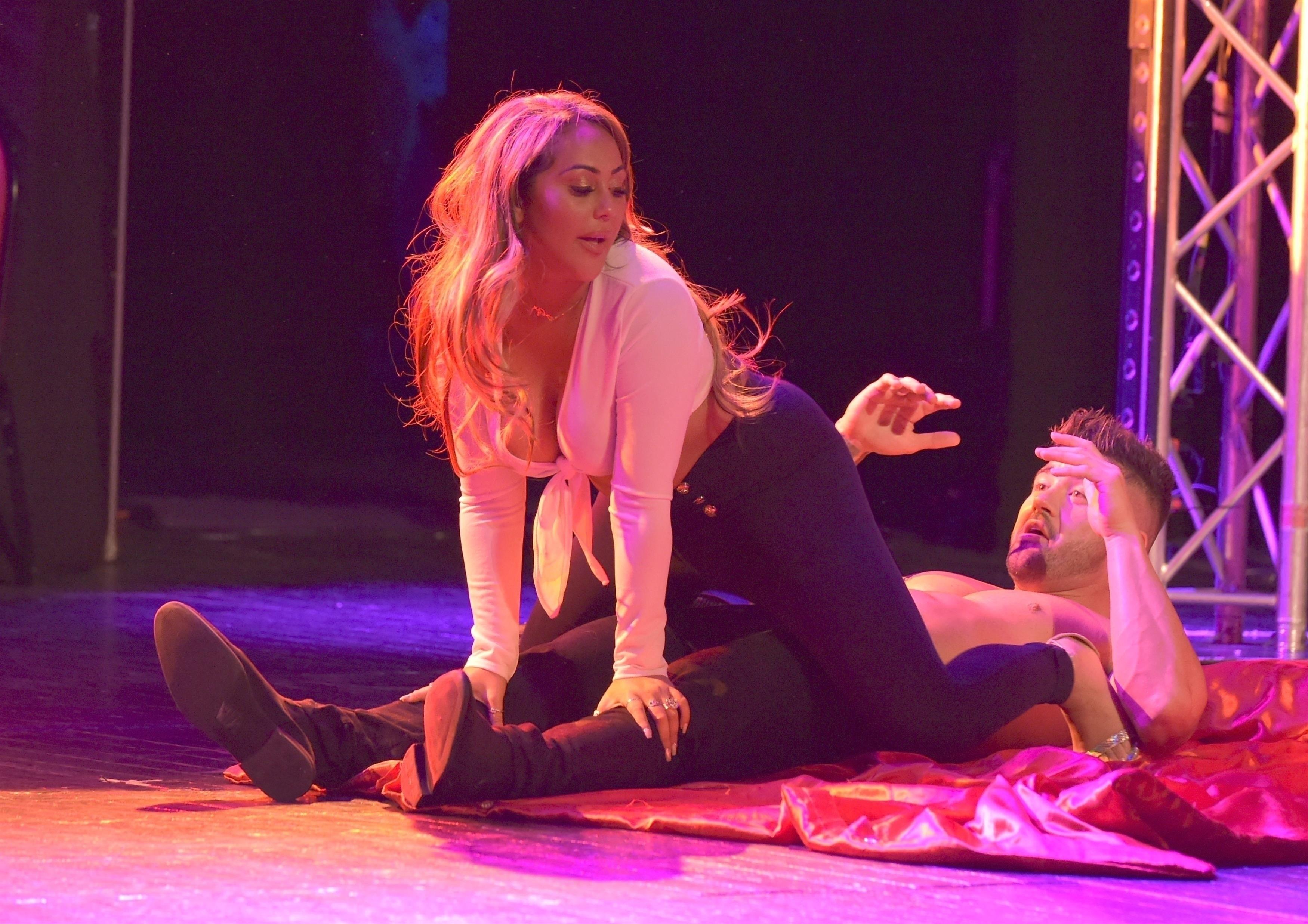 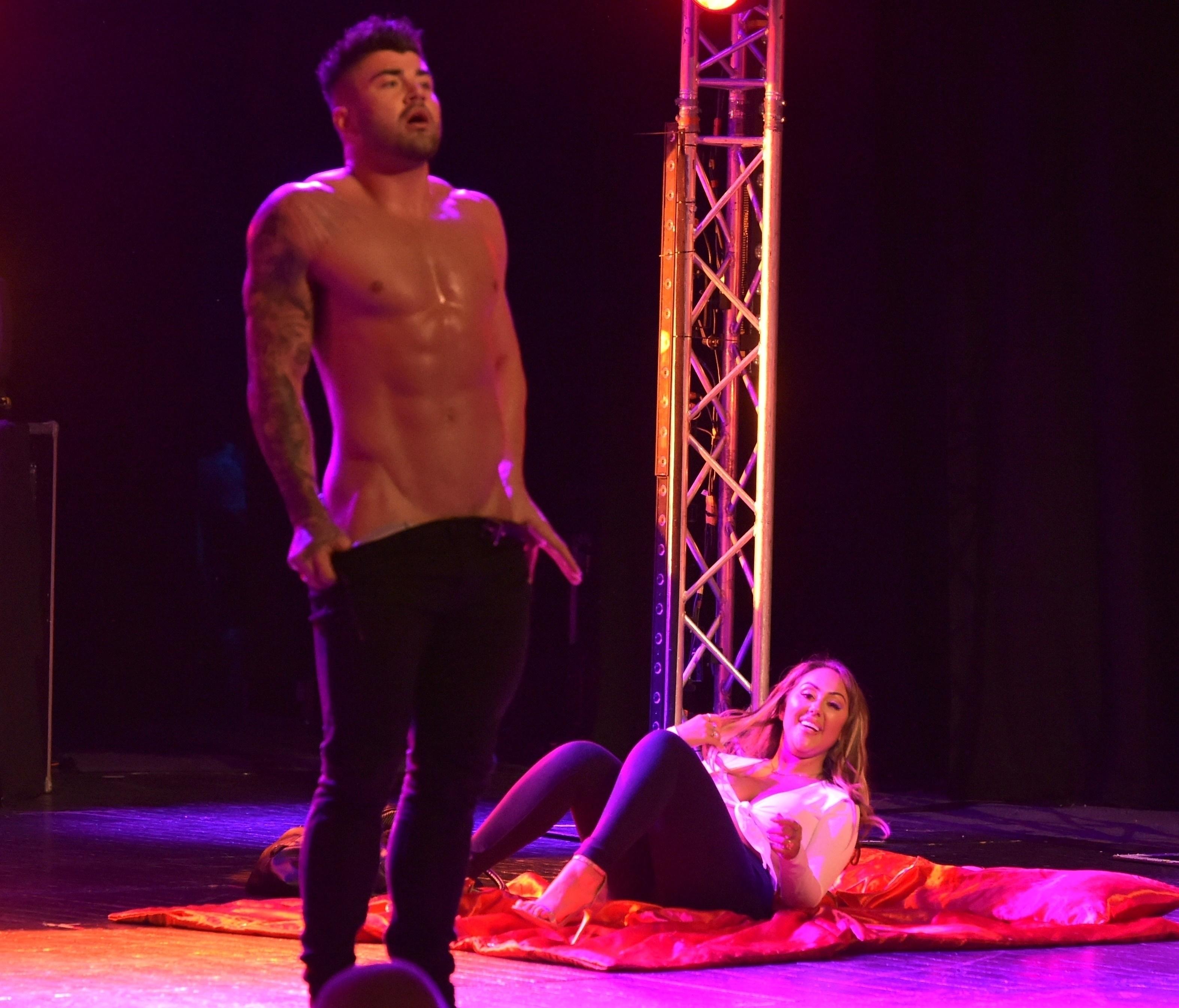 She said: “Before I went in I had meetings with producers and at first I was like, ‘If you think I’m getting with boys you’ve got another thing coming’.

“Literally after three weeks in the house I was in bed with boys.

“There were times when I did have fun.”

Sophie revealed Joel, a former star of Geordie Shore, had dumped her over the phone. 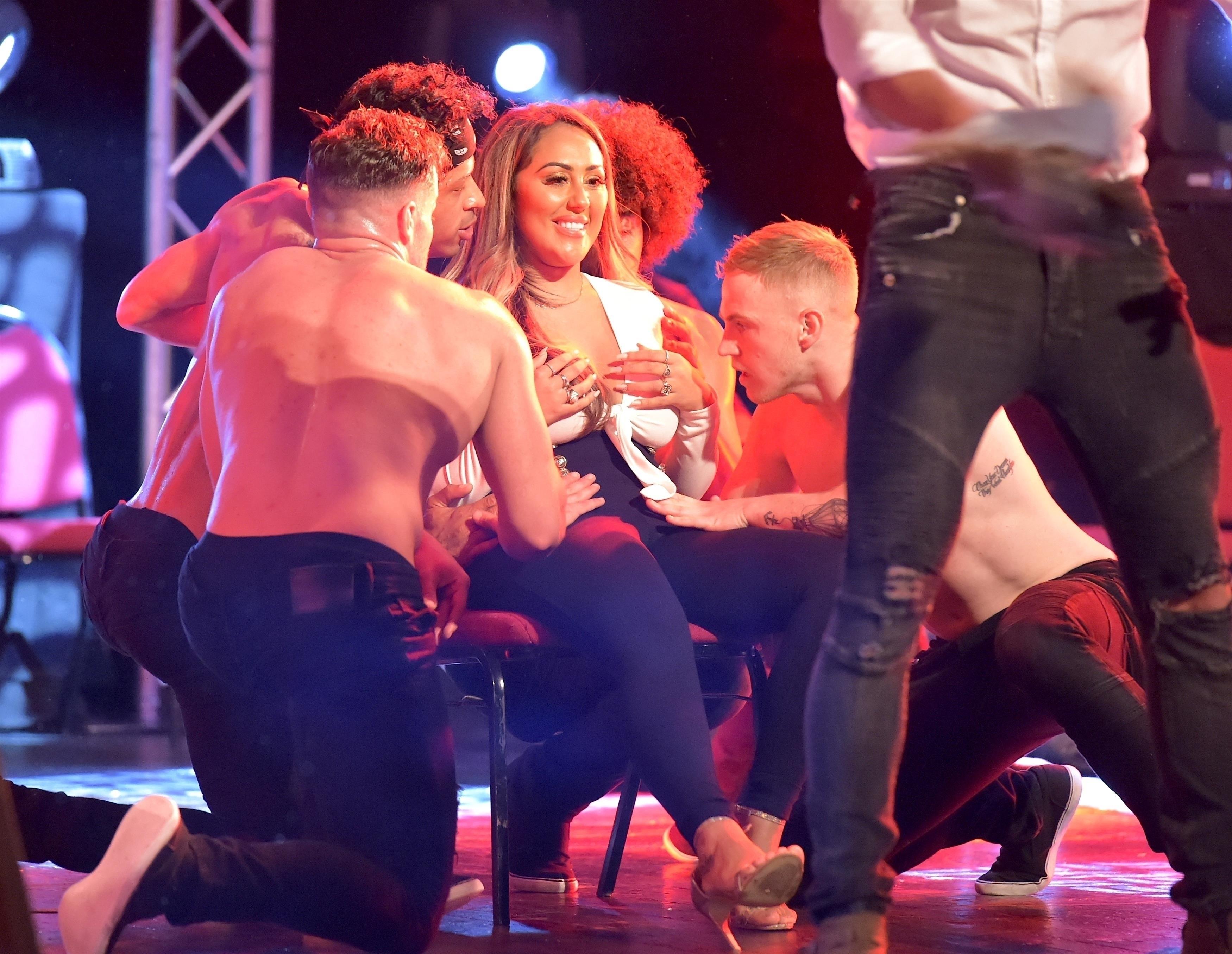 She later admitted she was “lost and lonely” as a result.

The brunette beauty told the Sun filming in Oz was a was a “blessing” as returning to Newcastle for a series would’ve been a “nightmare”.

She even hooked up with hot new Aussie cast member Alexander Macpherson while she was out there.