There was only one catch, and that was filming Catch-22 under the watchful eye of George Clooney.

Joseph Heller‘s classic satirical novel of the same name has been adapted into a miniseries for Hulu, which comes out on May 17. Clooney stars in the series both in front of the camera and behind it as the director of the series. He plays the role of Scheisskopf with Christopher Abbott as the main character Yossarian and Kyle Chander as Colonel Cathcart. The Ocean’s Eleven star called the book “one of the great American novels of all time.” Hugh Laurie also stars in the series.

Catch-22 marks Clooney’s return to scripted television after about a 10-year hiatus.

The three men talked with emmy Magazine about the dynamics on set, what it’s like having Clooney as their director and their first impressions on the novel and script.

Abbott, Clooney and Chandler gushed about each other throughout the interview and it’s clear that filming the adaptation has created an unbreakable bromance among them. Well, except when it comes to Chandler doling out birthday presents—or not.

Clooney sat next to the Friday Night Lights star and informed him, “It came out in 1961, which, funny enough was the year of my birth. I bet you didn’t know that because I don’t get flowers or candy or anything from you.”

Chandler mumbled and grumbled about Clooney’s griping over not getting any birthday gifts from him, but the two quickly moved past that bump in the road.

Funny enough, Clooney now shares the same birthday as Meghan Markle and Prince Harry‘s royal baby boy, who was born on May 6. 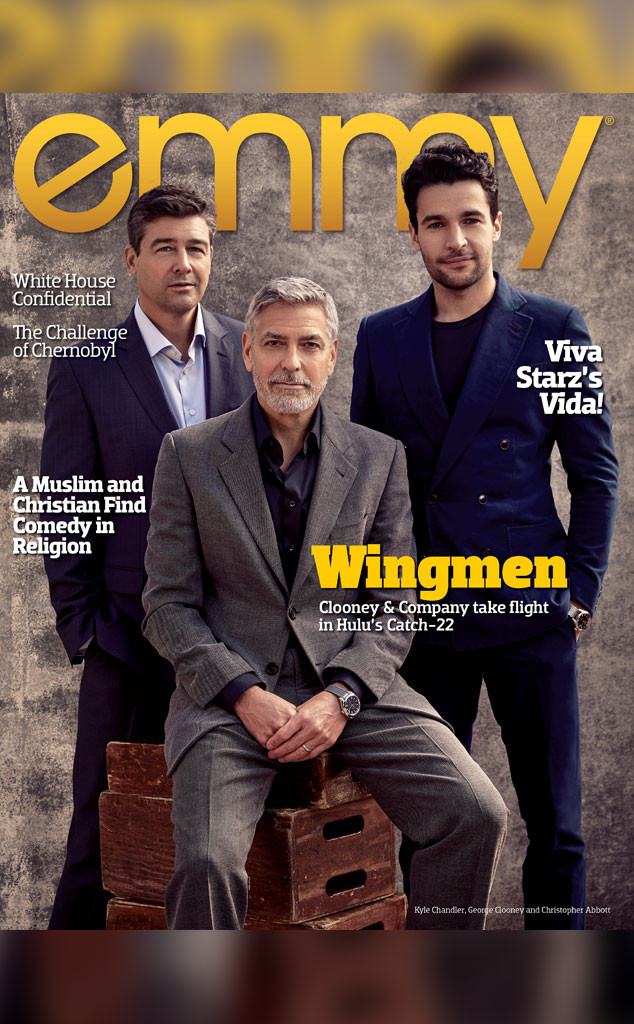 The three actors admitted their apprehensions before immediately accepting the script and tackling the giant of such a timeless novel.

“People call you up and say, ‘Do you want to do Catch-22?’ and your first answer is ‘No’ because it is beloved and you don’t want to mess with it,” Clooney shared.

Chandler also said he “wasn’t so sure about it.”

Clooney joked that Chandler had other motivations for accepting the role as Colonel Cathcart and that he “didn’t care about us.”

Abbott admitted that he never even read Catch-22 in high school when it was required reading. However, he’s grateful for that now because reading it as an adult gave him a whole different perspective on it, which he found to be “so nice.”

Chandler said of both the book and series, “It is madness, bureaucracy, a mixture of war and a mixture of ego and death and dark humor. It’s just got so many qualities to it.” 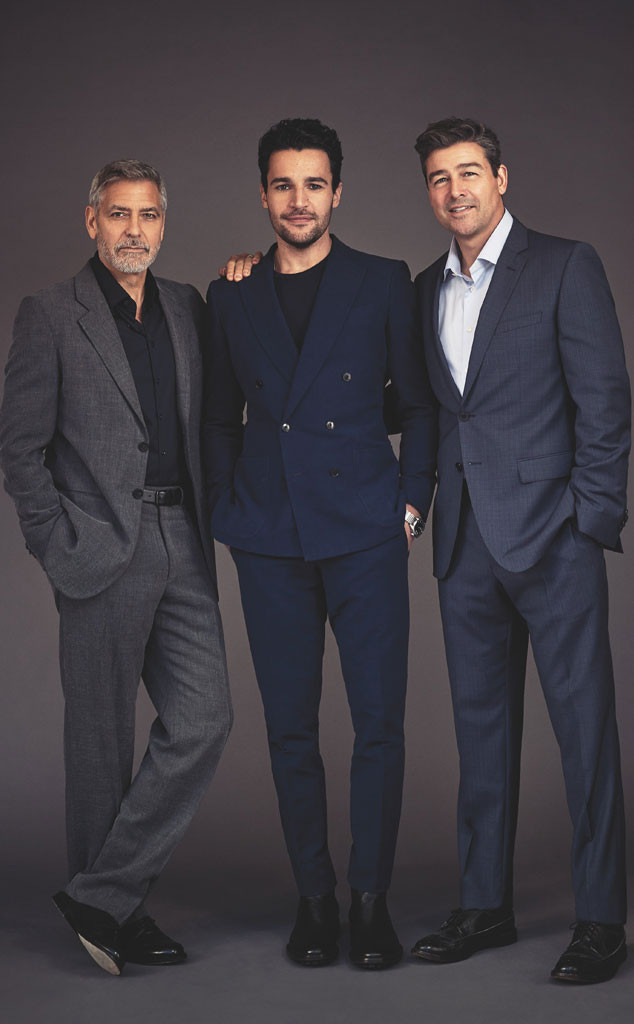 Abbott praised the fact that the story is “all over the place in a good way.”

“The extremes and the ends of the spectrum that it constantly facilitates between I think is really unique and something that people haven’t seen before,” he said.

Other than the show being “beautiful to look at,” according to Chandler, being in the midst of it wasn’t too shabby either.

Self-admitted prankster Clooney quipped, “Other than the restraining order between Chris, Kyle and myself, we got along pretty well.”

Abbott hailed Clooney as a director and his ability to make everything “very clear” and that he “gives you room to do your thing.”

The Girls actor continued, “He creates a world on set where everyone is equal and everyone’s having fun. That’s the most important thing.”

Clooney patted himself on the back for that one.

“When I direct myself, I’m very, very gentle because I know that I’m doing a great job and I know I did exactly what the director’s asking,” he joked.

Chandler called his co-stars “fantastic” and lauded the “fun set” they were on.

Clooney piggy-backed on that and said, “I think everybody got along because everyone came in with the exact same mindset, which is ‘Let’s do good work and let’s be kind and considerate to one another.'”

emmy hits newsstands on May 10 and Catch-22 premieres on Hulu on May 17.