Gino D’Acampo is not exactly known for holding back – he’s provided some of This Morning‘s most hilarious moments.

However, he may have given away a little too much information on today’s (October 11) episode as he talked about his new show with Gordon Ramsay and First Dates‘ Fred Sirieix.

Gordon, Gino and Fred: Road Trip will see the trio travel around in a campervan to their native homelands to see where does food best. 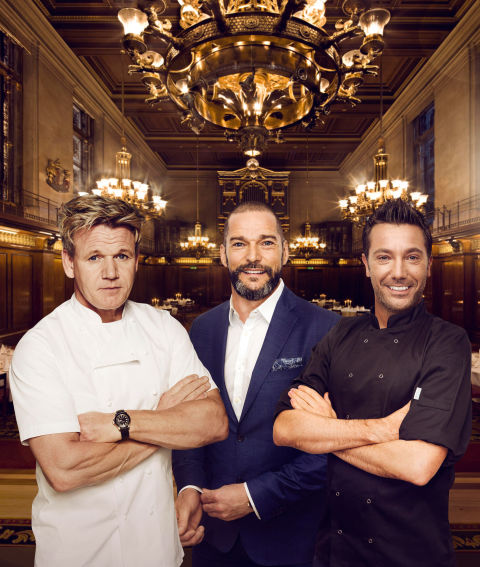 However, Gino revealed to Holly Willoughby and Phillip Schofield that Gordon had a rather strange practice to wake him up while they slept in the campervan during filming.

“To wake me up he used to bash his willy on my foot,” Gino explained, leading to a shocked Holly and Phil.

Viewers at home were equally stunned by Gino’s claim:

During the interview, Gino joked that he could replace Holly Willoughby on This Morning during her stint on I’m a Celebrity.

“When you go in the jungle, I’m gonna be next to you all the way through to sort it out,” he said, with Holly saying it “sounded like a threat”.

“I’m getting practice,” Gino adding, Phil hitting back: “Can I just say, you’re absolutely not.”