It’s been seven long years since we last saw Lisbeth Salander on screen and she’ll be looking rather different when she’s back later in 2018.

When we last saw Lisbeth in 2011’s The Girl with the Dragon Tattoo she was played by actress Rooney Mara, but when the hacker returns in The Girl in the Spider’s Web she’ll be played by The Crown star Claire Foy.

But why has she changed faces in between the two instalments in the Stieg Larsson-inspired crime series? 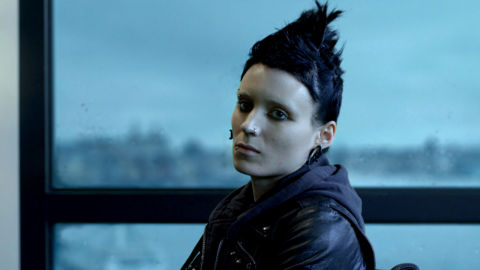 According to Spider’s Web director Fede Alvarez it was all his decision, as he wanted to mark a distinction between his film and Dragon Tattoo, which was directed by David Fincher.

“There was a lot of debate – but not with me – mostly debate among the studio, if they (were) taking that route or not,” he told Entertainment Weekly when asked if Mara had been considered for a return.

“Eventually, I think it was me coming in, saying, I preferred to have my own cast. As a director, I just didn’t like the idea of taking someone else’s cast.

“As much as I admired Fincher as a filmmaker I think Rooney Mara is Fincher’s Lisbeth, right? And I wanted to find my own.”

And he found his own Lisbeth in the form of Foy, who is herself being replaced as Queen Elizabeth II in the next series of The Crown.

As the series moves on in time and the royal family age, they will be played by increasingly older actors, with Broadchurch star Olivia Colman taking over from Foy.

Tobias Menzies will take over from Matt Smith as Prince Philip, while Vanessa Kirby is being replaced as Princess Margaret by Helena Bonham Carter.