Paul Hollywood can sometimes seem rather intimidating to the bakers in the Great British Bake Off tent, what with his frosty stares and long pauses before passing judgement on their loaves and teacakes.

But one person who thinks Paul is nothing but supportive is his fellow judge Prue Leith, who revealed to The Sun that he helped her along when she first joined the Channel 4 reality show last year.

And she’s been picking up plenty of judging tips from her co-star as she enters her second series of Bake Off. 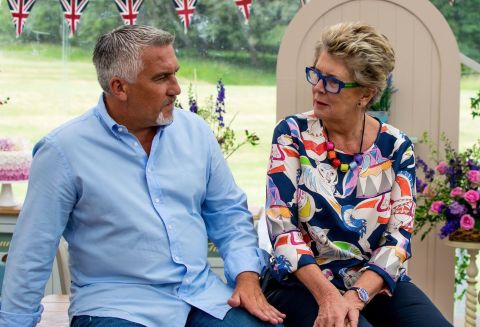 “He helped me find my feet and I have learned such a lot from him,” she said. “He is an absolute genius when he sums up the judging with few words. It’s straight to camera, no ‘Erms’ or ‘Ahhs’, he is succinct.

“Whereas I go round the houses with lots of words, so I have tried to pick up on his critique and absorb it. I am not as good as him, but I think I am getting there.”

Prue, who took Mary Berry’s spot on the judging lineup when the show moved from the BBC to Channel 4 in 2017, also revealed that she and Paul have established a great relationship.

“We are so settled into our roles,” she said. “Paul and I have a really good relationship. I followed his lead but now it’s very even-handed.

“He has been absolutely sweet and so professional to work with.” 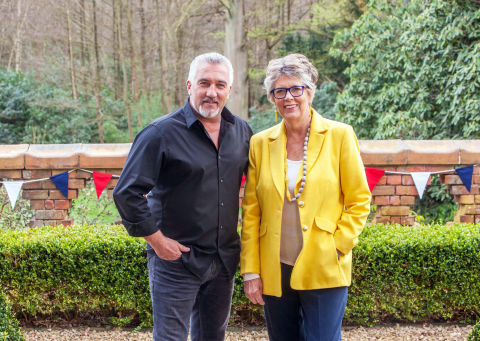 Prue recently revealed that she attempted to pay tribute to Mary during the 2017 series finale in the form of an apron featuring the slogan ‘What Would Mary Do?’ – but she wasn’t allowed to wear it.

“On the day of the finals, I decided to wear an apron that said, ‘What would Mary do?’ I thought it would be hilarious,” she said.

“No-one noticed till they started filming and then I was told to take it off… obviously it wouldn’t have been appropriate.”

The brand new series of Bake Off is very nearly upon us at last, as the famous tent will be pitching up on Channel 4 again on Tuesday, August 28 at 8pm.

Paul and Prue will both be back to judge the bakers’ creations, with Sandi Toksvig and Noel Fielding also returning as hosts.