TV characters’ popularity will typically increase the longer a show is running, but that might not be the case on Grey’s Anatomy.

Fans are beginning to question their feelings of one of the most beloved characters of the hit show due to how the most recent season has been panning out.

This season has brought on challenges and changes in Meredith Grey‘s work and personal life. Meredith Grey’s decisions and actions in season 16 are causing fans to question everything. 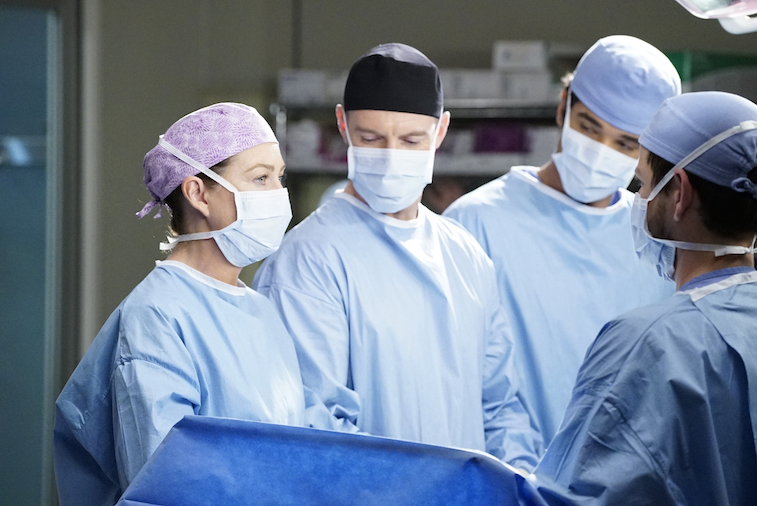 Though all three of the doctors played a role, it is obvious that Meredith Grey was the ring leader from the start. After all, she did use her daughter’s name in the process. Nonetheless, season 16 begins and the doctors are forced to deal with their consequences, or so it would seem.

Meredith Grey’s ability to avoid consequences and punishments is a pet peeve of many fans. Though Grey is completing her sentence through community service she continues to stir the pot. Viewers see Grey bending protocol in typical Meredith fashion.

From medically treating her peers during times when she should be working to stealing supplies from a hospital she no longer works at, fans are wondering where the line is drawn for Ellen Pompeo’s character

Meredith Grey ends up in jail

Maybe the writers of Grey’s Anatomy were beginning to sense the fans’ frustrations of Meredith’s constant capability to escape fate and avoid accountability, but the audience anxiously wondered if a change was coming. During “Breathe Again” viewers got to see Meredith Grey’s court hearing as a result of her ditching her community service hours. Fans were shocked to see that Meredith Grey would be doing jail time.

However, the audience was probably a little less shocked when they realized it was going to be more like a jail slumber party. In “Whistlin’ Past the Graveyard” Meredith Grey finds companionship and perspective in getting to know her cellmate during her brief time in jail.

The episode ends with Meredith getting home just in time to celebrate Halloween with her children. Later down the line, it is revealed that Meredith Grey will be able to keep her license and return to working at Grey Sloan Memorial Hospital.

When season 16 of Grey’s Anatomy begins Meredith Grey and Andrew DeLuca are romantically in a really good place. However, just a few episodes later in “It’s Raining Men”, that doesn’t seem to be the case.

DeLuca’s difficulty to understand Meredith’s inability to consent and do what is asked of her caused some tension between the couple. Meredith began questioning how well DeLuca really knows her, and in “My Shot” she finally received an answer.

DeLuca argued to Meredith Grey that he feared she would never respect him. He also compared himself to Derek Shepherd, Meredith’s dead husband and love of her life. Fans are left wondering could this be credited as DeLuca being insecure, or did Meredith Grey indirectly push away a genuine love interest?

However, based off of a recent character addition, the hope of Meredith Grey and DeLuca’s relationship working out is quickly dwindling. Regardless, it adds to the questionable light Meredith Grey has been portrayed in throughout this current season.

Grey’s Anatomy is known for its loyal fan base, but, as of late, viewers have been unsure how to feel about Meredith Grey. Some are wondering if this is a sign that it is time for the award-winning show to end.

It will be interesting to see how Meredith Grey’s character and storyline continues to develop throughout season 16. Grey’s Anatomy will return to the air for new episodes on Thursday, January 23, 2020.