Home » TV & Movies » Have There Been Too Many Star Wars? Disney's President Thinks So

After eight Star Wars films and two spin-off movies, the Star Wars franchise is massive. That’s not even counting the TV shows it spawned, too. Basically, if you’re a fan of the saga, you’re living in luxury. But others might think that too many were released too close together. One of those is Bob Iger, Disney’s CEO. 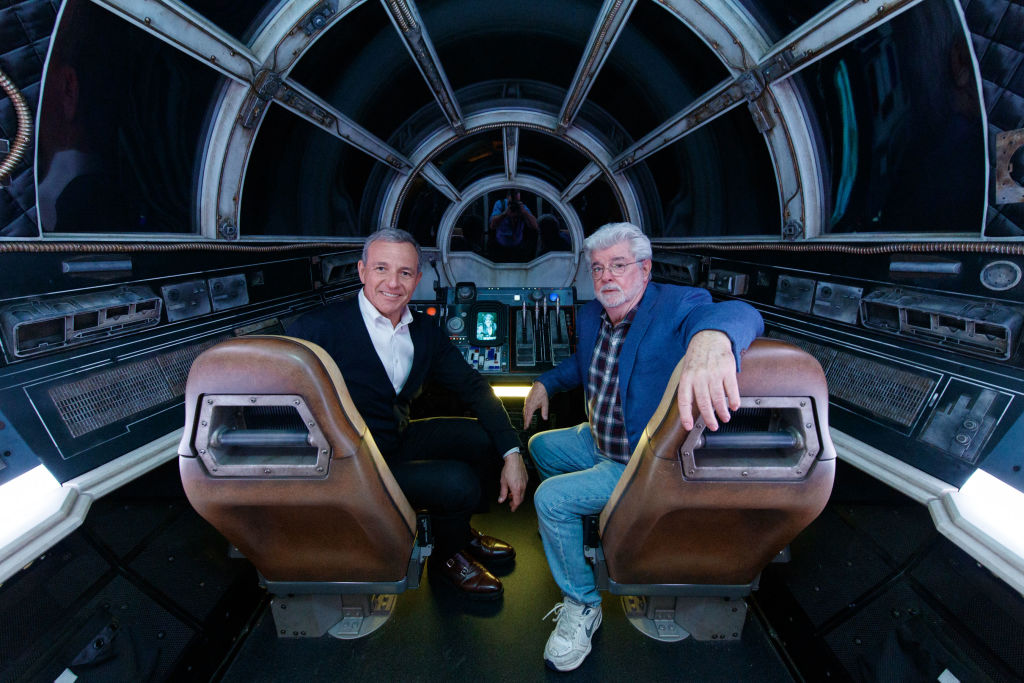 Last September, Iger told The Hollywood Reporter that timing on a few of the most recent Star Wars films were a bit too tight, and he was worried about fatigue when it came to the franchise. But now he’s clarifying those statements.

“I have said publicly that I think we made and released too many Star Wars films over a short period of time,” he told BBC Radio, according to Slashfilm. “I have not said that they were disappointing in any way. I’ve not said that I’m disappointed in their performance. I just think that there’s something so special about a Star Wars film, and less is more.”

So don’t worry, Iger doesn’t hate your favorite galaxy far, far away. But he might be on to something with the “less is more” idea. While almost all the more recent Star Wars movies have done really well at the box office, Solo: A Star Wars Story certainly is a good example of a movie not as many people wanted to see. Vanity Fair called it “the first Star Wars movie to flop,” as seen by its 65 percent drop in revenue from in just one weekend after it opened.

What did the Disney boss originally say about ‘Star Wars’ movies?

Iger was clarifying his statements from Sept. 2018, when he talked to The Hollywood Reporter about a lot of things, including Star Wars.

I made the timing decision, and as I look back, I think the mistake that I made — I take the blame — was a little too much, too fast. You can expect some slowdown, but that doesn’t mean we’re not gonna make films… we are just at the point where we’re gonna start making decisions about what comes next after J.J.’s. But I think we’re gonna be a little bit more careful about volume and timing. And the buck stops here on that.

But now that he’s clarified what he meant, there were no ill words intended. Just from a business standpoint, they might want to slow their roll.

What’s next for ‘Star Wars’?

In that comment from September of 2018, Iger mentioned a few upcoming projects, including David Benioff and D.B. Weiss’ Star Wars project, which is now canceled. But there’s still the Kevin Feige film he’s developing, and one by Rian Johnson as well.

Feige’s project, specifically, has caused a lot of hype and rumors about who will be in it and what it could be about. Even though none of that will be known for a while, his announcement shared a little more perspective on where Lucasfilm and Kathleen Kennedy are going with future movies.

We are excited about the projects Kathy and the Lucasfilm team are working on, not only in terms of Star Wars but also Indiana Jones and reaching into other parts of the company including Children of Blood and Bone with Emma Watts and Fox. With the close of the Skywalker Saga, Kathy is pursuing a new era in Star Wars storytelling, and knowing what a die-hard fan Kevin is, it made sense for these two extraordinary producers to work on a Star Wars film together.

So while no one said they hated the Star Wars films that have been made, do expect some time until another lightsaber pops up on the big screen. It should be worth the wait, though.