You won’t see a more charming film this year than Disney’s Christopher Robin. Fact. Yet behind the scenes, things got increasingly creepy in a shoot worthy of the director of World War Z.

“I thought it was interesting that you take someone who has done World War Z and Quantum of Solace and Monster’s Ball and then they do something like Christopher Robin,” says Hayley Atwell, who plays the wife of the title character in the movie. 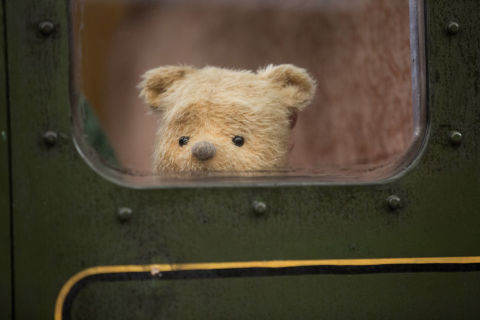 We may have to wait until the home entertainment release to see director Marc Forster strip back his puppets, but for now we have Atwell’s description to chill our bones.

Things start playfully enough, with the cast acting against stuffed animals that look exactly like the characters in the film (obviously without the movement or expressions). A group of young actors voiced these animals off-camera to bring them more fully to life.

“These actors were also improvising a little bit so we were getting the personality of these characters through them, while we were looking at the stuffed animals,” she tells Digital Spy.

“Once you figure out what you’re doing with that and the stuffed animal parts are done, then you come in and there are the headless, hairless versions of them. That shot was for the digital effects department but it looked a little bit like we were shooting a Guillermo del Toro horror movie.” 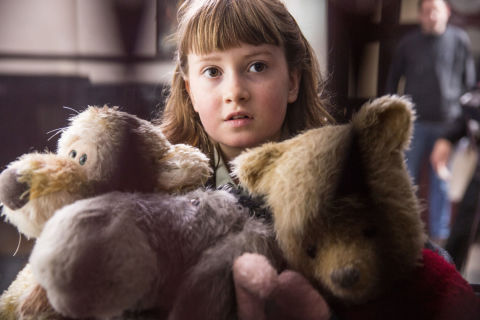 And it doesn’t stop there…

“Then you had one that was no limbs and one that was like a steel rod with a light on the end of it and every time the light came on that’s when they spoke. Then sometimes you had nothing. But the initial scene we did was always the one in which we had as much of the personality of the animated stuffed animals as possible, so by the time you got to nothing you knew what you were doing.”

Does Atwell think we’ll get to see these stripped-back scenes for ourselves?

“Director’s cut – that will definitely be a Marc Forster film,” she jokes.

Christopher Robin is out now in the US and opens in cinemas in the UK on August 17. Book tickets here.