FOX’s latest effort to revive the 24 franchise, following the short-lived misfire 24: Legacy, will bring Jack Bauer back to the series. But original series lead Kiefer Sutherland isn’t expected to return.

Instead, a prequel series focusing on a younger version of Bauer is currently in the early stages of development, with 24 creators Joel Surnow and Robert Cochran and veteran series producer Howard Gordon attached.

But what was Jack up to in the years before Day One? Could elements from his established backstory serve as inspiration for the prequel? We’ve dug his personnel file out of the CTU archives to find out. 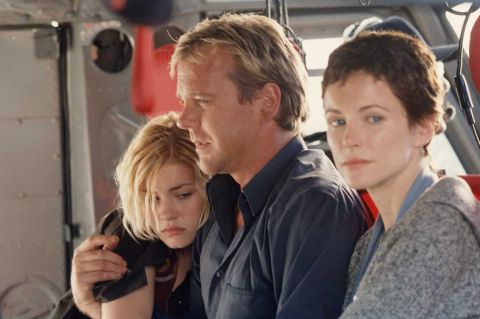 Jack’s childhood, adolescence and early adulthood have been touched upon in past seasons of 24: Day Six established his difficult relationships with father Phillip (then played by James Cromwell) and brother Graem (Paul McCrane), and also saw Jack reunited with old flame Marilyn (Rena Sofer)

Their teenage fling ended when Jack signed up for military service and he later met future wife Teri (played in Day One by Leslie Hope) when she was working as a graphic artist in Los Angeles. The pair had one daughter, Kim (Elisha Cuthbert), who was born 15 years prior to the events of Day One.

But these early romances and family quarrels wouldn’t appear to offer up much in the way of potential storylines – this isn’t This Is Us – so we can probably rule out Sutherland’s replacement being in his late teens / early 20s. 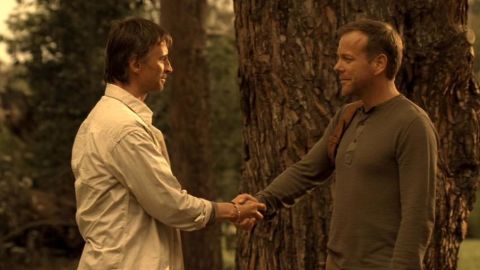 TV movie 24: Redemption – which bridged the gap between the show’s sixth and seventh seasons – introduced Carl Benton (Robert Carlyle), an old military ally and close friend of Jack’s. Day Eight, meanwhile, revealed that Jack served alongside James Ricker (Michael Madsen) while in the Green Berets, saving Ricker’s life during an operation in Damascus.

Bauer’s association with both men is only briefly touched upon in the grand scheme of things, so there’s definite potential to dig deeper here and for Benton and / or Ricker to reappear in the prequel, played by younger actors.

Joining up with CTU 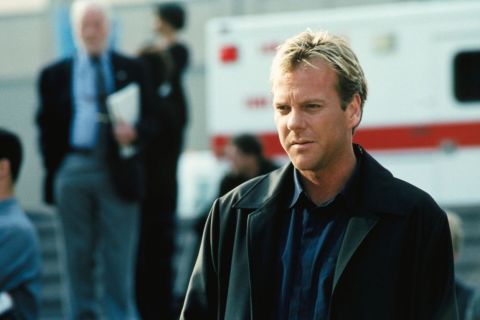 Jack was later recruited to join the Counter Terrorist Unit by mentor Richard Walsh (played in Day One by Michael O’Neill) and Walsh’s colleague Christopher Henderson.

Henderson was eventually revealed to be selling classified information to defence contractors and was fired from CTU, with Jack blowing the whistle on his corrupt comrade, bringing their friendship to an abrupt end. (This narrative served as the backdrop to Day Five, in which Henderson – played by Peter Weller – resurfaced as a major antagonist.) 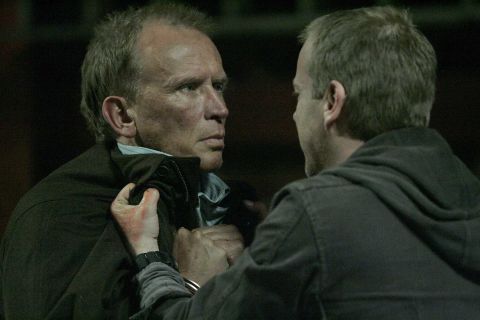 This wasn’t the only time Jack exposed corruption within CTU either: Day One detailed how he’d become estranged from other operatives, including Tony Almeida (Carlos Bernard) and sniper Teddy Hanlin (Kirk Baltz), after turning over Hanlin’s partner Seth Campbell and two other agents for taking bribes.

It might not have made him many friends, but Jack’s strong moral code saw him quickly rise up the ranks and he was promoted to Director of CTU Los Angeles prior to the events of Day One.

Again, there’d be scope here for exploring Jack’s days as a firebrand CTU rookie, rooting out double-dealing co-workers, all the while unaware that the worst of them all – the murderous turncoat Nina Myers (as originally played by Sarah Clarke) – is right under his nose. 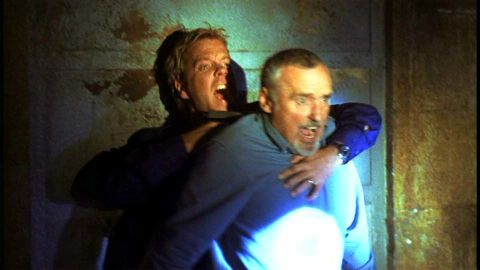 Prior to his television exploits, the time in Jack’s life that we know the most about is a period two years prior to Day One, when he was reactivated by Delta Force to carry out a mission in Kosovo. This operation, codenamed “Nightfall”, would have repercussions that were explored in both Day One and Day Three.

The mission went badly wrong – Jack’s team were ambushed, with Bauer for years believing he was the only survivor, and while Drazen was apparently killed in an explosion, his wife and daughter were also caught in the blast.

In fact, Drazen’s body double was the one killed, with an older Victor (played by Dennis Hopper) returning to seek vengeance on both Jack and David Palmer as the chief villain of Day One. 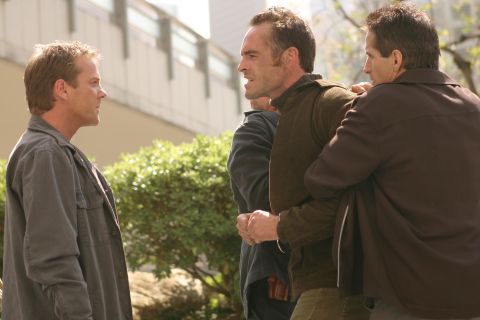 British recruit Saunders likewise survived, but was held prisoner and tortured by the Bosnian secret police for two years. With the US government refusing to negotiate for his freedom, an embittered Saunders also sought revenge upon his eventual release – having purchased the deadly Cordilla virus, he used the pathogen to hold entire American cities hostage, forcing both Jack and now-President David Palmer to carry out his terrorist demands (as seen in Day Three).

In the aftermath of Operation Nightfall, a traumatised Jack grew increasingly distant from his family, with he and wife Teri becoming estranged. Though they would eventually reconcile, Jack had an affair with Nina during the separation, casting a shadow over his already-troubled marriage (as detailed in Day One). 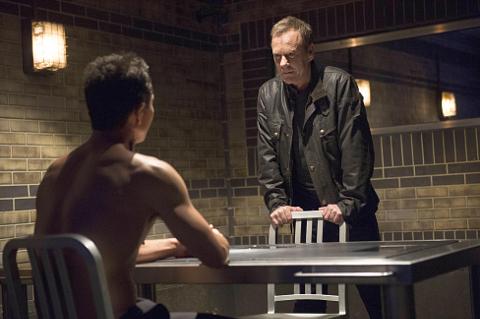 Though it makes for a thrilling backstory, the fact that 24 has revisited this time in Jack’s life more than once, and that the events of Nightfall have been so clearly chronicled in the past, means it might be tough for any TV series based off these events to deliver any real surprises.

With his early life surprisingly tranquil and events immediately prior to Day One having been detailed so thoroughly, our money’s on the new prequel taking place somewhere inbetween – during a twenty-something Jack’s military career and / or his early days at CTU.

Both of these remain mostly uncharted territory for the series and, Kiefer or no Kiefer, we’d be keen to see these ‘lost’ days of Jack Bauer’s life brought to life on screen.

So get a shift on, FOX. The clock, as ever, is ticking.