WWE fans in the UK are less than a week away from having their own show launching on the WWE Network.

First unveiled this past summer, the sports entertainment giant has finally announced that it will be launching its all-new NXT UK show exclusively on the Network beginning next Wednesday (October 17).

The first episode will be premiering on the WWE Network at 8pm GMT/3pm ET/12pm PT, and will feature Nigel McGuinness and Vic Joseph calling all of the action at ringside. Cannonball and Blue Peter‘s Radzi Chinyanganya will even be on hand as an interviewer! 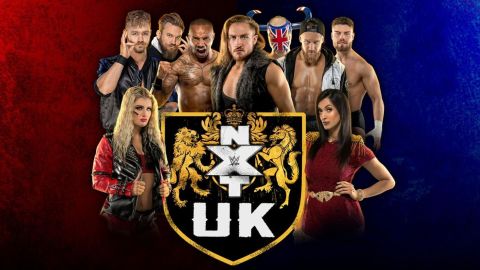 Each week, the WWE Universe will get to see WWE United Kingdom Champion Pete Dunne try to keep his grip on the title as he clashes with the likes of Tyler Bate, Wolfgang and more.

Of course, NXT UK Women’s Champion Rhea Ripley as well as challengers such as Toni Storm and Xia Brookside will be a part of each episode too.

“NXT UK is the next step in our global localisation strategy, and we are proud to do this in a place where WWE has had a special relationship for more than 30 years,” WWE executive vice president Triple H said on Thursday (October 11). 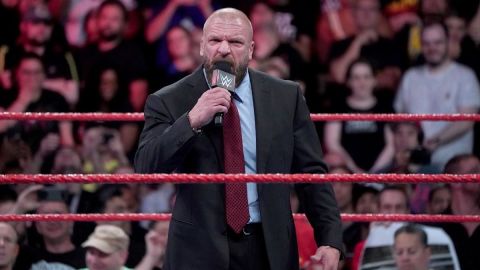 Triple H is handing over control of the NXT UK brand to General Manager Johnny Saint, a legend of the ring whose roots in TV wrestling date all the way back to World of Sport in the 1970s.

Earlier this year, Triple H credited the talent coming out of the UK like Pete Dunne and Zack Gibson with inspiring WWE main roster stars to step up their game in the ring. 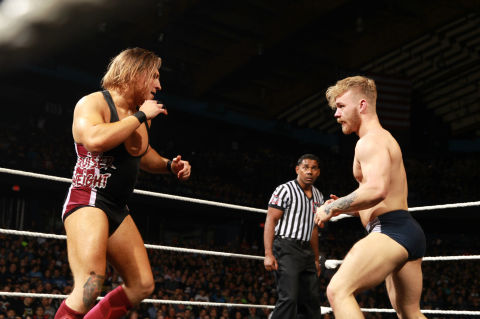 “And then the guys on the main roster are going, ‘We gotta step up, because here they come’. That level of competitiveness drives everybody to excel – when everyone gets complacent and there’s nothing chomping at your backside, it’s easy to just coast.

“But when you have that competition everybody excels.”

Before next week’s launch of NXT UK, check out Digital Spy‘s recent interview with WWE United Kingdom Champion Pete Dunne, where he shares his passionate views on why the company isn’t killing off smaller promotions.