“Hold the Dark” director Jeremy Saulnier wasn’t messing around when it came time to followup his tense thriller “Green Room.” First stop: go outside. Saulnier’s 2015 film is mostly set in an eponymous waiting room in a Portland club that just so happens to be a Nazi haven, and follows a punk rock band as they try to get the hell out of it. After months working with such constraints, Saulnier went to the opposite extreme with a thriller set in the Alaskan wilderness and based on the novel of the same name by William Giraldi.

Saulnier told IndieWire he “absolutely” wanted to do something different after “Green Room,” though he laughed when recounting just how different the actual production of “Hold the Dark” proved to be. “Flash forward to me, the cast, and crew in negative 30-degree Celsius weather — be careful what you wish for — but yeah, I wanted to break out,” he said.

The filmmaker, who wrote all three of his previous directorial efforts, said that he’d been on the hunt for material to adapt to his style of moviemaking, though it hadn’t proven to be an easy ask. “The way I make movies, there’s a certain amount of immediacy and simplicity and kinetic visual attraction to the stories, and that’s often hard to immediately see when you’re doing literary adaptations,” he said. “‘With ‘Hold the Dark,’ I read it and it was all right there. It read very cinematically, it was atmospheric. … It spoke to me like all the films I end up doing, on an intuitive, impulsive level.”

Saulnier has a natural disdain for overly flowery prose — “voluminous” literature is not his bag — but he found that Giraldi’s writing spoke directly to his sensibilities. It is “extremely elegant, but also refreshingly sparse,” he said. The story follows a wolf expert (Jeffrey Wright) who travels to a remote Alaska town to investigate a series of missing children cases, believed to be the product of wolves literally stealing the town’s kids. The film also stars Alexander Skarsgard and Riley Keough.

While finding the right material was tough, Saulnier said he was pleased to finally have the chance to write a script that had such a compelling starting point. “You don’t have to labor through the terrible dialogue that you first sketch out,” he said with a laugh. “It’s all there.”

For Saulnier, the experience of making “Green Room” was “so constructed and every single line was dialed in,” allowing him to keep “insane amounts of control.” He couldn’t do that with “Hold the Dark.” “It was a huge challenge, but I think I needed it just to get some fresh air, so to speak,” he said.

And get some fresh air he did, thanks to a production that took him from Canada to Morocco and back again. And that’s to say nothing of the animals required for a film that’s centered around something as daunting as wild wolf attacks. 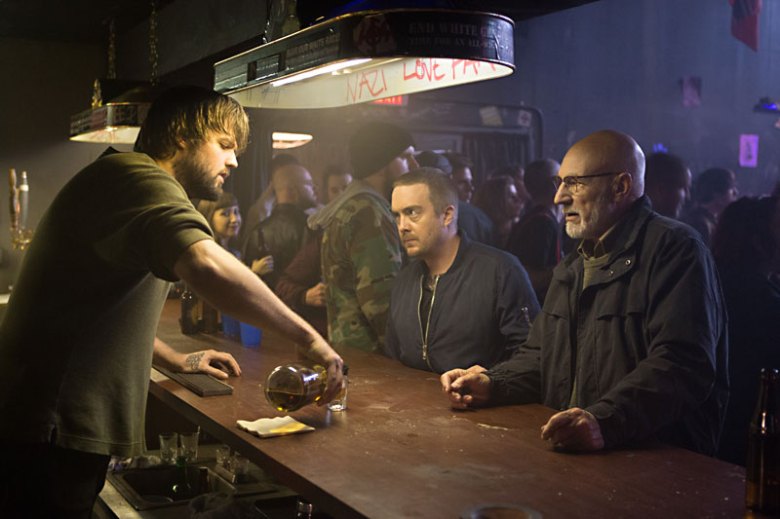 “There’s scenes in the Iraq War,” he said. “There’s a lot of outback Alaskan landscapes. There’s aerial sequences. We’re dealing with bison and lynxes and wolves and all kinds of creatures. That was great to not build a contained environment and really milk it for all it’s worth like I did in ‘Green Room,’ but really bend my will around the landscape and the needs of the animals and to keep it very grounded and realistic, and not indulge in artificiality and exactly what I wanted every time.”

Still, Saulnier’s instincts did help him prepare for stuff that could have proven more daunting. “The things that I feared the most did not come into play,” Saulnier said. “It was basically, you hear about harsh conditions and animals and that being tough, and pyrotechnics and blowing up a whole village or whatever it was, but those were easy because you’re so scared going in that you over-prep. They seem like a piece of cake compared to everything else.”

He learned to adapt under the circumstances. “When you are under the gun trying to punch above your weight class, the epic scale of the movie versus your budget, you have to conform,” he said. “You definitely don’t have to retreat or concede; you have to bend to the will of the universe.”

Another change from “Green Room”: The new movie marks Saulnier’s first with Netflix, which came on board to produce the feature in pre-production. While Saulnier has risen in the Hollywood ranks when it comes to his distributors — “Murder Party” and “Blue Ruin” were both made independently before going to small distributors, Broad Green financed “Green Room” before selling it to A24 — he’s got nothing but good words for the streaming giant.

“Netflix is just a great creative partner,” he said. “When I’m attached to material, when I find something that really hits me at the bone marrow level like this story did, the only mission is to make it with the partner who’s going to provide the most resources so you can fully realize it. And Netflix was, without a doubt, the best partner for this movie.”

Another thing that doesn’t hurt: all those Netflix members, a worldwide audience that will be able to watch Saulnier’s film instantly when it hits the streaming platform in late September. “This movie will see, in its first week of release, more eyes than all of my films combined in the theater,” he said.

First, though, the movie has its world premiere at next month’s Toronto International Film Festival, where it will debut in the festival’s Midnight Madness section (where “Green Room” had its North American premiere). One thing hasn’t changed for Saulnier: wanting to experience the intensity in a big room, with a ton of people.

“I’m not allowed to sit side-by-side with all the people who see my movie, whether it’s theatrical or streaming platforms or what have you, but I just love that electric charge when you world premiere a movie,” he said. “And this venue is going to be huge, it’s going to be over a thousand people. … It’s going to be a chance to see the film in all its cinematic glory with our DCP and our super sexy sound mix. …This is a two-year journey for me and so I’m just going to be focusing on celebrating and honoring everyone who worked so hard on it, and giving it a nice, quick launch.”

Check out IndieWire’s exclusive first poster for “Hold the Dark” below. 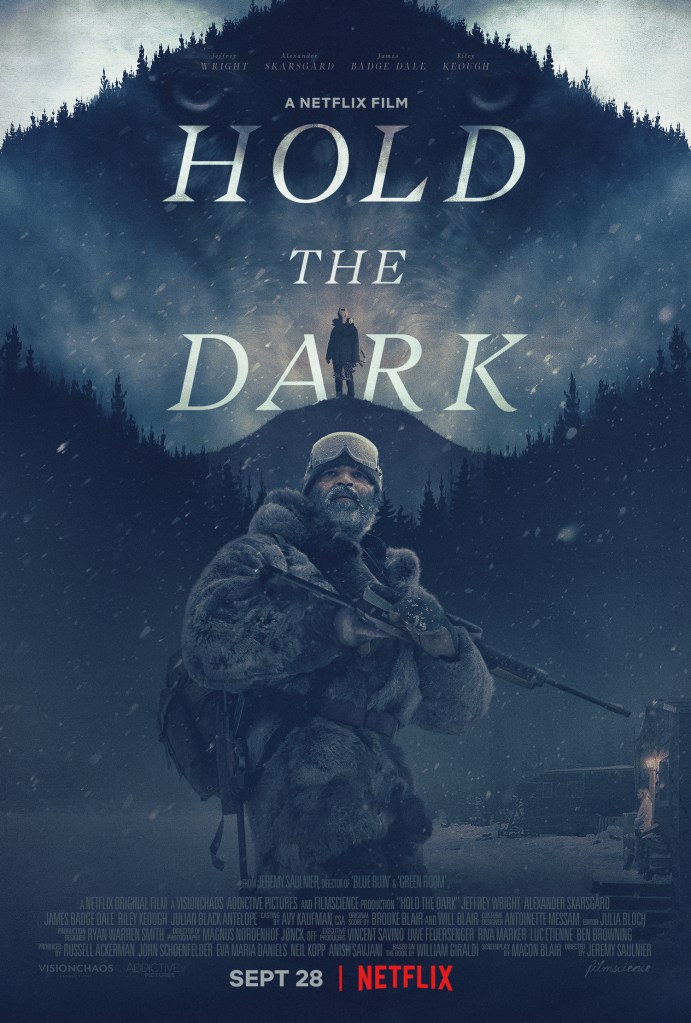 “Hold the Dark” will have its world premiere at the Toronto International Film Festival next month. It will be available for streaming on Netflix on Friday, September 28.