The This Morning presenter erupted into a fit of laughter at the back of the cab after her girls night out on the town. 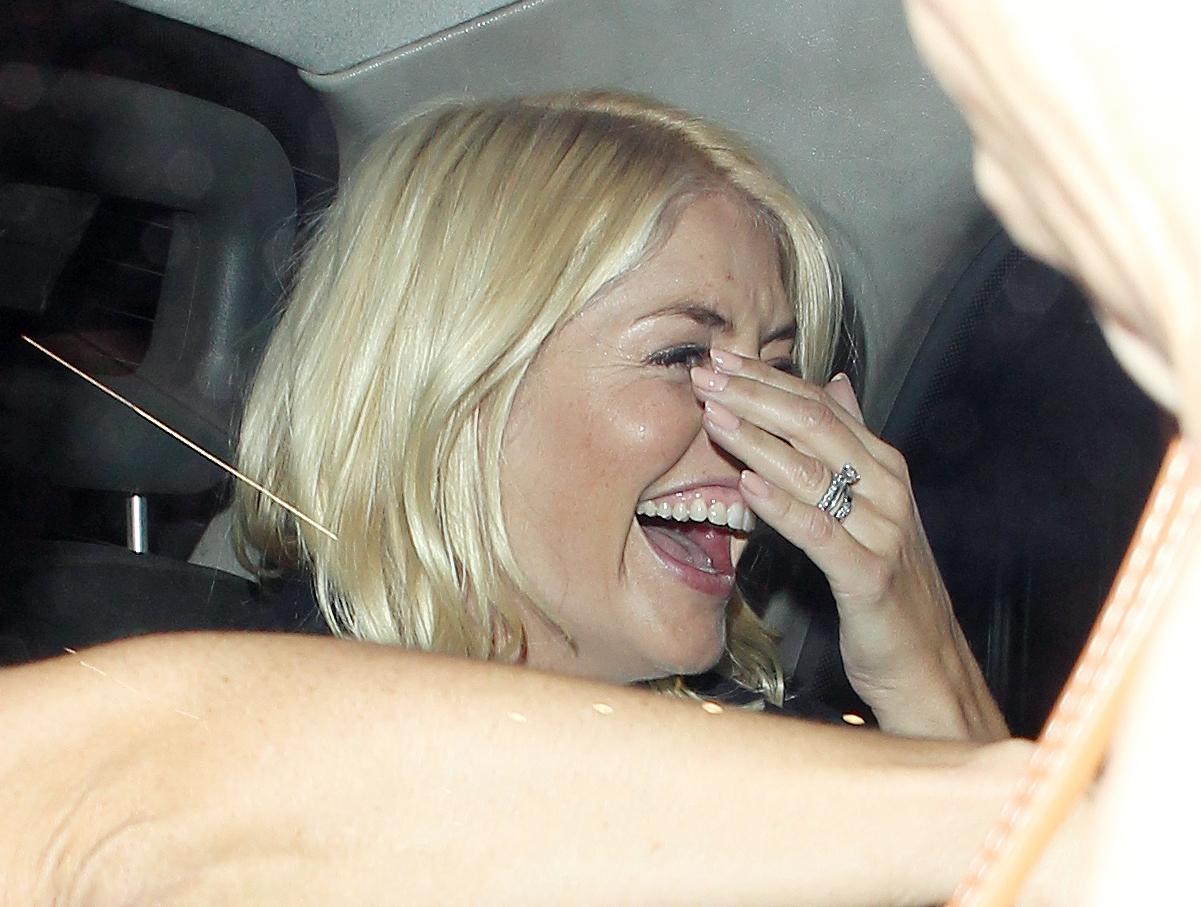 The blonde bombshell,37, had been enjoying ladies' night with her sister and two other pals.

She had earlier taken to her Instagram to post a pic of the girly dinner to her 4 million followers.

Joined by her sister and fellow siblings – the Denison's – Holly captioned the pic: 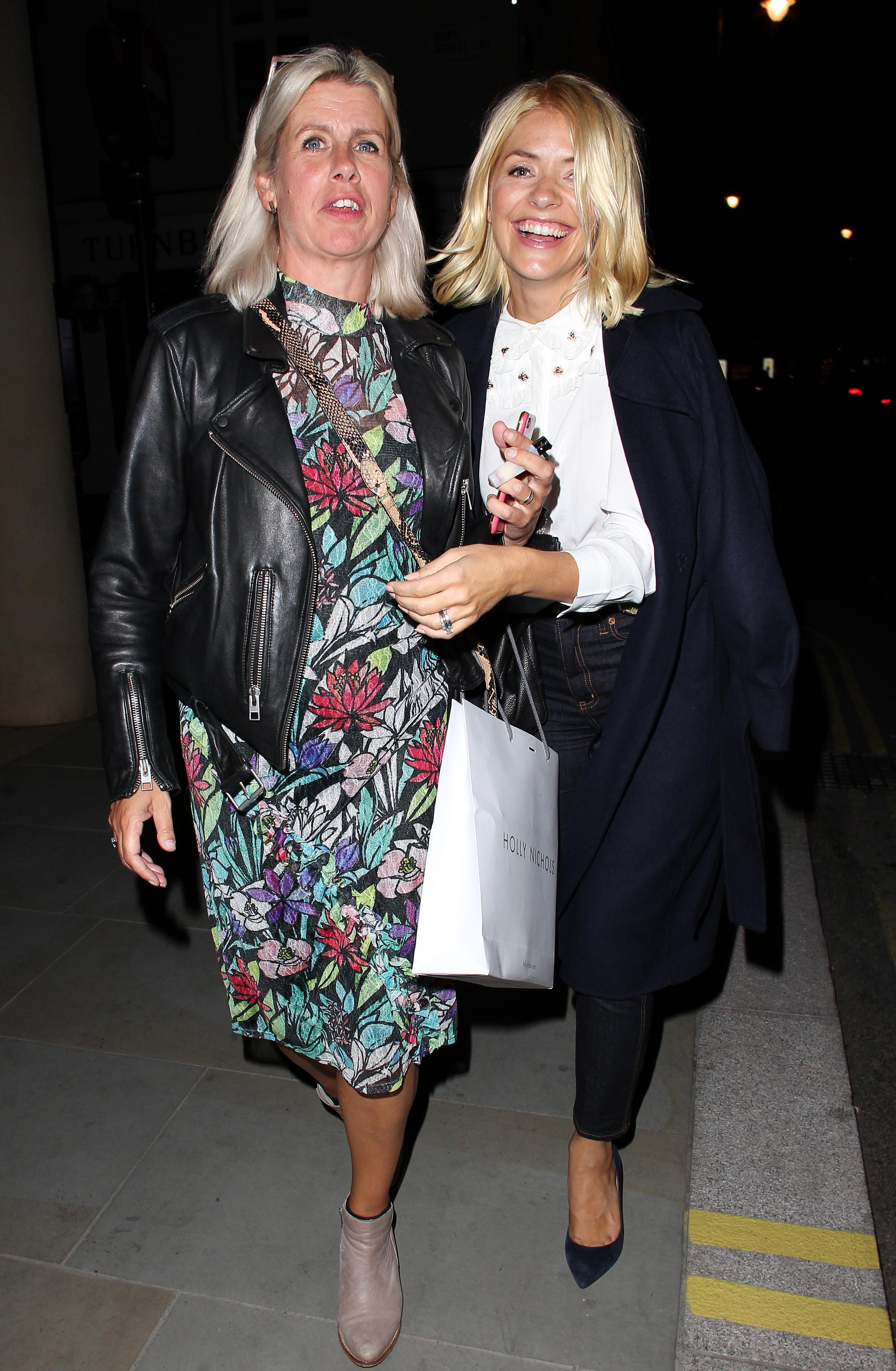 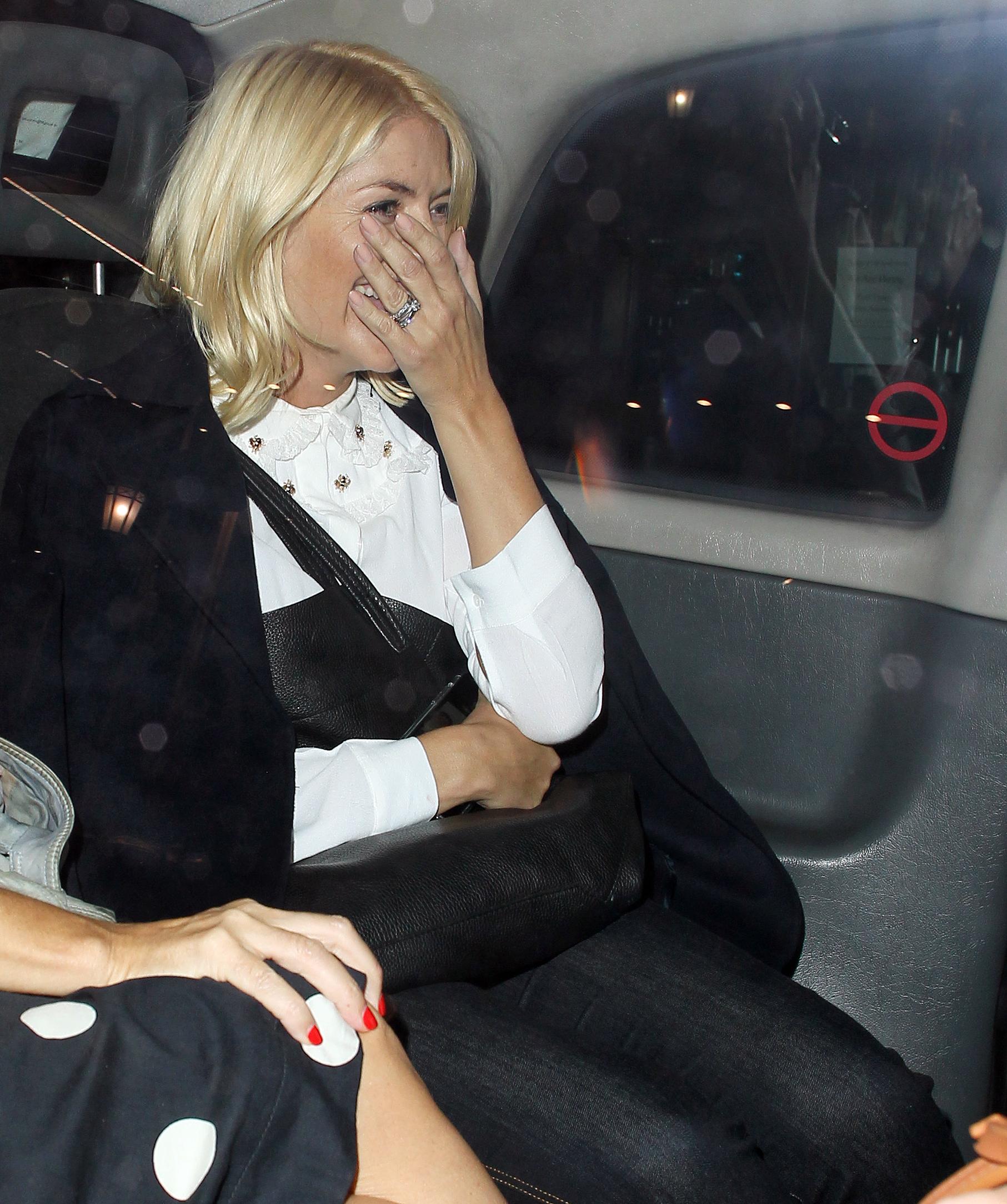 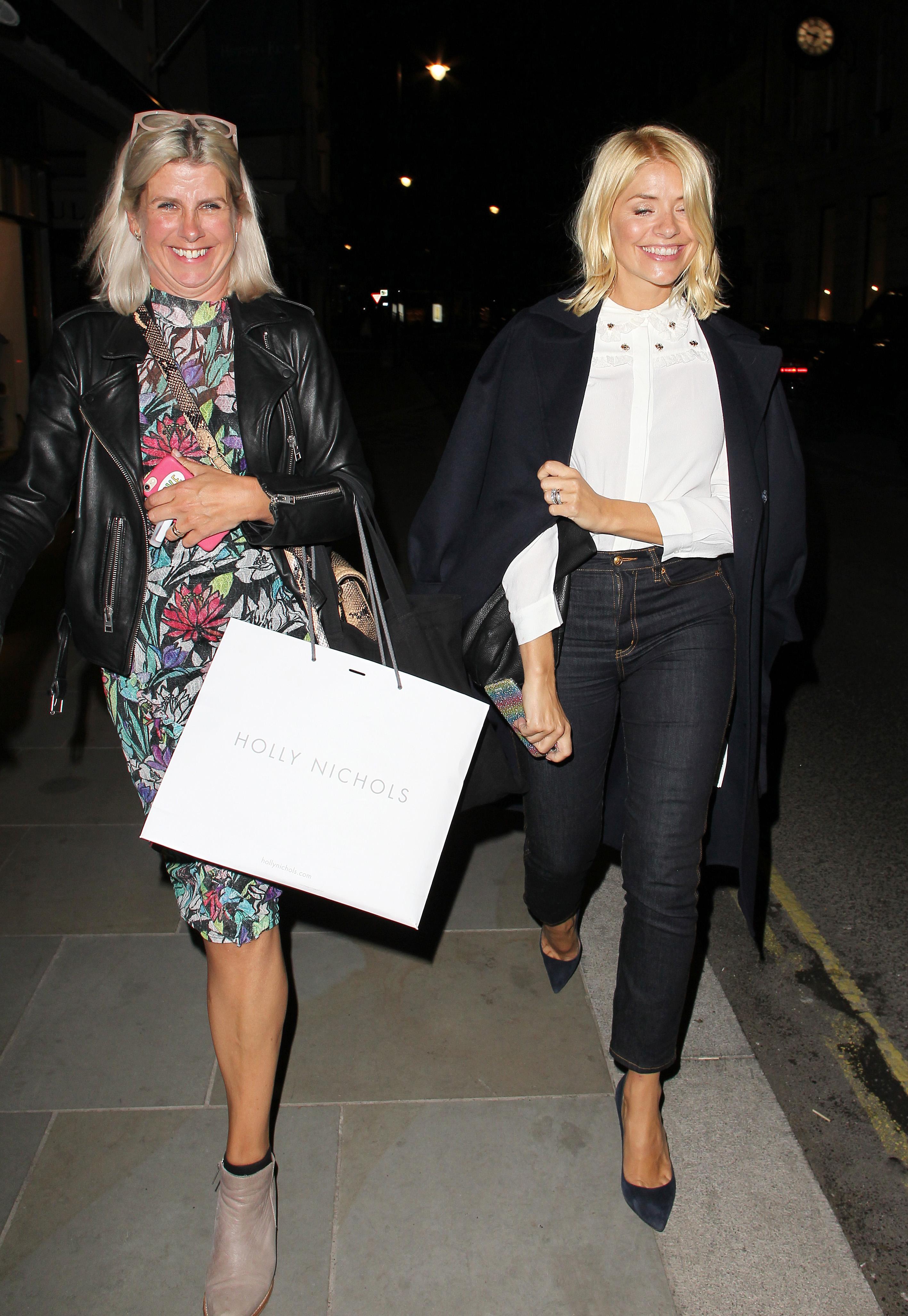 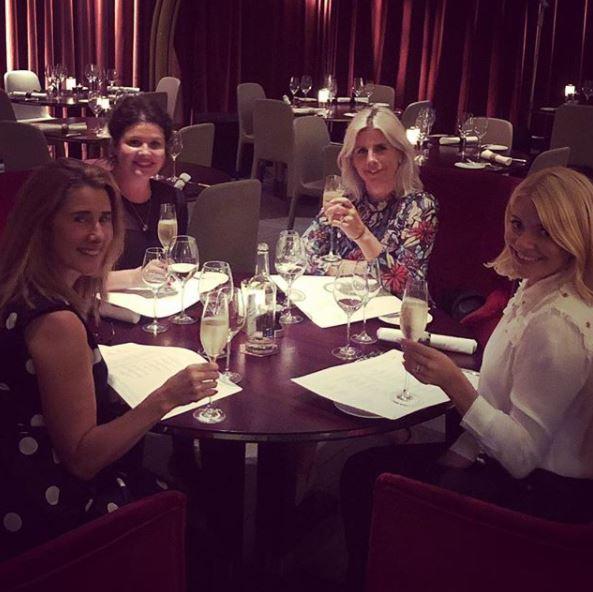 "Sisters are doing it for themselves…#denison's vs #willoughby's #quaglino's."

And it looked like it was an enjoyably night had by all as Holly toddled down the street to a waiting cab.

Holly rocked a white shirt, jeans and heels and added a navy overcoat to complete the chic look.

Her companion opted for a more summery vibe – wearing a floral dress which she dressed up with a rock chick leather jacket and ankle boots. 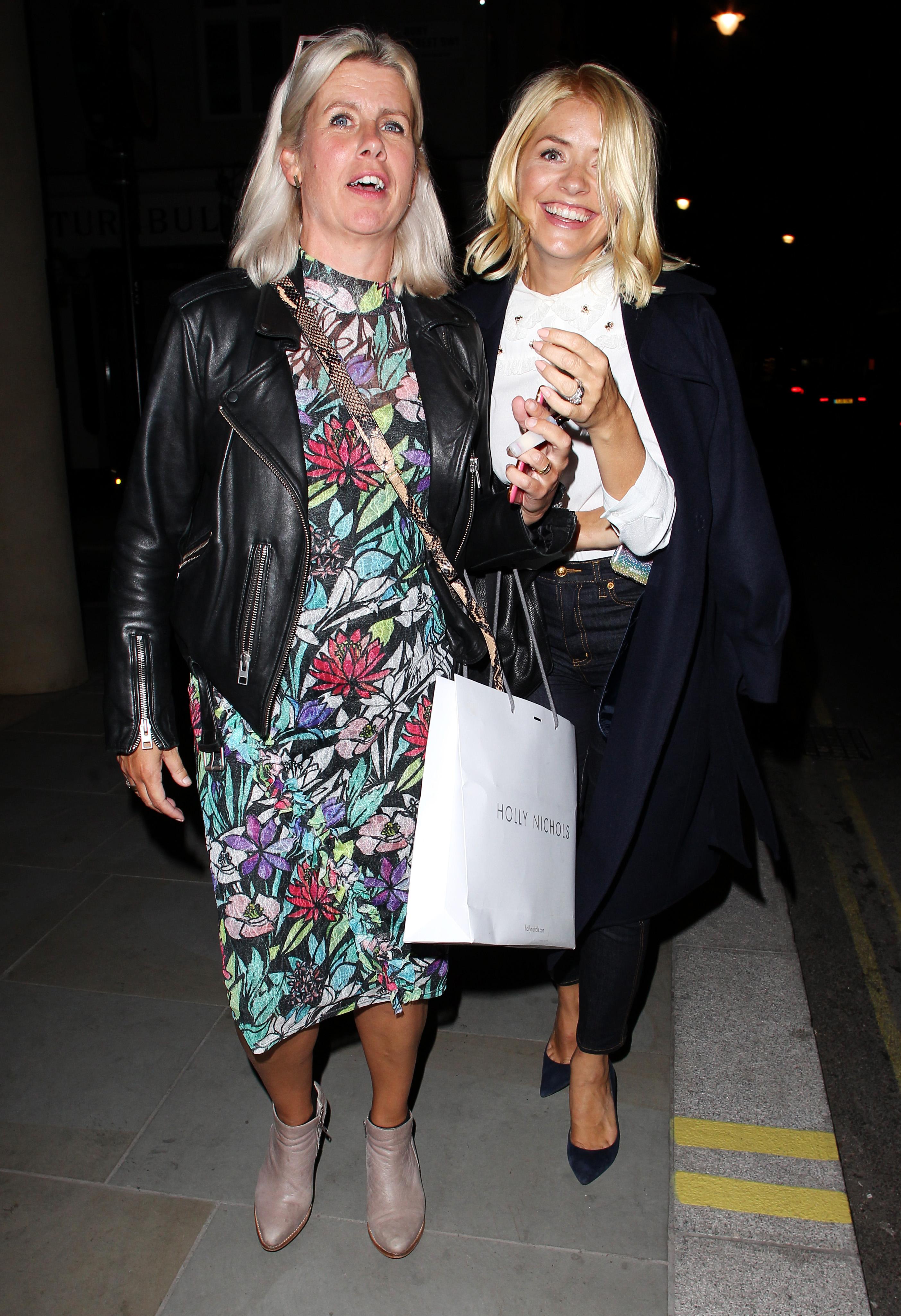 Holly was clearly letting her hair down after earlier erupting into laughter when she made a rude joke live on This Morning without realising her mic was still on.

The 37-year-old made a quip to Phillip Schofield unaware that the other studio could hear her every word because her mic was still on.

But as they went live to the Loose Women, Ruth Langsford quickly revealed that they knew exactly what she was laughing at – and it was too rude to repeat on the telly.

After making her naughty joke, Holly attempted to keep a straight face as she did the link to the Loose ladies.

Despite her best efforts, Ruth told her: “We know what you are laughing at. We heard you in the break and unfortunately we can’t share it with people, it’s far too rude Holly Willoughby and Phillip Schofield.

“But it was very funny we had a right old laugh in here.”