Luke's son Ollie broke viewers' hearts last night as he finally told his dad about the grooming and abuse Buster Smith had been putting him through. 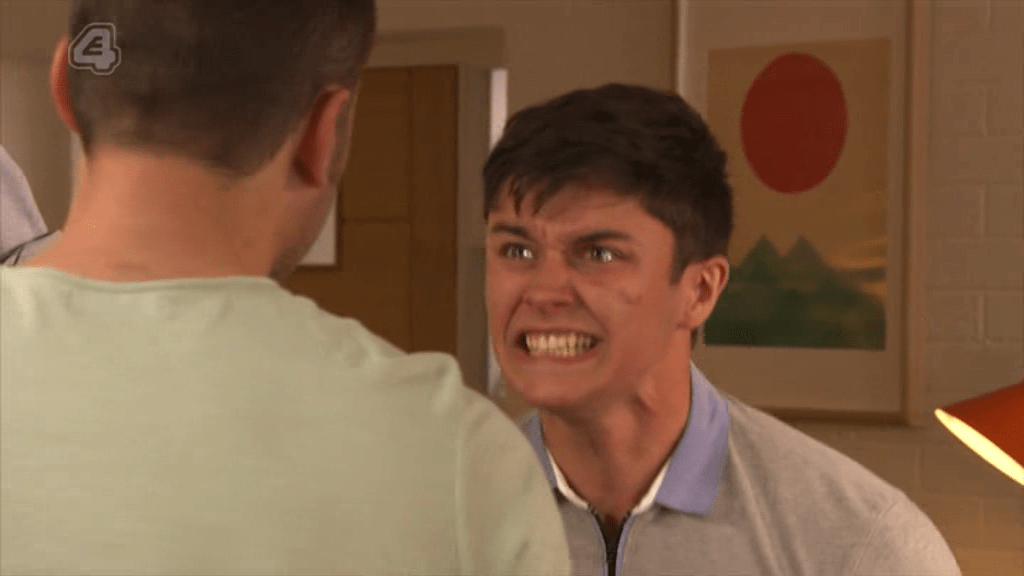 But after opening up and revealing that Buster had made indecent images of him, Ollie was left utterly broken in tonight's episode when it became clear that all of Luke's insistence that he would help had disappeared.

Instead hungover Luke didn't remember a word of what Ollie had said and fans were justifiably furious at his behaviour.

A second upset viewer commented: "I knew it. He poured his heart out to a bleary drunk #Hollyoaks" 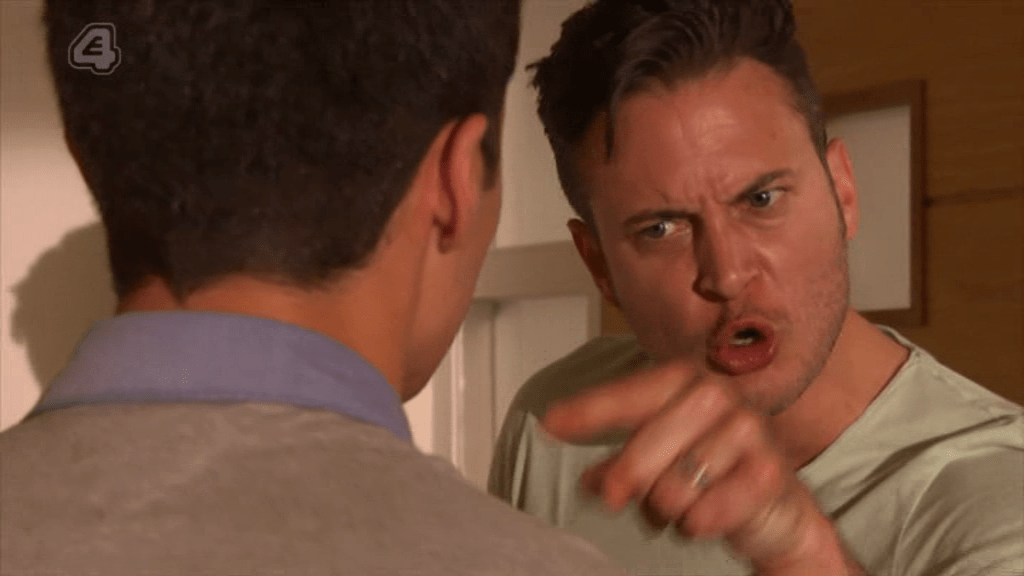 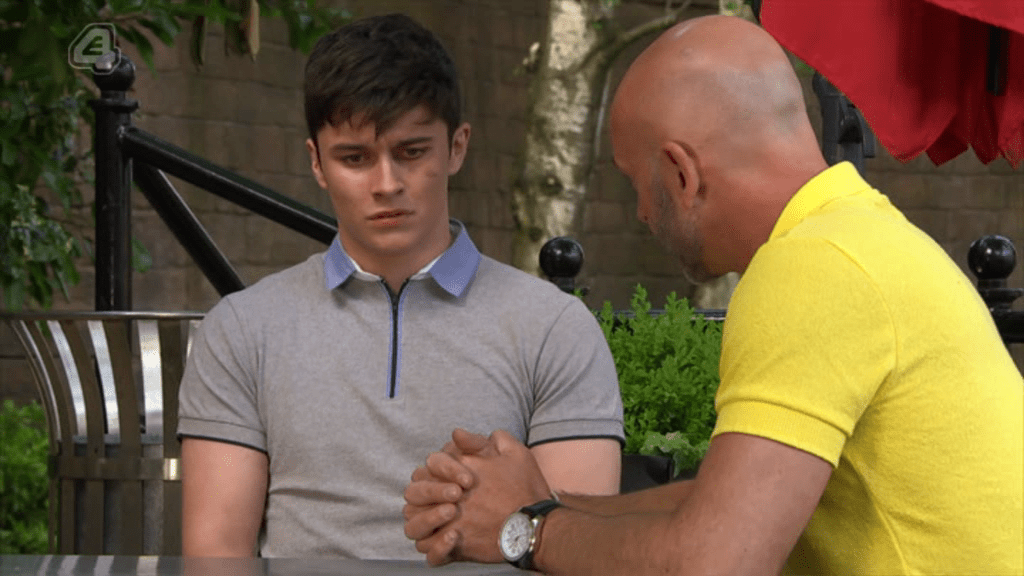 Other viewers were completely devastated by Ollie's devastation as he railed at his dad's alcoholism and asked why he wasn't enough to make his dad quit.

"Anyone else just wanna jump into their TVs and give Ollie a hug?" asked one viewer.

A second added: "#Hollyoaks can someone please just save Ollie before my heart breaks into a million and one pieces and cannot be put back together."

Another said: "Watching Ollie and Luke is so heartbreaking and upsetting."

However other fans were impressed that Hollyoaks were tackling such a hard-hitting subject at such an early time in the evening.

One said: "@Hollyoaks The storyline with Ollie and Buster is very hard-hitting. It's great to see you portraying this storyline so professionally, realistically and sensitively. You do fantastic with awareness storylines! Let's thank @aedanduckworthh and @natsus for their roles. #Hollyoaks" 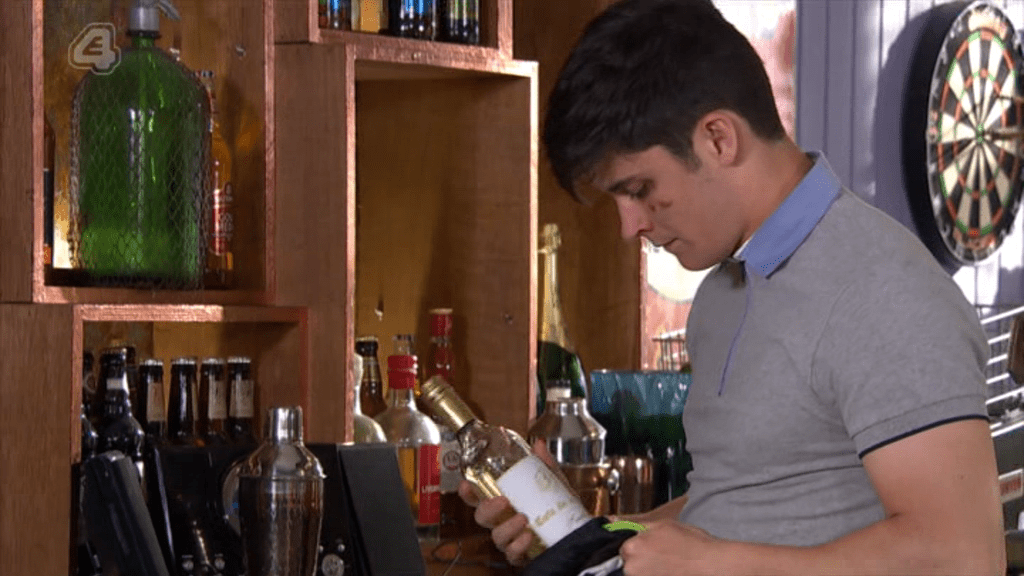 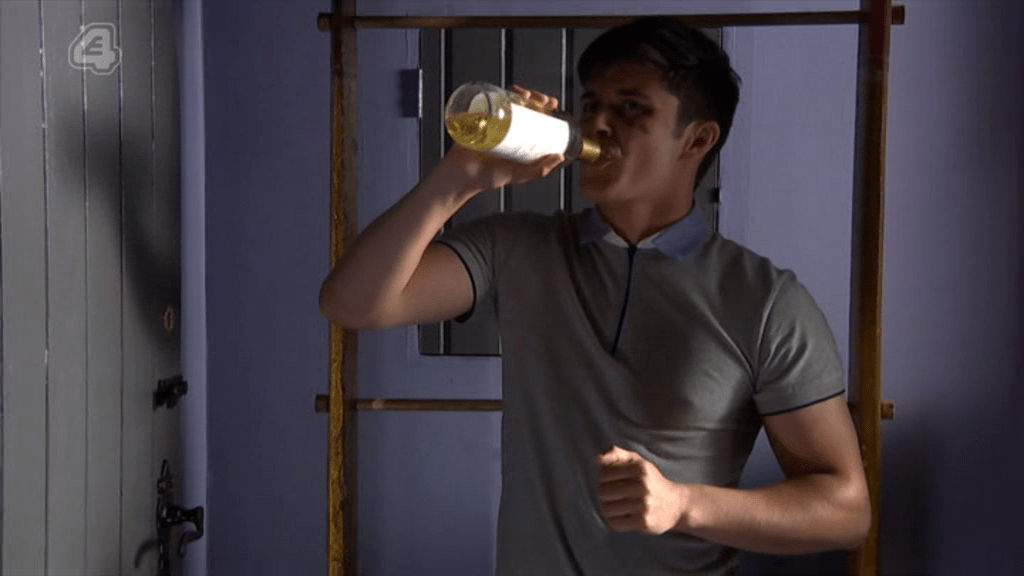 However at the end of the episode, there was a devastating twist as Ollie took his dad's words that drinking helped him cope with his own rape.

He stole a bottle of wine from the restaurant and began drinking in secret.