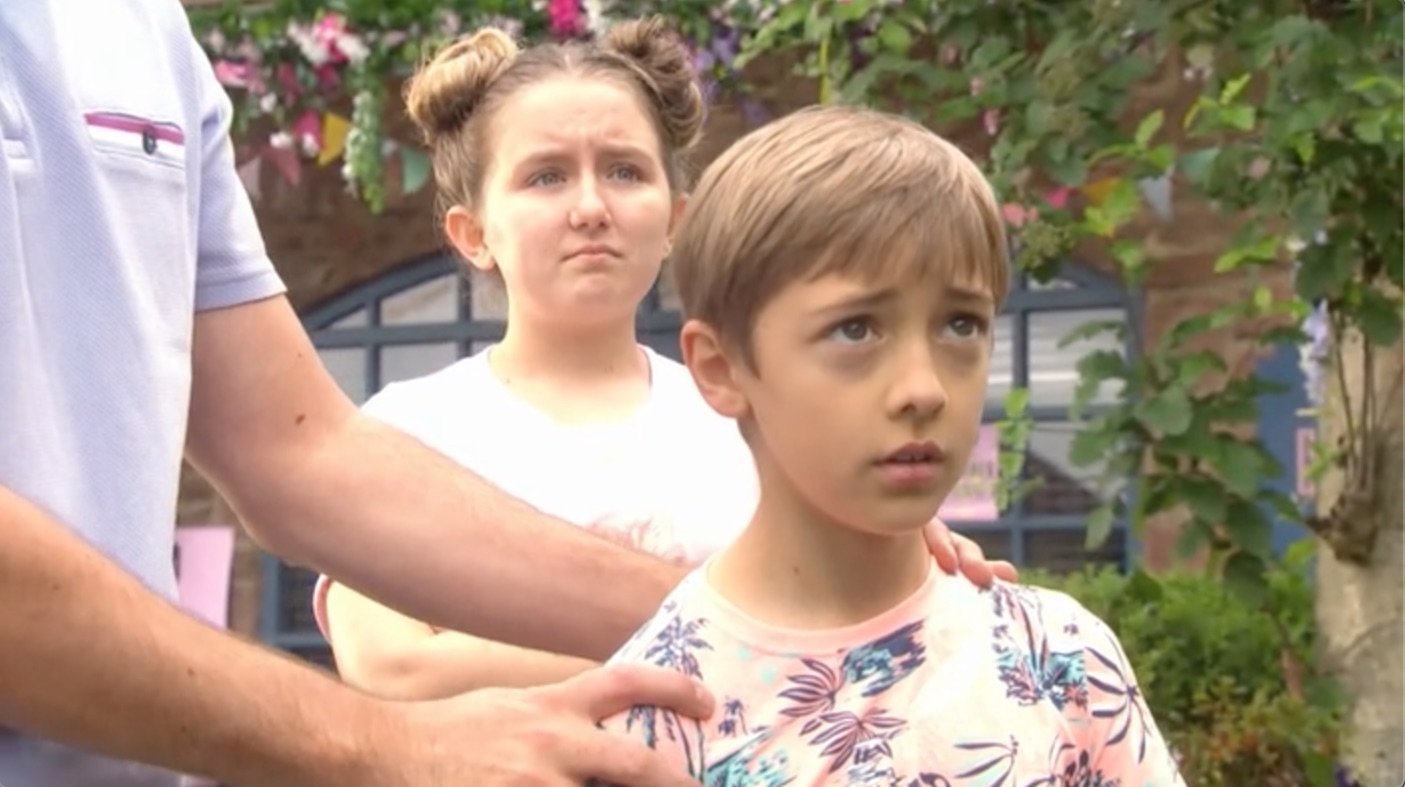 Lucas Hay (William Hall) will make his return to Hollyoaks next week, as dad Ste (Kieron Richardson) makes a huge request of him.

The young boy, who was last seen during the Channel 4 soap’s initial flash forward episode in 2019, is tasked with helping to get Ella Richardson (Erin Palmer) involved in the village-wide Game of Assassins.

Viewers will know that Ella makes a shocking return to the village this week, after being given a youth rehabilitation order following her trial. The young woman had been on trial for the role she played in Jordan Price’s (Connor Calland) murder.

Ella, as one might expect, struggles to settle back into the village upon her return, which is why Ste asks that Lucas help her out and make her feel included.

Lucas, however, ends up playing a cruel joke on her that leaves poor Ella feeling even worse!

During his final appearance on the Channel 4 soap to date, Lucas interacted with a number of the serial drama’s other youths, as the County Lines story kicked off.

A series of interesting relationships were forged and dynamics were explored during the scene in question, as Lucas joined Leah Barnes (Ela-May Demircan) , Ella and Charlie Dean (Charlie Behan) for a video game session on New Year’s Eve.

These dynamics would’ve no doubt been explored further had the Covid-19 pandemic not disrupted filming.

Ella, meanwhile, falls out with mum Mandy (Sarah Jayne Dunn) in upcoming scenes, after realising that she is banned from spending time with Charlie.

One thing leads to another, and the young girl ends up running away!