Harry (Parry Glasspool) recently reunited with Ste Hay after months apart, but is hiding a huge secret which could jeopardise everything.

Ste (Kieron Richardson) was recently devastated to discover that Harry had been attending secret prison visits with James Nightingale – who has never made any secret of his feelings for him.

Although Harry promised to keep away from James, upcoming scenes will see him continue to struggle with his divided loyalties – especially having discovered that Kyle is actually alive. 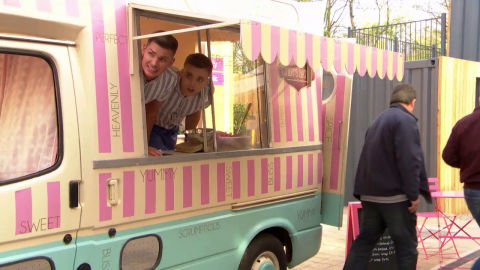 As he samples wedding cakes with Ste, Harry becomes increasingly distracted with all his secrets and later sneaks off.

Furious that he’s been left manning the Lunch Box alone, Ste frantically tries to get hold of Harry but is left frustrated when he doesn’t pick up his phone.

When Harry returns home later, an angry Ste demands answers over his whereabouts – leading to another huge row between the pair.

With emotions running high, Harry snaps and reveals that he has been sleeping with men for money. Will Ste forgive him this time? Or is it all over for the couple again? 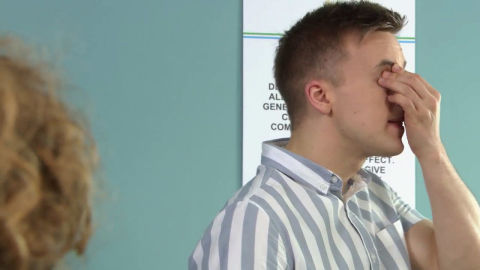 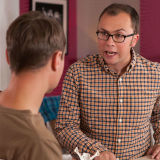 Digital Spy Soap Scoop video – hit play below for all the latest Hollyoaks spoilers, as Glenn makes a shocking decision over Courtney, while Darren and Mandy’s affair continues.