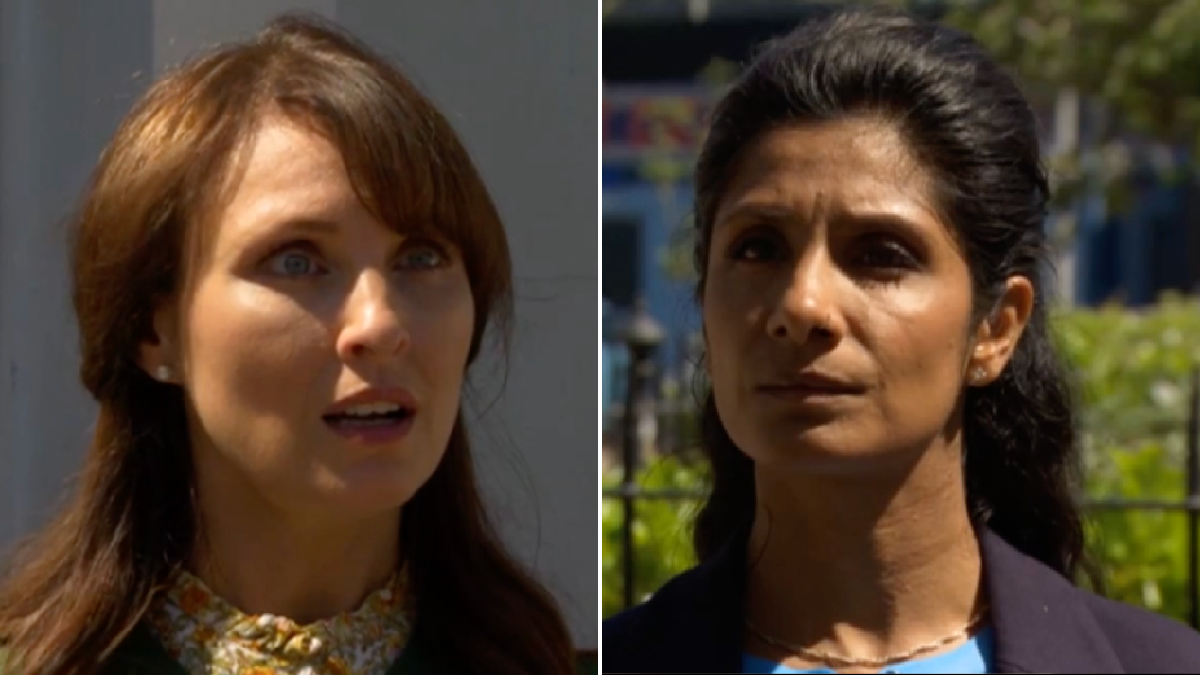 Honey Mitchell (Emma Barton) was crushed in EastEnders, as Suki Panesar (Balvinder Sopal) manipulated her into lying – before firing her from the Minute Mart!

There has been tension aplenty between the former friends in recent weeks, after Suki attempted to kiss Honey.

Honey did not reciprocate the kiss, but told Suki that she had nothing to be ashamed of. Suki, however, refused to talk about it, and proceeded to make Honey’s life a living hell by messing with her regular shift pattern.

What’s more, she never missed an opportunity to berate Honey’s work, and refused her the time off she needed in order to take Janet to her audition.

Struggling under the pressure, Honey opened up to Jay, telling him everything. Jay was livid, and – in spite of Honey’s pleas for him to keep shtum -he confronted Kheerat (Jaz Deol), informing him about the kiss.

Kheerat refused to believe it, and ordered Honey to stop lying. Honey, however, stood her ground, which left Suki seething, and therefore she issued her a dark threat, before slapping her across the face.

Honey wasted little time in berating Suki for bullying her, and threatened to tell all about her role in Jags’ (Amar Adatia) demise.

Suki, left with little choice, headed over to Honey’s home and begged forgiveness, but pleaded with her to tell Kheerat she lied, as she feared his doubts about the kiss could ruin their mother and son bond.

Honey was conflicted, but she ultimately did as Suki asked.

Suki, however, had played her, and thus – after she got what she wanted – she confronted Honey once more, telling her that she’s fired!

EastEnders continues Friday October 8 at 8:05pm on BBC One.