When 10 began its year in earnest on January 13, a whole month before the official television year starts with the ratings period, it was like watching someone stumble through the door. 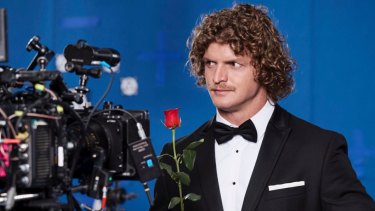 The Bachelor draws in big conversation – but not so many viewers. Credit:Network 10

The Bachelor/ette looks better, has a better cast and a much less confected storyline than the diabolical Married at First Sight. MasterChef still stoically maintains its position of being a cooking show while My Kitchen Rules has become some bizarre version of Big Brother based entirely in a kitchen. 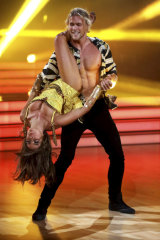 Jett Kenny on Dancing With the Stars. Credit:Network 10

Despite the buzz its programs create, despite the reaction on social media, despite the fact shows like The Bachelor dominate watercooler chat, 10 lags depressingly behind the other networks in terms of actual viewers watching its shows.

Dancing With the Stars is a prime example of quality and buzz failing to convert into ratings.
It looked fantastic and offered a decent line-up of celebrities – Cass Thorburn, who has been one of the most talked about people in the country for the last six months; Jett Kenny, the son of two of Australia’s most popular athletes from the 90s; Jimmy Giggle, who is the crumpet of many a mum; and Courtney Act, who has a powerful queer fan base around the world.

No, Cate Blanchett isn’t frocking up for a dance. No Hemsworths are involved (although Chris did compete when he was on Home and Away and the show was on Seven but he wasn’t Thor then). But that doesn’t make the show any less entertaining or knuckle-bitingly embarrassing.

Twitter lit up when one of the judges, Craig Revel Horwood, gave Cass Thorburn a 1 for her performance. I haven’t counted but I am quietly confident there are more tweets about that moment than people who actually saw it unfold on TV.

And that's a huge problem for 10. Everyone talks about its shows but for the last decade or so it hasn’t been able to convert that buzz to viewers. Why, is a total mystery. It’s as if since 10 began struggling financially in the early 2010s people suddenly forgot how to find the channel on the remote. 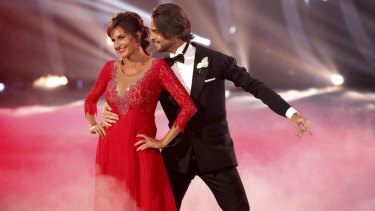 Cassandra Thorburn on Network 10’s Dancing With the Stars. Credit:Network 10

The network’s chief programming officer, Beverley McGarvey, the woman who decides what you are going to watch on TV, is a smart and risky programmer. They still put up shows the other networks wouldn’t even think about but will probably later copy.

The inferior facsimiles on the stronger networks will enjoy better ratings, the result of which is that 10 not only lags behind in the ratings, coming third behind Nine and Seven and occasionally even fourth behind public broadcaster ABC, it lags in its cut of the advertising revenue channelled towards broadcast.

US media powerhouse CBS swooping in and rescuing Ten from the hands of the Murdochs or insolvency was a desperately needed lifeline that kept it on a defibrillator in a challenging media market.

CBS seems committed to letting the unsteady ship right itself again, but in the rough seas of Australian broadcasting no matter what fins and rotors McGarvey and CEO Paul Anderson put in place, the waves keep crashing against 10's hull and they aren't waves of viewers.

Network 10 deserves a better deal from Australian audiences. Whether they will give it to them or not remains to be seen.