How many times has Idris Elba been linked to playing James Bond? Well, let’s just say we’d count the ways if there weren’t so many of them.

But now, mere days after speculation that Idris would be the next 007 reached fever pitch, the actor has shut down those rumours once and for all.

While at the premiere for his directorial debut Yardie, Idris addressed the Bond talk outright – instead of winding everyone up on Twitter.

When asked by Good Morning Britain if he preferred his Martini shaken or stirred, Idris replied: “Stir fried, actually.”

“Am I looking at the next 007?” the reported then pressed, to which the answer was a resounding: “No!”

Fortunately, the promotional trail for Yardie rolls on, meaning there’s plenty of time for the film’s star Aml Ameen to persuade the Luther actor to sign up. 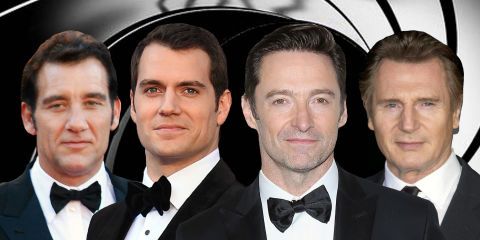 “I really hope [Idris] is Bond – I think he deserves it,” Ameen said in a recent interview, clearly as enthused as the rest of us. “I think the country loves him, the country’s behind him… he was at the royal wedding, for God’s sake! Just hurry up and make him Bond.”

Meanwhile, in equally disappointing 007 news, producers for James Bond 25 confirmed last night (August 21) that the film would no longer be directed by Oscar-winning filmmaker Danny Boyle.

Good Morning airs weekdays from 6am on ITV.