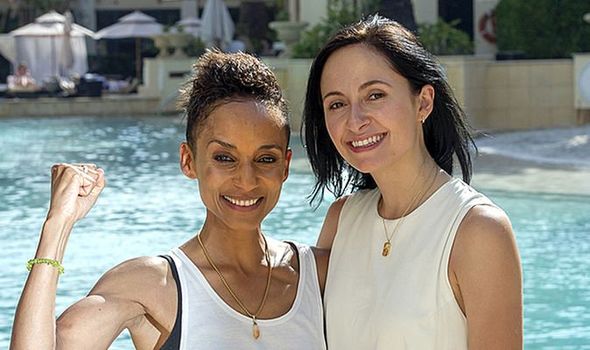 Fans using the official app were asked who should be the first to be booted off the show on Friday night, when it should have asked who they wanted to save. As a result, show bosses ruled all app votes should be void. Viewers claimed this led directly to the axing of Radio 1 DJ Adele Roberts.

One fan said: “Total fix. Ruined the rest of the show. We won’t be watching any more.”

Another agreed: “What an utter fix!!”

Adele, 40, who was reunited with actress girlfriend Kate Holderness at the Versace hotel yesterday, insisted she wasn’t bothered: “I kind of feel whatever will be, will be. All I wanted to do was make sure I stayed for the 14 days and if I got to stay it was a bonus.

“I feel like I have graduated from jungle university. I feel happy with those 14 days. You never know, I could have gone anyway if the app had been working.”

ITV chiefs have promised the gaffe will not be allowed to happen again during future eviction programmes.

A show spokesman said: “The app was never broken. It was a wording error on the app, so everything will be fine for the next vote off.”