THE I'm A Celebrity… Get Me Out Of Here! stars bathed in blood and guts during a horrifying trial as they fought to stay in camp.

Earlier this week, the 12 contestants became "cursed" and they had to battle it out to lift their curse and win immunity from the first public vote in tonight's episode of the ITV show. 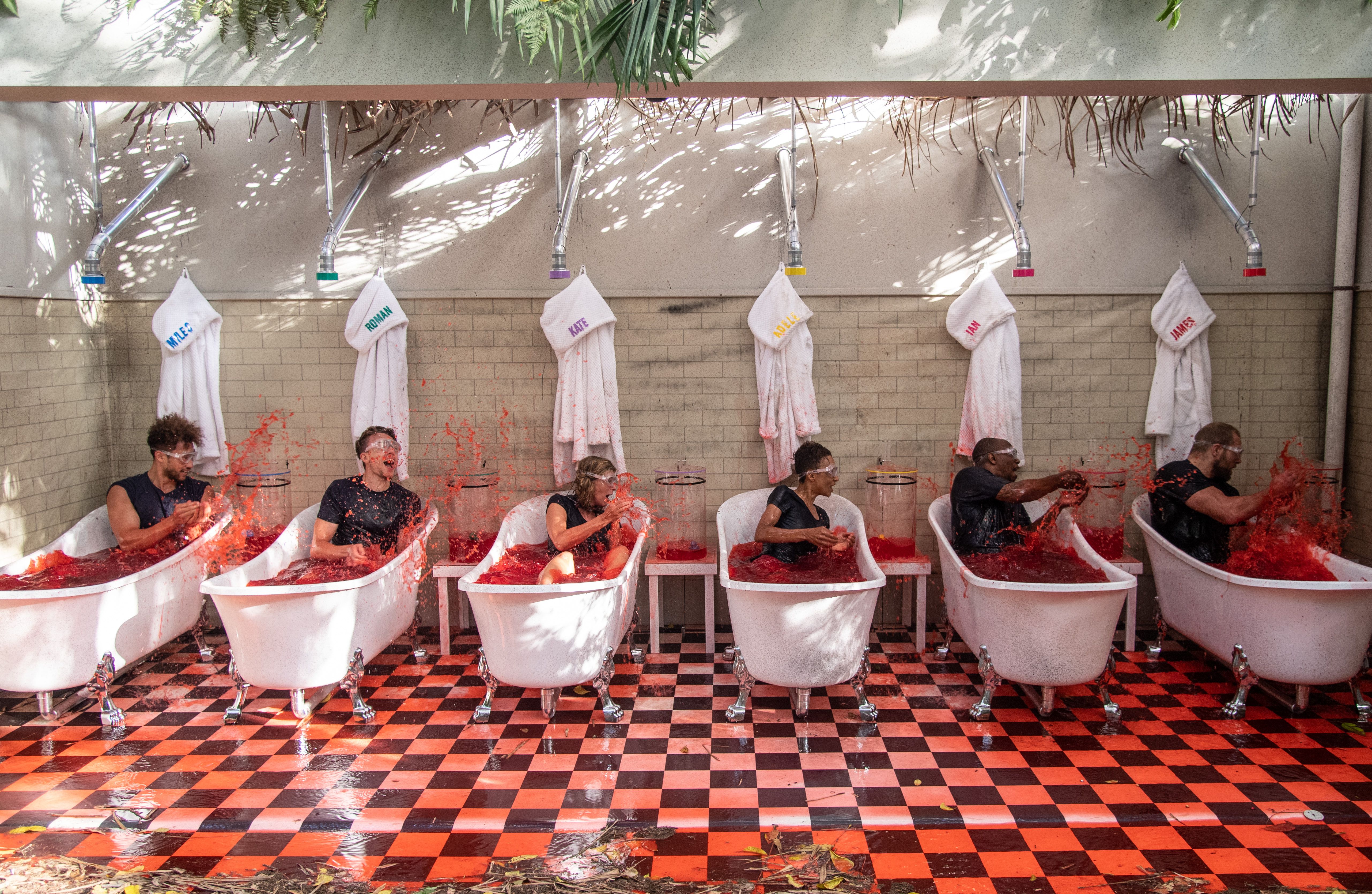 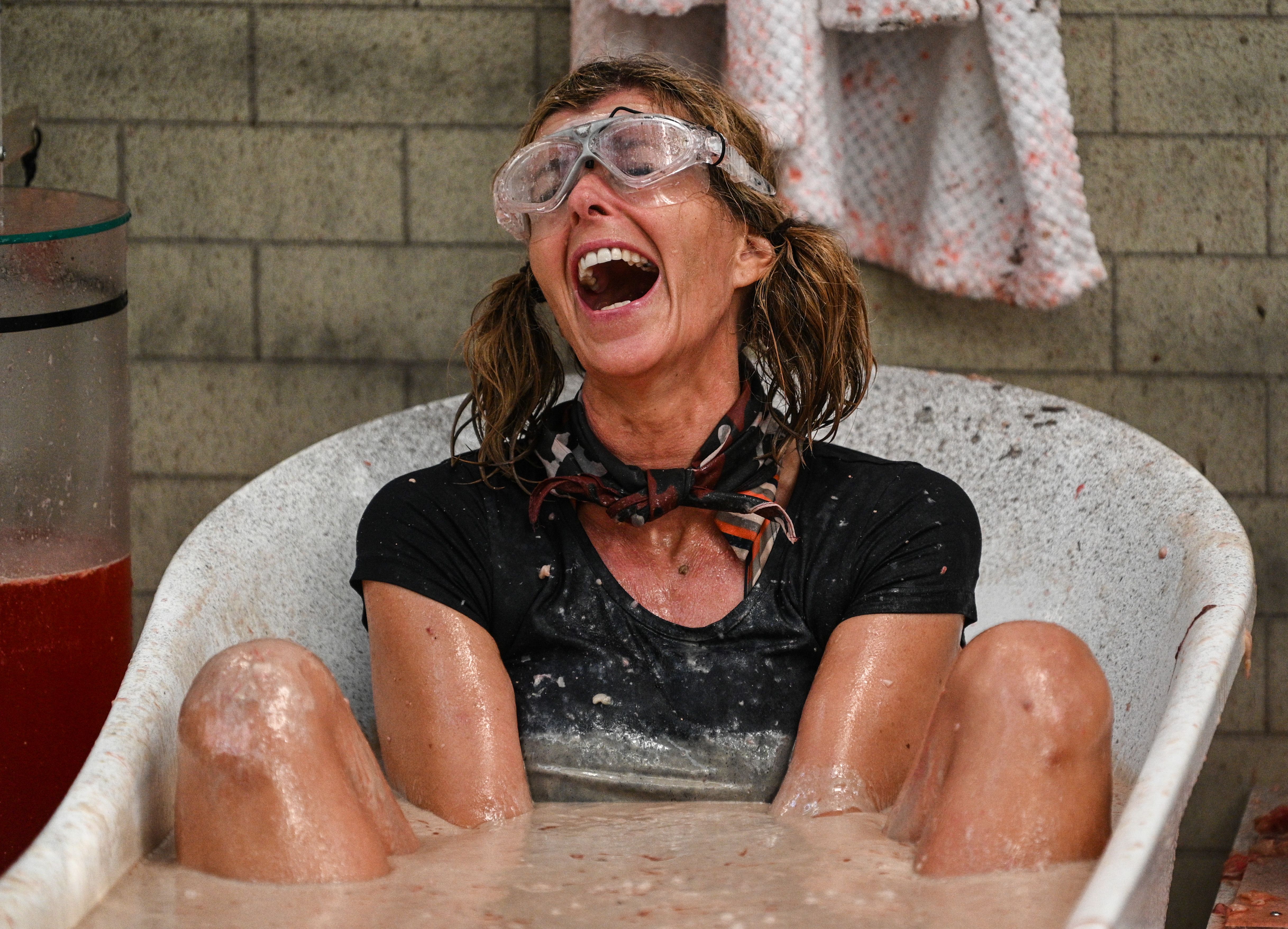 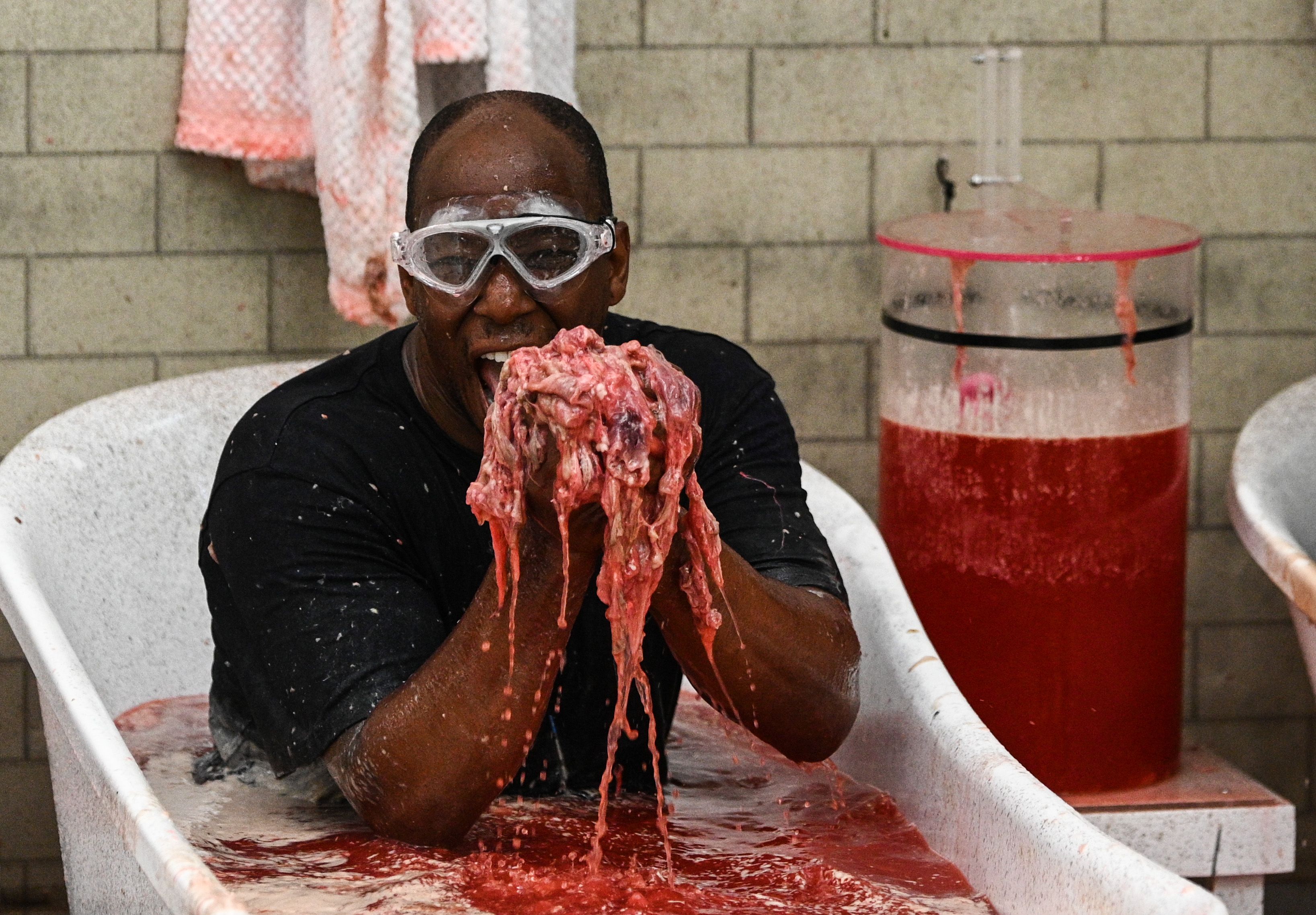 After breaking their curse in a stomach-churning earlier trial, Myles Stephenson, Adele Roberts, Kate Garraway, Roman Kemp, James Haskell, and Ian Wright had to take on another in order to seal their fate.

Dubbed The Final Reckoning, the six celebs had to each sit in a bath, which filled with gushing blood and other disgusting animal parts.

They had to compete to fill up a clear large tube next to the tub, with the three who managed it in the quickest time securing their immunity.

Roman said of the gag-worthy experience: "The blood rushing from the plug is quite possibly one of the most horrific moments of my life." 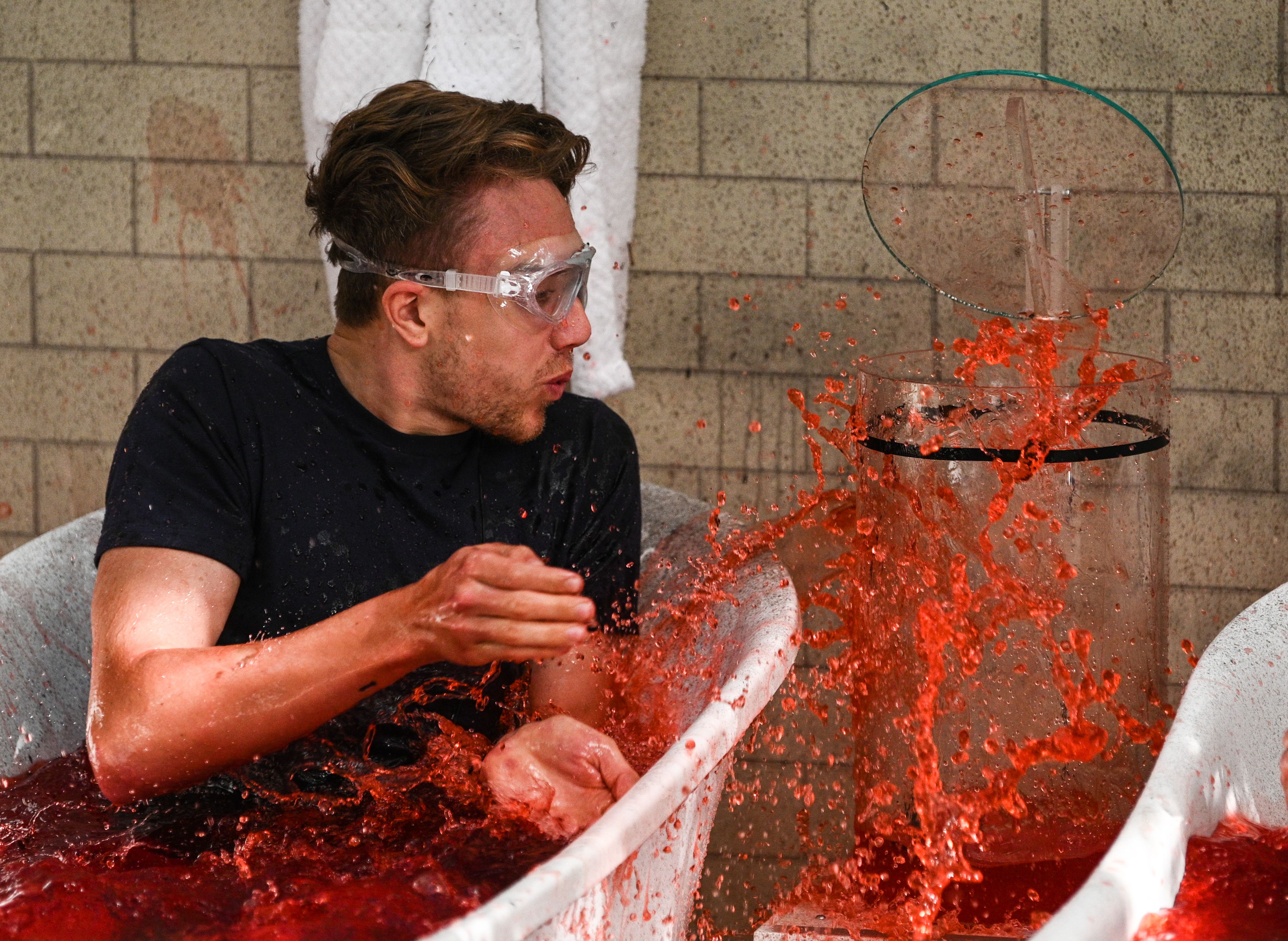 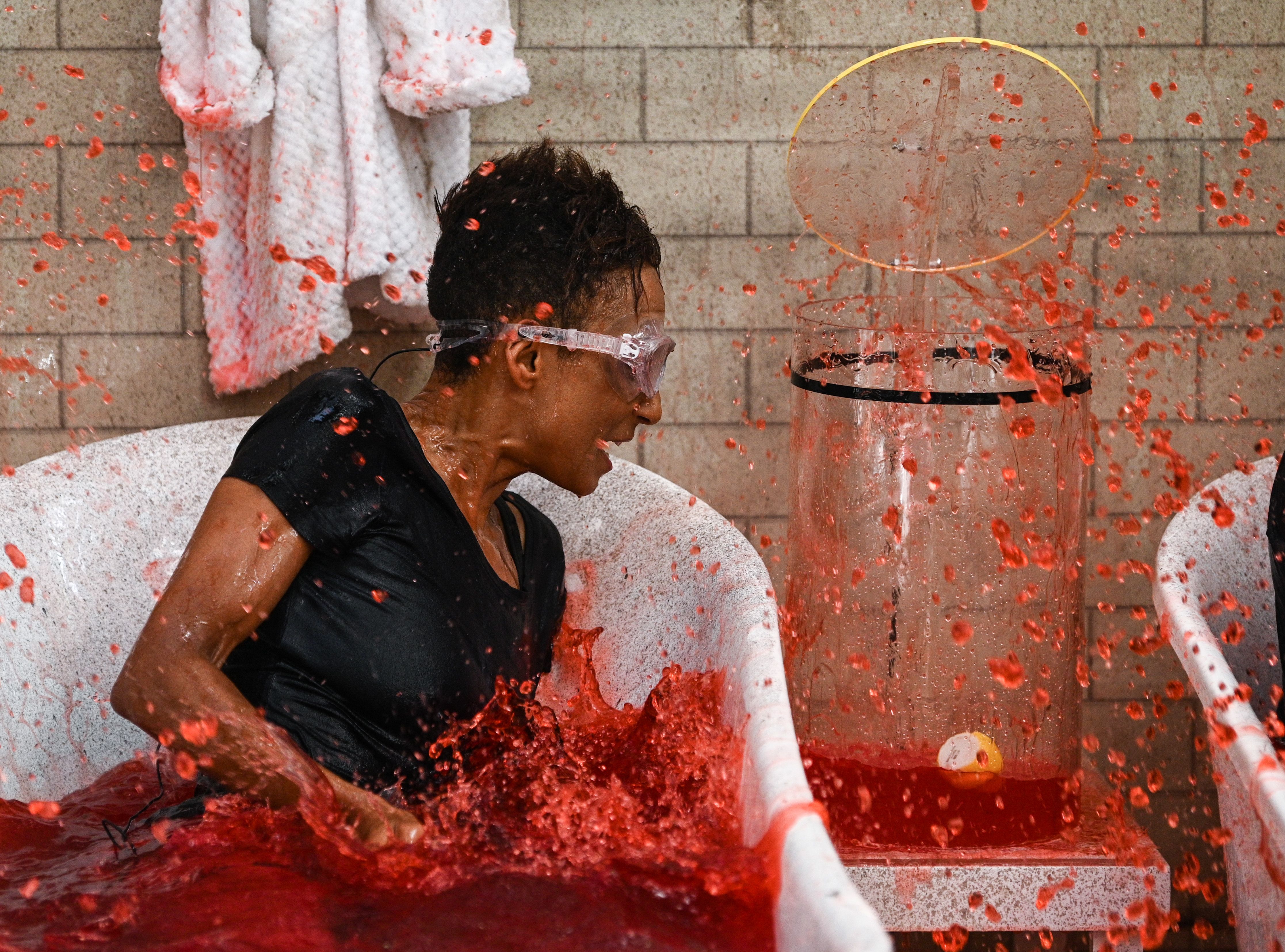 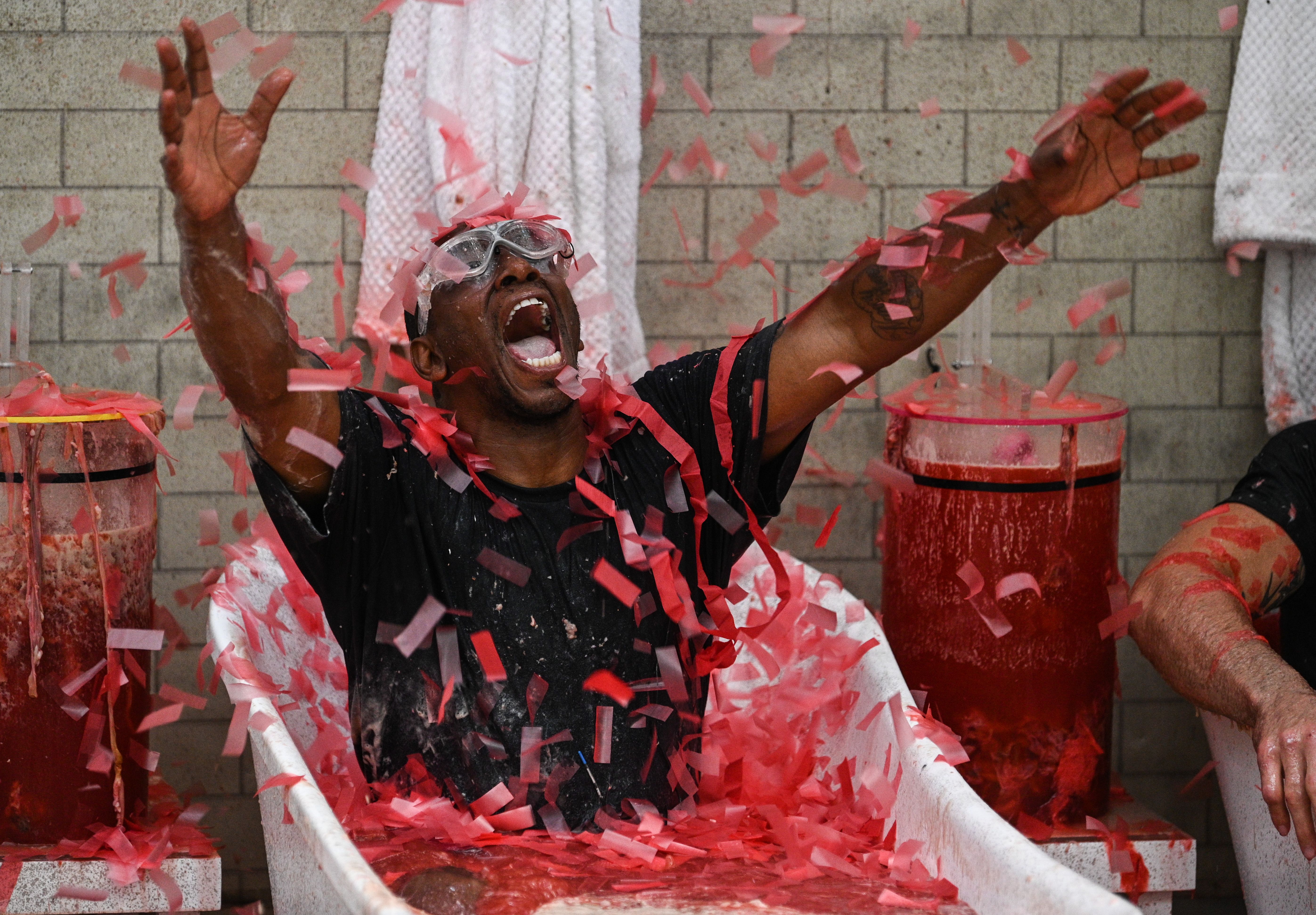 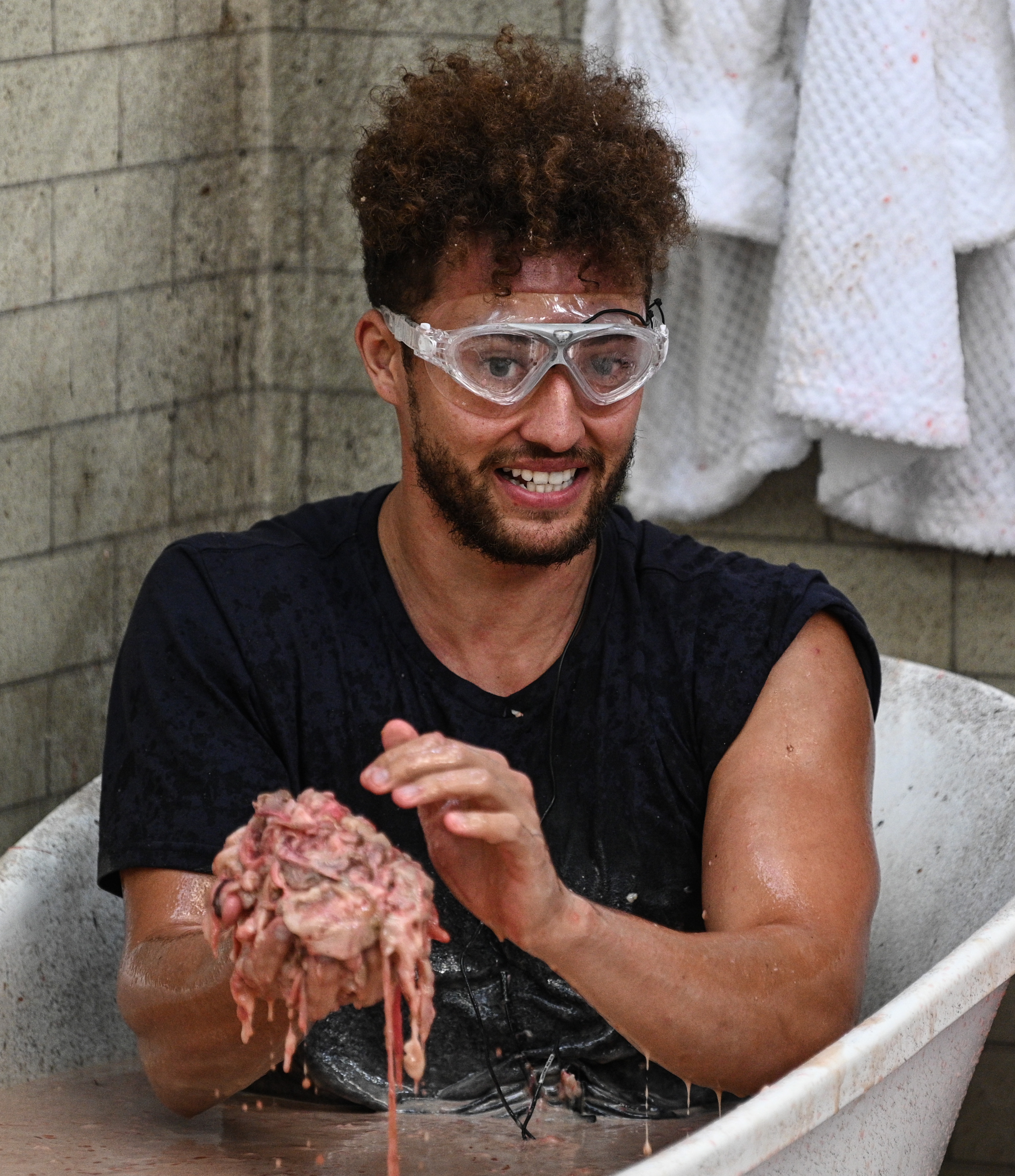 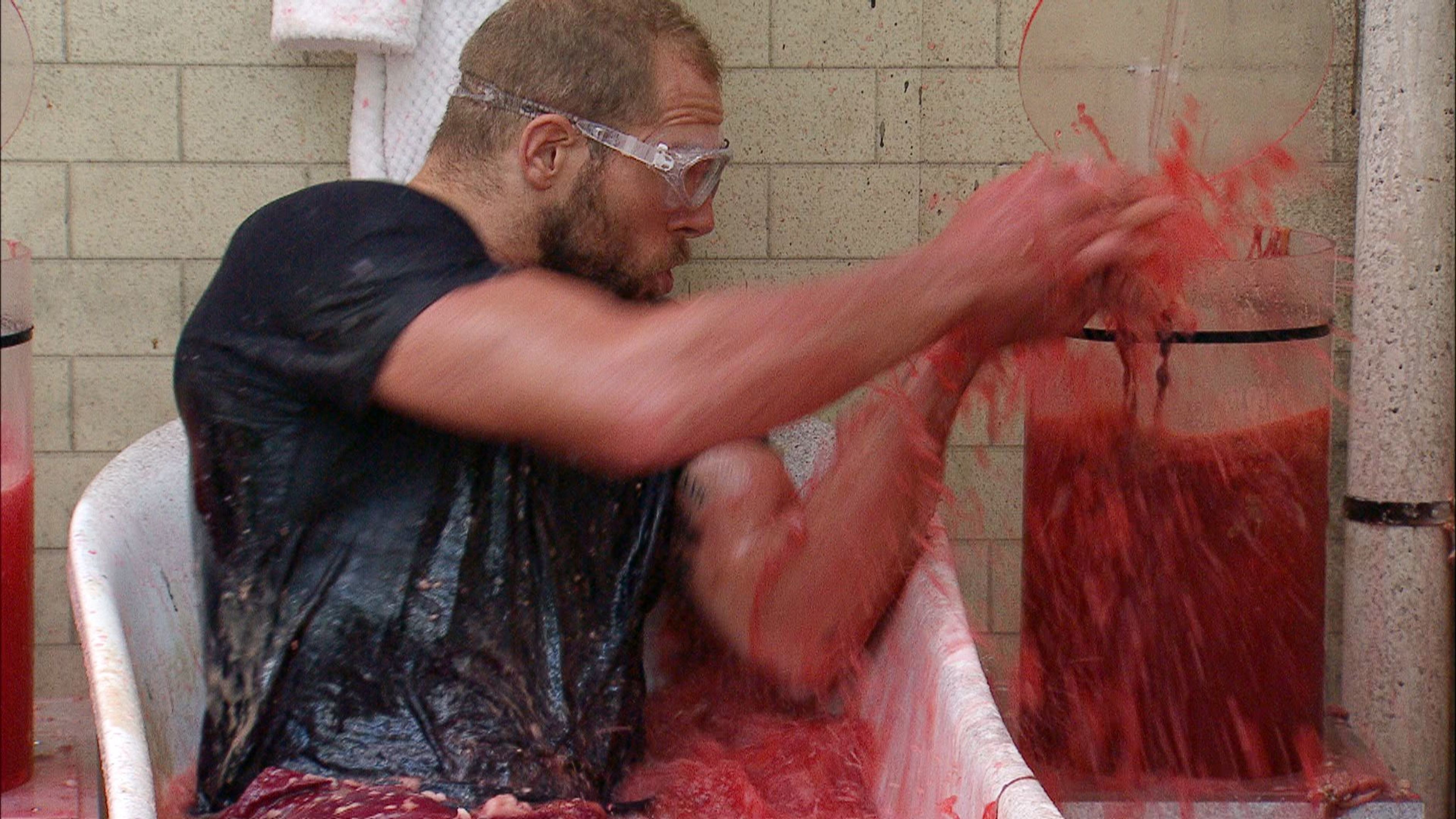 Eventually, Myles, James, and Ian managed to fill their tubes, winning immunity and putting the other three campmates at risk.

All six contestants had already taken part in Sickening Circus earlier in a day, where they fought off competition from the other celebs – Jacqueline Jossa, Nadine Coyle, Cliff Parisi, Caitlyn Jenner, Andrew Maxwell, and Andy Whyment.

Each of the celebs had to down a disgusting blended drink, with the first six to finish the winners. 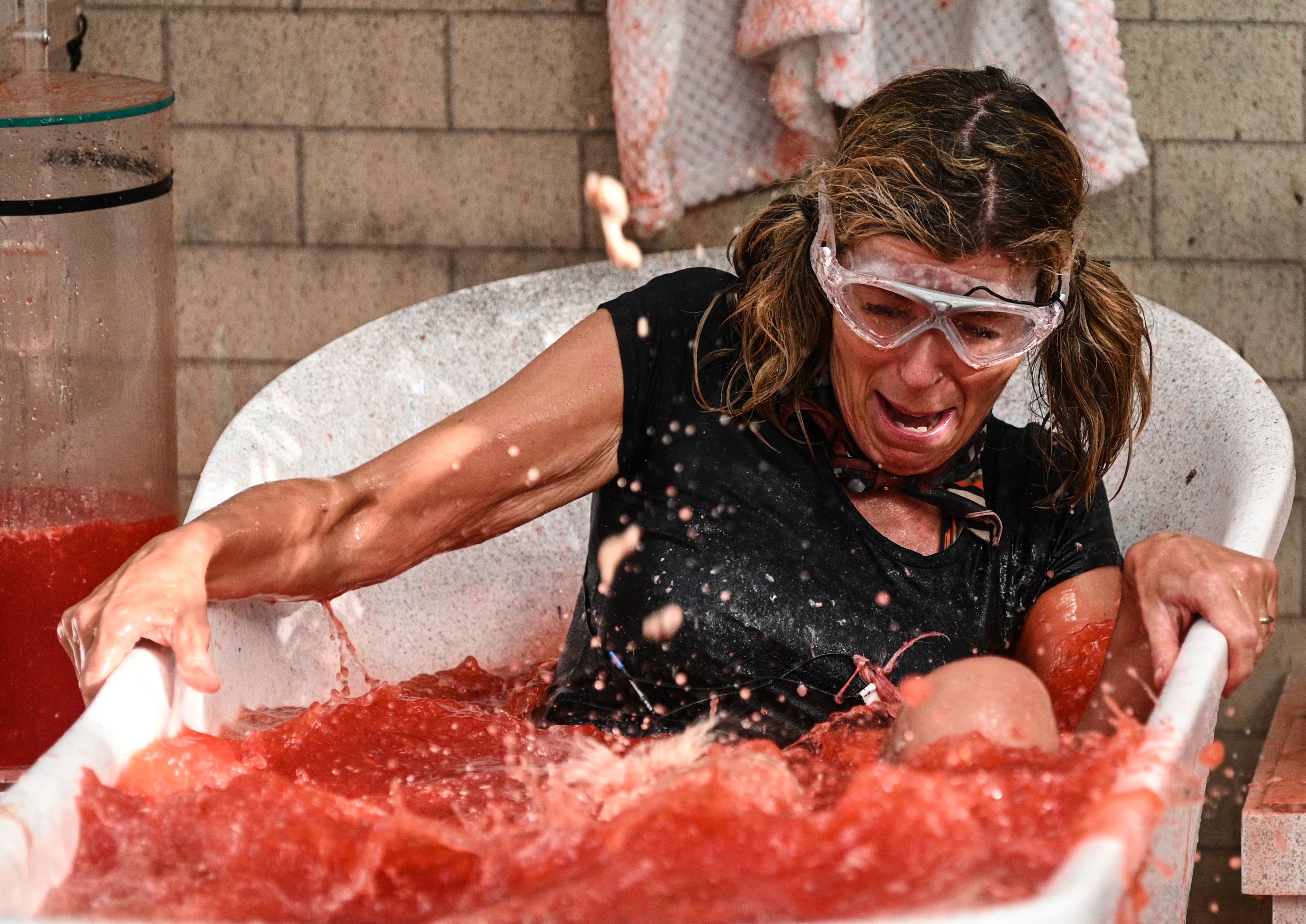 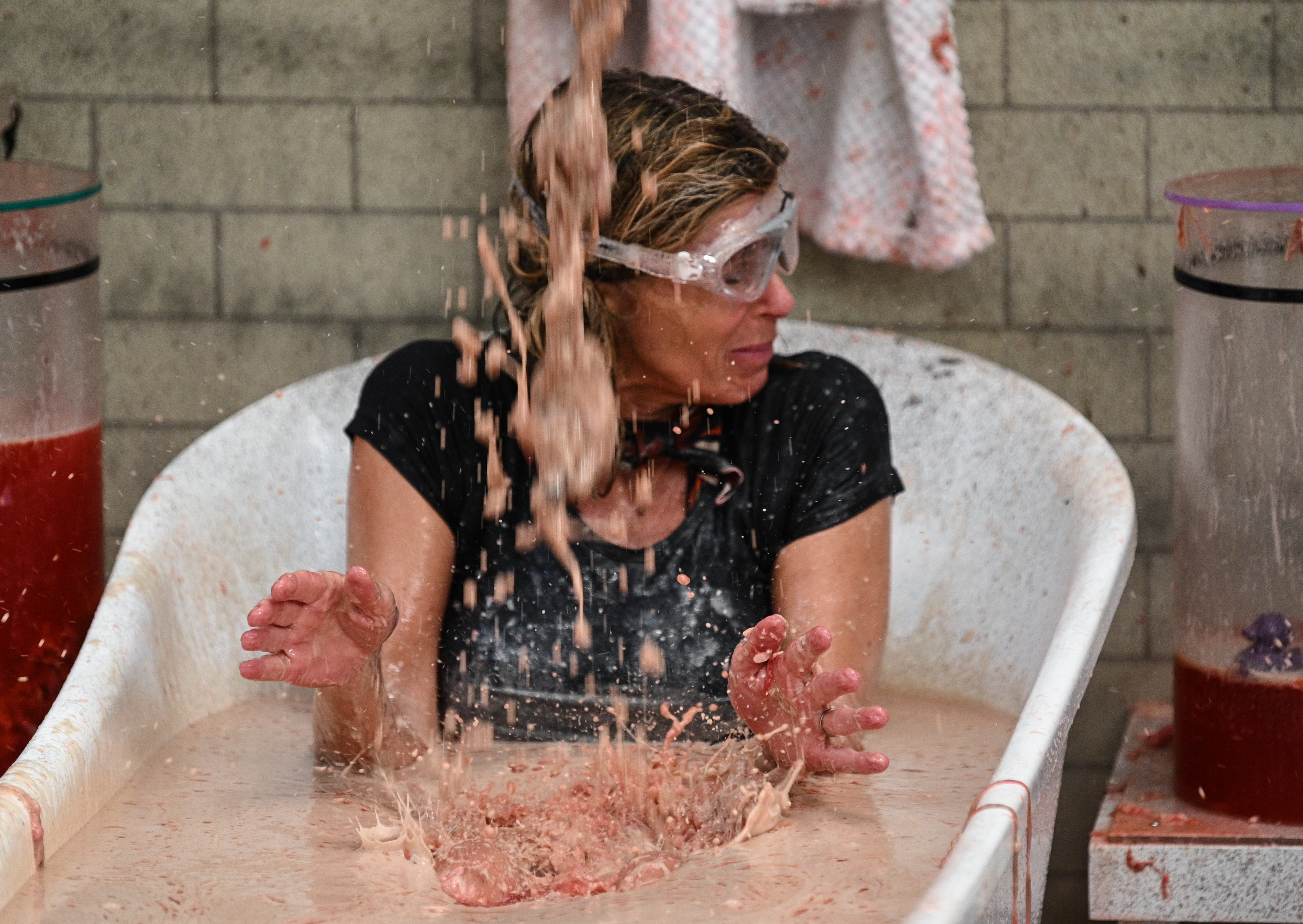 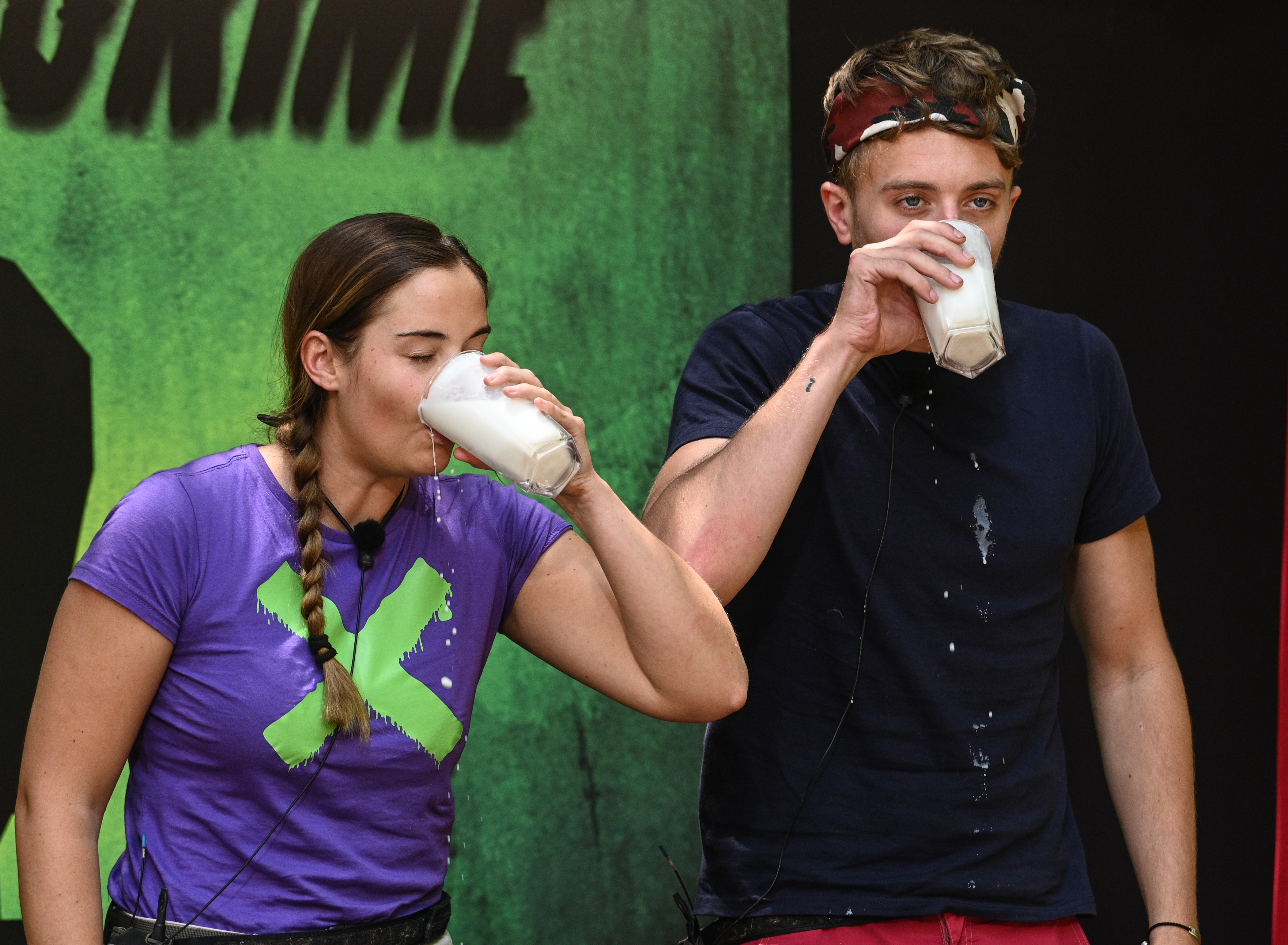 Viewers were left outraged when hosts Ant and Dec revealed that Cliff would not be taking part as he couldn't make it to the trial clearing for "medical reasons".

They added that Cliff had nominated James to take part on his behalf, having already been excluded from several of the show's iconic Bushtucker Trials since he made his late arrival to camp last week.

James secured his own victory by downing a glass full of blended fish guts against Andy, but lost Cliff's spot to Myles when he was slower to finish the blended pig's anus.