MORE than eight million viewers are expected to tune into next Sunday’s opening episode of I’m A Celeb. . .

They will be hoping to see more of the TV gold that has tickled the nation over the 19 years the series has been running. 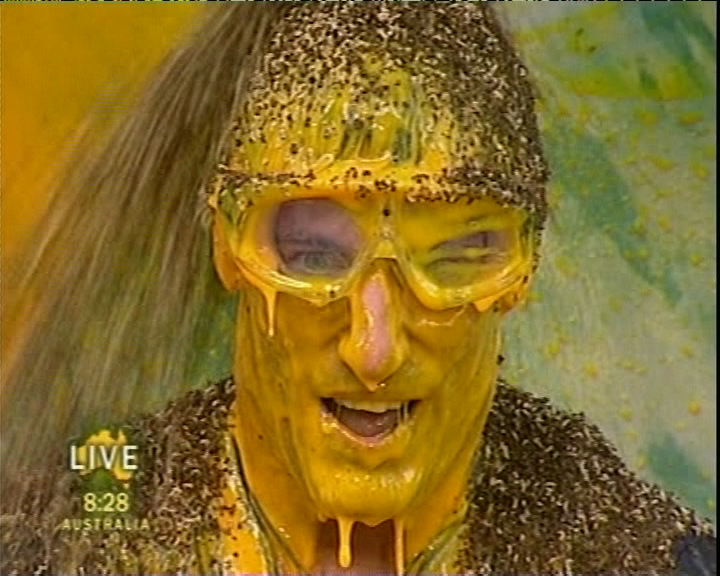 To celebrate the return, we take a look at the 20 funniest moments.

1) EastEnders actor Dean Gaffney thought he was on his way into the camp to meet his fellow celebrities in 2006.

What he didn’t know was he was going straight into a live trial — a Bush Spa with gunk plus thousands of creepy crawlies. His hysterics had Ant and Dec in stitches.

2) As soon as nutritionist Gillian McKeith arrived in camp in 2010 she whined about a host of phobias — and sucked on a gas mask.

Then when she was voted to perform a live trial she stunned viewers and crew alike by collapsing and lying “out cold” on her back. 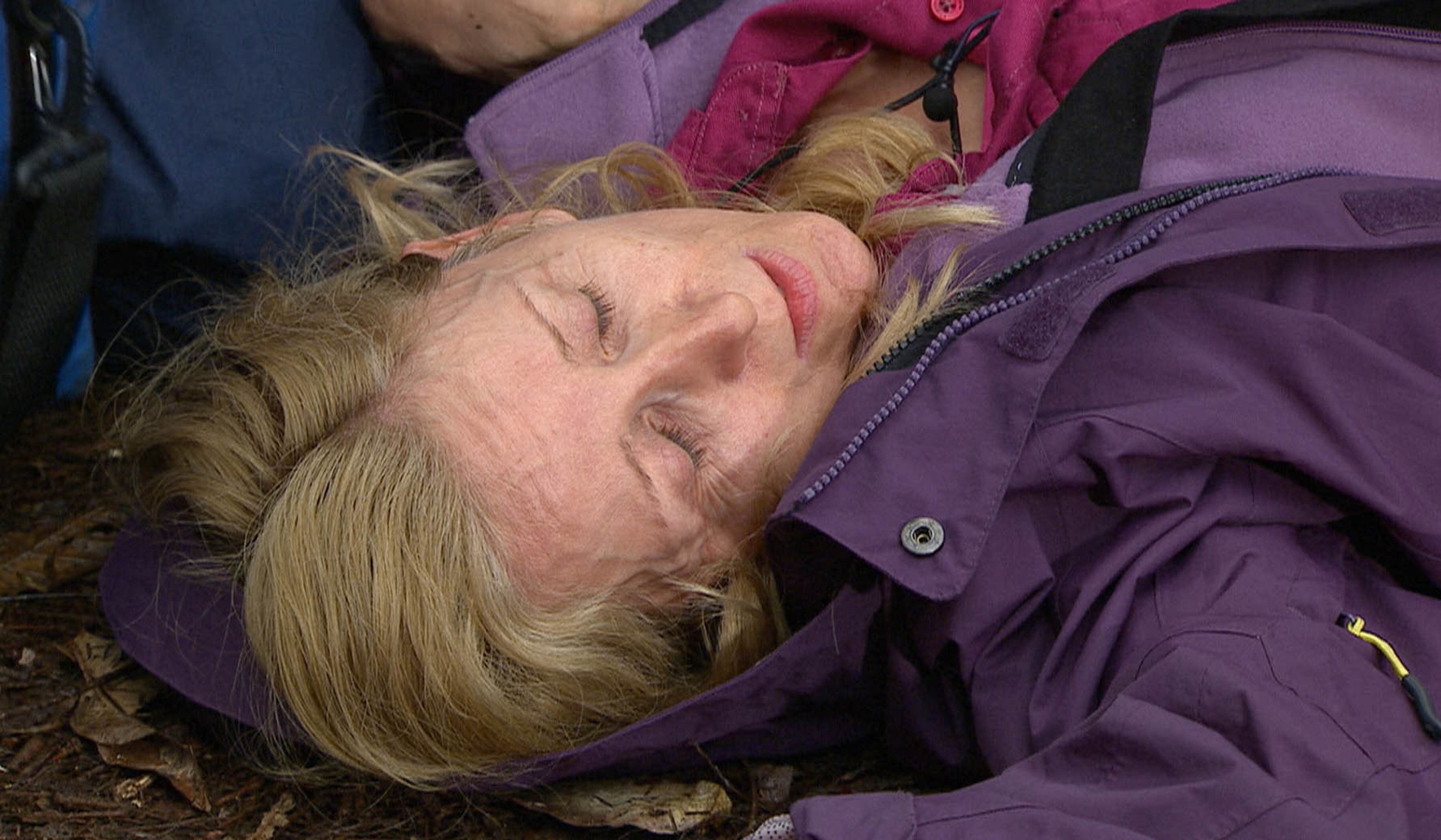 3) Nobody who saw former royal lackey Paul Burrell whimper ing and gibbering his way through an excruciating Hell Hole trial in 2004 will ever forget it.

Ant and Dec had to look away because they were laughing so hard.

4) Katie Price and Kim Woodburn went head to head on the eating and drinking Bushtucker Trial Vile Vending in 2009.

While Katie gagged on an animal testicle, Kim made such a noise trying to force down a fish eye that she would have been put down if she were a dog.

5) Stacey Solomon was assigned a top secret mission and needed to attract the attention of comedian Dom Joly without any of their campmates noticing in 2010.

Unfortunately, Dom was a little slow on the uptake, so Stacey resorted to chucking a stone. It ended up hitting him square in the face.

6) After realising that Towie’s Joey Essex couldn’t tell the time on an analogue clock in 2013, Miss Great Britain winner Amy Willerton tried to teach him using the dirt floor and twigs.

7) Steve Davis then generated laughs of his own. While gearing up for his big moment during a challenge he slipped and fell into a murky lake. Ant and Dec cracked up. Steve hadn’t even started his challenge.

8) Boxing champ Amir Khan and radio presenter Iain Lee pulled a fast one on the camp in 2017.

Amir lied he had lost the Dingo Dollar challenge after he and Iain had enjoyed a helping of straw- berries to themselves.

9) When reality show diva Gemma Collins announced in 2014: “I think I’ve got malaria,” it sparked a hysterical 72 hours before she quit — and launched a host of viral memes.

10) American David Gest became a reality TV legend in 2006 thanks to his dry sense of humour and tall tales — the most infamous being his uniquely named maid, Vaginica Seaman.

11) It was obvious Harry Redknapp was a King of the Jungle in waiting in 2018 as soon as he began regaling the camp with his showbiz stories — such as ignoring Prince Harry — and dispensing random facts such as he had no sense of smell so would be happy to be “Harry the s**t shoveller”.

12) Peter Andre going on about how much he loved singing, in 2004, before cutting to an unimpressed Johnny Rotten, was TV gold. His subsequent single, Insania, was anything but.

13) Chef Antony Worrall Thomp- son led a revolt against the show amid a row over sausages in 2003.

Egged on by presenter and interior designer Linda Barker, the celebs threatened to walk off before being appeased. 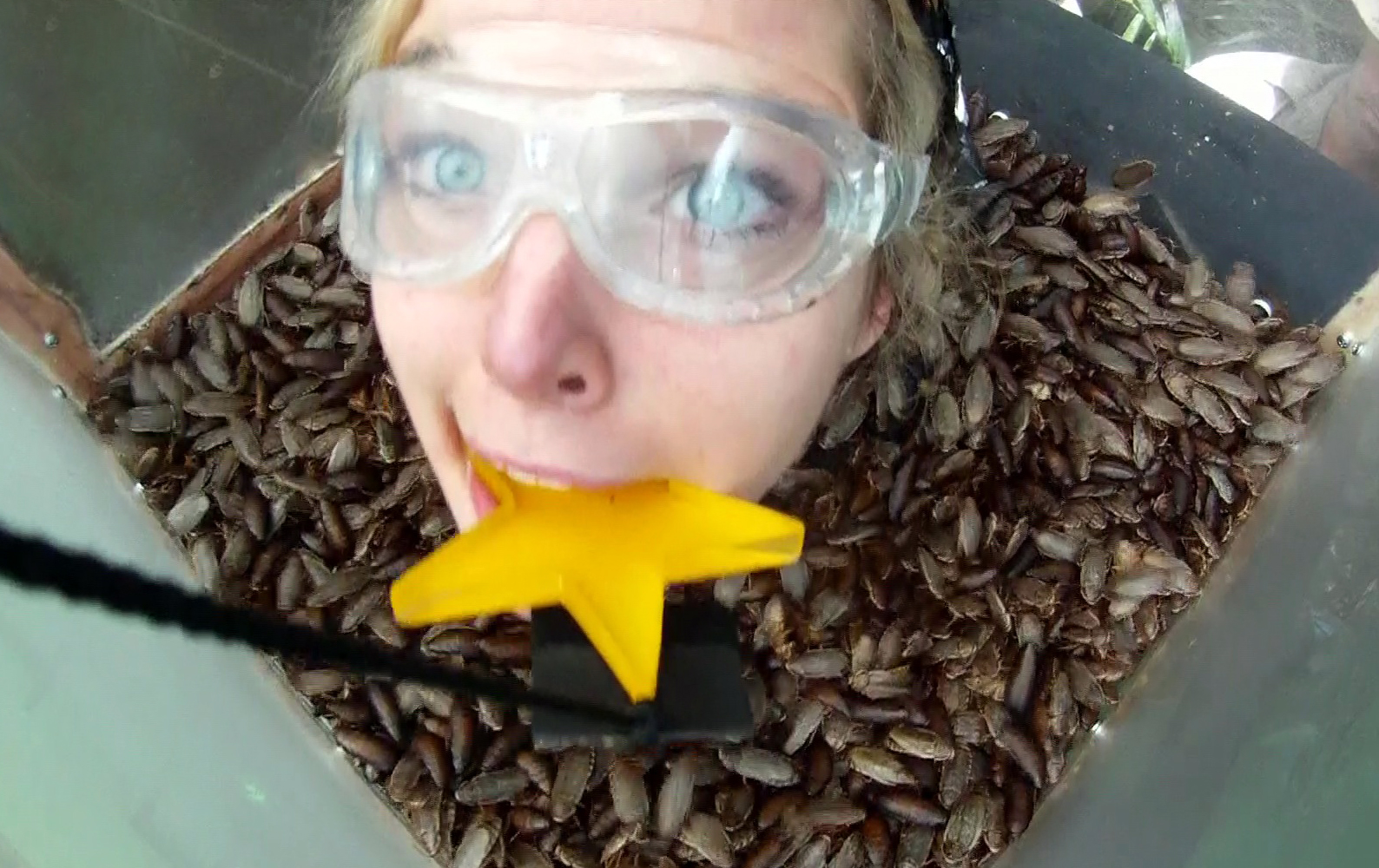 14) Coronation Street’s Helen Flanagan must never have watched an episode prior to entering the jungle in 2012.

The more she refused to do a trial, the more viewers kept voting for her to do them. Ant and Dec’s desperate attempts to convince her to carry on as she gave up on most made it all the funnier.

15) The 2012 series was also notable for the loud fart celebrity chef Rosemary Shrager let rip. It was so impressive, Eighties pop star Limahl called it, “A good one”.

16) Anyone watching could scarcely believe All Saints singer Natalie Appleton was terrified of trees in 2004.

But so it was and, after making it through her tightrope trial, she fell into Ant and Dec’s arms and needed a medic and oxygen mask as she gasped for air. 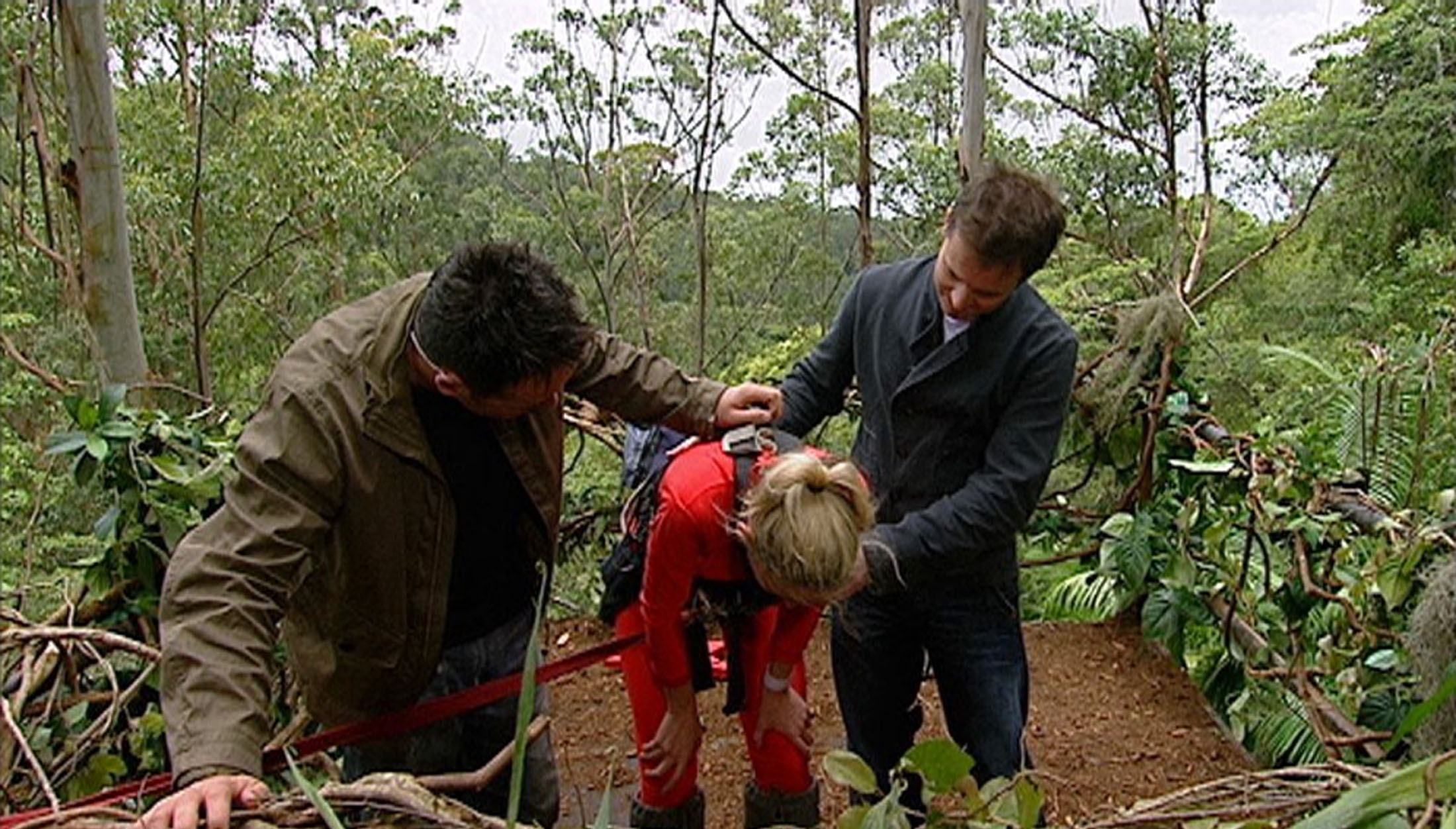 17) As soon as Fresh Prince actor Alfonso Ribeiro entered the jungle in 2013 everyone was waiting for him to perform his famous Carlton dance. When he finally did, viewers were delighted.

18) Katie Price was such good value she appeared twice. But in 2009 she left viewers stunned when she dumped boyfriend Alex Reid live on air — after he had flown all the way from the UK to Australia to propose. Ouch.

19) It was hilarious when chef Gino D’Acampo tried — and failed — to give instructions to Hollyoaks actor Stuart Manning in 2009. The pair were hanging above water in a seesaw contraption and had to communicate well to avoid falling in. They failed, much to Ant and Dec’s amusement.

20) Celebs and bugs make for comedy gold, and Olympic medallist Fatima Whitbread took it to the limit in 2011 when a cockroach got stuck up her nose.

But she handled it like the champ she is and, after many attempts, shot it out.