SITTING in a discreet corner of a grand London hotel, Sting is the Englishman who just flew in from New York.

Dressed in black, he’s a picture of understated elegance, his well-preserved 70-year-old features framed by milky winter sun filtering through the window behind him. 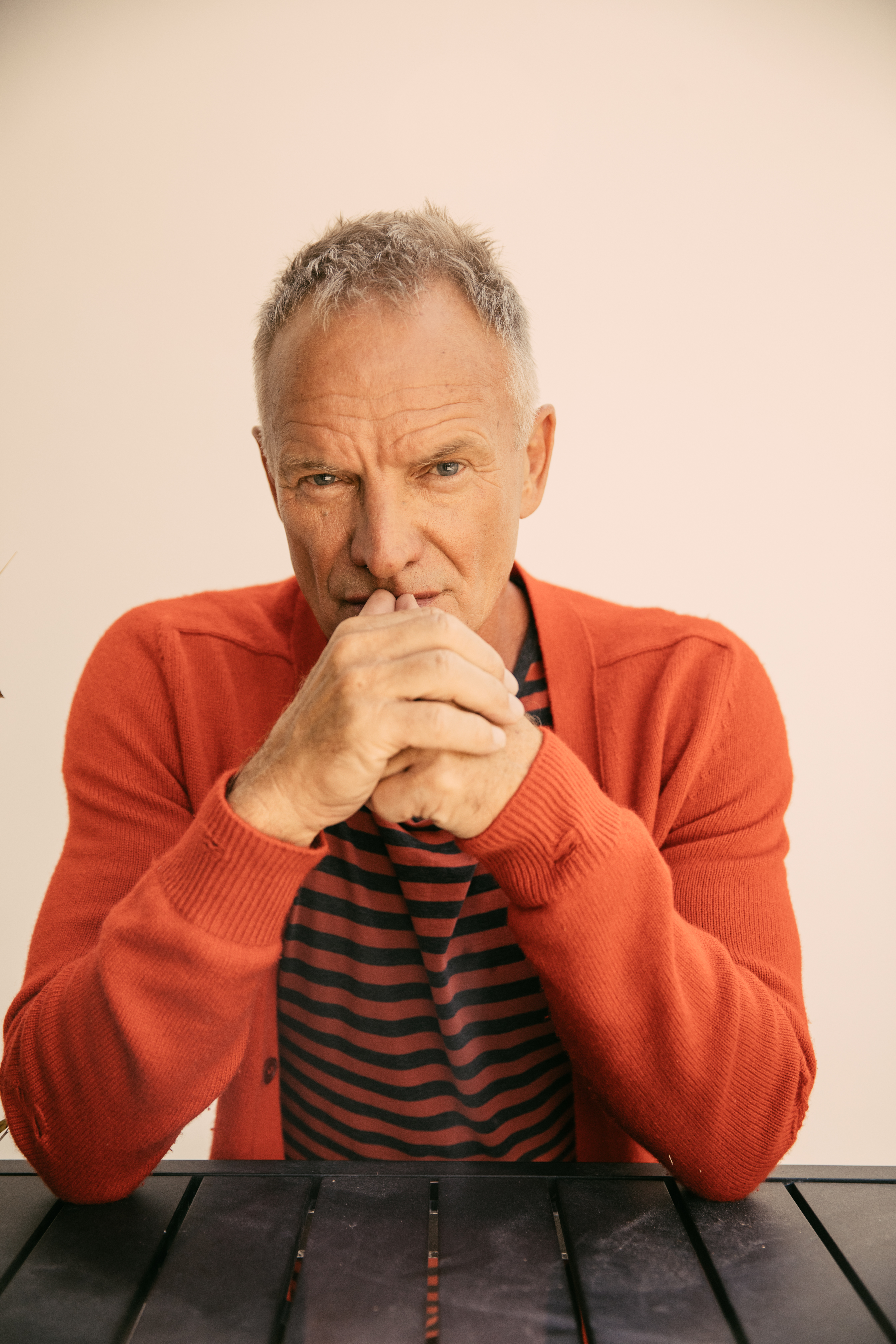 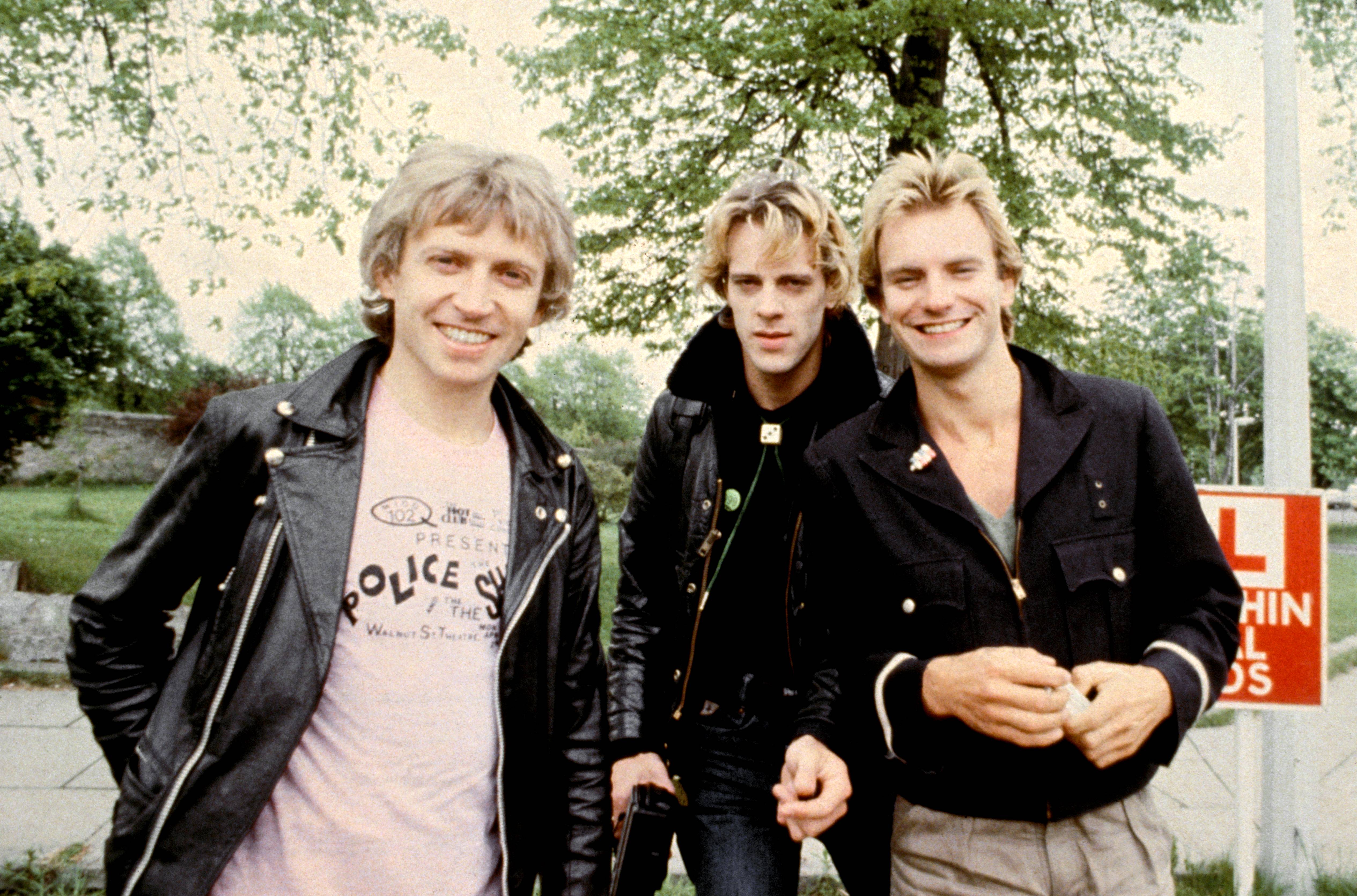 He yawns and apologises for jet lag but, as I quickly learn, his mind is sharp.

Taking in the scene from the other side of a small table, I notice a completed Financial Times crossword — the big, difficult cryptic one on the salmon-pink paper’s back page.

“I’m impressed,” I say. “But I don’t ALWAYS finish it,” he replies with due modesty.

Sting cuts a less flashy figure than his peers but very few have longer lists of achievements (18 Grammys, for instance), have sold more records — or can do such tough crosswords.

He’s in the same league as Macca, Mick, Elton and Rod and, with that in mind, I half-jokingly suggest: “Isn’t it time they made you Sir Sting?”

He smiles at the thought and replies: “I’m already a Commander (of the British Empire), which is the same rank as James Bond so I’m OK with that. Sir Sting doesn’t have a ring to it.”

I’m meeting the one-time Police frontman to talk about his new album, The Bridge, a songcycle for the ages spanning everything from playful pop to profound expression with much in between.

It includes the sheer joy of If It’s Love, complete with hand claps and whistling.

“My idea of a hit is when working people are whistling your song while cleaning windows or driving a cab,” he says.

There’s also the driving rock of Rushing Water, the Celtic folk vibe of The Hills On The Border and the simple acoustic directness of the title track.

The album is among a slew of big-name releases in the run-up to Christmas but the competition doesn’t bother its creator.

“I’m not in a pit with Ed (Sheeran) or Adele. I think they’re great,” Sting affirms.

“This is the best time to release a record, even if it is overshadowed.”

As with so many artists, his new songs are the product of lockdown and an enforced period of reflection.

“They helped save my mental health,” he says.

In March last year, the pandemic brought an abrupt end to the latest run of his gritty musical, The Last Ship, about the declining shipbuilding industry in his birthplace of Wallsend, downstream from Newcastle upon Tyne.

“We were doing a month in San Francisco and, during the second week, I was down on the dock watching the cruise ship come in,” he reports, referring to the huge Covid-hit floating hotel, Grand Princess.

“It was an omen. That day, we did the matinée and the mayor shut the city down. So, I got myself back to England and thought, ‘Now what?’”

Suddenly, he was grounded from the jet-set life — with the world as his playground. “It was a bit of a shock but look at the advantages,” he says. “I was in the same bed with my lovely wife (Trudie Styler) and my dog was very happy.”

My solution is always music.

However, Sting adds: “I missed my band. I missed my audiences. I missed the momentum of travelling because I’ve got used to it over decades.

“But because I’m in a very, very privileged position, I thought to myself, ‘Be positive, be creative’, and I had no intention of ranting about the pandemic.”

With his regular cycle of touring and recording upended, he decided to bring forward plans for his next studio album.

“It’s like being cloistered anyway,” he says. “So I treated it as an opportunity, not an imposition.

“I was lucky I didn’t get the terrible lurgy but I was feeling for all the people who don’t have my privilege like those stuck in a high-rise with three kids and a goldfish.

“I have a garden the size of Regent’s Park to wander round and my own place to work, so I was grateful.”

Despite his rock-star existence, Sting believes the pandemic means “we’re all suffering from trauma and the consequences are long-term”.

He takes comfort from his continued sonic explorations which, for so long, have taken him beyond the three-piece rock of The Police to deep understanding of soul, jazz, folk, blues, reggae and even classical. (Remember his lute album?)

“My solution is always music,” he says. “It’s made me sane for most of my life, not just at this time.”

When Sting set about composing the songs that became The Bridge, he had no idea where his muse would take him.

“It’s a bit like fishing,” he decides. “You sit by the river with a line and catch nothing. But day follows day and one day you’ll land a fish.”

It comes as no surprise when he talks of his being “very disciplined” to the task in hand. “I would begin at 10am and work through until dinner.

"After about a year of this, I realised I had ten fish!”

Then Sting had a light-bulb moment when he realised the songs were in some way connected.

“I discovered I was writing about characters in transition, in between worlds, in between life and death, in health and sickness, in and out of relationships,” he says.

The Beatles were one of my chief inspirations to be who I am.

If you take a deep dive into the album, fascinating back stories emerge. Take Harmony Road, about his tough upbringing. It gets its (slightly altered) name from the third solo LP by a hero of Sting’s, the late Jack Bruce of Cream fame.

“He sang, played the bass and had a jazz sensibility,” says the artist with all three attributes himself.

“I followed him from when he was in the Graham Bond Organisation, then Manfred Mann and Cream.

“Watching him as a teen, I thought, ‘OK, here’s someone who interests me’.

“Guitar heroism was a bit flashy for me.”

Sticking to the theme, Sting says: “There’s another bass player who sings and is a huge influence: Paul McCartney.”

As an aside, he reveals that Macca’s illuminating new two-volume book The Lyrics, 1956 To The Present is currently top of his reading list.

“The Beatles were one of my chief inspirations to be who I am,” he continues.

“They’re from Liverpool, I’m from Newcastle, a similar port city, working class, a lot of Irish and Scottish immigration and a melting pot of British culture.

“They were ten years older and they conquered the world writing their own songs. Without that, would any of us had the gumption to do it?”

Last year, Sting celebrated his 70th birthday with a party in Athens attended by a Sixties music legend, Eric Burdon of The Animals.

“The Animals were the first Geordie band really to make it apart from The Shadows who didn’t embrace where they came from as much. Eric sang We Gotta Get Out Of This Place and it became our anthem.”

Looking back at his childhood, Sting says: “Wallsend wasn’t exactly Windsor, it was a tough place.

“Only in later years have I realised how grateful I am for that rather surreal introduction to life, on cobbled Victorian streets next to a shipyard with a coal mine at the other end of town.

Being in The Police was limiting. I could see that it would become a diminishing experience in terms of satisfaction.

“They seemed to offer your only choices and I didn’t want either. But there were a couple of routes out — football or study to pass the 11-plus (which he did).”

Though he took various jobs before qualifying as a teacher, we know that music was Sting’s calling from an early age, getting his name from a black-and-yellow jumper that made him look like a bee or wasp.

Phenomenal success arrived with The Police, of course, and he still includes Roxanne and Every Breath You Take in his solo set list.

He remembers those heady days “with a great deal of gratitude for the energy and the chemistry between us.

“It wasn’t comfortable at times, a lot of political jostling, but they were fabulous musicians and we were unique.”

Sting explains why he had to move on: “We achieved everything we could within a very short space of time, a hundred-fold beyond our expectations.

“But being in The Police was limiting. I could see that it would become a diminishing experience in terms of satisfaction. There were three colours in the palette, which made that shade, but I wanted a broader palette.

"I wanted more musicians, a brass section, backing singers. I was curious to explore new worlds.

“I’m ever-respectful of AC/DC, a fantastic band, but they do not go left or right, they go straight ahead. That’s not me.”

In 2021, The Bridge represents a distillation of his craft, roaming through styles but keeping things concise with none of the tracks outstaying their welcome.

“My tendency is to cut away the fat,” says Sting. “I don’t have to show off. Just tell the story and get the f* off the stage.”

One of his song stories, the bass-heavy The Book Of Numbers, is about Robert Oppenheimer, inventor of the atomic bomb.

He draws my attention to “some YouTube footage of the nuclear scientist talking.

I tend to look at the passing years as an enriching phenomenon rather than a diminishing one. Every day counts, every year counts, every second counts.

"The abject sorrow and regret of the man is palpable. It’s deeply moving. He could not reconcile with what he had invented”.

The Bible book Numbers comes into it because, explains Sting, “it is about the census and the beginning of mathematics, which leads to science, which eventually leads to this thing that can destroy us”.

It’s typically erudite thinking from this widely read songwriter (and crossword king), who still derives so much pleasure from crafting music.

As for his place in the rock and pop pantheon, he says: “I’ve stood on the shoulders of giants and I like to think I’m part of a continuum of musicians, learning from each other, even stealing from each other.

“Music is a touchstone for my emotional life. When I hear someone say, ‘We buried my dad to one of your songs’, that always surprises me and makes me feel, ‘Wow, I’m actually doing a proper job, not just w*ing’.”

Bearing in mind his recent big birthday, I ask Sting if the passage of time preys on his thoughts.

“There’s more water under the bridge than will come,” he says, using that word “bridge” again.

“I tend to look at the passing years as an enriching phenomenon rather than a diminishing one. Every day counts, every year counts, every second counts.

“That’s the best philosophy I can give you. Yes, we’re dying and we don’t know how long we have but let’s live life to the full.”

The Bridge is out now. 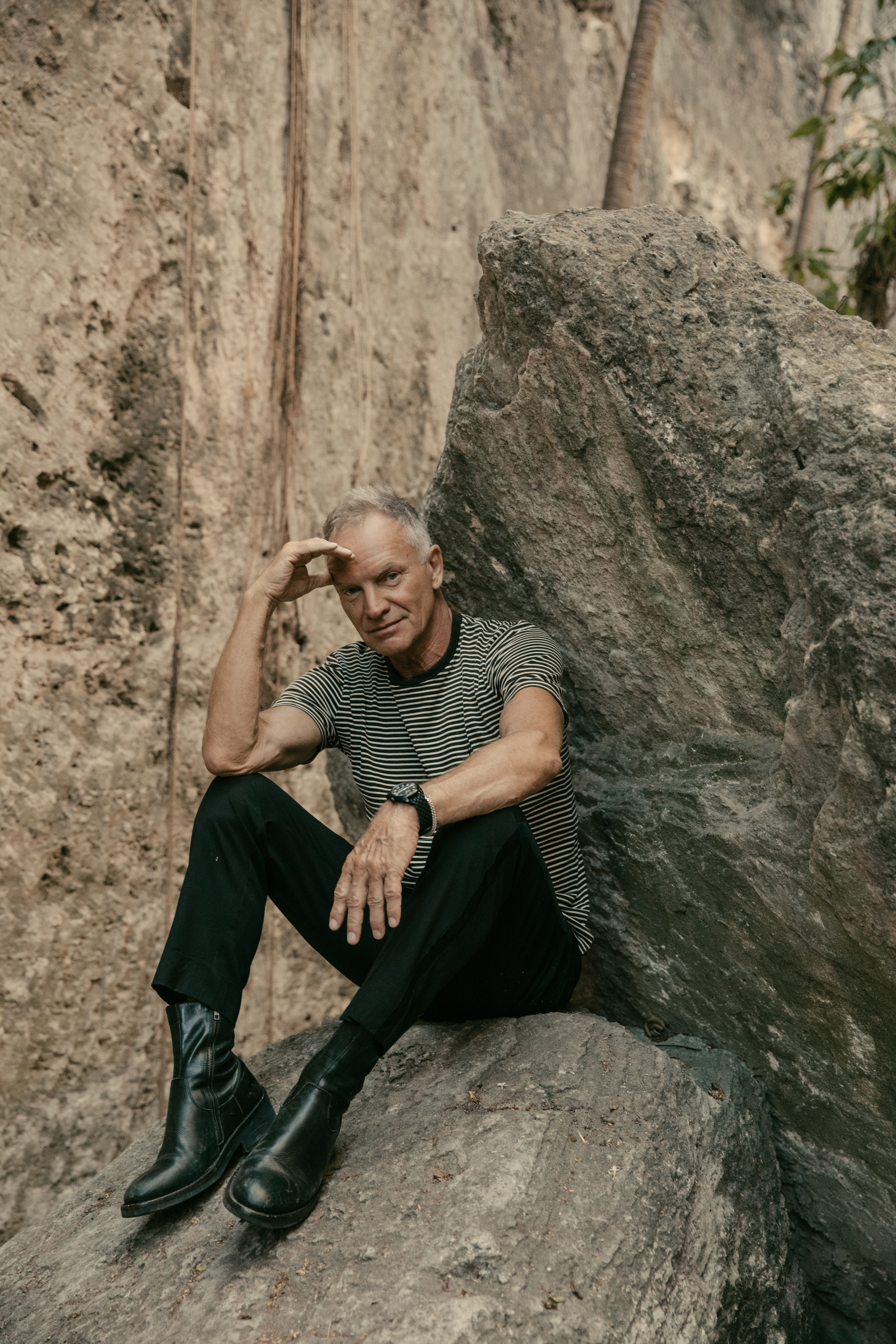