While premium format has recovered in China, lack of major global blockbusters is beginning to take its toll 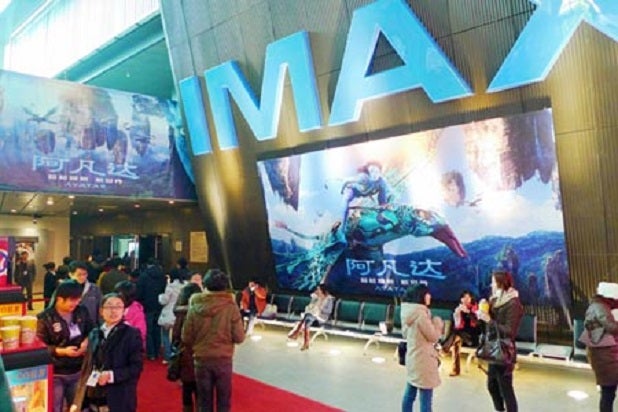 With major Hollywood blockbusters continuing to postpone their release due to the COVID-19 pandemic, IMAX will furlough 150 employees starting on October 26.

Most of the furloughs will be in the company’s offices in the U.S. and Canada, with some additional furloughs affecting its European offices. The furloughs will start October 26 and last at least two months. IMAX says in a statement that the furloughs will “will enable the company to temporarily retrench, conserve resources and adjust its operations to reflect the lack of Hollywood releases in 2020, and the resulting closures of exhibitors in key markets.”

Notably, the furloughs will not affect IMAX’s offices in China and Japan, where theaters have reopened and the box office has significantly recovered. In China, IMAX has seen strong numbers over the past two months as successful containment of COVID-19 has led the government to increase the maximum allowed capacity in movie theaters to 75%. This past weekend, the start of China’s National Holiday, IMAX reported $13 million in total grosses, up 25% from last year.

But as with the rest of the global box office, Hollywood blockbusters are the cornerstone of IMAX’s box office revenue. The premium format found some solid revenue with the release of Christopher Nolan’s “Tenet,” which was filmed with IMAX cameras and received the company’s full promotional support. IMAX reports a running total of $35 million from the sci-fi film, roughly 11% of its $307 million global total.

But as COVID-19 infections have surged again in Europe and remain stubbornly high in much of the U.S., major blockbusters with IMAX support like “Black Widow” and “No Time to Die” have moved out of 2020 and to release in 2021. The move of “No Time to Die” prompted multinational chain Cineworld to close its U.K. locations along with all locations of its American chain, Regal Cinemas. The other two major American chains, AMC and Cinemark, have announced that they will stay open.

With those moves, the next major blockbuster that will receive significant IMAX support is Warner Bros.’ “Wonder Woman 1984,” which is currently set for a Christmas Day release right when the IMAX furloughs are tentatively scheduled to end. In July, IMAX reported a quarterly loss of $26 million, though analysts expect a rebound once a vaccine is made available and major blockbusters return to theaters.

The furloughs were first reported by Variety.