KYLIE Jenner looked incredible while on her mommy-and-me vacation with daughter Stormi and friend Yris Palmer.

The socialite took to Instagram to show off her Chanel and Fendi outfits before taking to the mountains to teach her one-year-old daughter how to snowboard. 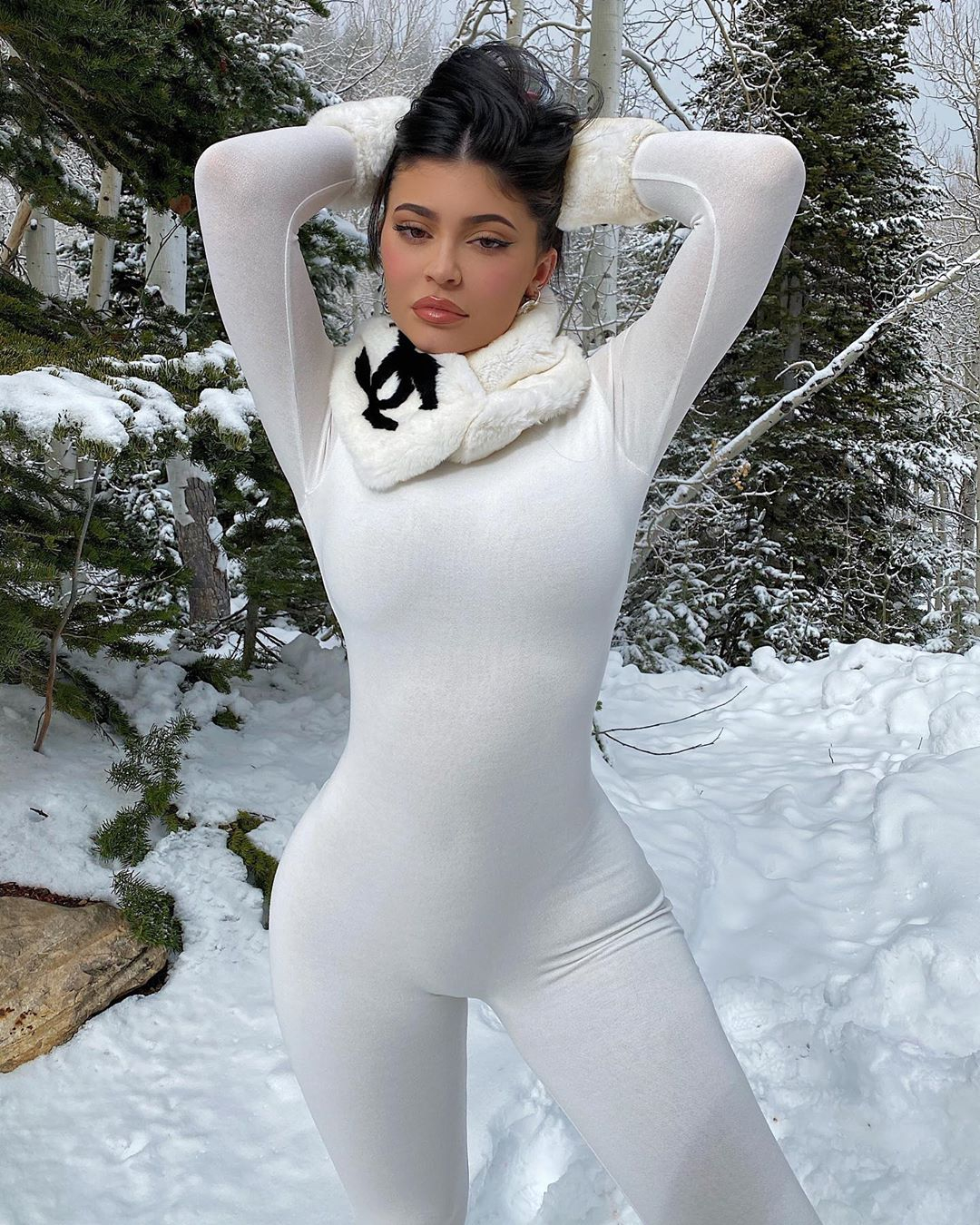 Kylie was first photographed showing off her all-white Chanel outfit.

She wore a full-bodied white suit with a scarf made out of rabbit fur, which costs almost $2,000.

She accompanied the look with white fur cuffs from the same brand.

She was then photographed with Yris Palmer and the two wore matching outfits.

Yris also brought her daughter Ayla along for the mommy-and-me trip and is the owner of Star Lash. 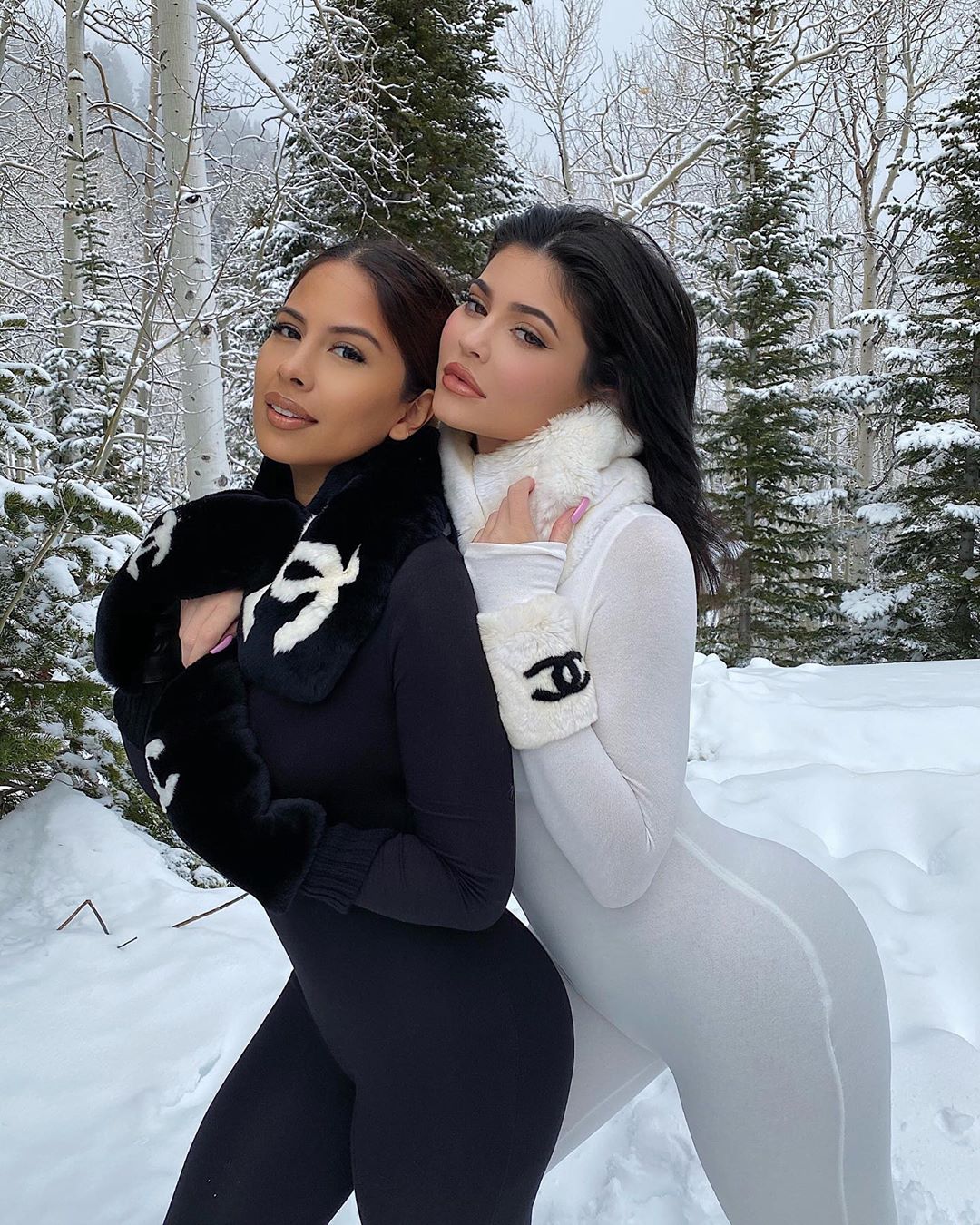 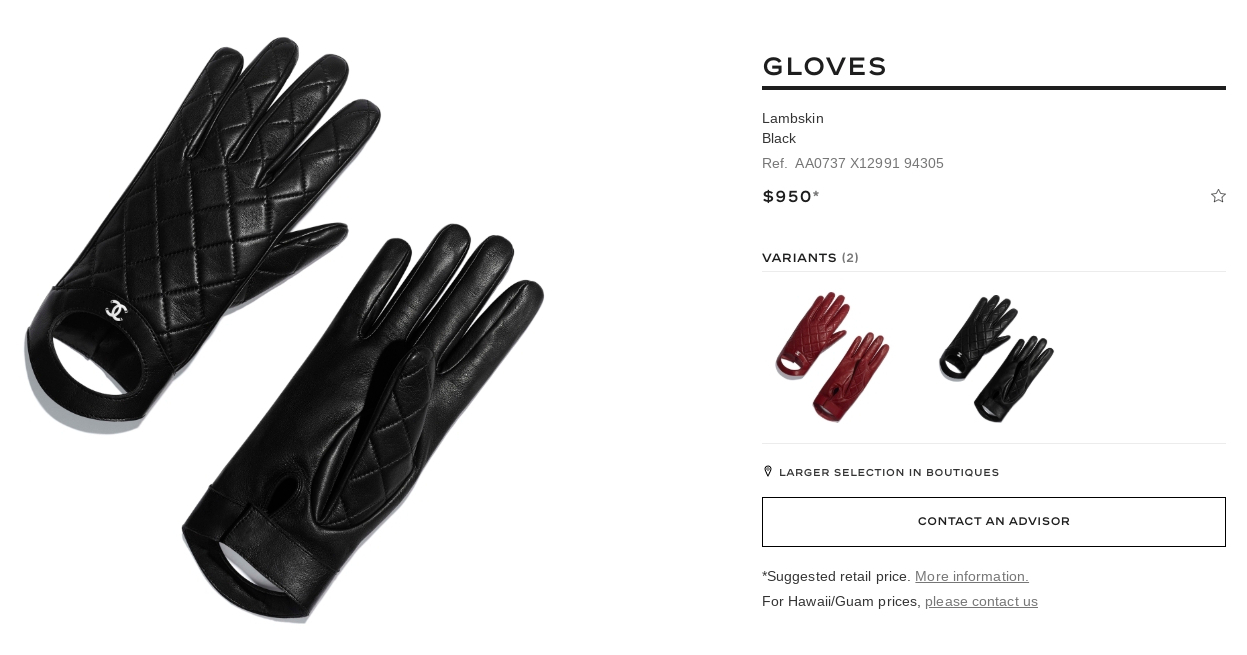 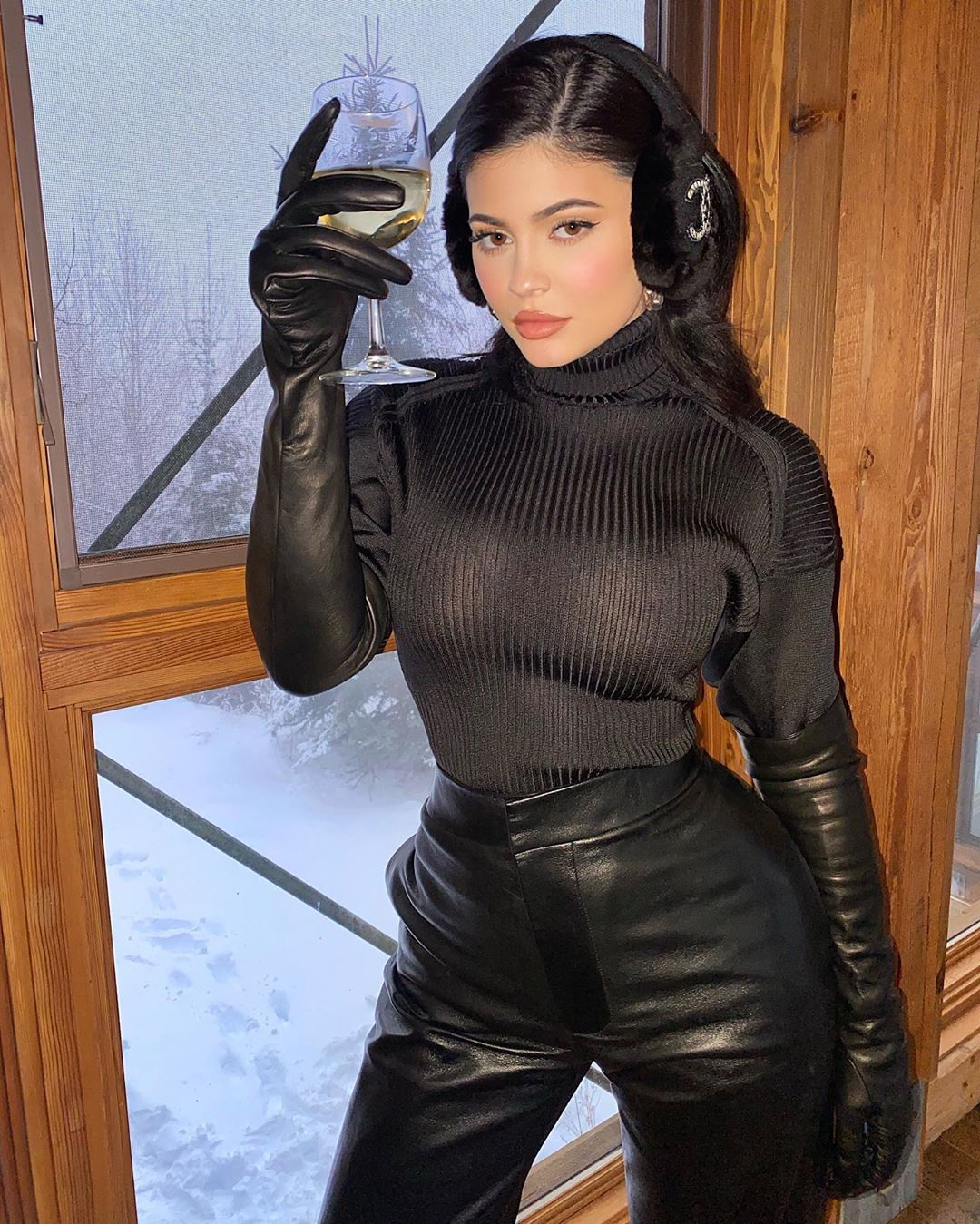 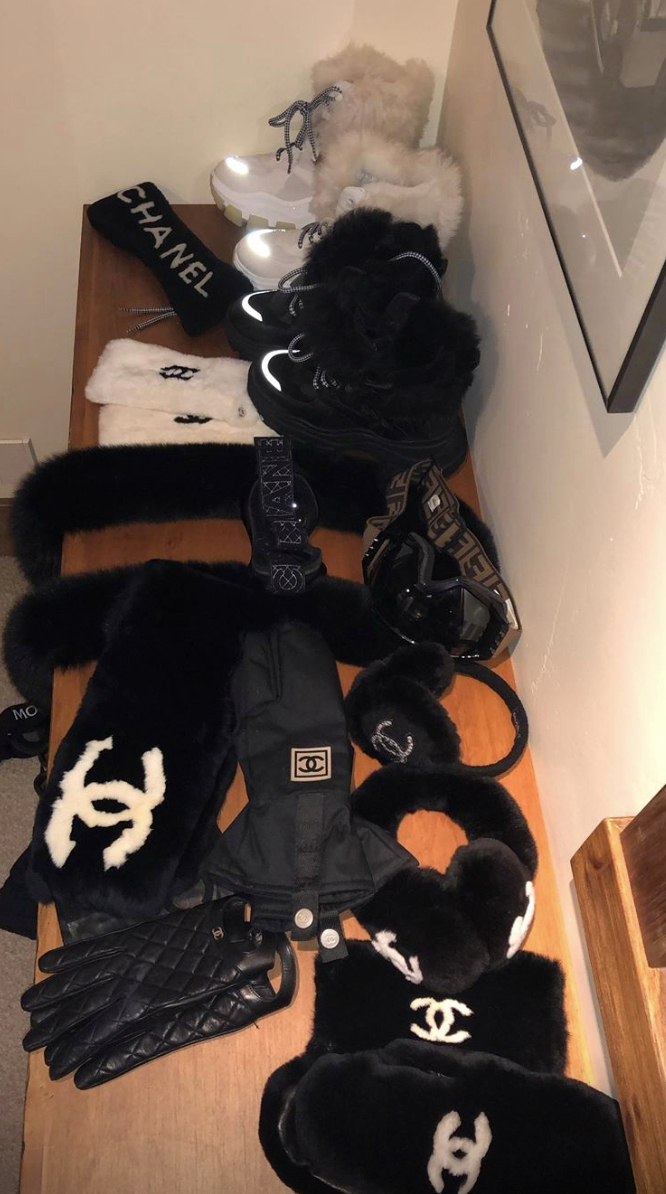 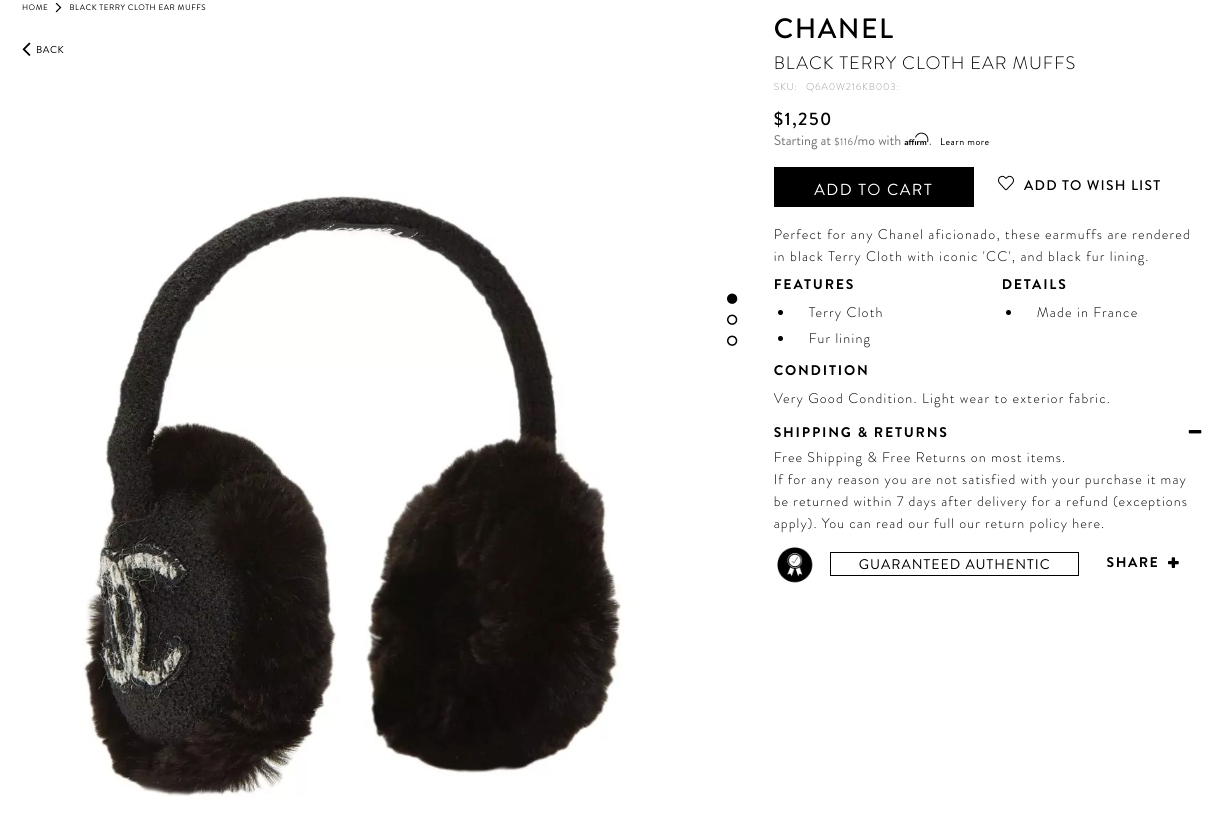 Kylie later shared her second outfit of the day on social media where she was seen enjoying a glass of wine.

She took to Instagram stories to show off some of the items she brought to the snowy mountains. The haul was valued at $16,000.

In it, followers of the youngest Jenner sister could see Chanel headbands, lambskin gloves, earmuffs and cuffs, along with other Fendi items. 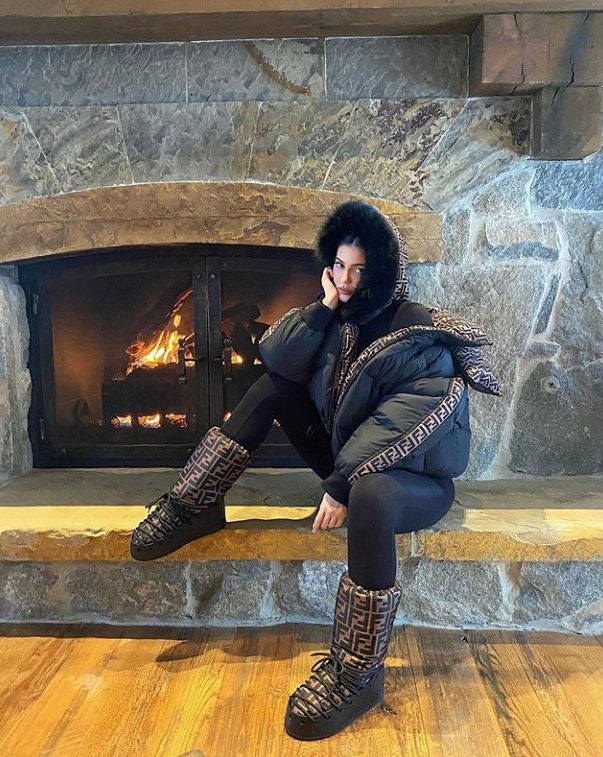 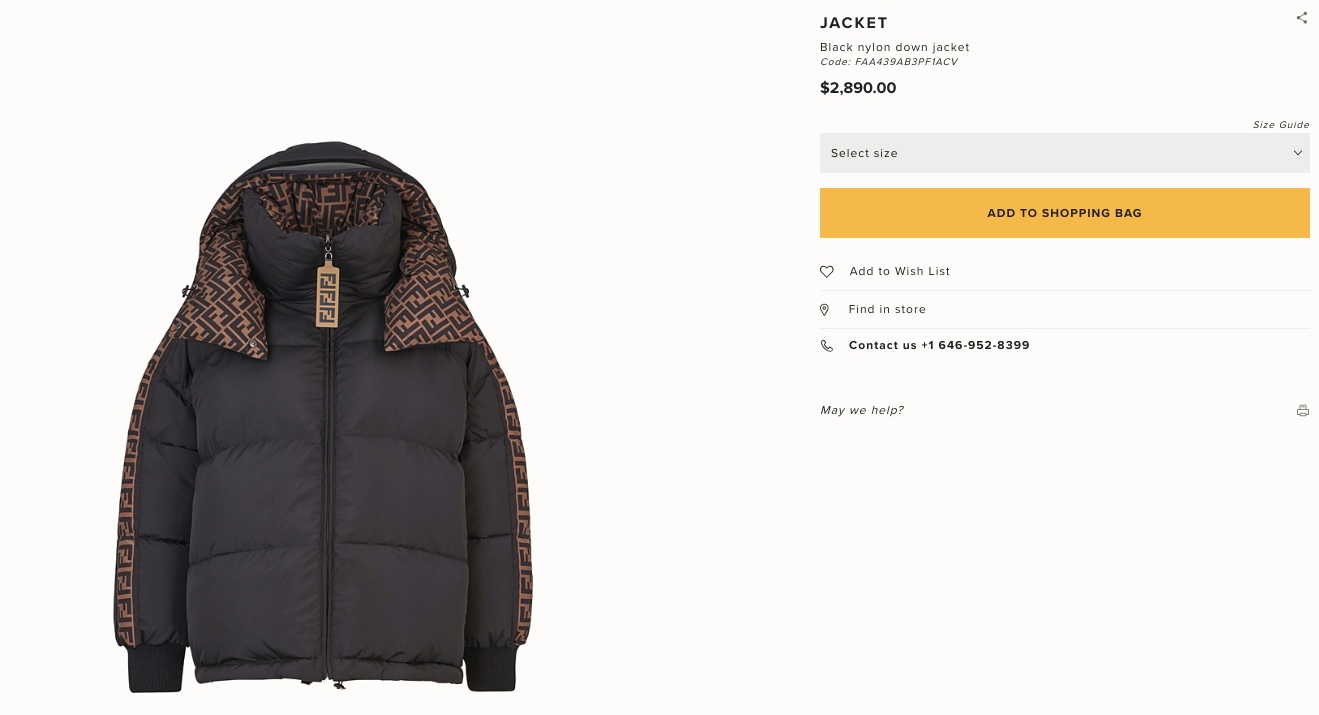 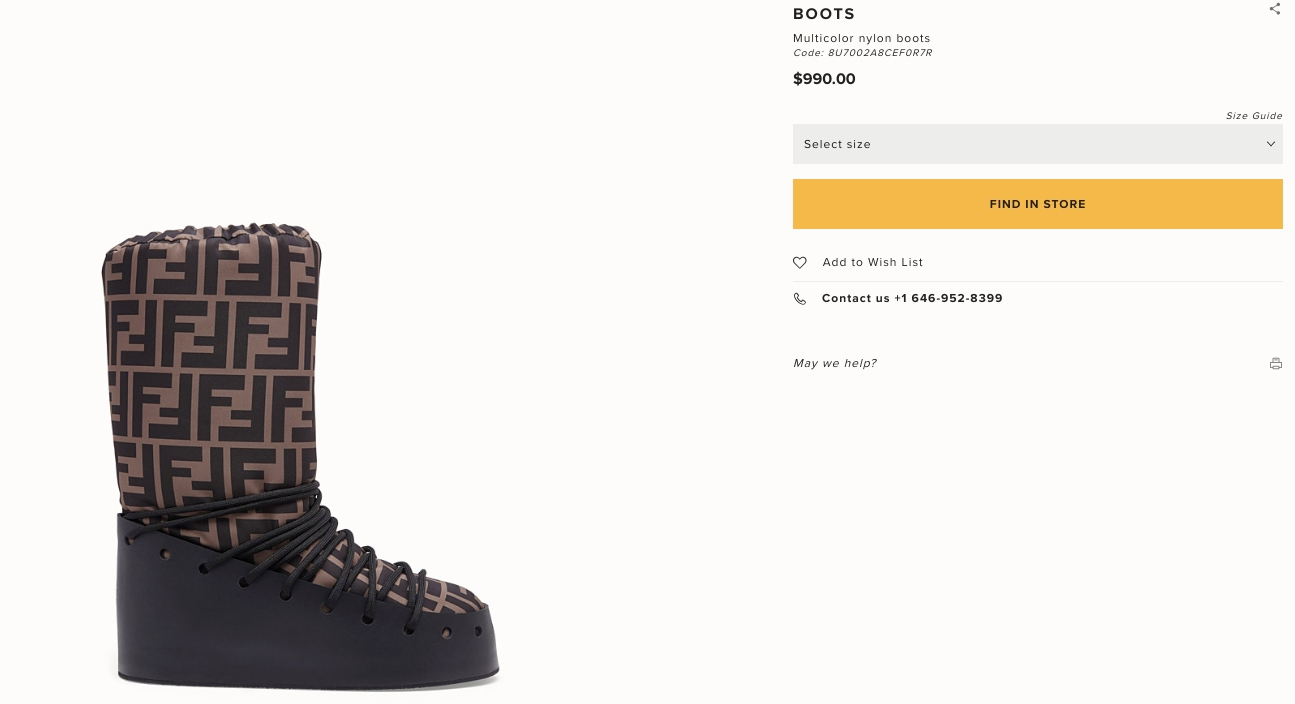 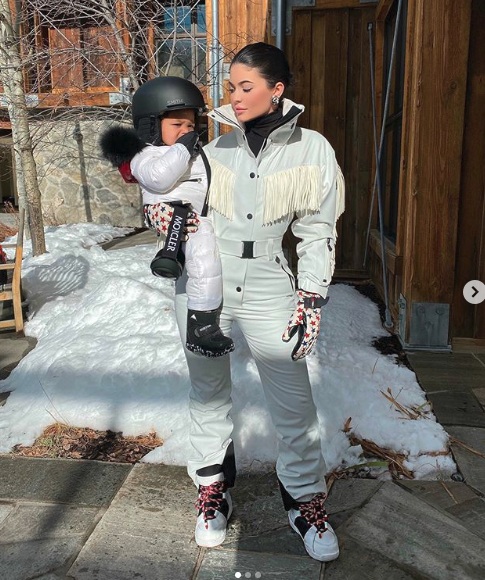 The puffer jacket and snow boots were valued in almost $4,000.

The pictures were all shared within the last 24 hours and there were no signs of the other Kardashian-Jenner sisters.

The toddler could be seen wearing an all-white snow suit with black boots and helmet.

Kylie then posted a video of Stormi's first time on riding a snowboard. 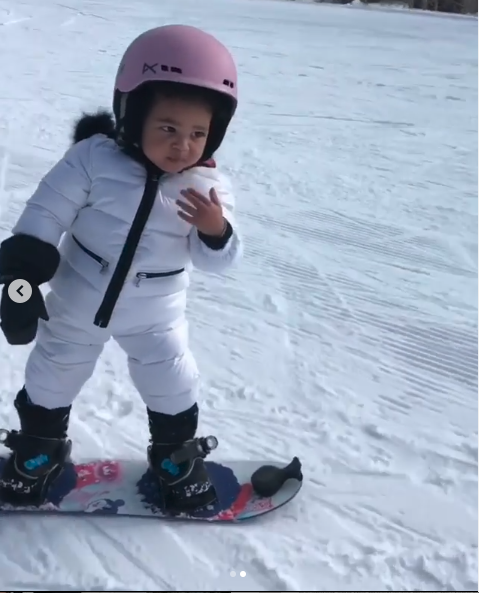 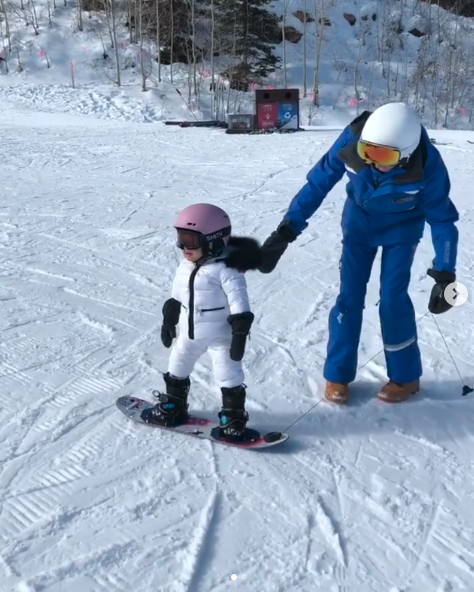 A source close to E! News talked about the snowy trip.

They said: "They are all enjoying the snowy winter weather and being in the cold. Stormi is loving the snow for a few minutes at a time."

"They've been taking walks in the snow and catching snowflakes. Then they go back inside to sit by the fire and warm up."

The source also revealed that the hotel has done everything to make the socialite, her child, and her friends feel at home.

They said: "They shared the hotel's private bowling alley with friends and had a fun time watching the babies bowl."

"Stormi loves the snow and Kylie lights up when she sees her face and all of her smiles and giggles. They are having a great time with friends." 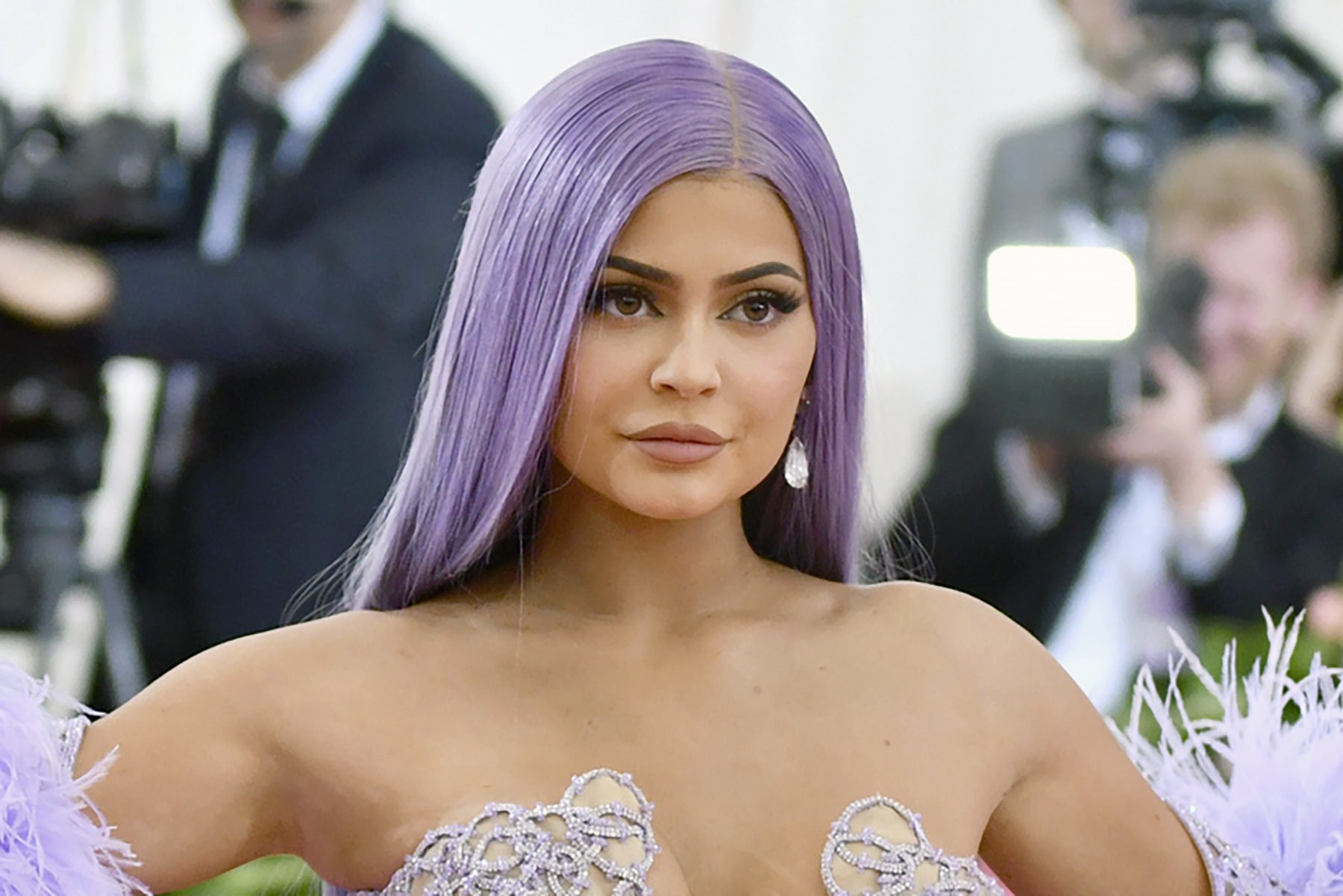 Kylie first stepped into the limelight while appearing on Keeping Up With the Kardashians as the youngest Kardashian-Jenner.

She is the youngest daughter of Cailtyn Jenner and Kris Kardashian.

But she is better known for being the mastermind behind Kylie Cosmetics, which is worth over $1billion.

She was also named the youngest self-made billionaire by Forbes magazine. 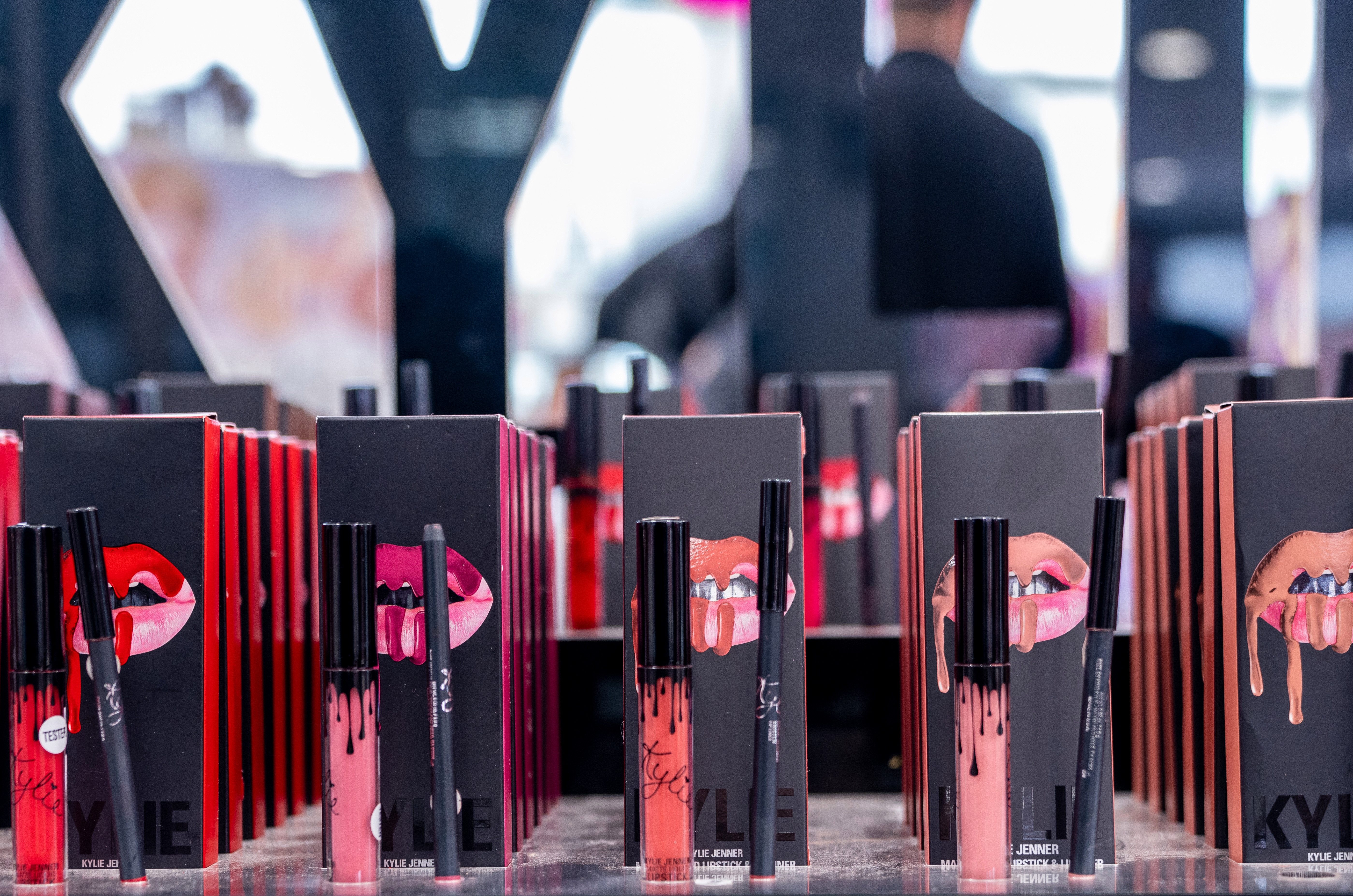 Kylie recently made headlines after she sold half of her company for $600million.

She said in a press release: "This partnership will allow me and my team to stay focused on the creation and development of each product while building the brand into an international beauty powerhouse."

Her cosmetic empire first started when she made her famous lip kits that helped buyers achieve the same look as Kylie's.

Kylie later admitted that she got lip fillers when she was 17 because she felt insecure with her looks. 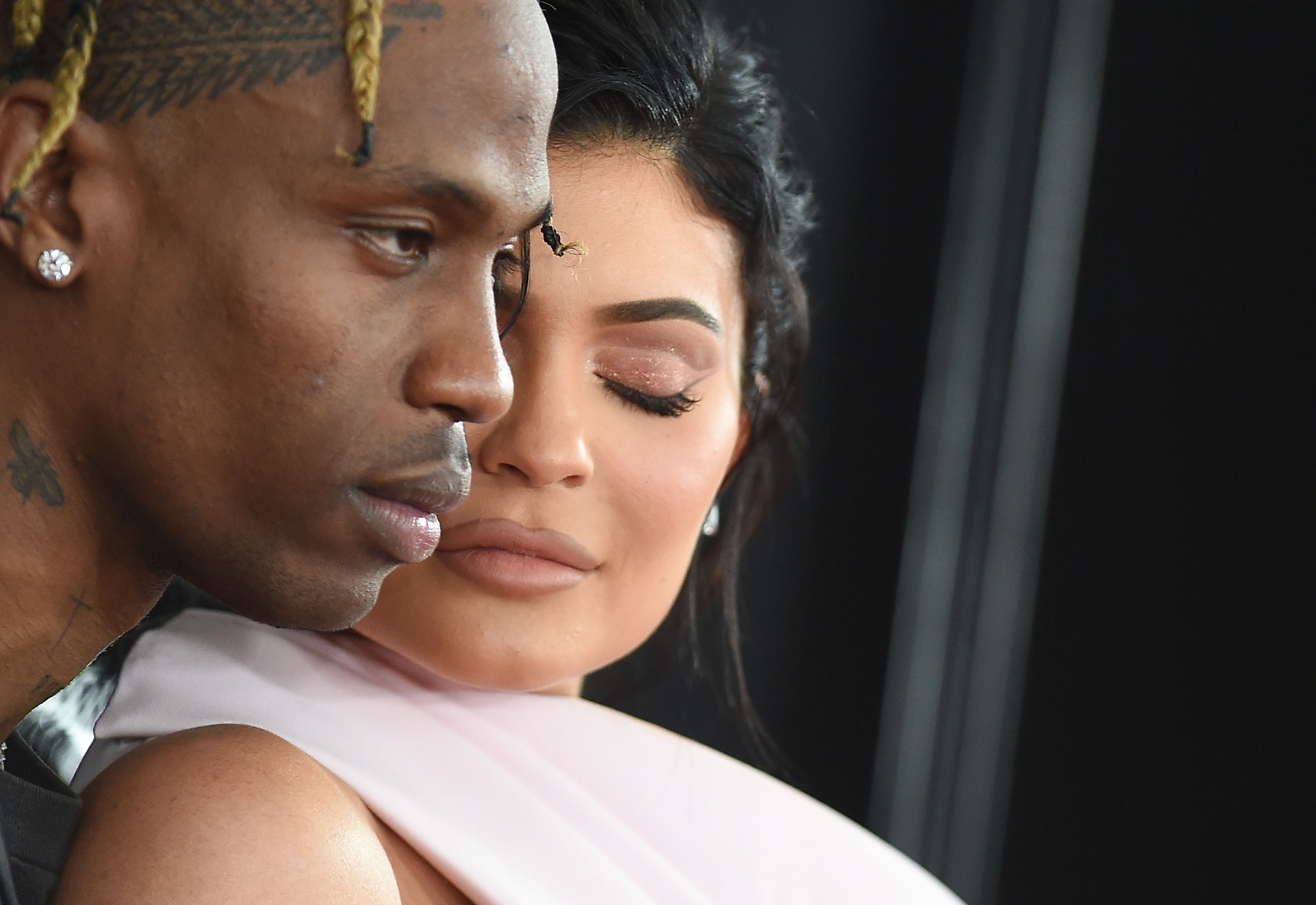 Kylie has one daughter with rapper Travis Scott.

The socialite hid her pregnancy from the world until after she gave birth in February 2018.

She wrote on her social media: "I’m sorry for keeping you in the dark through all the assumptions. I understand you’re used to me bringing you along on all my journeys."

"My pregnancy was one I chose not to do in front of the world. I knew for myself I needed to prepare for this role of a lifetime in the most positive, stress free, and healthy way I knew how."