But co-showrunner Carlton Cuse has revealed to Digital Spy that there was a real danger that series regular Wendell Pierce would be forced to drop out of the show. 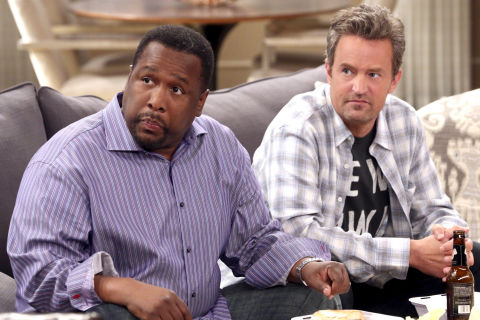 Though he was able to shoot the first season of Jack Ryan while still under contract to the comedy series, if The Odd Couple had been renewed for a fourth season, Pierce would’ve been unable to film any more episodes of the John Krasinski-led series.

“They had the first position availability, so it was really unclear whether we could actually get him,” Cuse explained. “Also, Amazon was very reluctant to sign an actor who was in second position to another series.

“We had to gamble that The Odd Couple was gonna get cancelled – my intel suggested that it was, but of course, I didn’t really know [for sure].

“We were really fortunate that Amazon was willing to take the gamble on him, and we cast him with the real possibility that if that show got picked up, we would have had to recast him in the second season, which would have been really unfortunate.” 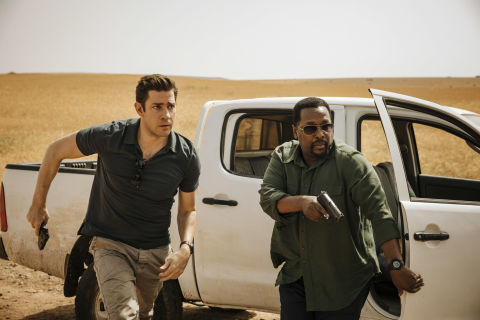 Fortunately (for Jack Ryan, at least), The Odd Couple was axed by CBS, freeing up Pierce to continue as Greer. “But it was a really arduous journey,” Cuse added.

Co-showrunner Graham Roland insisted that, scheduling issues aside, everyone involved in casting had “instantly embraced” the idea of Pierce playing Greer.

“John is the fifth Jack Ryan,” Roland said, noting how Krasinski follows in the footsteps of Alec Baldwin, Harrison Ford, Ben Affleck and Chris Pine. “He’s coming into the role having seen several other portrayals.

“The only person that’d ever played Jim Greer was James Earl Jones [opposite both Baldwin and Ford, in 1990 film The Hunt for Red October, 1992’s Patriot Games and 1994’s Clear and Present Danger]. That comparison, and stepping into those shoes, is super-daunting, so we needed somebody like Wendell to take up that mantle.”