When you watch Brett Morgen’s documentary about Jane Goodall, the first thing that pops out is the stunning 16mm archival footage capturing the young primatologist in never-before-seen footage of her storied time in Gombe Stream National Park in Tanzania. Before agreeing to take the assignment, Morgen screened National Geographic footage of Goodall and the chimpanzees.

“They sent me an old print of it, and I was amazed at the content,” said Morgen. “I remember walking away from it thinking that this could be the greatest depository of 16mm film outside of NASA.”

However, Morgen didn’t receive stunning historical footage ready-made to create the cinematic and immersive experience that is “Jane.” Morgen was forced to shut down production for six months, putting his editor on hold, while an army of assistant editors created logs to decode 140 hours of scrambled footage. The hardest part was identifying up to 160 chimps, and isolating the three that were relevant to the story.

“This is the hardest film I’ve ever been involved in to get to the writing stage,” said Morgen. “Like 15 people were working on this and created these giant post-boards with various descriptions like, ‘missing a right lower ear,’ or whatever it is. It’s just really tedious work.”

The footage was almost entirely recorded without sound. To keep the audience engaged in the world of the chimps, Morgen built a simulated mixing stage in his office. Then, to supply sound editor Warren Shaw with the elements to create an immersive sound experience, he hired a recent USC grad whose job for nearly two years was to become an expert in chimp vocalization and grunts by working with field specialists from Gombe.

Shot more than 50 years ago, most of the footage was shot on 16mm Kodak color reversal film with a Bolex camera by Hugo van Lawick — and it looked nothing like what appeared in the final version of “Jane.” The footage had aged, much with an orange or purplish hue, and all of it was extremely grainy. With most documentaries, financial constraints makes color correction a rather swift process, but National Geographic supplied the money for Company 3 colorist Tim Stipan and Morgen to spend 250 hours digging into the images.

“The before-and-after is really night and day,” said Stipan. “The before is flat, desaturated, there’s nothing rich about the film. And Brett really took it into another world, pushing the limits of what we could get out of it.” For Morgan, Stipan played such a crucial role that he took the unusual step of giving his colorist a main end title in the closing credits.

Stipan would add as much saturation he could to individual shots until the image “broke.” Then he and Morgen would “power window” the image, creating mattes to isolate individual elements and find new ways to push its latitude.

While Morgen appreciated Van Lawick’s footage for its composition and symmetry, it was shot in the spirit and style of documentaries of the mid-60s, which the filmmaker called “anachronistic by today’s standards.” In addition to reframing each of the shots — converting the archival footage from a 1.33 to 1.85:1 aspect ratio — Morgen delved into different layers of the image not only to get the most color and contrast out of the image, but also to focus, sometimes quite literally, the viewer’s eye. 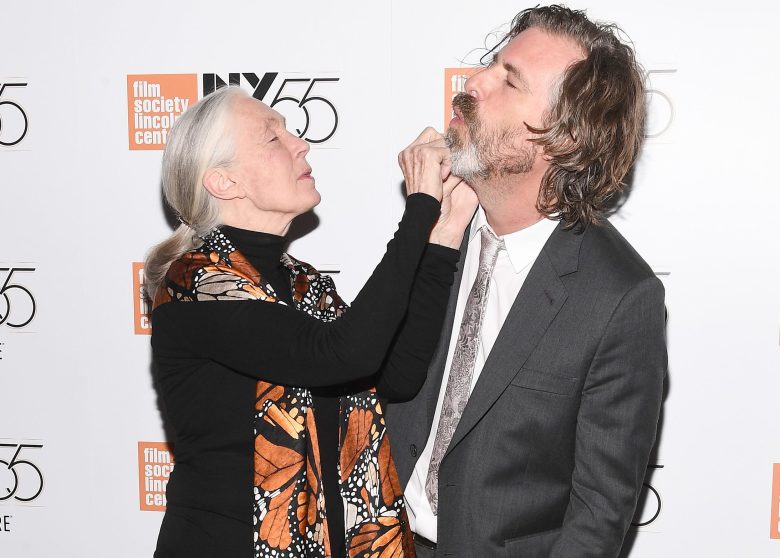 “What really makes that footage pop and feel like it was shot yesterday were the insane amounts of power windows that we did all over the frame, which is completely invisible to the naked eye and to the casual viewer, but if you watch the film there is always a point of focus,” he said. “There is always a place where your eyes are supposed to land in the shot, and that’s all coming from there rarely [being] a shot in that film that doesn’t have 12 windows on it.”

The  footage, which  spent years in the sub-par storage of the jungle, was extremely grainy even by 1960s’ 16mm standards. National Geographic investigated the negative and found that the grain was on the negative, which meant that the film would need to go through an intensive grain reduction process.

Looking back at the intensive post-production process, Morgen reflected how he had no idea what he had gotten himself into when he said yes to “Jane.” But was it worth it? “Absolutely.”