It’s been quite a while since The Grand Tour hit television screens and fans have been desperate for an update on the trio’s next adventure which will take place in Madagascar. As viewers eagerly await the return of the Amazon Prime series, Jeremy Clarkson teased he was already back out with James May and Richard Hammond to start shooting another instalment.

Taking to Instagram today, Jeremy posted a snap of himself alongside his former Top Gear co-hosts.

The trio were all social distancing in the picture, which Jeremy captioned: “Today’s important work. Planning the next adventure.”

The DriveTribe, which is partially run by the trio commented on the image: “The boys are BACK.”

Fans were thrilled with the announcement and rush to comment, with one remarking: “Can’t wait for the next episode of The Grand Tour.” 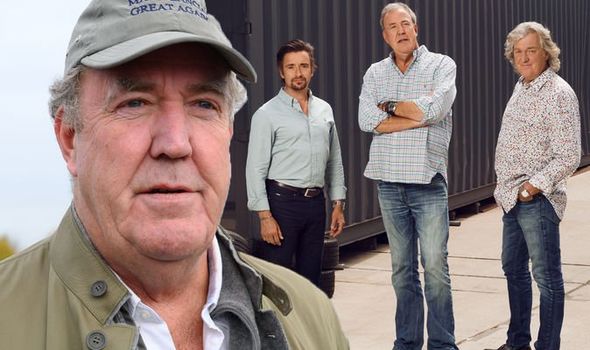 Another added: “New episode or season?”

“The boys are back in town,” a third continued as another asked: “Still doing Russia next?”

The bombshell comes after it was revealed the Russia special for The Grand Tour had to be axed due to coronavirus.

Speaking in a Q&A on DriveTribe, Jeremy previously explained: “The only real problem we had is we were supposed to have gone to Russia two weeks ago to film the next one but that really wasn’t possible. 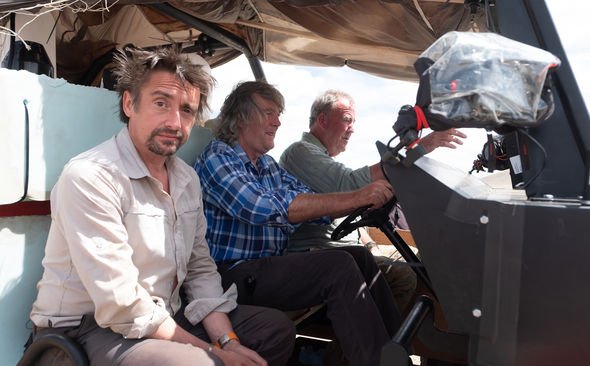 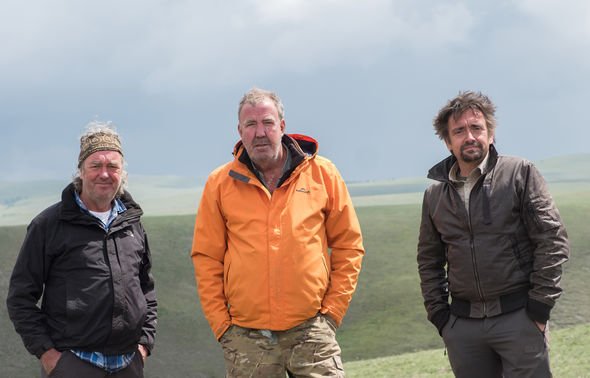 He added: “So that’s on hold for the time being. But we’re using the time to prepare for the one after that so we continue onwards!”

His comments came as producer Andy Wilman explained the shoot for Russia was set to start in March and the production team had already spent “thousands” shipping over cars.

But there was some good news as, speaking in May, Andy said they were close to finishing the Madagascar special.

He told fans: “There is good news as we are in the final strokes of Madagascar so we can give it to Amazon in two to three weeks.

Jeremy added: “Give it to Amazon in three weeks, so if you want to know when the next instalment of The Grand Tour is coming up, ask Amazon, not us.”

However, it seems the host is getting tired of fans demanding to know when the next episode will air as he told them it is up to Amazon not the presenters.

During a charity quiz earlier this month, Jeremy insisted: “If you want to know when The Grand Tour is out, we don’t know, Amazon Prime know.

“It’s finished, it’s filmed, it’s edited, it’s graded, it’s ready to go and it’s up to them when they put it out so stop asking us.

“We’re looking forward to seeing it as much as you are.

“It was b****y good fun to make in Madagascar, which is one hell of a place and we think we made a hell of a story.”

Looks like fans will have to wait just a tiny bit longer until they can watch the latest special but for now, they can get excited about the news the host have reunited and are planning big things.

The Grand Tour seasons 1-3 are available to watch on Amazon Prime Video now.