The Little Mix member was on her way to Bunga Bunga, a restaurant and club in Covent Garden. 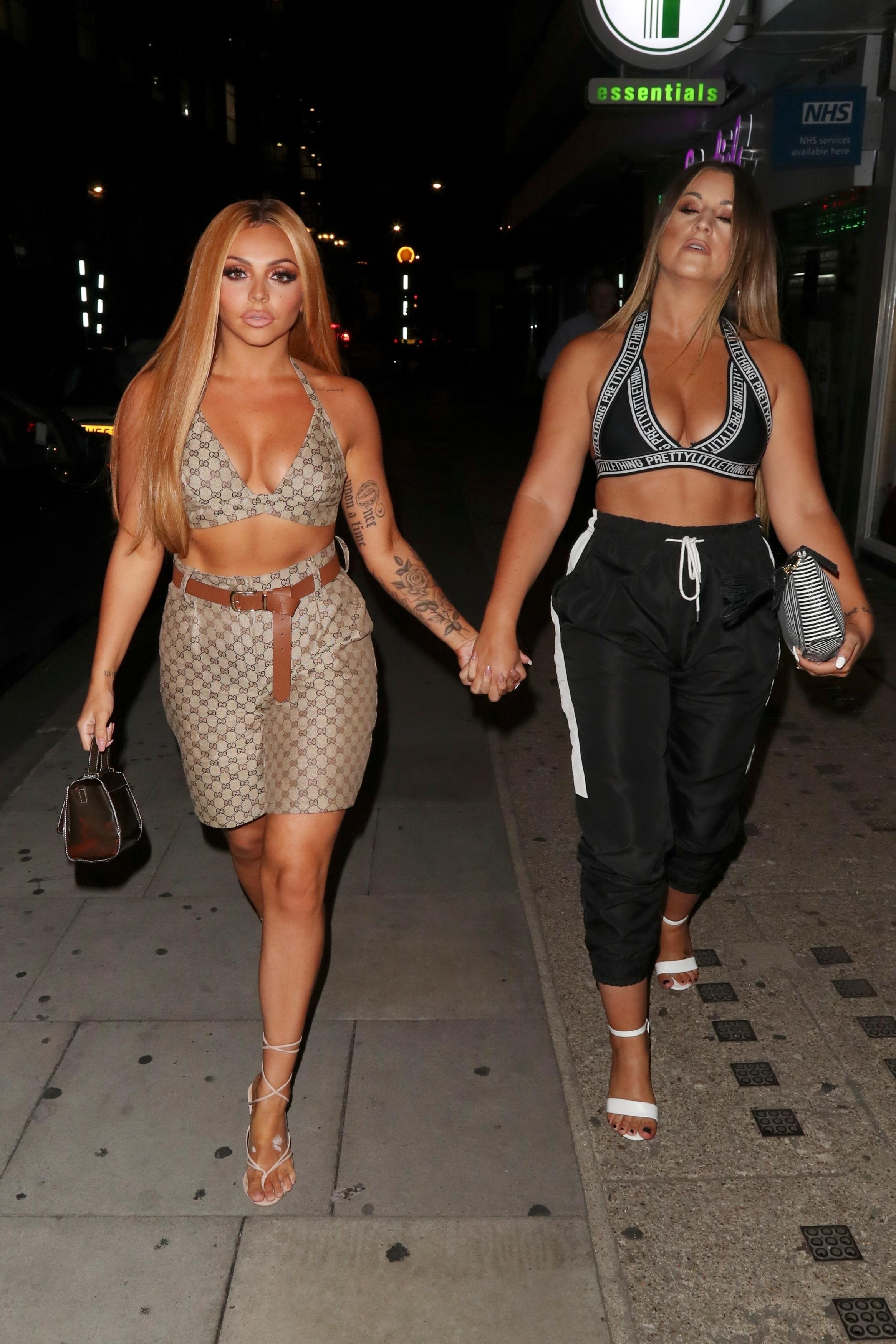 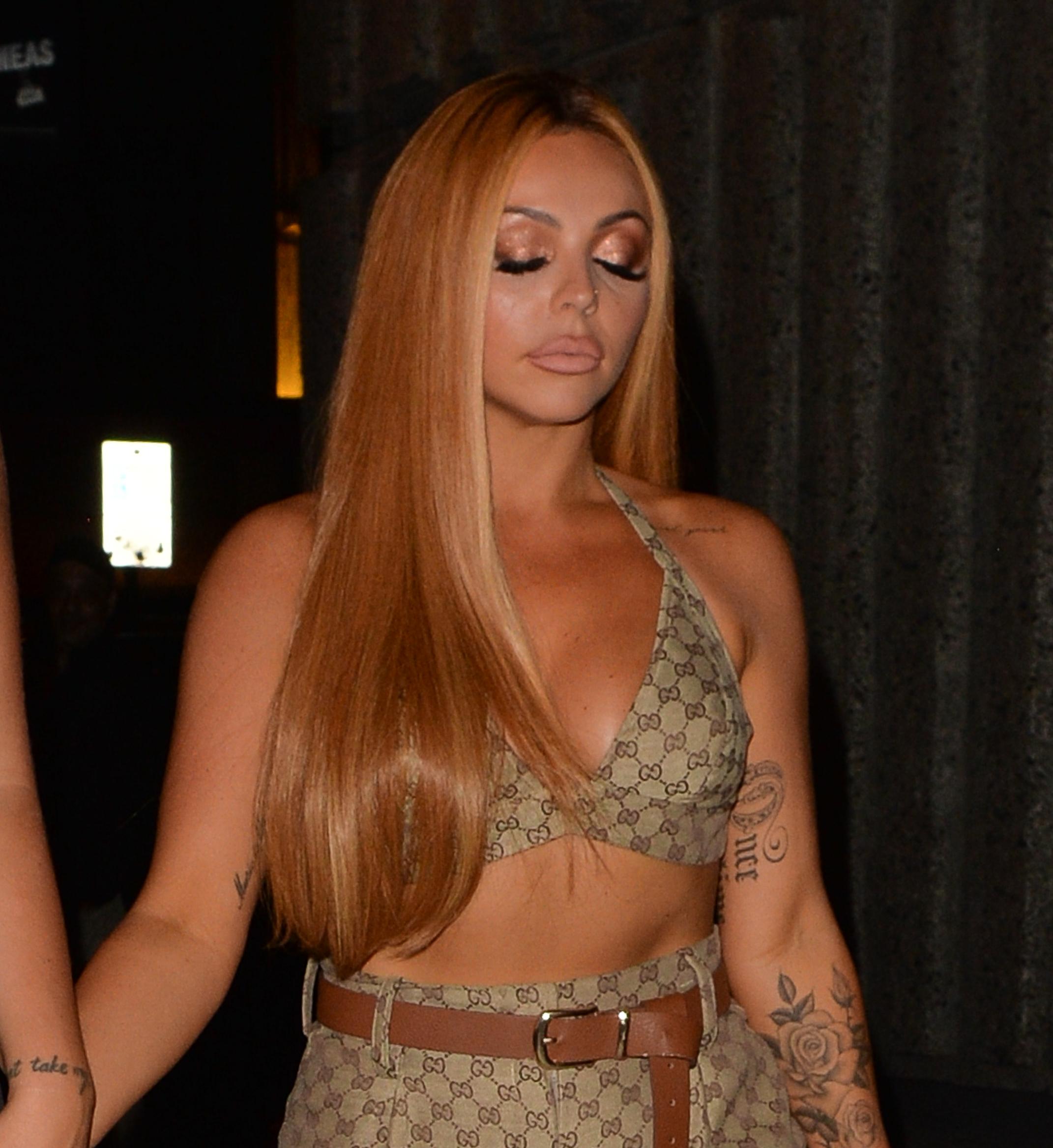 Singer Jesy wore her long hair down and straight, and was also wearing heavy lip liner.

She accessorised her outfit with high-heeled nude sandals and a brown handbag.

Earlier in the evening, Jesy posted a photo to Instagram of her hair and makeup, tagging makeup artist Adam Burrell and hair stylist Aaron Carlo.

She then went on to post several Instagram stories from her night out Bunga Bunga, posing in a car and in the club with her friends. 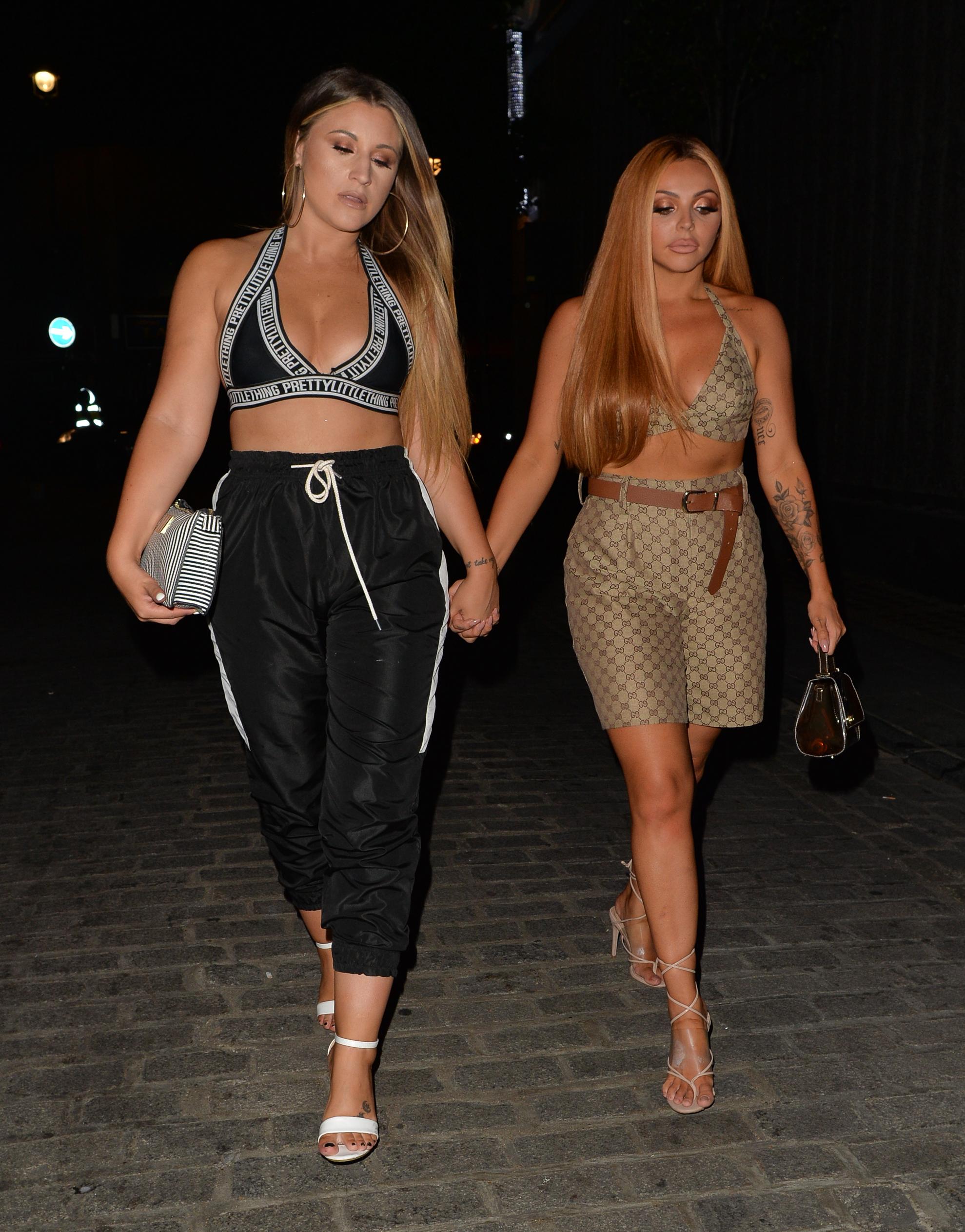 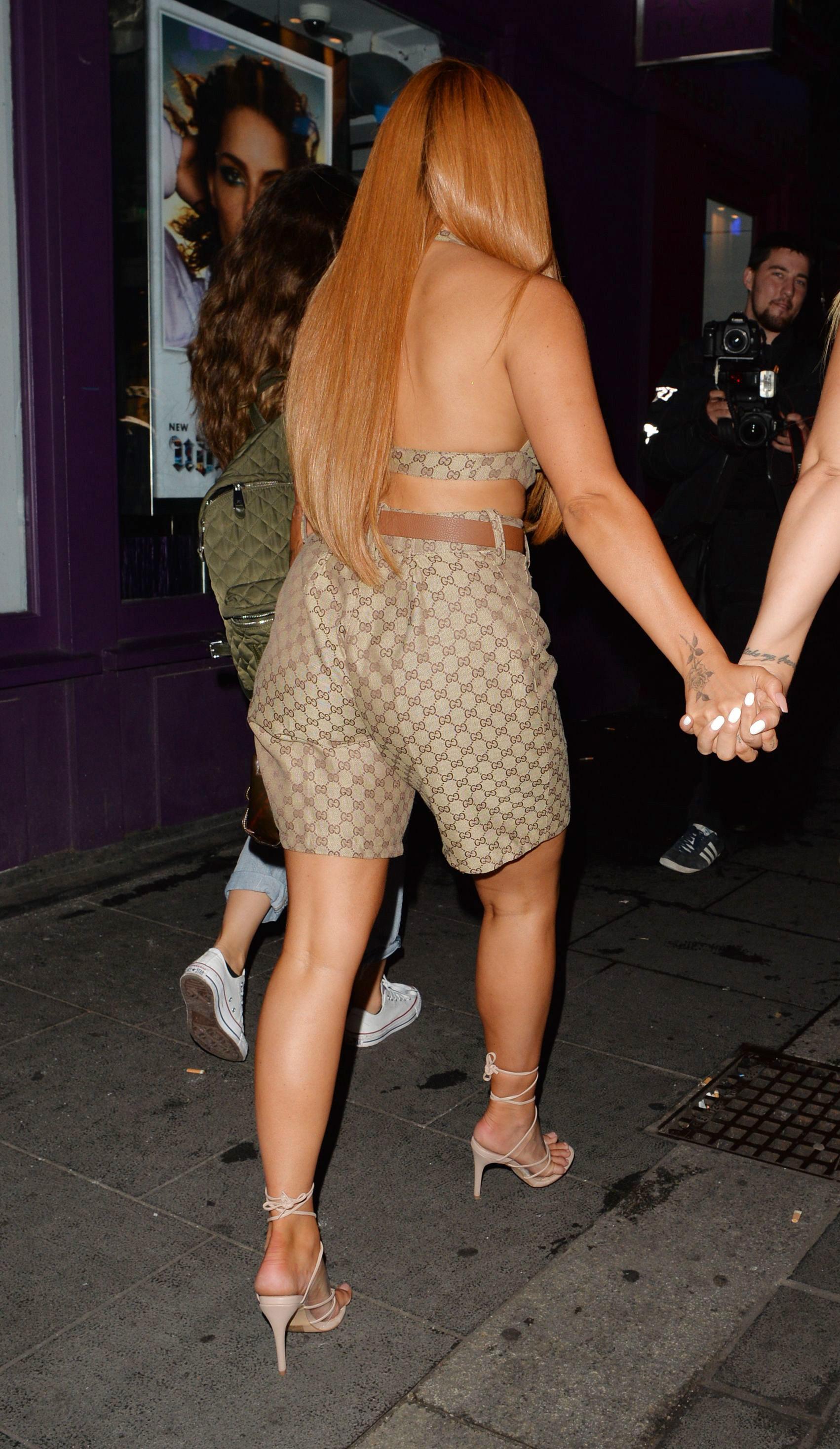 The star certainly likes a crop top, and back in June she wore a powder blue bralet and matching skirt when she was out in the West End.

Jesy completed her look with towering white heels and elegant make-up that complimented her eye-catching ensemble. 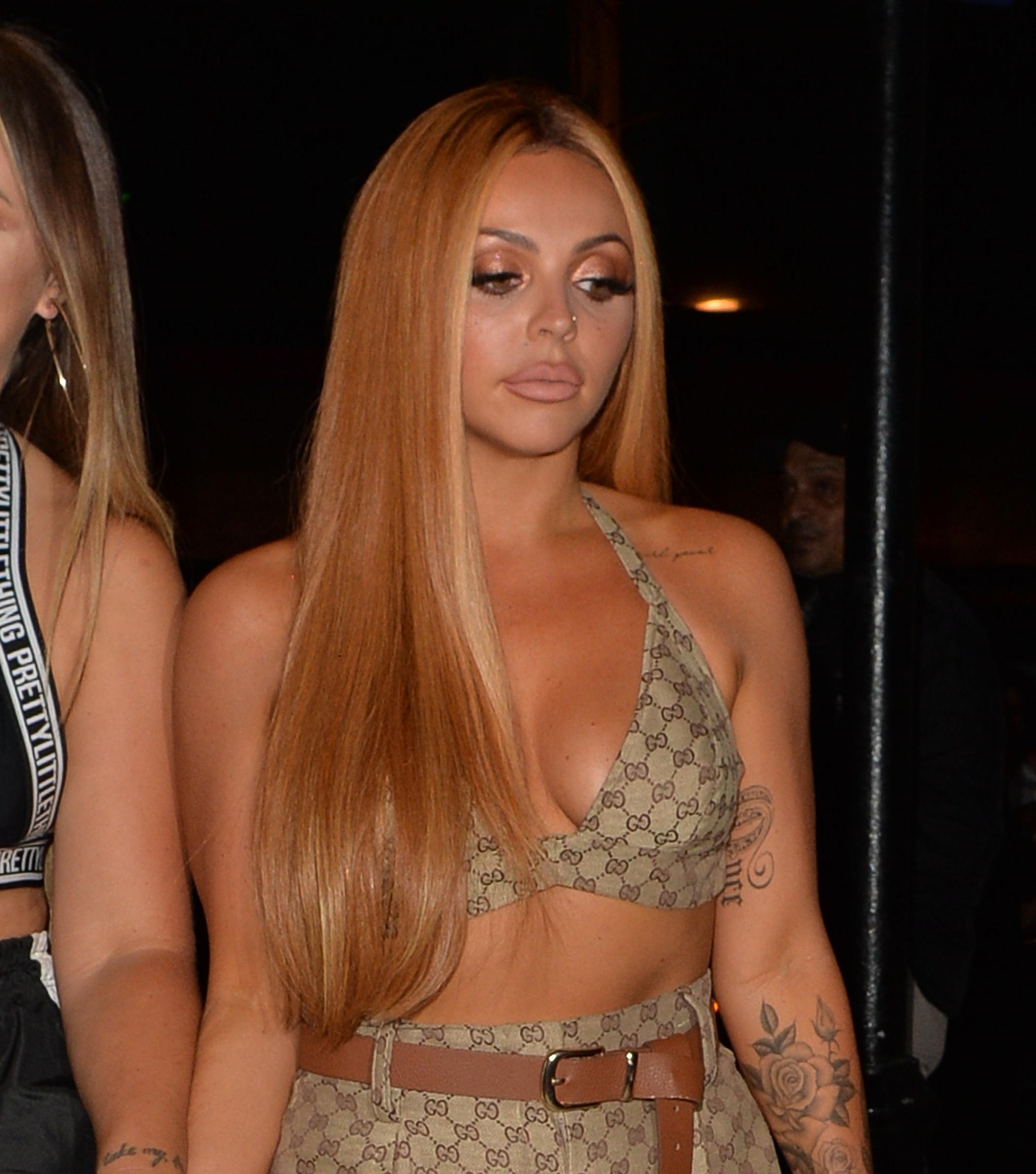 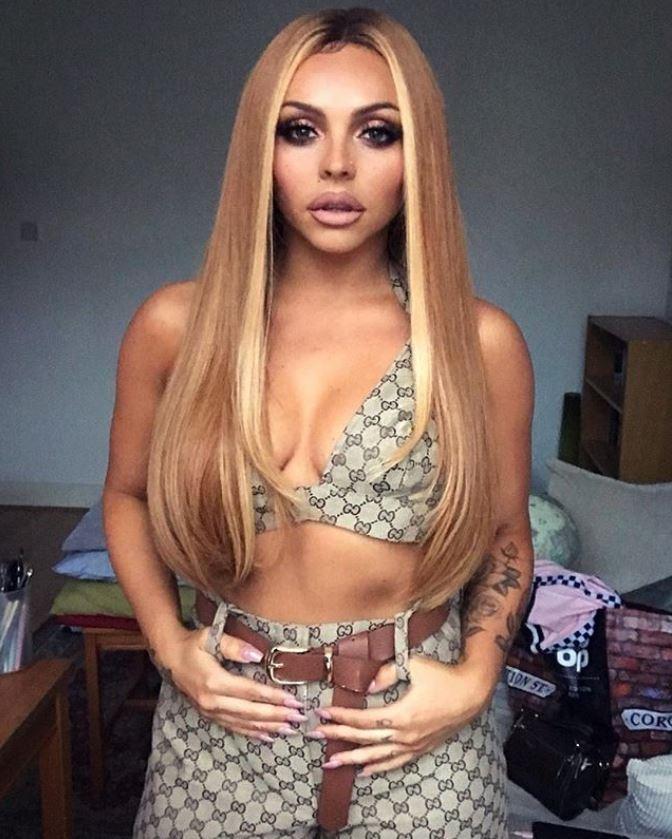 Meanwhile Jesy – who insisted she wasn't being "big-headed" – admitted she was "enjoying her normal jiggly bum".

She explained: "I just like everything at the moment, I’m really enjoying myself! You need to embrace it! I don’t care about having a fake bum; I’m just happy with my nice, normal, jiggly bum."

Speaking to Glamour UK, Perrie, 25, said she was a fan of her bigger breasts after discovering she had increased in bra size overnight.

She said: "I used to have tiny boobs and everybody in my family has big knockers and I was like, 'um, where’s mine?' and then they just appeared one day out of nowhere, I was like 'oh my god, guys, I’m going to have to wear a bra now' because I wasn’t wearing a bra because I didn’t have anything in them – it was just an empty hammock!"

Sun Online previously revealed that Perrie Edwards has had an operation on her oesophagus.