The former glamour girl, 39, confessed the spat reminded her of "feeling suicidal" during her own stint in Celebrity Big Brother. 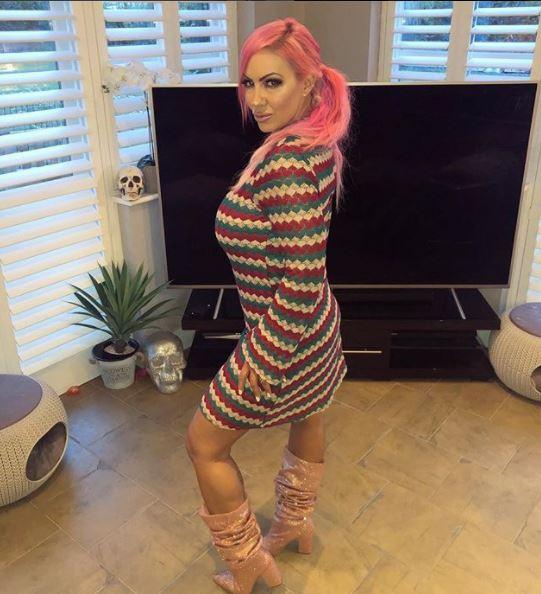 Coleen and Kim attempted to resolve their 18-month feud on the show this week, but the slot ended with Kim, 76, storming out of the studio in tears.

The Nolans star, 53,  has since faced bullying claims and viewers have even started a petition to have her sacked from the show.

The incident also received 3,297 Ofcom complaints, including one from Jodie – who posted a copy of her submission online.

She slammed Coleen in a series of tweets, saying she was "disgusted" by her behaviour. 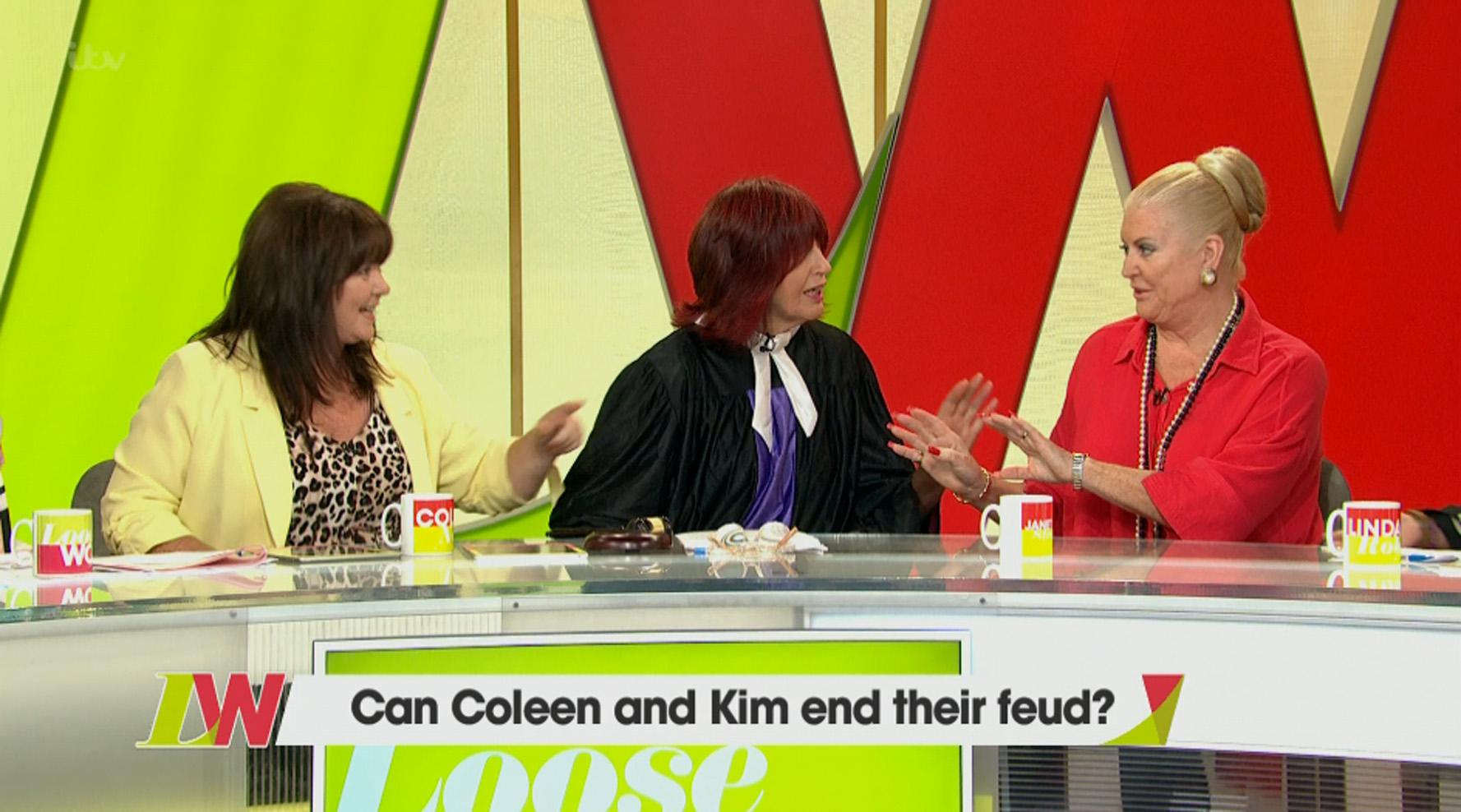 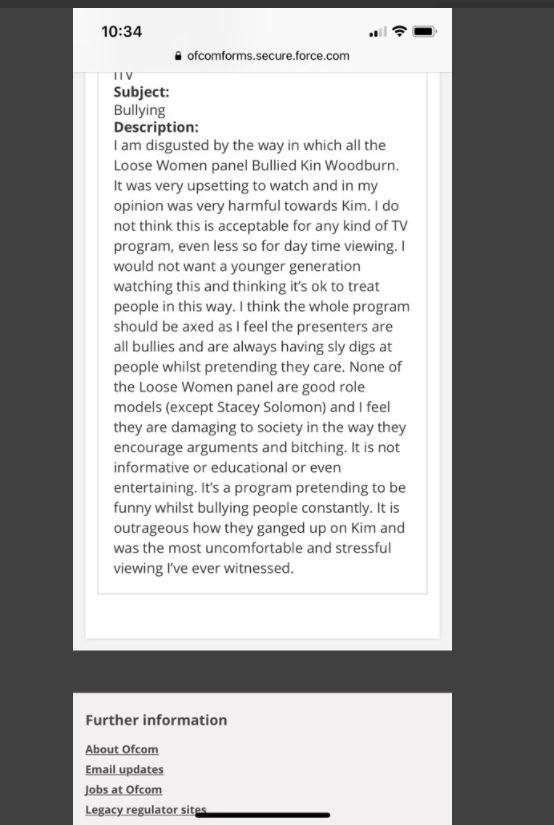 Jodie wrote: "So I’ve just made my first ever complaint to @Ofcom…

"It was bullying, pure & simple. I’m disgusted & feel that day time TV needs to get with the times & realise this isn’t acceptable……

"And just an FYI – I know EXACTLY what Kim Woodburn was saying about CBB being vile & tough.

"I was bullied in the Big Brother house… & it took me a whole year to get over it. 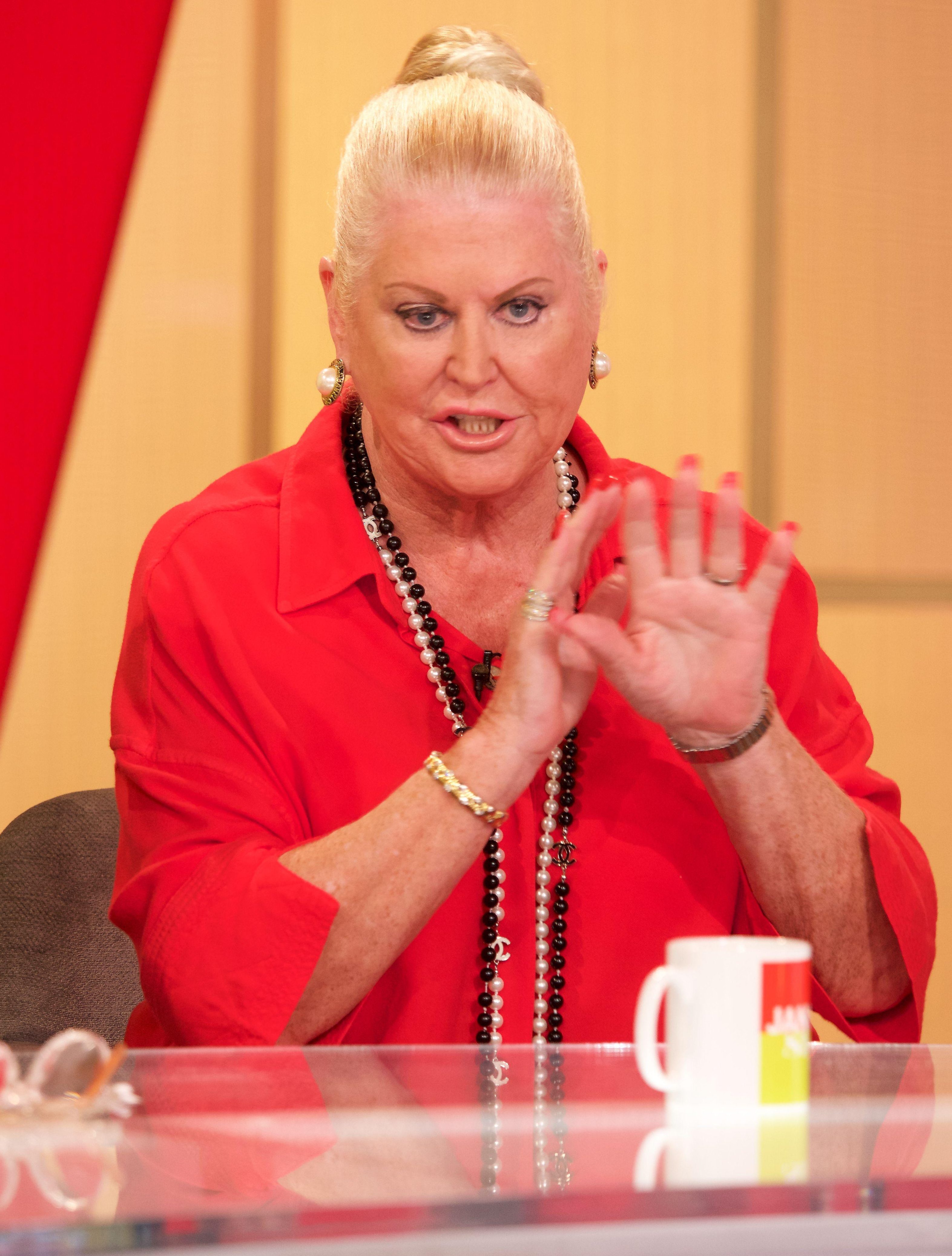 Jodie went on to insist the Kim should have been allowed to talk freely about her experiences in CBB as life in the house can be "horrendous ".

She added: "Some of the 'nicest' people you see on TV are the most vile coke addicted t**** in real life…

"& if you don’t play their game then they bully you out.

"I genuinely hope Kim is ok. I feel sick for her and how they treated her…"

During the episode, when Kim spoke about her childhood abuse, Coleen could be heard saying:  “We got this every day as well,” before adding: “She's going to cry in a minute.”

Janet Street-Porter tried to mediate the situation, but Kim soon stormed off and shouted: “I wouldn't want to sit and talk with lying trash. She's a horrible person. You are trash, you're a piece of filth!”

n a statement, a representative for Loose Women said: “Kim agreed to come onto the panel today at the invitation of the producers on the understanding it was for reconciliation with Coleen.

“Kim becoming upset was never the intention and the panel did endeavour to comfort her.

“She was offered counselling after the show, which she declined.”

Coleen and Kim starred together in the January 2017 series of Celebrity Big Brother but became bitter enemies after the show, when Kim accused the housemates of bullying.