Last week, a Buffy reboot (under Joss Whedon’s umbrella, though he won’t be the showrunner) was announced and fans KICKED OFF faster than a Slayer delivering a roundhouse kick to the face of some sort of evil fishman.

Still, at least Spike’s looking forward to it:

And he’s right to be excited, because there are loads of reasons a new Buffy series could work.

While some of the fan complaints are definitely valid, it seems like a lot of them might have jumped the Gunn (heh, Angel reference).

It looks like this new Buffy isn’t a reboot at all, but a spin-off – and that makes things MUCH more exciting.

The Buffy universe is MASSIVE 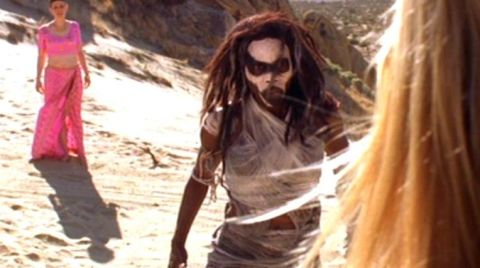 In terms of an official timeline, Buffy began in the Primordium Age (yeah, not a thing, but it is in the show) and ran to the 23rd Century. So, you know, that’s a lot of history to explore.

The original Buffy series jumped around all over the place (usually to provide backstory for Angel or Spike, which meant we spent a lot of time in the 1880s), but there’s still so much to cover.

We want to see a main vampire sired at a ’90s rave, on so many drugs that they’re constantly high (imagine how creepy that would be!), or a flashback to Hitler’s plot to use vampires to win World War II, until they turned on him. Or, you know, vampire dinosaurs?

Or… something actual professional telly writers can come up with.

But, what we’re saying is, there’s LOADS of potential. 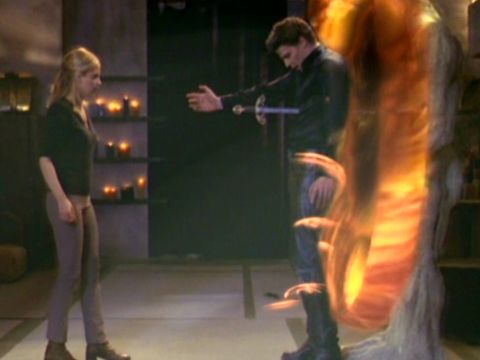 As near-perfect as Buffy was, there’s no getting away from the fact that the special effects (practical and CGI) look a bit rubbish, especially in a post-Game Of Thrones / Nu-Who world.

But when Buffy was first on our tellies, it felt like it was part of a wave of shows that were pushing telly effects forward. It felt genuinely cinematic, and during the big bad final battles, epic in scope.

If the Buffy reboot/sequel can do the same, with genuinely next-level effects, we’ll all be too impressed to remember what we were complaining about in the first-place.

Imagine it, a Buffy series with the budget of a Westworld or a Thrones – that would be more jaw-dropping than that time Angel turned into a nutter after sleeping with Buffy. 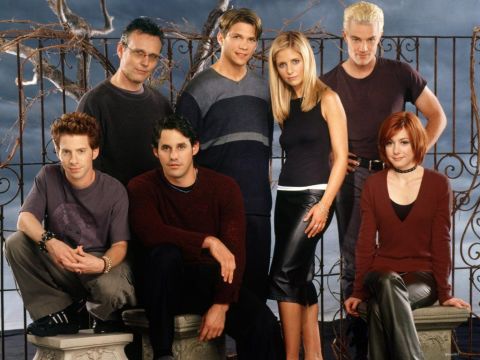 New showrunner Monica Owusu-Breen made all the right noises about the new show, with a tweet that seemed to clear up all of the major fan issues.

That’s a whole new crowd of people to get excited about, with a balance of personalities specifically targeted to its modern audience.

Oh, and we want Idris Elba to play the new Watcher. No alternatives will be accepted.

We have new issues 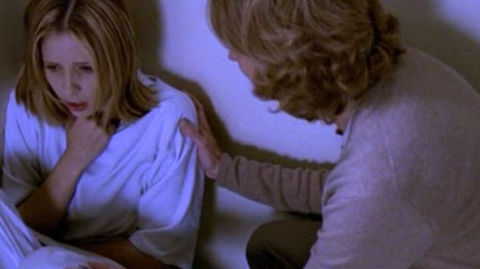 One of the best elements of Buffy was the way it used monsters as metaphors for social ills. We have a LOT of social ills to explore right now.

Whether it’s Black Lives Matter (supernatural maniac cops could make interesting villains), social media (which was still in its infancy when Buffy finished) or the new alt-right (who already resemble monsters) there are so many issues modern teenagers have to face that Buffy couldn’t even fathom.

Whether it’s someone selling their soul to a mirror demon for Instagram likes, or a monster that grows in power with every single RT, there’s so much to fuel a new Buffy series.

(Again, we’ll let the professional writers handle this one.)

Disney are probably going to be involved 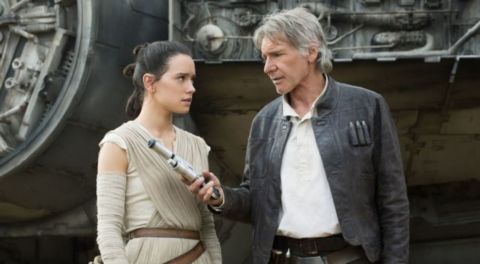 Woah, woah, woah Last Jedi haters, come back and hear us out.

Disney wants Fox’s back catalogue so it can fill out its direct-to-consumers streaming service, which will launch with a whole host of exclusive new shows.

Imagine if Buffy 2020 landed on DisneyFlix as a launch exclusive and you probably just imagined the actual future.

And in terms of the whole reboot issue, like them or hate them, Disney is actually pretty good at this sort of thing.

They achieved the impossible and brought back Star Wars with The Force Awakens, a film that very much felt like the original property, but updated for a diverse new generation. If they can have the same impact on Buffy, all the better.

And if ever there was a franchise crying out for an MCU-style shared universe, it’s this one. Imagine a five-season arc in which a bunch of Slayers from different eras have to come together to defeat some ultimate evil.

Wait, we just (sort-of) described the final season of Buffy. But you get what we mean, right?

So, slay away, Monica. Because, after all, what would Buffy do?