The couple sparked rumours they had already tied the knot when the model was spotted wearing a wedding-style band on her left ring finger. 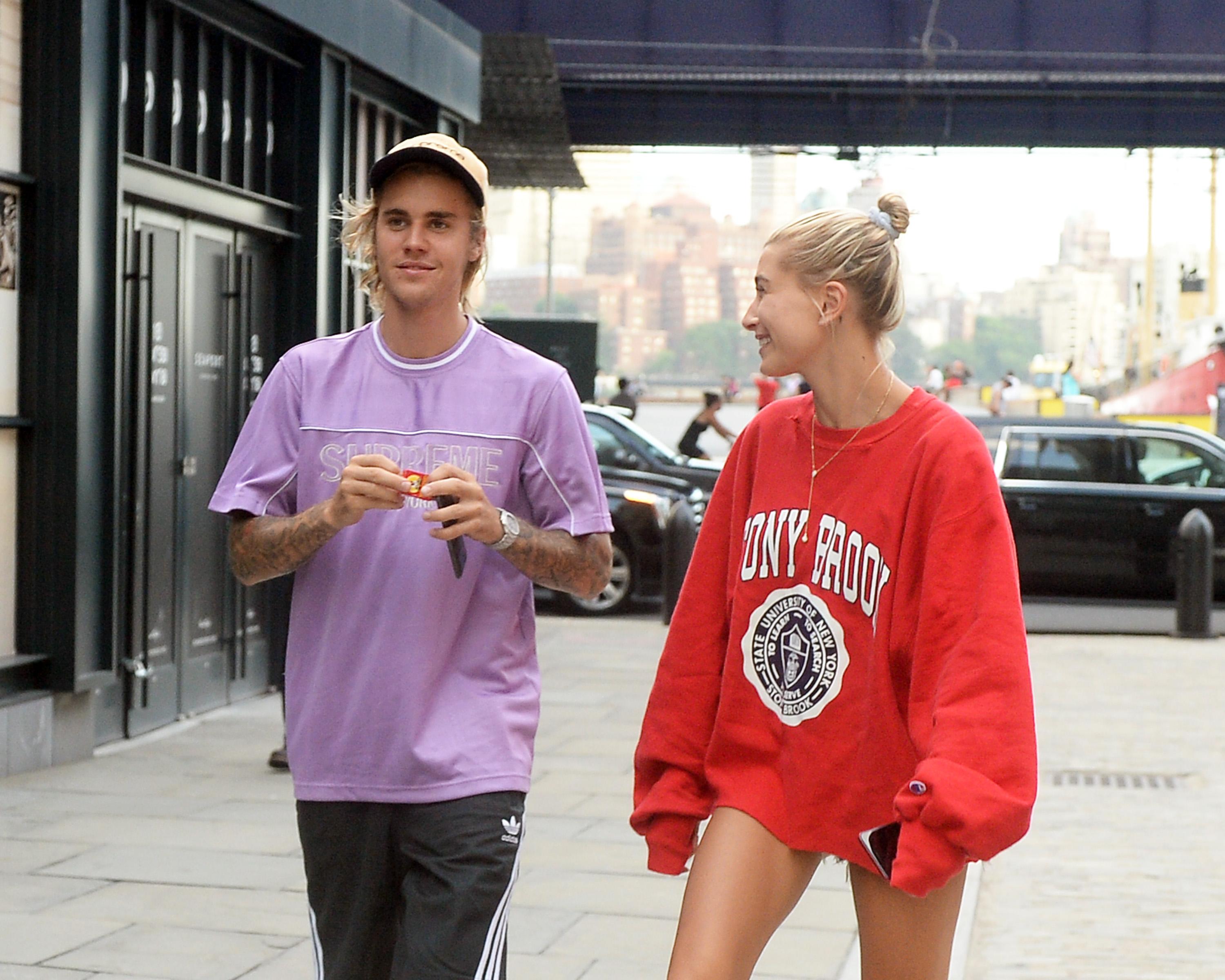 And a source told People: "They don’t want a long engagement and are already planning their wedding."

The source said the popstar "can't wait" to call Hailey his wife, adding: "They are spending a lot of time with Hailey’s family in N.Y.C., and everyone is very excited that they are getting married."

The couple have been inseparable since Justin asked Hailey to marry him last month.

They looked the picture of happiness as they headed out for a movie date in New York last week.

Justin, 24, and 21-year-old Hayley looked like any other regular couple as they walked to a  local cinema. 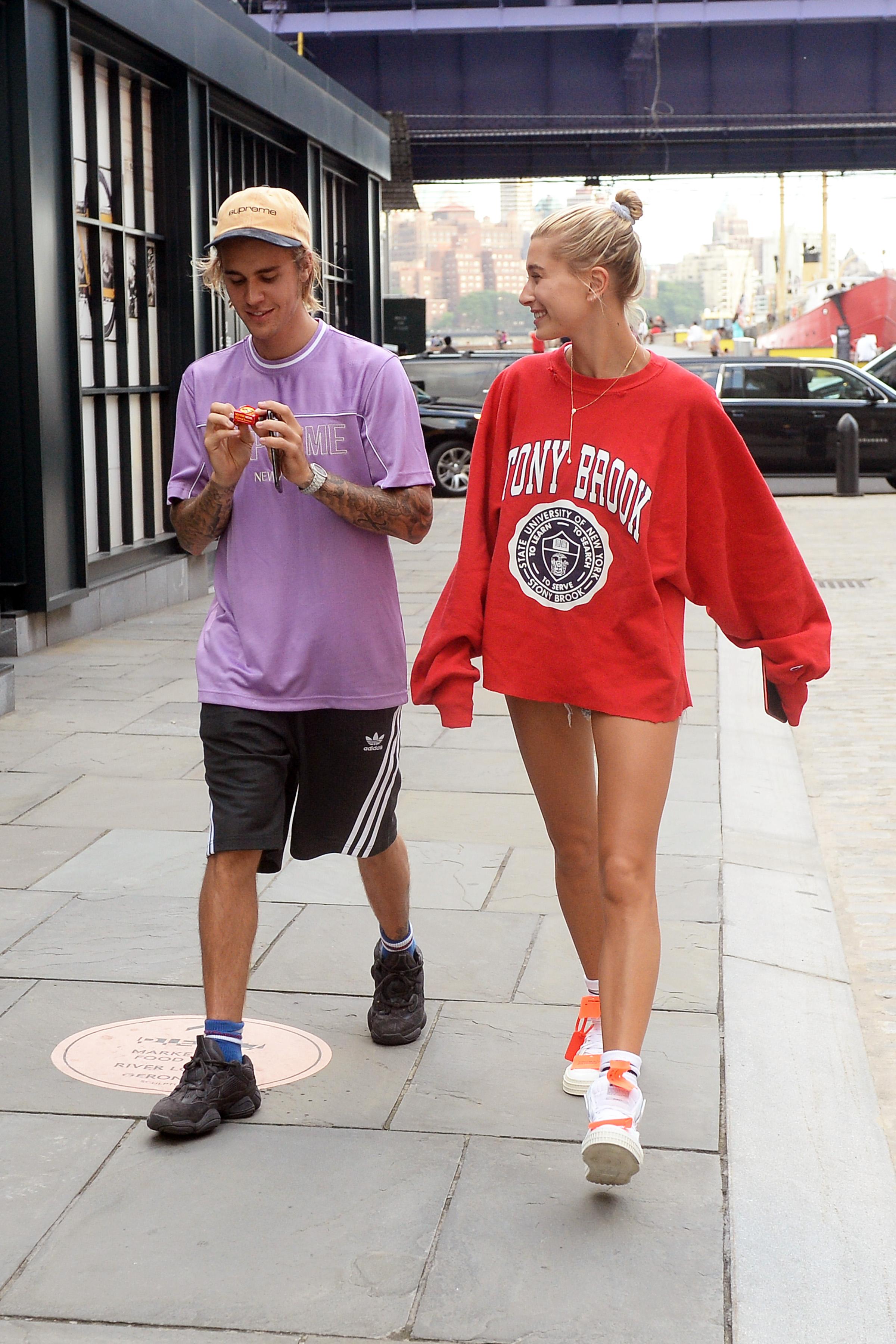 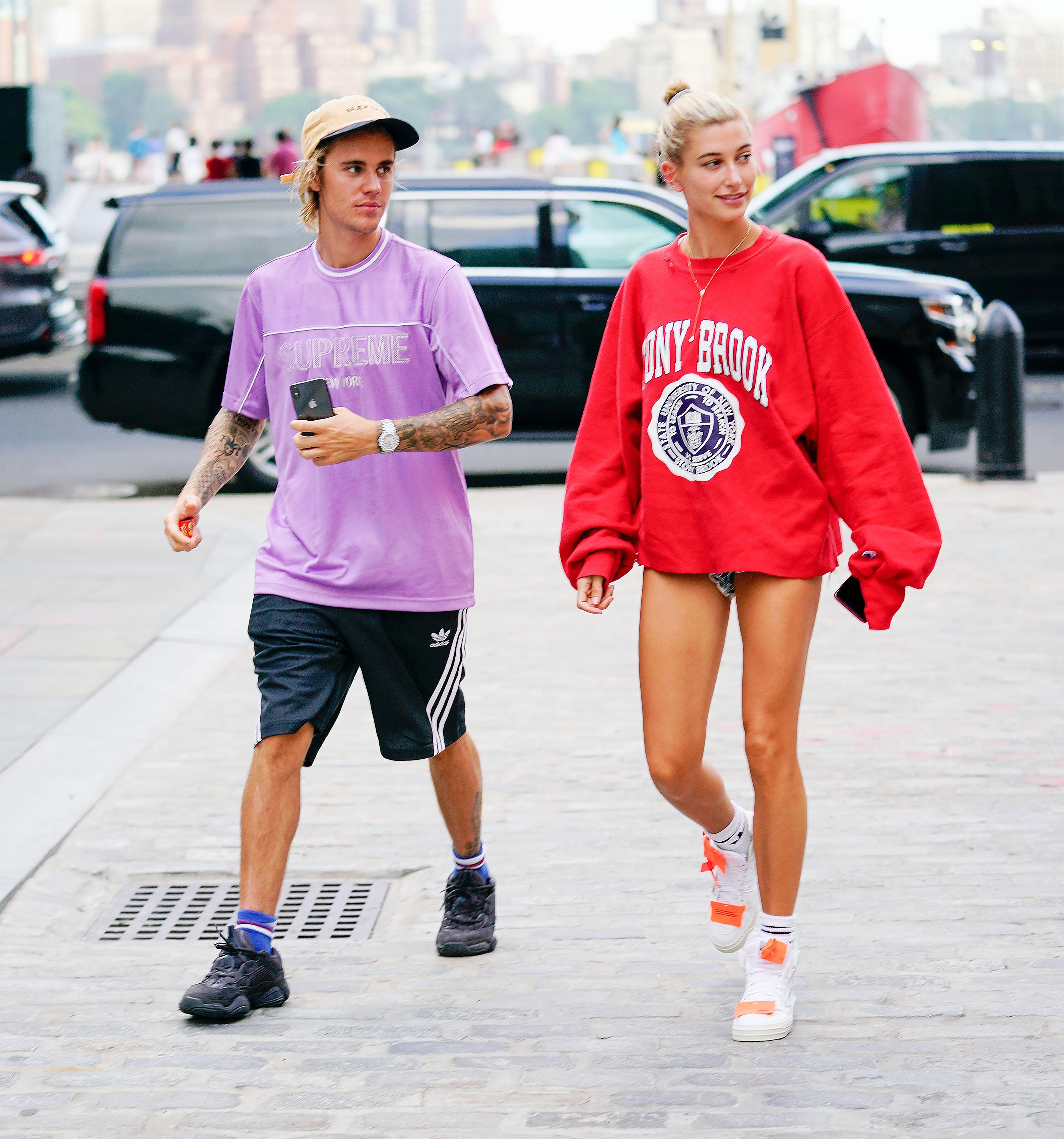 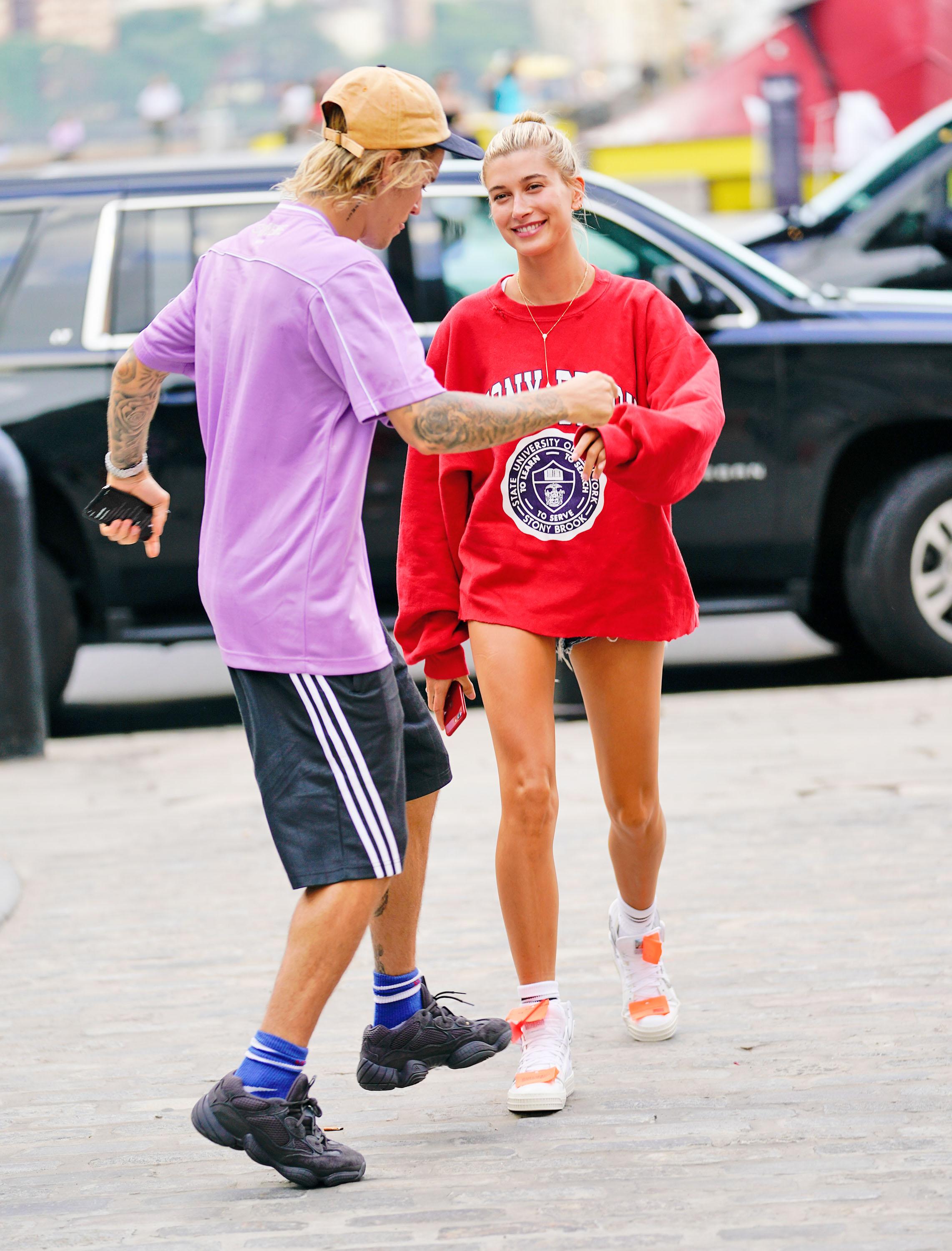 At one point, superstar singer Justin started to hop around, much to Hailey’s amusement.

She beamed at him as he danced through the streets before they arrived to watch Incredibles 2.

Justin and Hailey kept their dress code low key for the date, with Hailey teaming an oversized jumper with a pair of hot-pants.

Canadian star Justin went for his usual style of a baggy T-shirt and shorts with an orange cap pulled low over his eyes.

The couple shocked fans after getting engaged while on holiday in the Bahamas, just one month after rekindling their romance.

But while many people were happy for them, The Sun Online exclusively revealed that those who know the couple best doubted they will get down the aisle.

One of those who’s not convinced by the engagement is Justin’s ex-girlfriend, Selena Gomez. 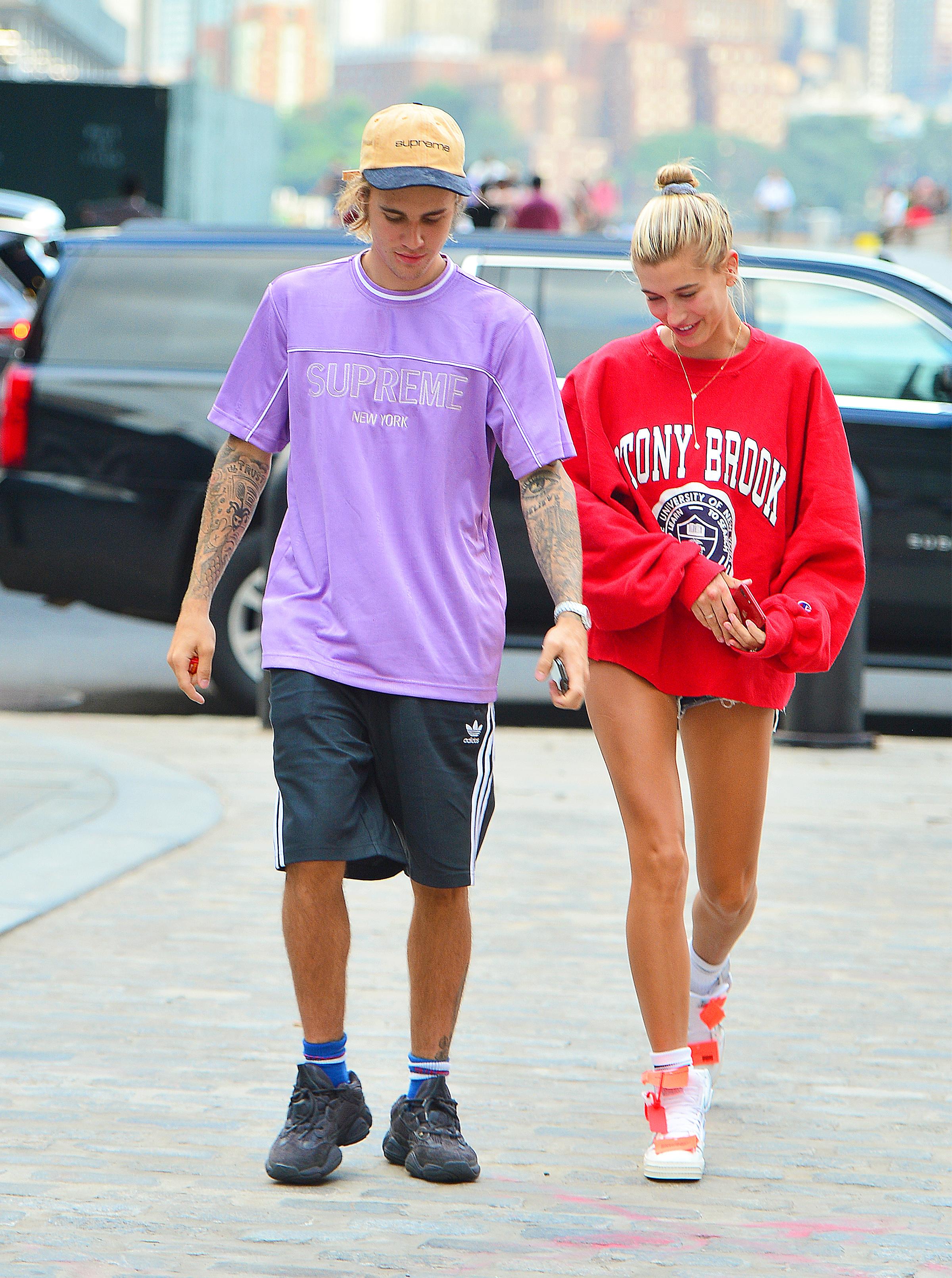 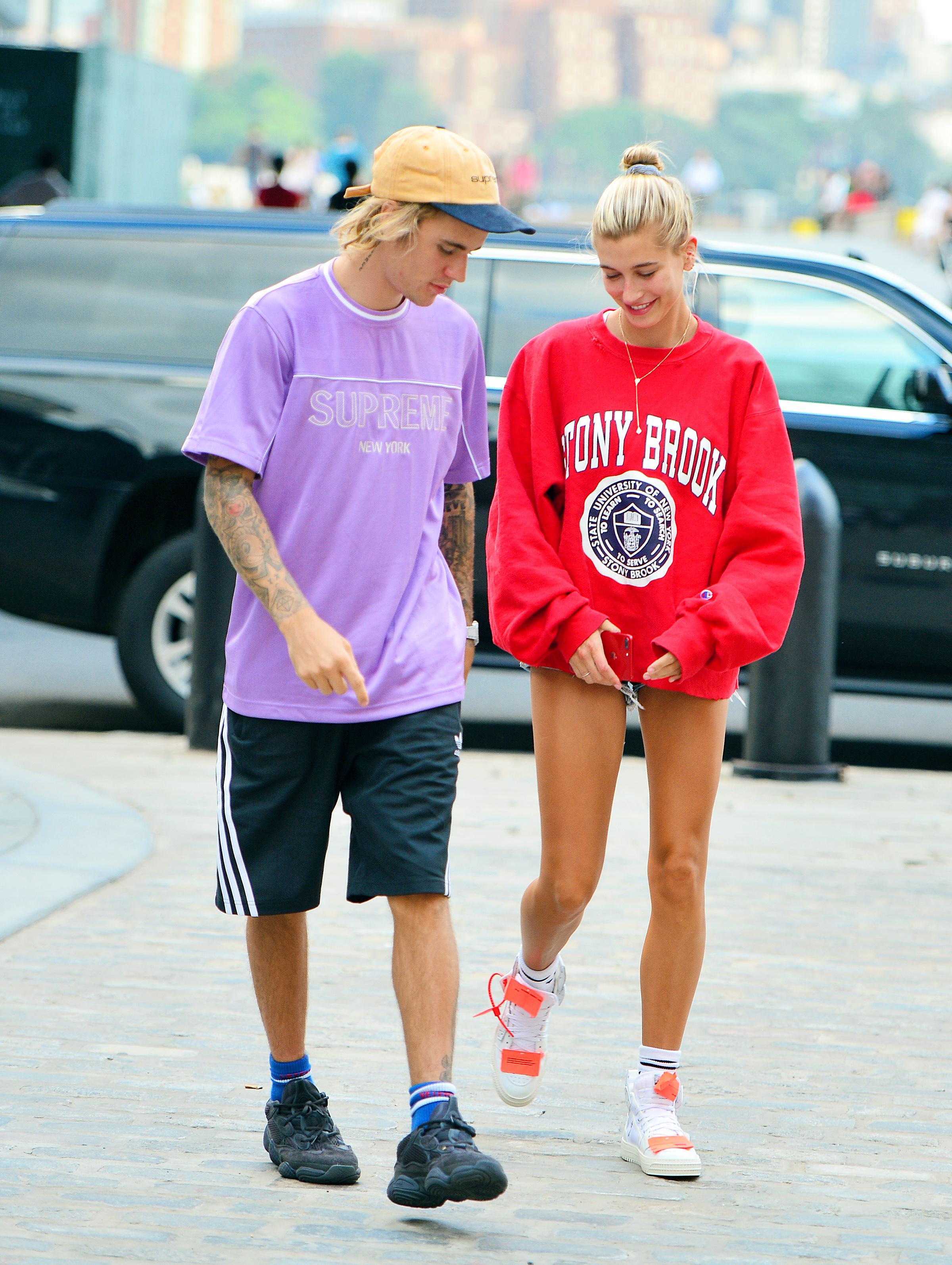 An insider explained: “Selena is sceptical to say the least.

“Over the years, Selena and Justin were on and off – but so were Hailey and Justin.

“It was like Hailey was always waiting in the wings when Selena and Justin split – like an understudy.

“She was his best friend and always there to pick up the pieces after every break-up.

“The thing is, one minute Justin is being a ‘good guy’ and going to church every week, the next he’s off the rails. She has no idea how they’ll make it to a wedding.

“It’ll be hard for Selena to hear Justin call Hailey the ‘love of his life’ – while he didn’t propose to her, they did plan their future together and marriage was spoken about last time they got back together.

“I’d be surprised if she wasn’t upset, no matter how many pics she posts on yachts.”