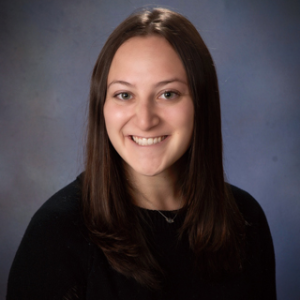 Kate McKinnon can do far more than just a good impression, as she proved on Wednesday’s episode of The Tonight Show.

The Saturday Night Live comedienne flawlessly rapped a verse from the ’90s Hungarian pop song “Yozsefváros” by Animal Cannibals after telling Fallon she tried to pick up the language while filming her upcoming movie The Spy Who Dumped Me in Budapest.

“Hungarian is the second-most difficult language for native speakers of English to pick up, so I studied every day so hard for three months, and at the end I could not order at a restaurant,” McKinnon, 34, jokingly admitted.

Despite struggling with the language conversationally, the comedian explained she did successfully learn how to rap one verse of a song with the help of her friend, Eric.

“His technical job was to drive me to the set, but his real job was to teach me how to rap in Hungarian, which he did,” she said.

McKinnon took center-stage during her impromptu show, even getting the audience to join in with the catchy refrain. The actress was extremely confident during the rap, without hesitating or getting tongue-tied on even one Hungarian word. Fallon couldn’t contain his smile throughout the entire rap and was in complete shock at the end of McKinnon’s performance.

“What is happening? This is unbelievable!,” Fallon exclaimed while bowing down to McKinnon.

The Rough Night stars opposite Mila Kunis in The Spy Who Dumped Me, which is playing in theaters now.