Katie recalls the bad audition to Ryan Seacrest during a guest co-hosting stint on his morning show ‘Live with Kelly and Ryan’.

AceShowbiz –
Scandal star Katie Lowes feared she had flubbed her big break after a disastrous audition to become the host of the original American Idol.

The actress was just starting out when she was encouraged to apply for the reality TV gig back in 2002, but the try-out didn’t go well. 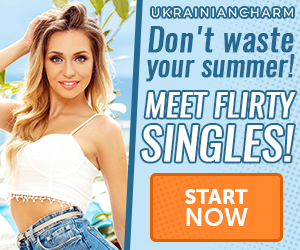 “It was a really bad audition…,” she cringed. “It was one of my first auditions in New York; I had a new kinda manager, and he was like, ‘This is gonna be the biggest opportunity of your life'”.

“I showed up and me and another actor got thrown into a room and we were thrown scenarios, like, ‘This person is gonna move forward, this person is not, this person’s a great singer,’ and you had to improv and I just had no idea what I was doing!”.

Katie recalled the bad audition to Ryan Seacrest, the media personality who ended up landing the Idol job, during a guest co-hosting stint on his morning show Live with Kelly and Ryan on Friday, August 10.

Seacrest served as the host for Idol on America’s Fox network for 15 seasons from 2002 to 2016, and has since reprised the role for a new run on rival network ABC.

Meanwhile, Katie ended up making her onscreen debut as an actress in a 2004 episode of Rescue Me, and followed it up with small roles on shows like The Sopranos, Without a Trace, NCIS, and Grey’s Anatomy, before she was cast as a main character in Shonda Rhimes’ hit political drama Scandal in 2012. The seventh and final season aired earlier this year.