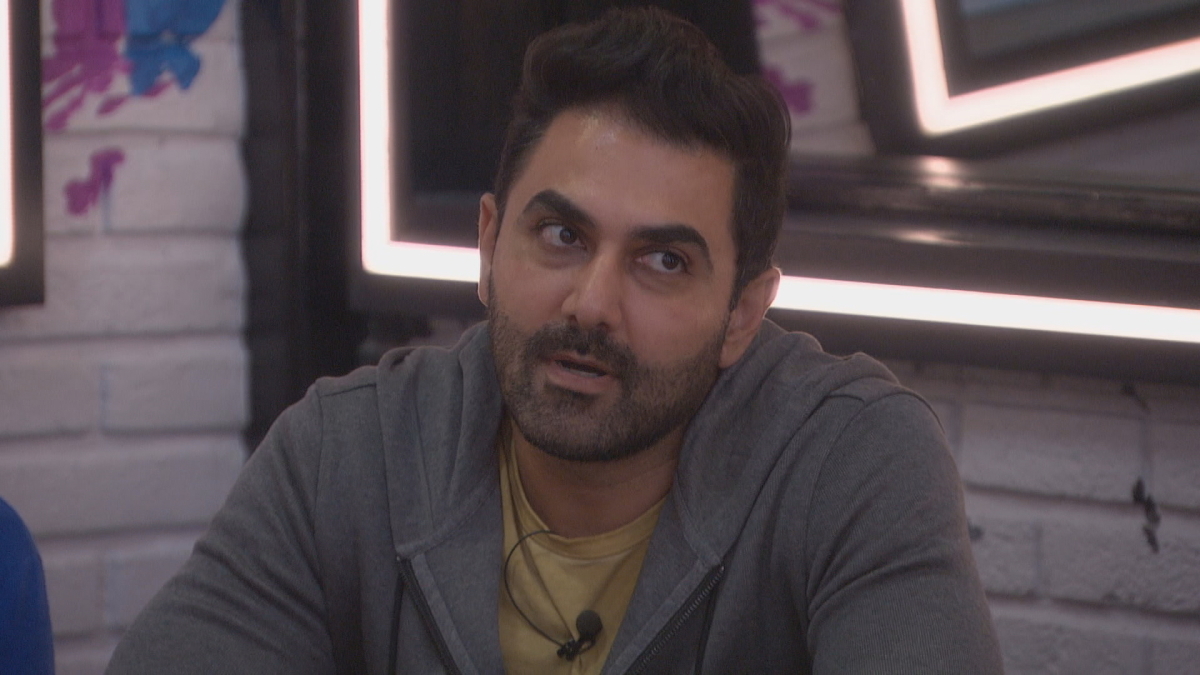 Haseena has been very active on Twitter since Kaysar went back inside the house and it doesn’t look like it is easy for her to watch her husband go through the stress of playing the game again.

Kaysar is a lot older than when he played on the BB6 and BB7 casts, but he is still extremely personable in the house and fun to watch on the live feeds and during the CBS episodes.

This summer, members of the Big Brother All-Stars cast are getting to intermittently post their thoughts on Twitter. Tyler Crispen wrote a post that got a lot of attention and now Kaysar has made one this week.

It looks like the producers of the show wanted to give the BB22 cast a way to reach out to family, friends, and fans – possibly drumming up some extra publicity for the show at the same time.

On Monday night, Kaysar wrote a simple Twitter post that read, “Missing my wife and baby boy like crazy already. This is going to be a tough summer #BB22.”

Shortly after the post went public, Haseena posted a response to it. She would return a short time later to respond a second time to the post, showing that she is really missing her husband this summer. 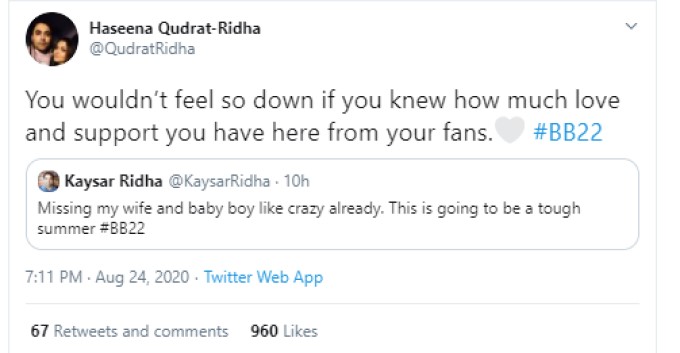 The posts from Haseena Qudrat-Ridha have been fun to read during a Big Brother season that has been packed with drama. Unfortunately, a lot of that drama has involved Kaysar’s best friend in the house, Janelle Pierzina.

The duo might not be able to play the game together for much longer, but as long as Kaysar can stay in the house, his wife will likely continue posting about it on social media. And the fans are loving it.

There is a lot of fan support for Kaysar on Big Brother 22. In a recent popularity poll, he came in as the second-most beloved player on this cast. Fans are also continuously responding to the warm posts his wife puts up.

Here are just a few of the notes Kaysar’s fans have left on Haseena’s posts:

Having to watch all of the negative aspects of the Big Brother game hasn’t been easy on Haseena either. It has become especially difficult during a week where Kaysar was nominated and put on the block.

But she seems to be taking it all in stride and Haseena even posted about his birthday when it took place earlier this summer inside the Big Brother house. 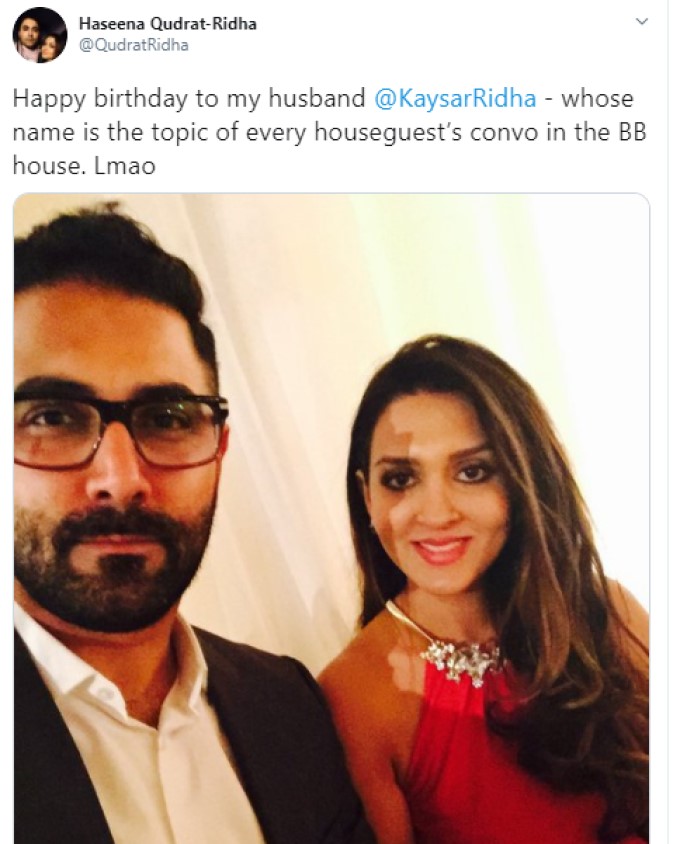 Can Kaysar Ridha survive long enough to have a large impact on the game this summer? He might need to find a way to win the Head of Household Competition or the Power of Veto next week, because his days could be numbered based on what has been going on lately.

If Kaysar survives a few more evictions he will also become a member of the BB22 jury and get to vote on who is named the BB All-Stars 2 winner this summer.