While WAG Coleen Rooney enjoyed a whopping nine trips with her kids last year, Kelly is giving her a run for her money with her latest escapade to Majorca. 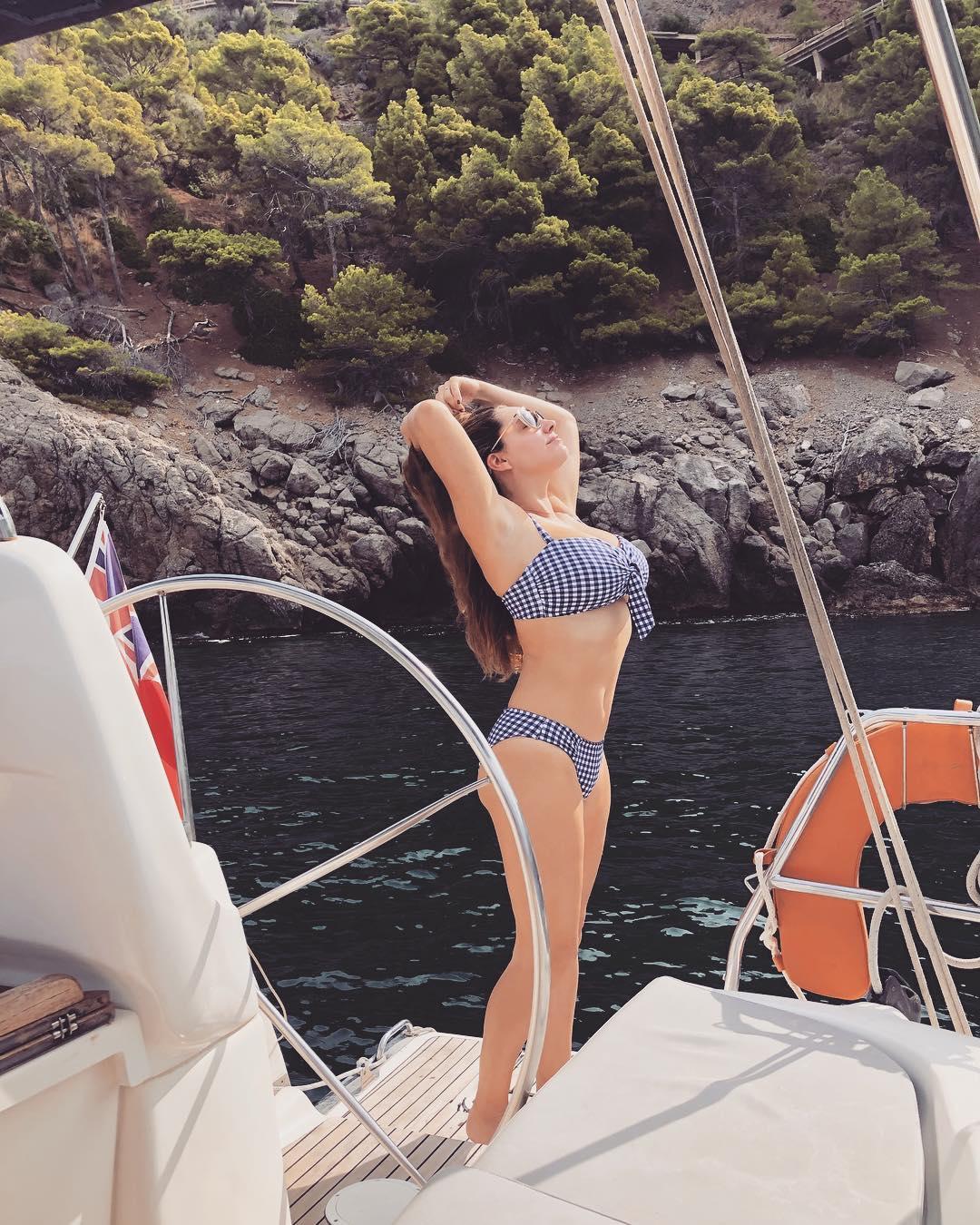 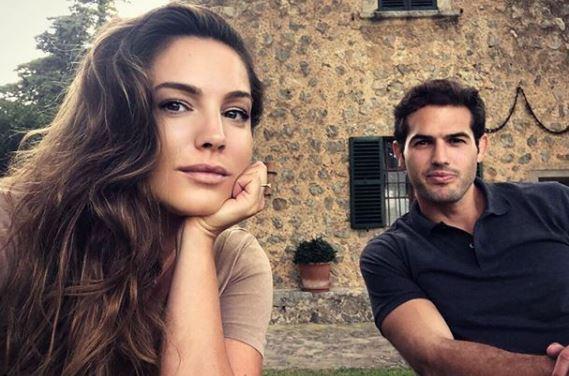 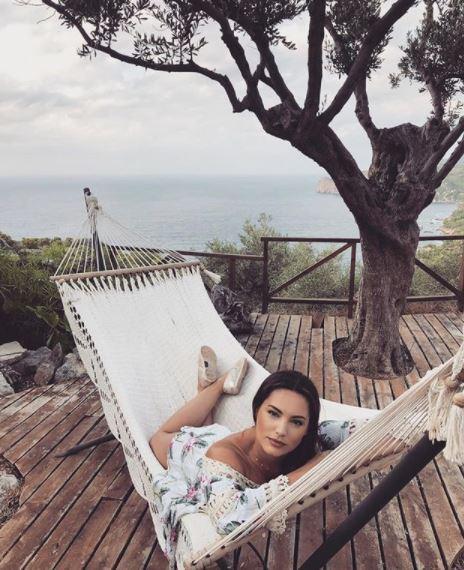 The jet-set actress, 38, has been busy sharing snaps of herself and boyfriend Jeremy Parisi on the Spanish Island.

The couple have been enjoying romantic meals for two along with exploring some local farmhouses – or "fincas."

And in case she hasn't had much time to chill already this year, Kelly lazed in a hammock and took in some spectacular views across the Island from thevilla balcony.

Their latest excursion comes just a week after the pair enjoyed a city break in Barcelona, posing in front of the city's famous Sagrada Família. 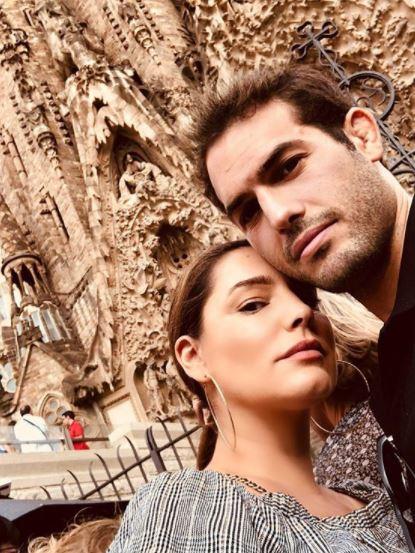 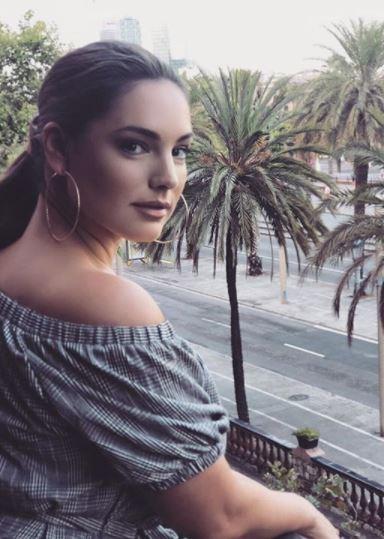 Let’s catch the Train to dinner he said! It’s an Adventure he said.. It will be Romantic he said… Delayed Train.. Still Waiting. Who knows what platform the Train is actually arriving on… we speak 4 Languages between us and not one is Spanish ? #UnderTittSweat

Let’s catch the Train to dinner he said! It’s an Adventure he said.. It will be Romantic he said… Delayed Train.. Still Waiting. Who knows what platform the Train is actually arriving on… we speak 4 Languages between us and not one is Spanish ? #UnderTittSweat

It appears the break was a surprise romantic trip, with Kelly and Jeremy ending up stranded at a station en route to the picturesque city.

She captioned one snap: "Let’s catch the Train to dinner he said! It’s an Adventure he said.. It will be Romantic he said… Delayed Train.. Still Waiting.

"Who knows what platform the Train is actually arriving on… we speak 4 Languages between us and not one is Spanish." 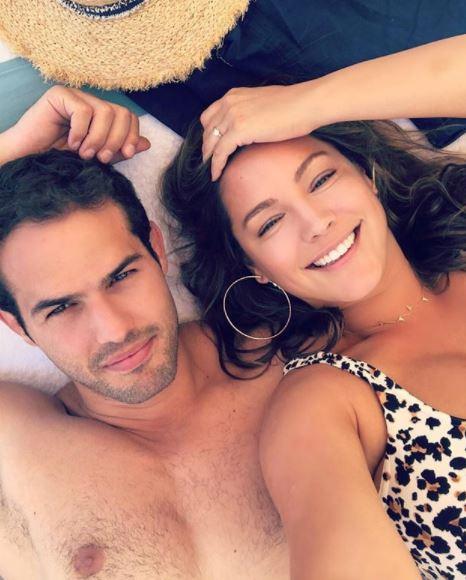 At the beginning of August, Kelly and Jeremy hotfooted it to Cannes where they picked olives from a nearby olive grove and enjoyed several sunbathing sessions on the beach.

The couple tucked into cosy barbecues together while Kelly rocked some sizzling swimming costumes. 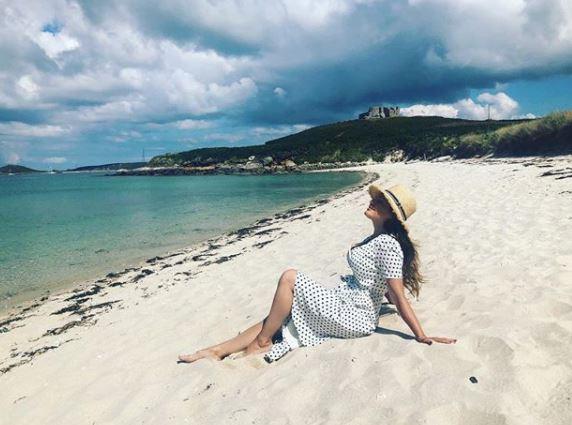 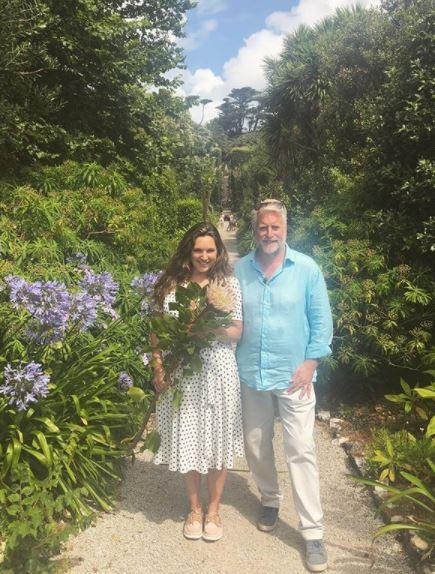 The couple were also to be found closer to home, heading to the Isles Of Scilly for a beach break in Tresco at the end of July.

Kelly especially enjoyed this trip, urging her followers to  take a trip to the island. 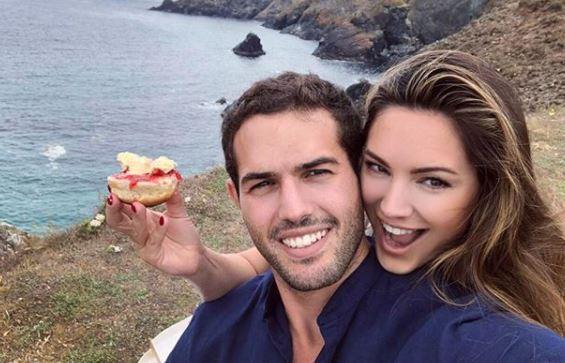 Kelly and Jeremy tucked into a cream tea on Cornwall's Lizard, posing with a scone against the stunning landscape.

The couple enjoyed a spot of hiking and picnicking in true British style. 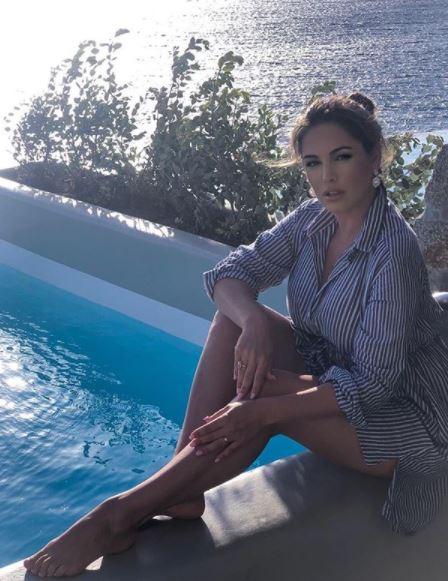 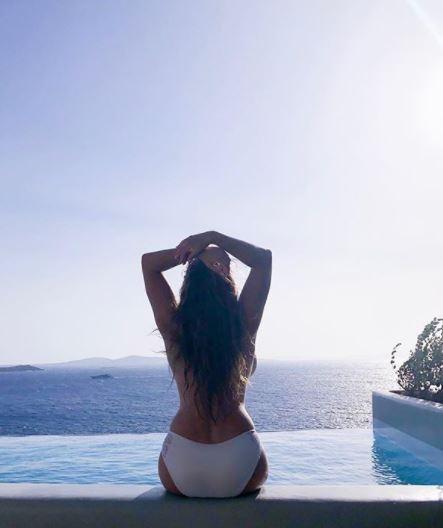 Kelly grabbed some spring sunshine in celebrity hot spot Mykonos at the end of May.

She posted some stunning snaps looking out to sea and told fans she was "loving" the Greek island this time of year." 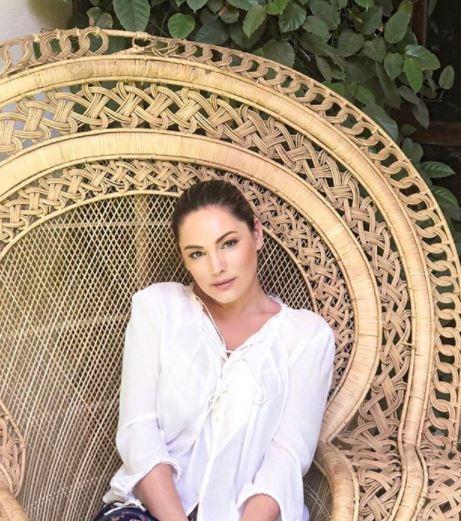 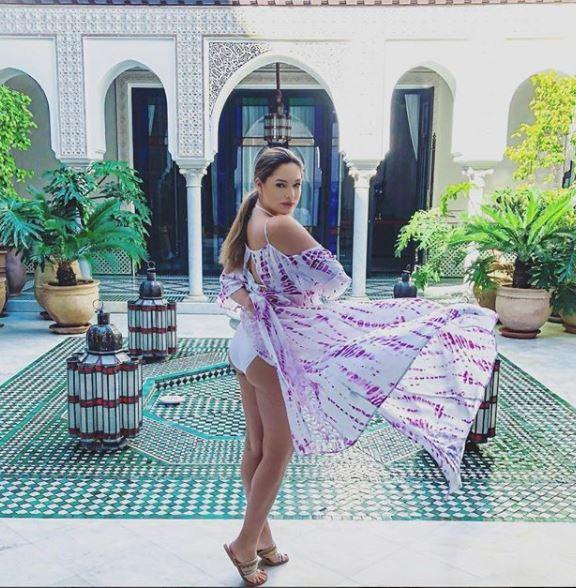 April saw the star take a short trip to Morocco where she shared snaps of the country's incredible architecture. 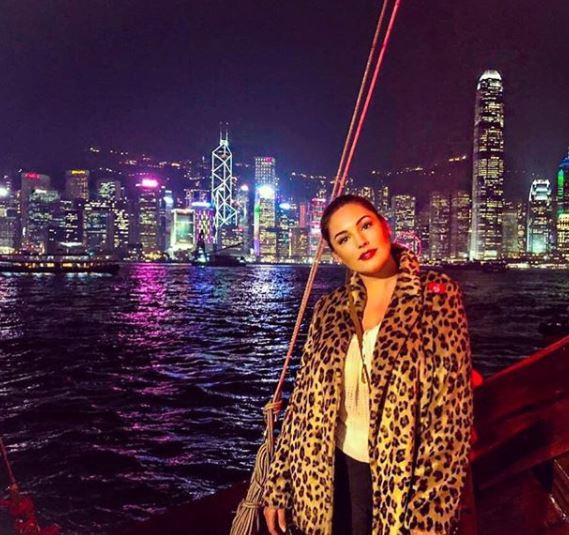 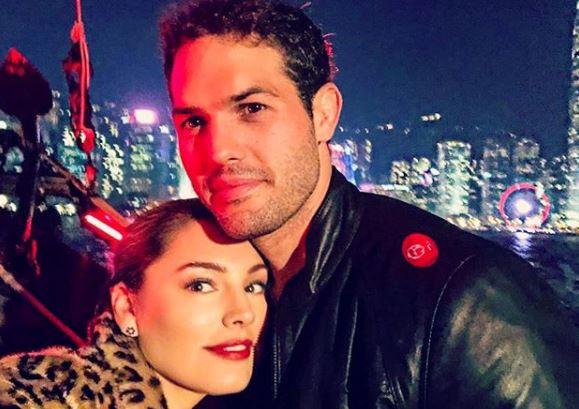 Just a few weeks before in mid March, Jeremy and Kelly were on a night cruise bang in the centre of Hong Kong.

The star clearly enjoyed her spectacular city view from her hotel and told fans she "loved taking pics of Hong Kong." 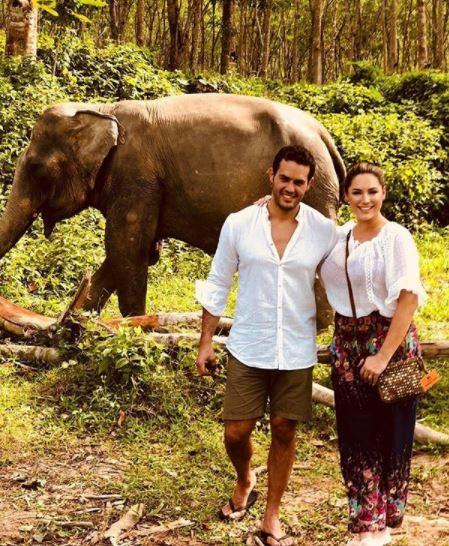 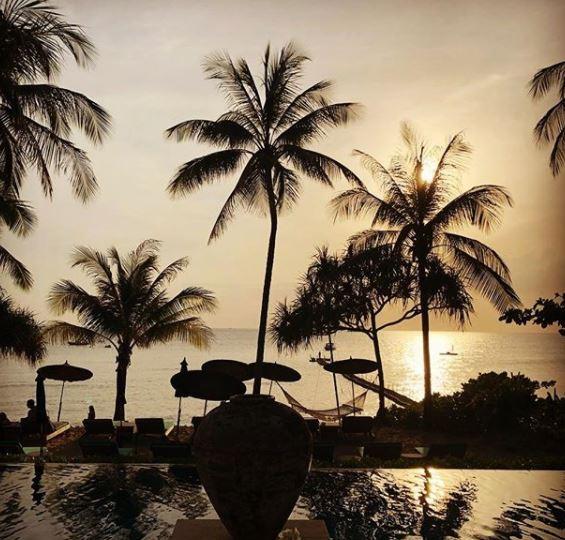 Kelly and Jeremy took a chance to relax in Thailand in mid-March with Kelly posting a stunning snap of herself relaxing in a pool of lilies.

The travellers also visited an animal sanctuary with Kelly pictured beaming in front of an elephant. 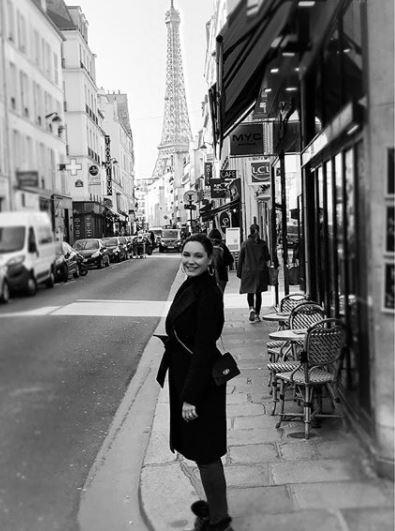 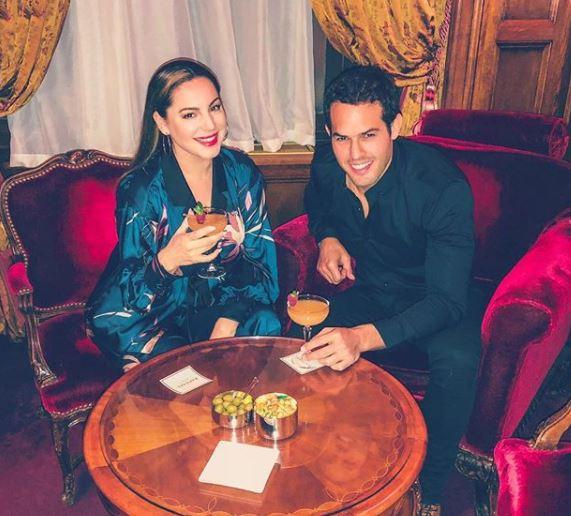 The  loved-up couple enjoyed a spot of sightseeing and looked the height of sophistication enjoying cocktails at a boutique hotel. 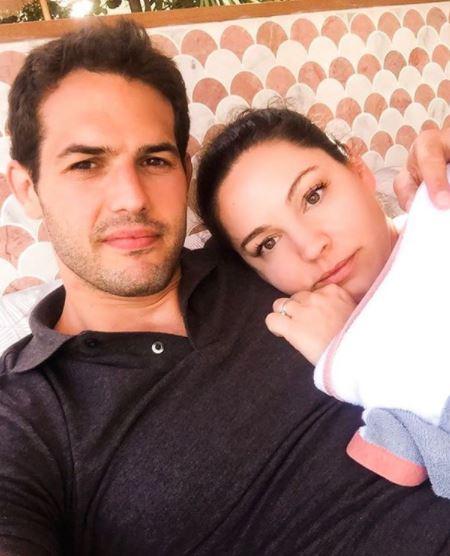 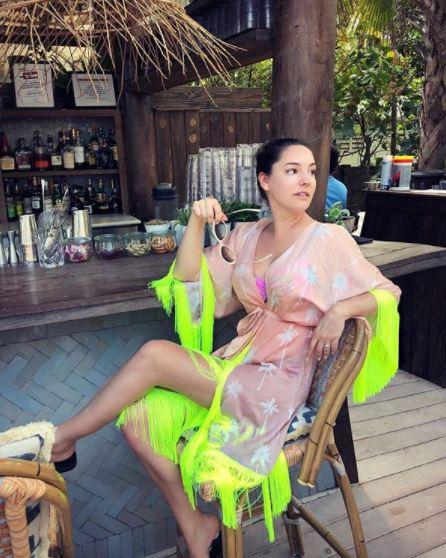 Kelly and Jeremy could clearly think of no better way to spend Valentine's Day than a Miami jaunt.

The couple soaked up the sun at the outdoor bar while Kelly hit the beach for a spot of sunbathing. 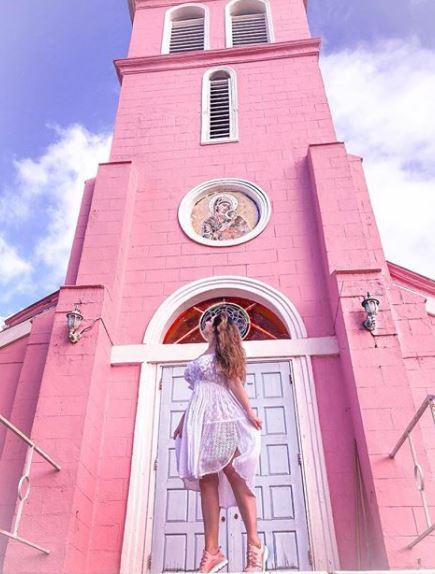 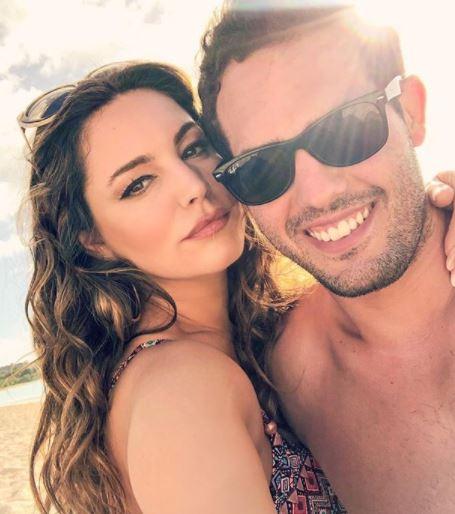 Clearly with a good eye for an Instagram snap, Kelly posed in front of a bright pink church during her holiday to Antigua in early February.

Kelly even sampled rum for breakfast and claimed the Caribbean hot spot has "the most beautiful beaches." 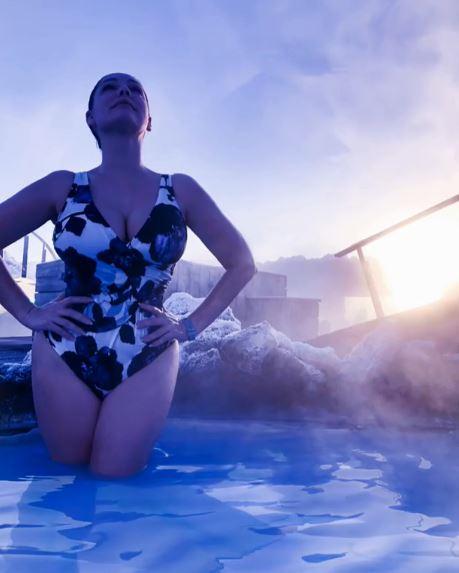 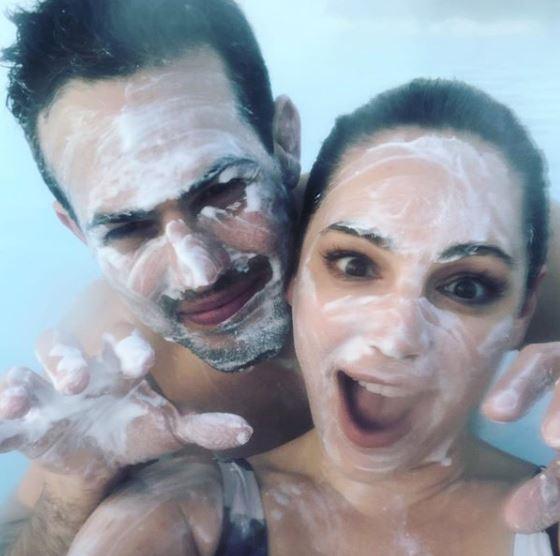 Kelly wrapped up warm for a trip to Iceland, telling fans she was ticking the country off her "bucket list."

The pair hit the country's geothermal spas and even tried on some silica mud masks from the Blue Lagoon.