Loan Tran is reclaiming her true identity and her narrative.

And with a personal essay in The New York Times, her break from silence is an act of resistance against toxic fans who see nothing beyond the stories they want to hear, and think nothing of the very real experiences of the storytellers.

Known as Kelly Marie Tran in Hollywood, she was chased off of social media after a relentless bullying campaign against her over her role as Rose Tico, the first leading role for a woman of color in a Star Wars film. Episode 8 of the series, The Last Jedi, divided its fan base, which is par for the course for anything Star Wars. But some online commenters' complaints about the film and her character led them to attack her personally. In sharp contrast to her earnest Instagram posts basking in the joy of being a Star Wars hero, a barrage of racist and abusive comments criticized her looks and her ethnicity. 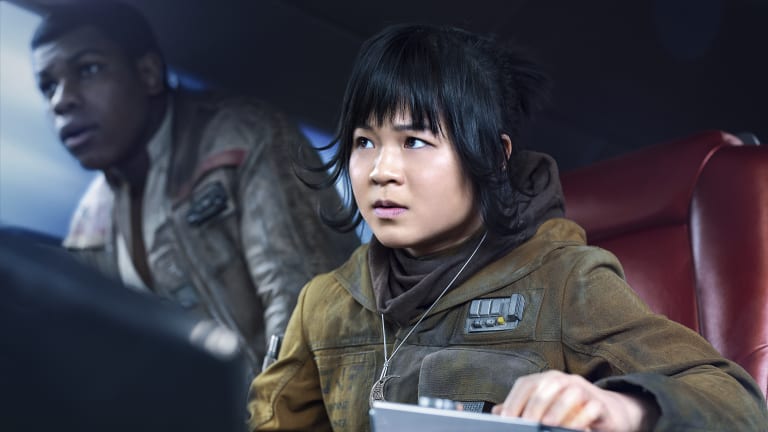 Loan Tran in The Last Jedi.

Tran outlines exactly why it was particularly harmful to her: 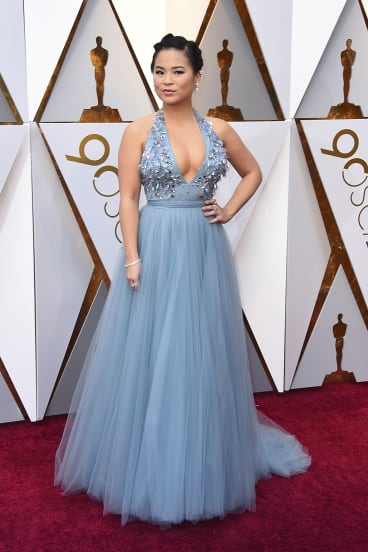 "Their words reinforced a narrative I had heard my whole life: that I was 'other,' that I didn't belong, that I wasn't good enough, simply because I wasn't like them," Tran wrote. "And that feeling, I realize now, was, and is, shame, a shame for the things that made me different, a shame for the culture from which I came from. And to me, the most disappointing thing was that I felt it at all."

The Star Wars role was her breakout, but Tran outlines the different "roles" she's expected to play all her life, that society "taught me I existed only in the background of their stories, doing their nails, diagnosing their illnesses, supporting their love interests – and perhaps the most damaging – waiting for them to rescue me."

She then talks about how her parents felt it necessary to abandon their given names to adopt Western names, Tony and Kay, "a literal erasure of culture that still has me aching to the core."

Tran and her family are just a few of many Asian-Americans who change their names to ease their passage through an American life. Chloe Bennet, star of ABC's Marvel's Agents of S.H.I.E.L.D., recently defended her decision to change her last name from her Chinese one because "Hollywood is racist and wouldn't cast me with a last name that made them uncomfortable." And a 2016 study showed Asian job applicants with Western names were more likely to receive a call back from potential employers than ones with Asian names.

Tran writes about her ambition to "live in a world where children of color don't spend their entire adolescence wishing to be white." She declares that her real name is Loan, and that she's just getting started.

Despite her not mentioning The Last Jedi or her character once, some replies to the Times Arts section's tweet of her essay still couldn't help but make the same ad nauseam gripe that led to this whole issue: They didn't like her character. 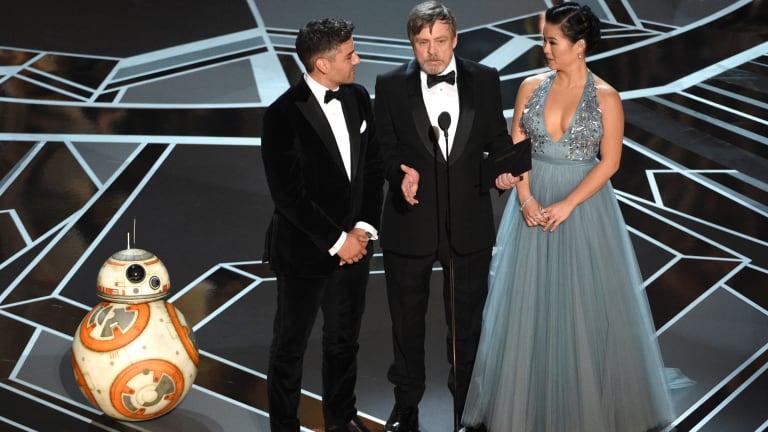 It's important to note that other than accepting a leading role in a Star Wars film (and who would pass on that?), she was pushed into a situation that was not of her making or choosing. She did not write the Rose Tico character. She did not write The Last Jedi or any of the plot points torn apart by YouTube's countless armchair critics, including the infamously panned Canto Bight sequence, where Rose and fellow Star Wars lead hero Finn take a long detour to a casino.

It's not unlike the circumstance of her existence. Asian. Woman. San Diego-born American. Daughter of Vietnamese refugees. None of these facets that shape her life were her decision, yet she faced judgment and shouldered unrealistic or unwarranted expectations on her identity. Similarly, her Star Wars character began life as a character unsure of her place in the universe, and within the resistance against evil forces.

With Tuesday's act of defiance in breaking silence and declaring her real name, she has decided to own and shape the narrative about her. She understands her prestige as a storyteller as the first woman of color in a leading "Star Wars" role, and she aims to change the rules that were written before she was born.

Rose Tico returns in Star Wars: Episode IX on December 20, 2019. You can already hear the cheers when she returns to the big screen. But with her essay, the next episode of the Loan Tran story has already begun.