KIM Kardashian sizzled in a figure-hugging green minidress as she shared some stunning snaps with fans on Instagram.

The 38-year-old displayed her toned legs as she strutted across a garage forecourt in heels. 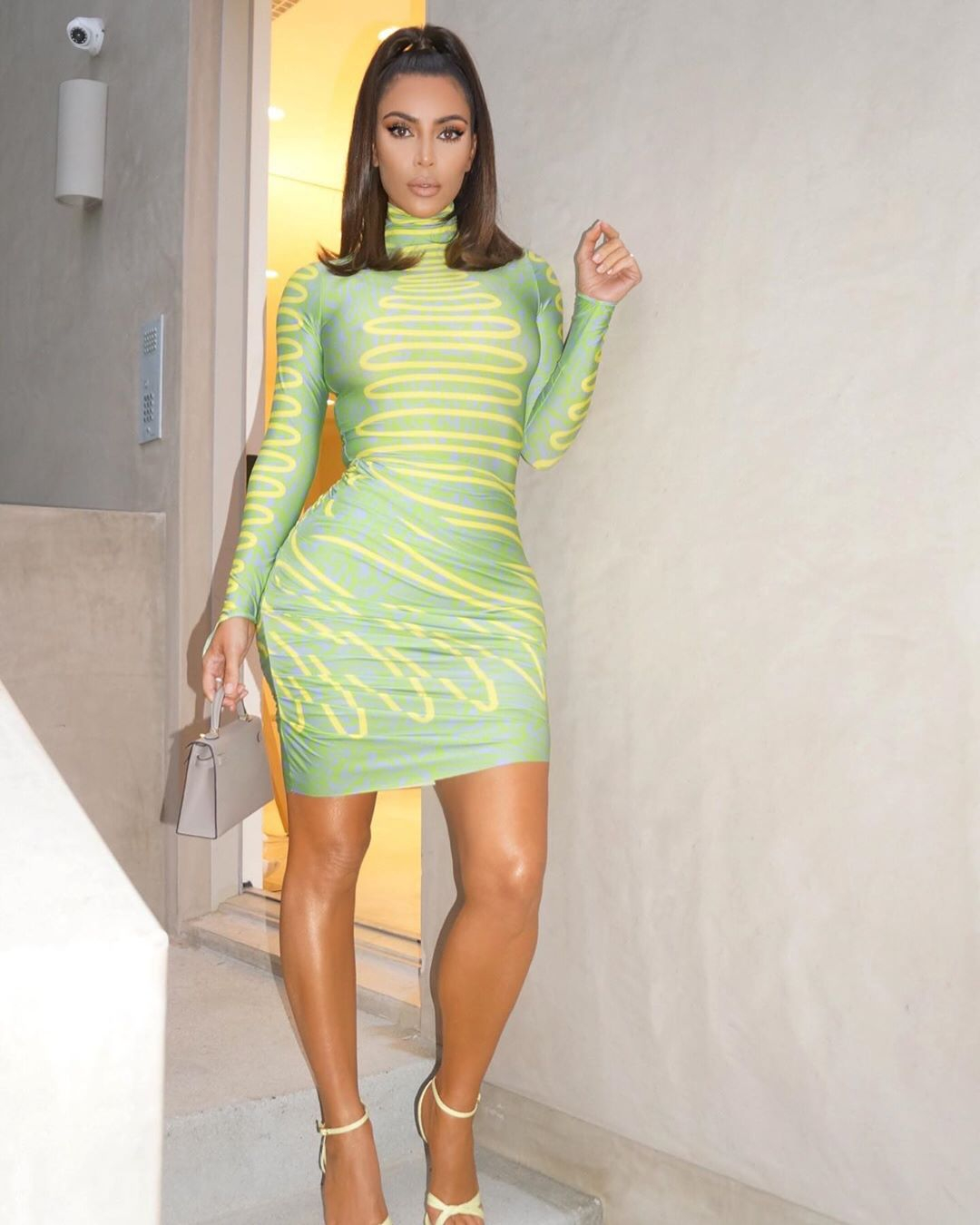 She wore a face glam make-up and her brunette hair pulled back and in an updo.

The reality star opened up about her insecurities during an interview with Wall Street Journal, where she discussed her controversial shapewear line, formally known as 'Kimono'.

She admitted: "I’ll never be a person who says it’s a more positive thing if I show my cellulite. The feeling when I had to wear that corset, [the shapewear] is not that. It’s the second skin that makes me feel comfortable and cosy and all smoothed." 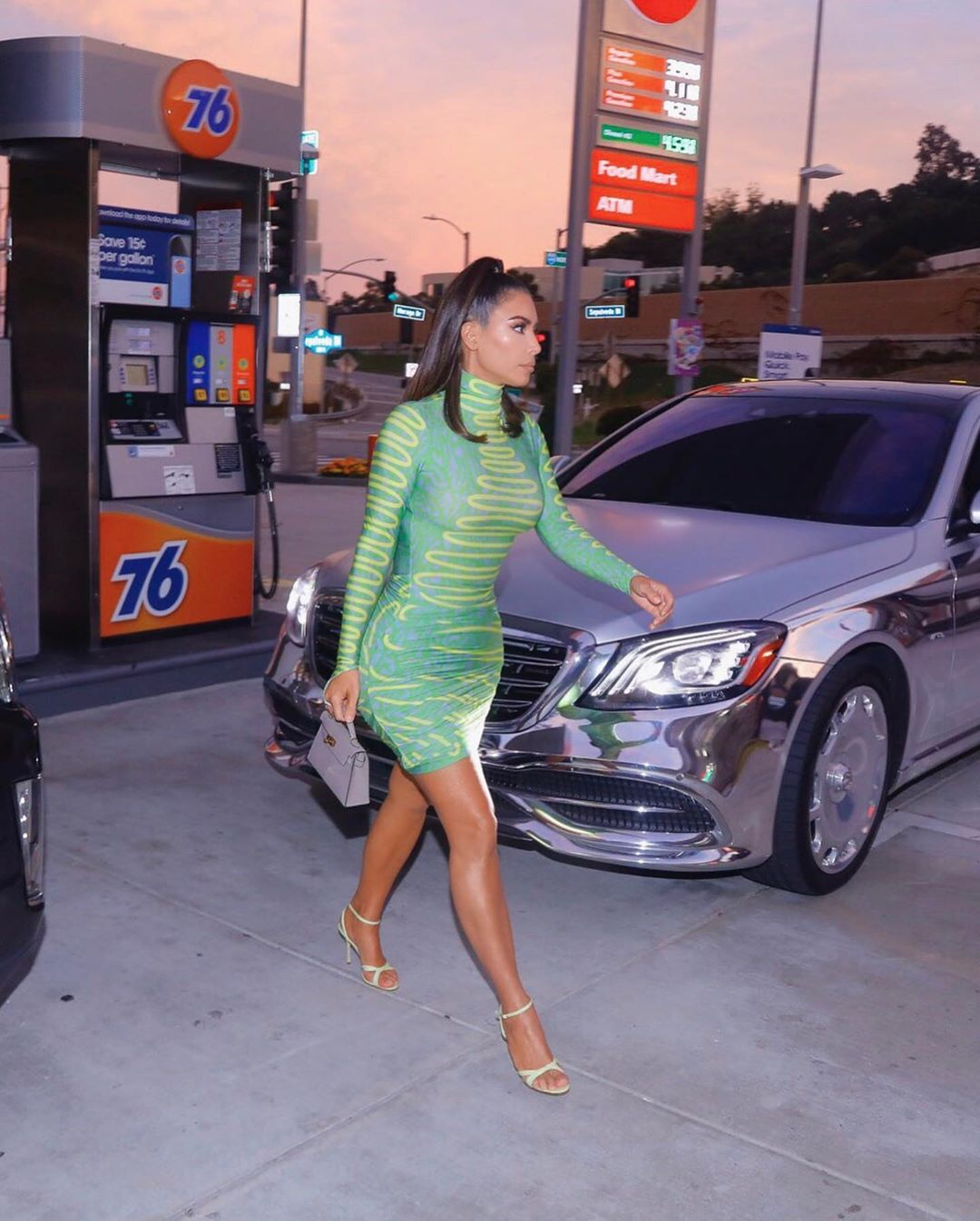 Kim also revealed how her pregnancies with North, five, and Saint, three, left her feeling insecure, after she was mocked for her weight due to unflattering photos and likened to a famed killer whale.

"[I got] photographed from every angle. All I have to do is type Kim and Shamu," she explained.

She continued: "That really changed my security. It broke my soul for a while."

Kim has been criticised for hiding her cellulite in the past, after pictures emerged of her un-airbrushed bikini body on holiday in Mexico in 2017. 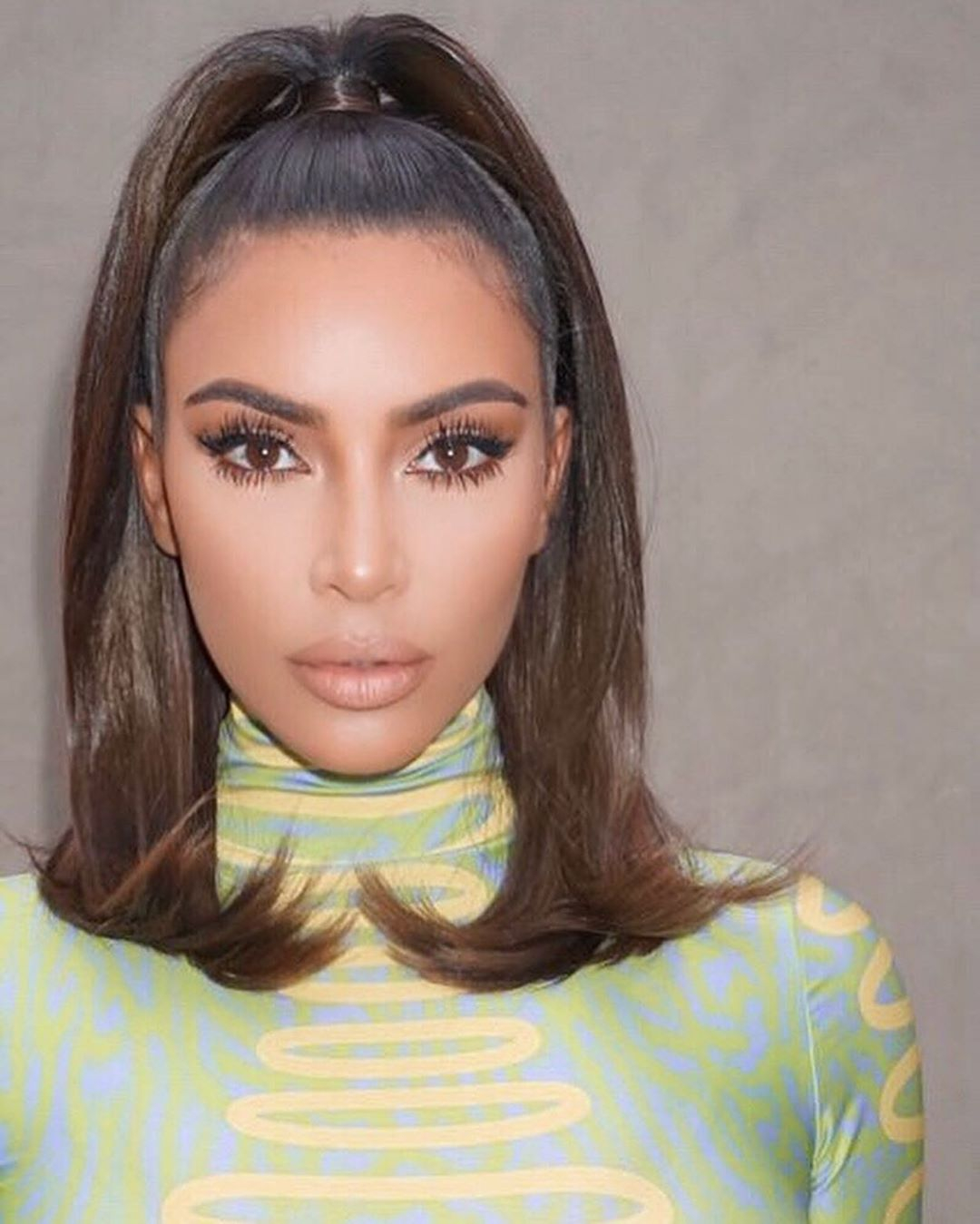 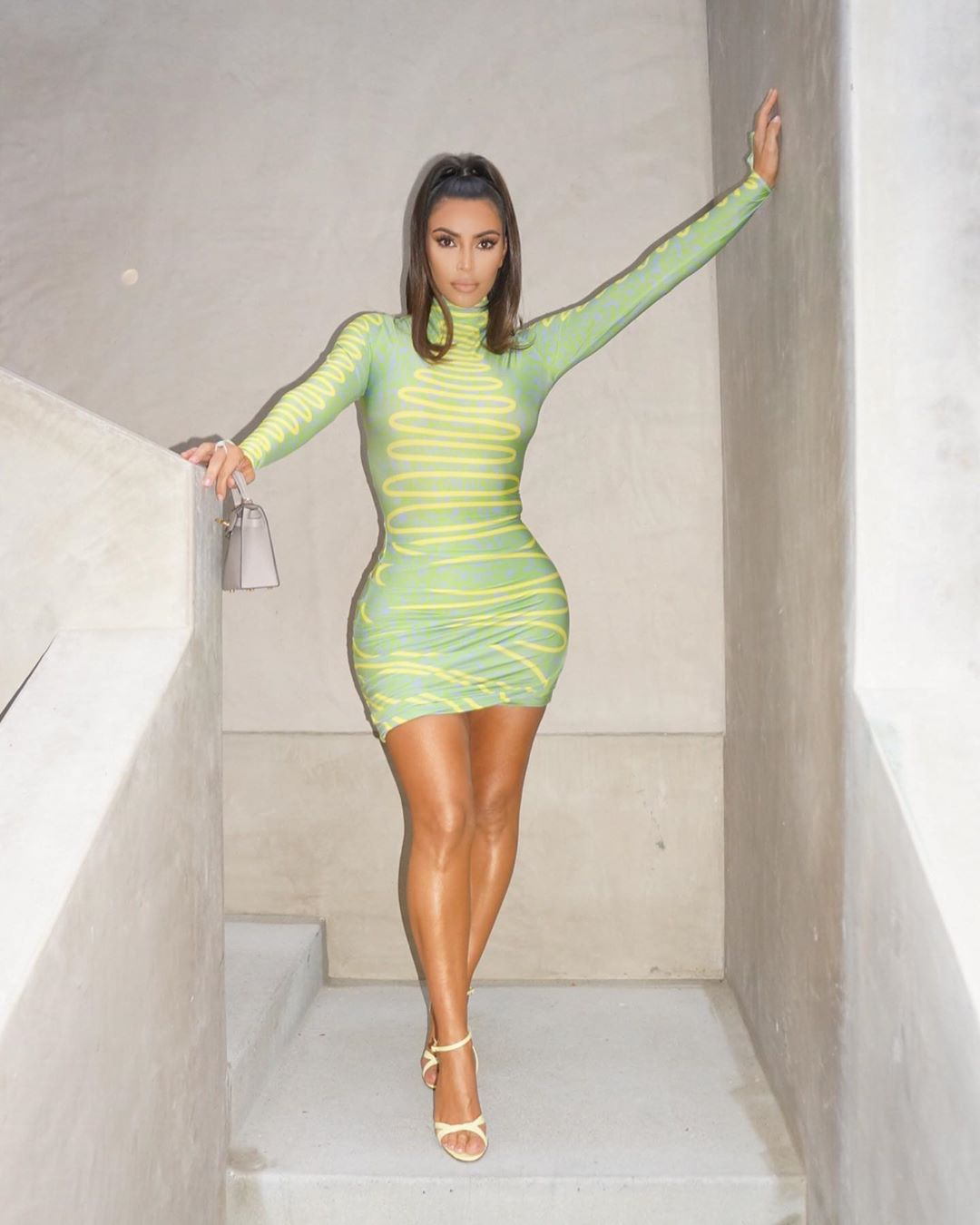 The pictures gave fans a rare glimpse of the star looking natural without her glam squad of hair stylists and make-up artists.

But some of Kim's fans turned on her and said that they felt 'misled' by her previous picture perfect social media snaps.

The mum-of-four lost more than 100,000 Instagram followers as a result and sparked a media storm.

However, Kim later claimed that the holiday photos had been Photoshopped to make her look 'way worse' than she is.

During an appearance on US TV show The View, she said: "I saw these awful photos of myself when I was on a trip in Mexico and people were Photoshopping them and sharpening them.

"I was already not feeling like myself and when people were like sharpening them and making them look way worse and then those that were going around." 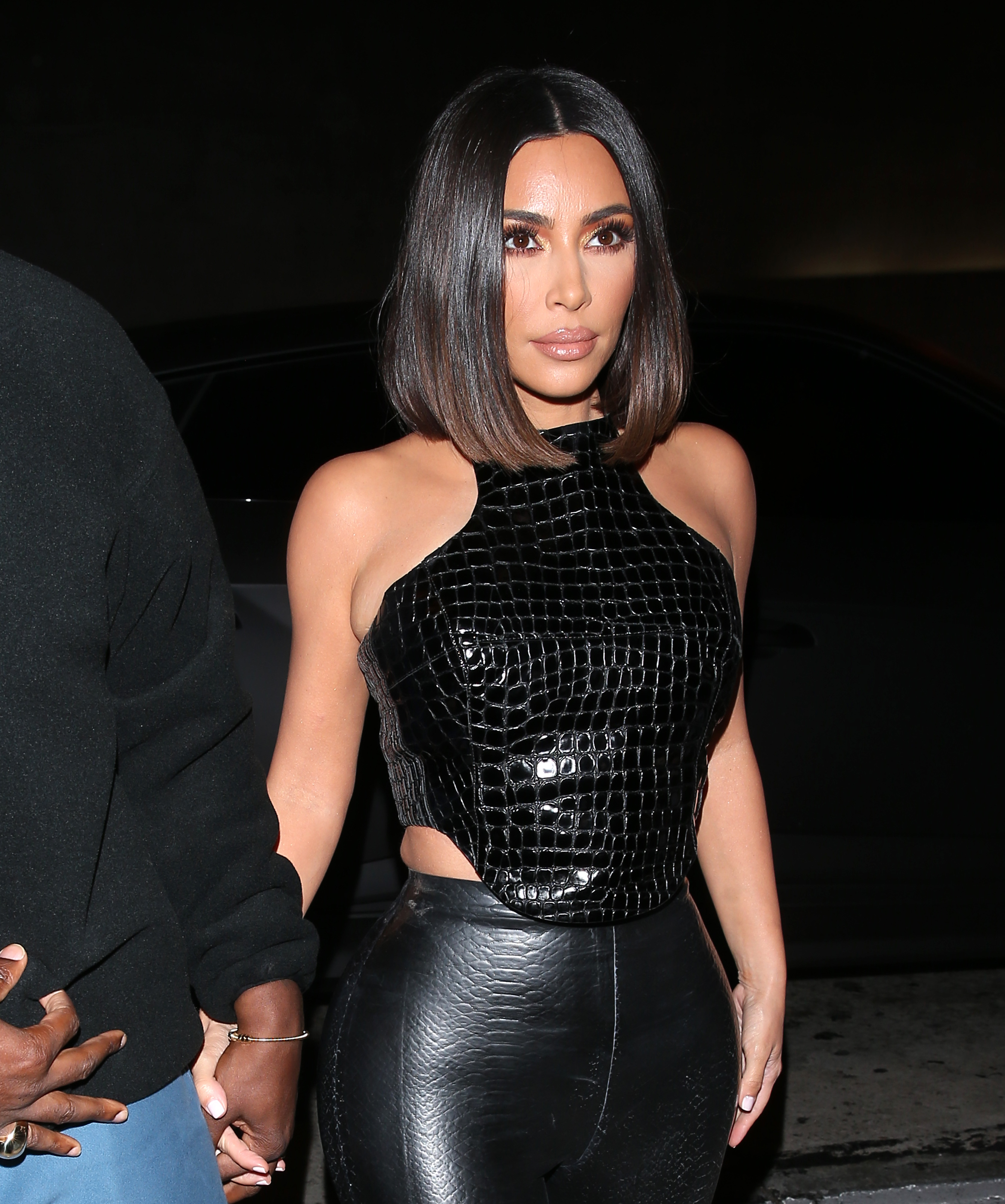 And later that year Kim opened up about her body insecurities while discussing the Mexico photos on Keeping Up With The Kardashians.

Peering at the photos on her phone while sunbathing, she said: "I don’t get it, I literally don’t look like this.

She added of pictures: "If they’re not perfect, people body shame you and criticise  you…for people to think that that’s OK is so frustrating.

"I’m going to literally go inside and start untagging myself in everything."

Last year, The Sun Online revealed that Kim had begun working out six times a week after starting a gruelling diet and fitness regime.

Kim joined forces with bodybuilder Melissa Alcantara after seeing the unflattering pics of herself on the beach in Mexico.