A strained fraternal bond lies at the heart of “Kin,” a high-octane thriller of a road movie with more bark than bite. Eli (Myles Truitt) is a highly capable teen (he can floor a pickup truck into a tight donut and blast a mysterious raygun without batting an eye), but he’s a little too sweet and innocent to really lay into his older brother, Jimmy (Jack Reynor), deserving as he may be. The film opens with Eli’s discovery of the otherworldly weapon in an abandoned warehouse in Detroit, where he lives with his adopted father, Hal (Dennis Quaid).

Eli’s mother died when he was young, and though Hal isn’t the most effusive of fathers, he manages to cough out something about loving Eli as his own flesh and blood. Hal’s actual flesh and blood is a real disappointment; recently out of jail, Jimmy is indebted to a grisly bunch of white gangsters, led by the truly villainous Taylor (James Franco). When Taylor threatens Hal and Eli’s lives by way of payment, Jimmy agrees to steal from his father’s business to pay back his debt.

Suffice to say the plan goes awry, leaving the brothers no choice but to flee in Jimmy’s blue pickup truck. Keeping the kid in the dark about the true nature of their adventure, Jimmy tells Eli they are heading to their late mother’s favorite cabin in Tahoe. Eli must sense something is amiss, because he makes sure to pack his odd-looking firearm. 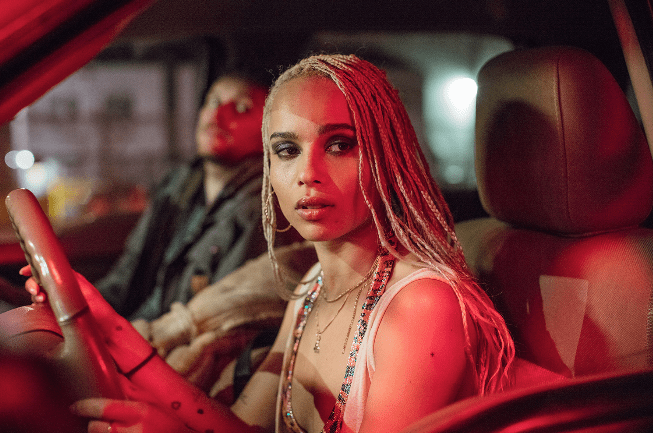 As anyone looking to forge a bond with a skeptical teenager might do, Jimmy takes Eli to a highway strip club, which bears the unfortunate name “Miner’s Daughter.” There they meet diamond in the rough Milly (Zoë Kravitz), who takes a shining to the fun-loving odd couple with cash to spend. (A small but important side note: Milly keeps her clothes on during the club scene, and Jimmy models excellent tipping etiquette for Eli, who hands his entire wad of cash to Milly after a heart-to-heart.)

The club’s owners don’t take kindly to Jimmy’s drunken showboating, and he soon finds himself on the ground with a few boots to the ribs. For the first time, Eli actually puts his mystery laser gun to use, which may look like a toy but has the power to incinerate anyone or anything in its path. Once out of danger, Jimmy is incredulous that his kid brother could wield such a thing. “Someone must be looking for that,” he exclaims.

He’s right: The gun’s activation has alerted two masked figures, tracking Eli since Detroit, who promptly speed off on stolen Motor City motorcycles in search of their lost property. Meanwhile, seeking revenge for the death of his own brother, Tyler and his crew are hot on their heels, stopping only to piss on gas station floors. (Sporting neck tattoos and a mean grimace, Franco makes for an excellent villain).

There are plenty of plot devices to keep the audience on its toes, and Reynor is the epitome of a 21st century lovable antihero, so fashionable these days. He’s hard and grizzled when needed, but soft and playful as well. As the pensive sidekick Eli, Pruitt gives Reynor and Kravitz little to work with in the way of rapport, but he gets the job done as the wide-eyed kid you want to protect. 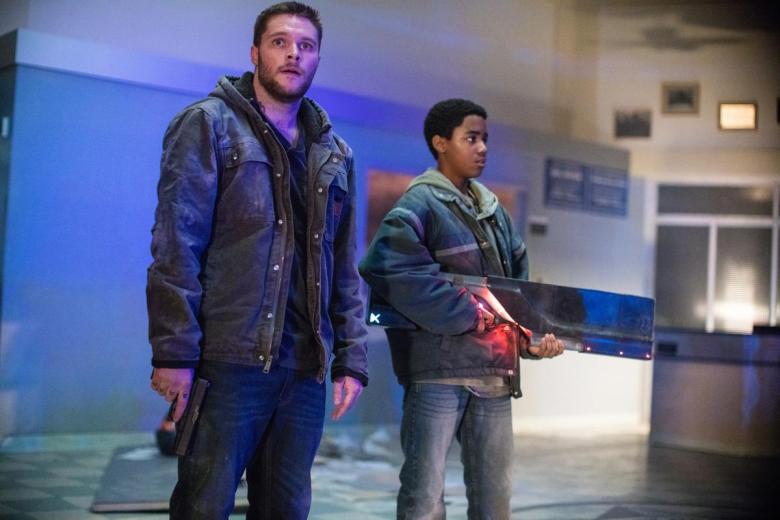 The feature debut of brothers Josh and Jonathan Baker, who write and direct (with an extra screenplay credit to Daniel Casey), “Kin” was executive produced by Michael B. Jordan. The script fears no cheeseball line, as when Hal catches Eli stealing: “A good man does the right thing, even when it’s not the easy thing.” Naturally, the line naturally returns when Jimmy needs a reminder. When Jimmy accuses Hal of having a “replacement son,” Hal must assure Eli, “You are nobody’s replacement.”

Still, the movie rarely drags and is full of little thoughtful touches, like when one of Tyler’s thugs swiftly applies earplugs before a particularly loud raid. Stopping at a diner, Eli plays a “Terminator 2: Judgment Day” video game, in a nod to the classic sci-fi/action hybrid. The parallels, brawny oaf and clever teen team up to save the world, may not be as strong as the filmmakers wish, but they are there.