Kyle Sandilands has criticised the radio ratings system just days after losing his number one spot to ARN stablemates Jonesy and Amanda.

On Friday morning, Sandilands slammed the radio ratings system over its sample size and use of paper diaries.

"Let me explain how radio ratings work," he said. "There's little survey books sent around. And it goes to like 4,000 houses, or something, out of the five million people that live here. And they tick what they like and what they listen to. And there's an average done.

"Where they say we lost people, this is what I imagine happened. Half of our 18-to-24-year-old listeners decided one day, 'I don't like them any more, we wanna listen to Roy Orbison and Amanda Keller's jokes' – and went to WSFM. This is what I call a little bit of a glitch."

The presenter also revealed his discomfort with the way radio ratings are reported, arguing his show was still number one based on his massive cumulative audience (the total number of listeners as opposed to the average audience share at any given time across the timeslot). 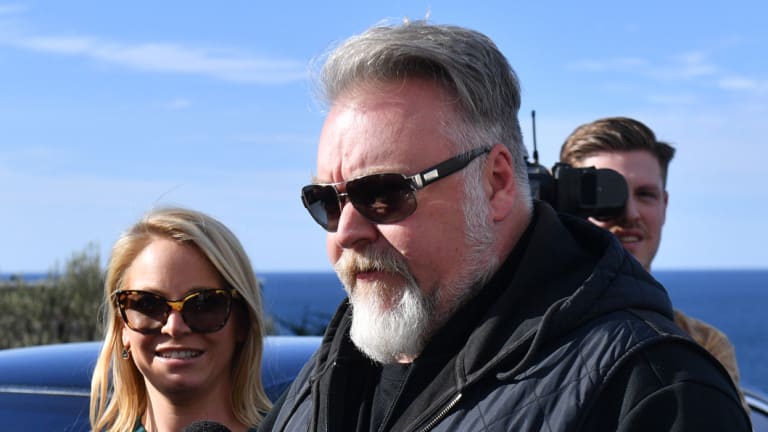 When looking at Sydney's radio market based purely on cumulative audience, the landscape changes dramatically. The Kyle & Jackie O show sits at first place with around 557,000 total listeners, followed by Nova's Fitzy and Wippa with 534,000. Alan Jones sits in third spot with 484,000.

But industry standards dictate that the winner of any given survey is decided based on a show's audience share. This means the radio industry – and, in particular, advertisers – are of the view Alan Jones is Sydney's number one breakfast host by far. The shock jock has an audience share of 16.9 points, well ahead of his competition.

On Tuesday, it was revealed Jonesy and Amanda had leapt 0.7 points to sit on a 10.3 point audience share – a whole point above Kyle and Jackie O's audience share. The KIIS FM hosts recorded a 1.7 point drop this survey, landing them an audience share of 9.3 points.

But radio insiders expect Sandilands and his co-host to return to the number one commercial spot off the back of a strong cumulative audience.

"[I] couldn't give a sh-t about the ratings," Sandilands . "I don't even believe those ratings are true. A lot of people don't know how to understand radio ratings… In my mind, we are still number one and I don't give a sh-t what anybody says."

Sandilands also rubbished reports in a Sydney tabloid that he was upset at losing his number one spot.

"I went around and said good on you to Amanda and Jonsey," he said. "I'm not sad or tired. I was sick."

It's not the first time a commercial broadcaster has criticised the radio ratings system. Last year, Em Rusciano blasted GfK, the research firm that measures the ratings, a week after her Sydney breakfast show suffered its worst result.

But Commercial Radio Australia defended the company, arguing its figures were "robust, consistent and reliable". Chief executive Joan Warner told Fairfax Media a combination of paper and electronic diaries was still the most accurate way to measure listeners' habits.

"The methodology employed in Australia is considered the world's best for measurement of radio listening," she said.

"The surveys are undertaken using a combination of paper diaries and e-diaries, which can be completed online and on mobile devices. This is still the most accurate way to measure radio audiences because listening takes place across so many places and devices – at home, in the car and at work."