Until the sisters tell their own stories, this tale of the ambitious father who nurtured and coached them makes a powerful warm-up 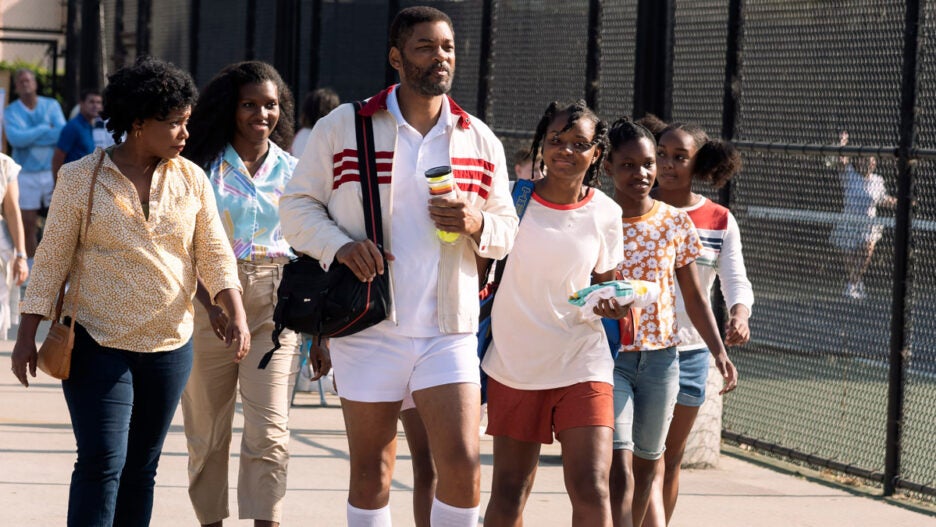 This review was posted on Sept. 4, 2021, following its screening at Telluride.

Biopics made with the blessing of its subjects should always be taken with a grain of salt, as they tend to paint a rosier picture than history remembers. But even with that in mind, Reinaldo Marcus Green’s movie about one of the most famous — and infamous — sports parents is surprisingly more reflective and poignant than expected given its difficult subject.

“King Richard” is not about an easy man. It’s about a tough disciplinarian, a crude decision maker, and a flawed person who learned to talk a big game so his girls could play the biggest games.

Green’s movie picks up on Richard Williams’ hustle from the first shot. Williams (Will Smith) is talking up tennis luminaries so that his daughters, Venus (Saniyya Sidney) and Serena (Demi Singleton), can get proper coaching, something Williams and his wife Brandi (Aunjanue Ellis) have had to do on their own. Richard envisions a glowing future for his daughters, but the doors seem to close on him from every angle. Then, he finally hits a breakthrough, and a coach agrees to train Venus — but not her sister. However, with this door slightly cracked open, Williams takes the opportunity for a shot to make his two prodigies into the best tennis players the world has ever seen. 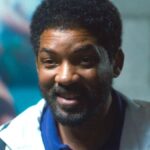 Certainly, there’s a film to be made about Venus and Serena’s experiences, but this is not that movie. Let someone else tell that story of two Black girls surviving the pressure to succeed in such an all or nothing sport. Zach Baylin’s screenplay is, as the title declares, about their father, but it’s also about parental anxieties and trying to do right by one’s children.

The criticism that telling two powerful women’s stories through the eyes of their father is valid, but their stories are so intertwined with his that exploring what drove Richard Williams to a near-fanatical study of the sport so that his daughters could succeed proves to be its own interesting window into their lives. If anything, “King Richard” could be a prelude to whatever movie is made about their experiences, when they are ready to share them.

As the title character, Smith goes a little too hard on the accent, creating a distracting effect when the movie ends and shows the real footage from those early days. It’s apparent that his accent did not go that far in the clips shown. That aside, Smith delivers a moving performance that hits many of the right notes in inspirational sports movies as the supportive coach and father motivating his daughters towards victory. 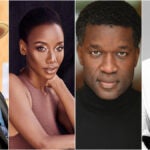 Thanks to Baylin’s writing, we avoid an entirely rosy and false picture of the determined dad. Yes, he’s that, but he also has a quick temper, doesn’t always take his wife or daughters’ voices into consideration, and his brash style certainly lands him on a lot of people’s bad sides. But in that story, there’s also an effort by a parent who wants to give their kids the chances he and his wife never had and the willingness to shelve their ambitions in order to protect his girls, imperfect as their plans may seem.

The discussion of burnout in the movie is timely, a surprising acknowledgment of how these high-pressure environments can affect a child’s mind. The movie barely mentions why Venus and Serena were chosen to receive their parents’ focus when both Richard and Brandi had kids from other marriages, but what’s on the screen is still a moving portrait of a Black parent, showing love and encouragement, wanting to save their kids and give them the world.

The actresses playing the women in Richard’s life each come to stand out on their own against Smith’s hearty dramatics. As Brandi Williams, Ellis gets to draw out her character as the pain of being sidelined from big decisions becomes too much. She knocks Richard off his perch more than a few times, one of the few people to call him on his BS. 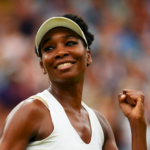 Sidney makes a powerful impression on the big screen, maturing Venus from childhood to her teenage years and finding her voice against her father. There’s a moment during a match when she turns to face the camera with a newly focused scowl, and the Telluride audience gasped and laughed in kind. Her whole body was in the game in a way it hadn’t been before. Singleton starts off as the more silent sister, but she too learns to step out of both her father and sister’s shadows, advocating for herself and longing to be taken seriously as a competitor.

“King Richard” may be a fairly straightforward biopic, but it’s an enjoyable one, giving viewers the chance to enjoy a heartwarming if not uncomplicated story, talk about parenting and the stresses the many characters faced on their way to the history books. Cinematographer Robert Elswit visually hones in on the film’s conventional intent by shooting in warm, hopeful tones, a look that extends from the Williams’ home in Compton to their resettlement in Florida. Composer Kris Bowers’ score is similarly rich and glowing, swelling the music just as Richard and the girls get their hard-won victories and touching moments.

Editor Pamela Martin seems to have had a field day channeling some of the ESPN-style sports-montage style with the kind of upbeat music you’d catch at the gym, but she’s also just as great at letting the tensions percolate in a life-defying match for Venus. Green orchestrates these various elements into a symphony that’s a tribute to hard-working parents, however difficult they may be, and to showing the origin story that begins a generation before our heroes became famous.

“King Richard” opens in US theaters and on HBO Max Nov. 19.