Back in 2014, Kingsman: The Secret Service crashed into cinemas like James Bond’s noisy nephew. The independently financed $80 million production based on Mark Millar’s comic book was an exhilarating, fun and thrilling ride with a gloriously British heart.

The first film saw Gary ‘Eggsy’ Unwin discover James Bond-esque secret agents within his family and be sent to a posh Hogwarts-style training school with umbrellas instead of wands. The second film, Kingsman: The Golden Circle, continued to chart this chav-to-chap’s story, as he saved the world from another global threat.

The two Kingsman films have so far pocketed over $825 million from worldwide cinemas, off the back of a combined budget of $185 million, so you can bet there are more on the way. They might even crossover with the Kick-Ass universe when that gets a reboot… 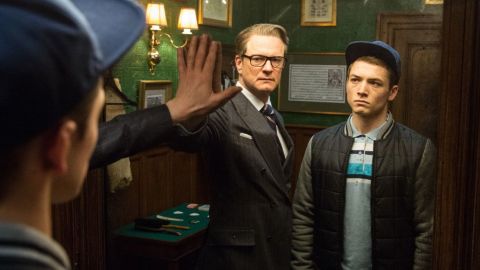 Kingsman 3 title – what will the movie be called?

Given that the first and second films both had full titles (Kingsman: The Secret Service, Kingsman: The Golden Circle), Kingsman 3 is likely to follow suit.

A second series of adventures starring Eggsy was published through Image Comics in September 2017 and could provide a clue to that name. However, Kingsman: The Red Diamond is more of a solo adventure for Eggsy and doesn’t take in the wider elements now established in the cinematic universe, so might actually be more of a red herring.

Kingsman 3 production – is Matthew Vaughn back for more?

Production on Kingsman 3 is expected to begin in January 2019.

Director Matthew Vaughn (X-Men: First Class, Kick-Ass, Layer Cake) returns, even though he wasn’t that keen on making number two: “I was very hesitant about making a sequel purely because so many sequels don’t really enhance the experience. They’re normally bigger but not necessarily better.”

That echoes something he said when talking about his other big superhero sequel, Kick-Ass 2. “It was a big learning curve of how not to make a sequel,” he said, before quipping: “We didn’t set out to make a terrible film!”

Vaughn has been collaborating with Jane Goldman on the script, which is expected to close out the trilogy by wrapping up Eggsy and Harry Hart’s story.

Angus Bickerton, Kingsman: The Golden Circle‘s visual effects supervisor, has also hinted that the movie is in its early stages of production. “We’ve had the briefest of conversations with Matthew [Vaughn] about it… he’s got plans,” Bickerton told CBR.

Vaughn is apparently so on board with a third film that he’s thought to be planning to shoot Kingsman 3 and prequel movie Kingsman: The Great Game back-to-back, while also planning an eight-hour TV series.

That spinoff TV show is expected to centre on the American Statesman introduced in Kingsman: The Golden Circle.

Kingsman 3 cast – is The Rock playing the villain?

Taron Egerton might now be landing plum roles such as Elton John in Rocket Man (having met the man himself in Kingsman: The Golden Circle) but he’s a cert to return as Eggsy. 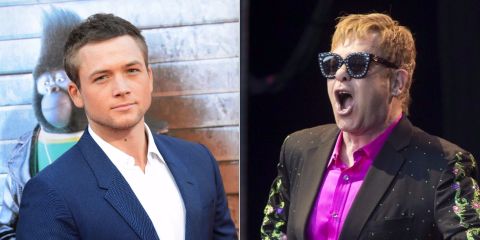 Having gone to the trouble of raising Harry Hart from the dead in the second film, we’re also pretty sure Colin Firth will be back in that dapper suit once again.

It is similarly rumoured that Channing Tatum, Halle Berry and Jeff Bridges will reprise their Golden Circle characters in a third film, with Tatum in particular benefitting from a larger role.

Early scripts suggest that Mark Strong’s Merlin was supposed to survive the explosion in Kingsman: The Golden Circle and only lose his legs, but was killed off instead in the final drafts. Amazingly, Strong has since suggested even he could make a return.

Allegedly, Matthew Vaughn has told him nobody stays dead in the Kingsman universe. Well, they did shoot Firth’s character in the head at point blank range in the first film and still resurrect him in the second movie.

If Merlin does somehow come back, could we also see a return for Sophie Cookson’s Roxy? She was bombed into oblivion when the Kingsman mansion was destroyed by a missile in The Golden Circle but stranger things have already happened.

New character details that have been teased for Kingsman 3 and Kingsman: The Great Game also point to potential new cast members. The franchise looks to be getting at least two new lead characters for the upcoming third movie, as well as the prequel The Great Game (whichexplores the origins of the Kingsman organisation in the early 1900s).

Ralph Fiennes is one of those thought to be joining the franchise. Vaughn says the third Kingsman film will “open a door” to the prequel by introducing characters that will be explored in both films.

The director is reportedly on the hunt for an older leading man, with Fiennes’ currently topping his list. The studio are also looking to cast a teen character named Conrad who is described as “the young, cocky and charming son of a British duke”.

“Conrad is eager to find a way to serve his country during World War I… and perhaps the Kingsman offer him just that opportunity,” the description says.

If you’ve heard that the Rock might also be cast in Kingsman 3, that’s because Taron Egerton would love to see Dwayne Johnson join the team.

And so would we! Having played a villain briefly in terrible video game-to-movie adaptation Doom, we’d love to see him get a better shot.

Kingsman 3 plot – where next for the super spies?

In May 2018, Vaughn teased: “Weirdly while we were writing Kingsman 2, we were thinking of Kingsman 3 as well, which is odd. We’ve got a big idea for that. This film is sort of the bridge, and if we can pull this off we’ll make another one.”

Kingsman: The Golden Circle was a box office success, so consider that bridge crossed. The director has also previously confirmed that the third Kingsman film will be “the conclusion of the Harry Hart-Eggsy relationship”.

“I think there’s a story in my head which will be finished by the end of the next one. And then after that, of course, there could be Statesman movies, there could be spin-off character films. The universe could continue with new agents.

“Or, you know, Colin [Firth] could become Arthur [the head of the Kingsman] or new characters could come in. Or new kids get trained. There’s so many options, but I also think it is better not to be too greedy.”

Kingsman 3 trailer – when can I see it?

As this film is in the very early stages of production, there’s no trailer to see just yet. But we’re hoping for something along the lines of that taxi ride from hell seen in the promo for Kingsman: The Golden Circle to get our pulses racing.

The action-spy flick doesn’t have an official slot on the release schedules just yet. But if filming does kick off in January 2019, we’d expect it to land early in 2020.

After all, Kingsman: The Golden Circle began shooting in May 2016 and that film hit cinemas in September the following year.

Keep checking back and we’ll update you with more details the second we have them!