The pop star turned heads at the glitzy screening at the Venice Film Festival. 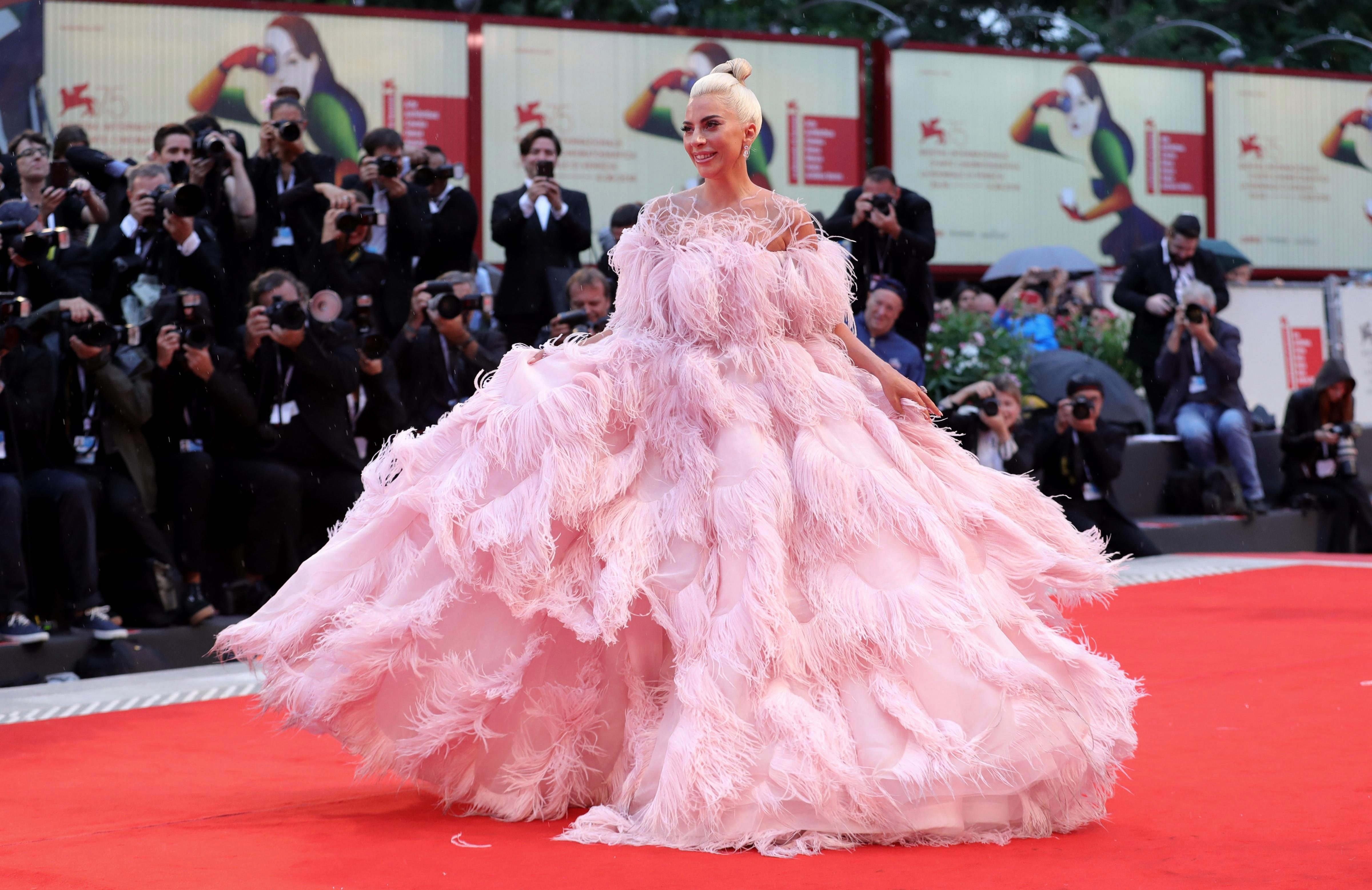 She stars in the movie opposite Hollywood hunk Bradley Cooper and she made sure all attention was on her as she walked the red carpet.

Lady Gaga, 32, was seen making a difficult exit from a water taxi as she arrived at the venue in Venice.

She had a team of assistants on hand to help extract her dress from the boat without dunking the train in the canal.

The Bad Romance star was then able to swish down the red carpet unaided and pose for pictures outside. 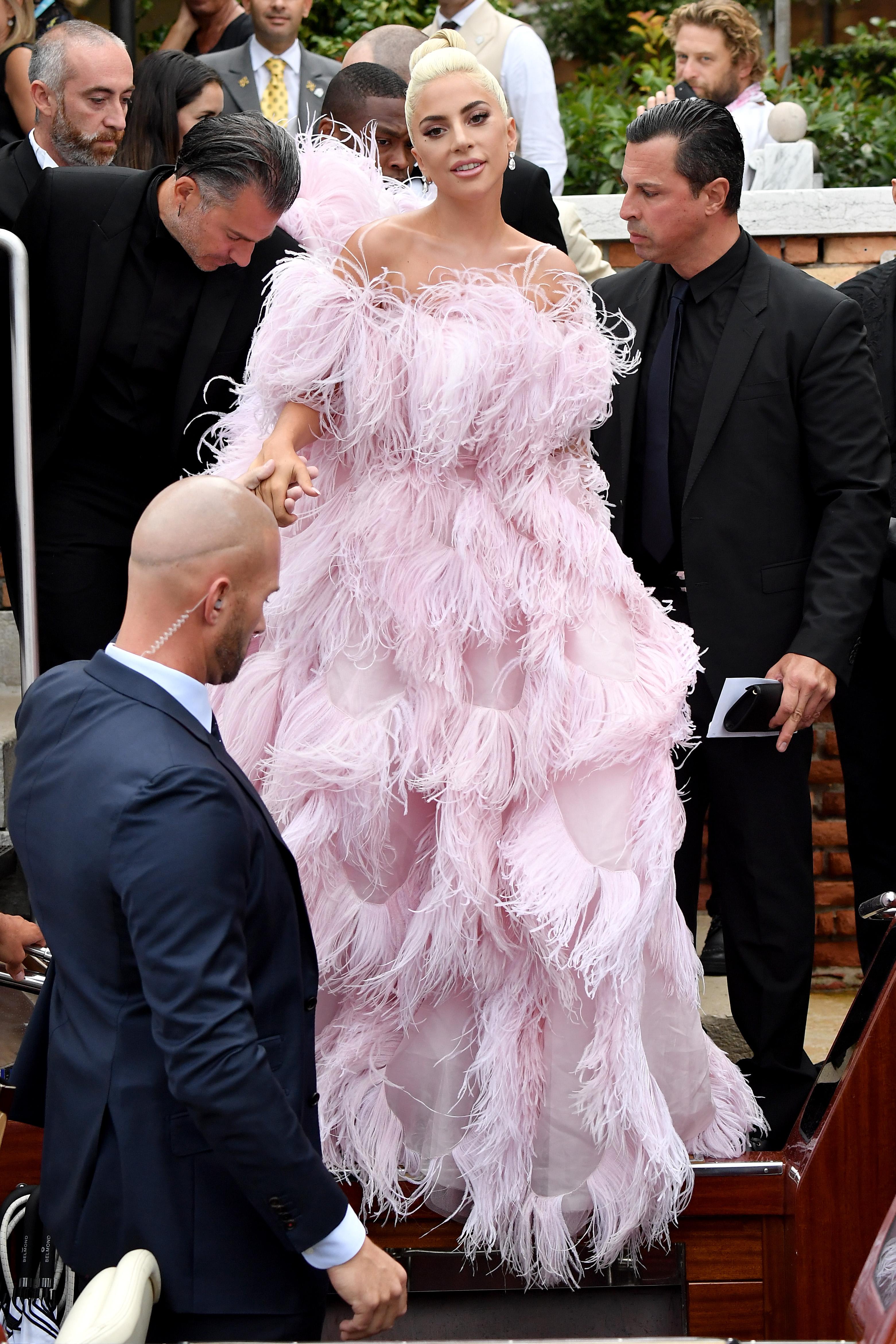 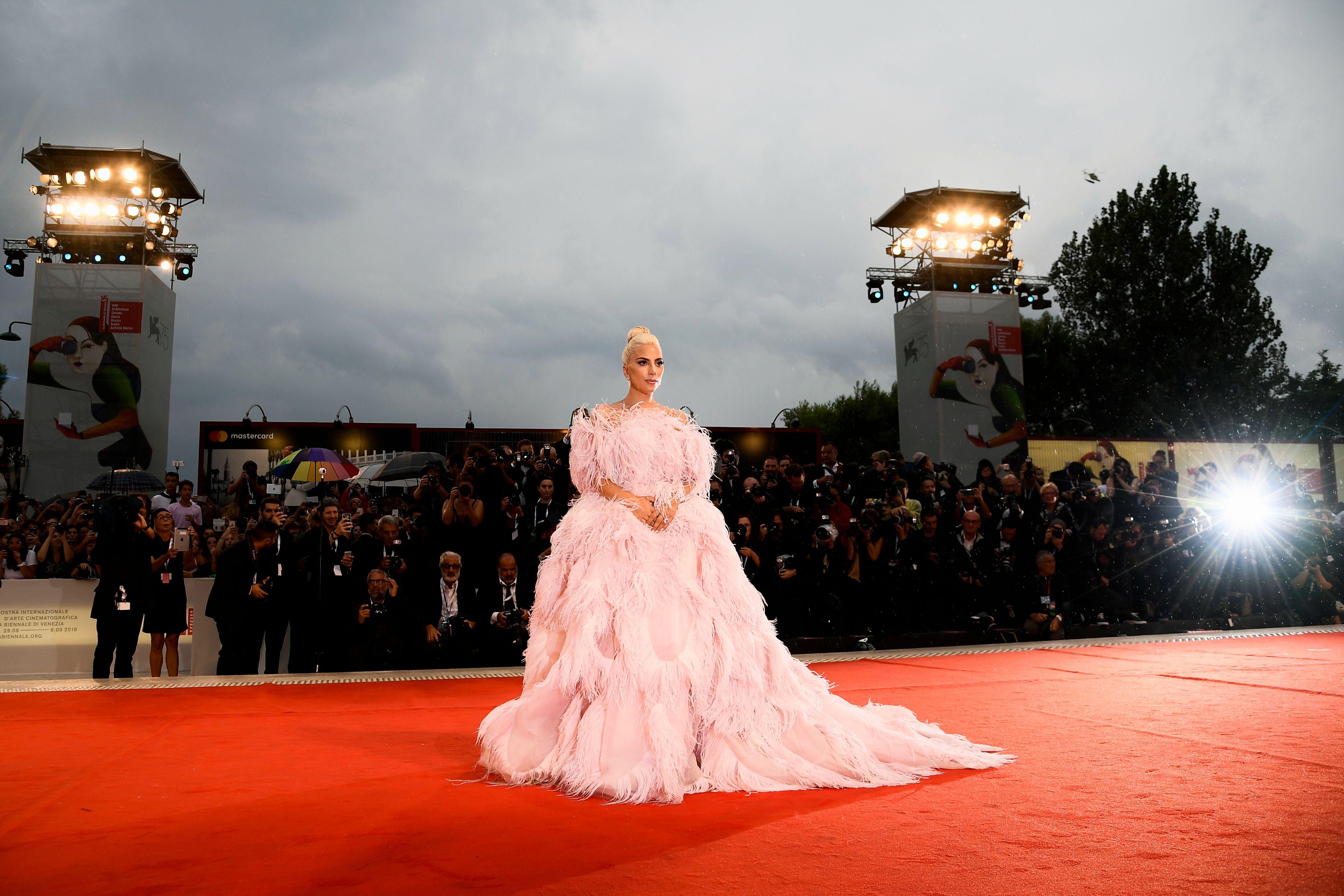 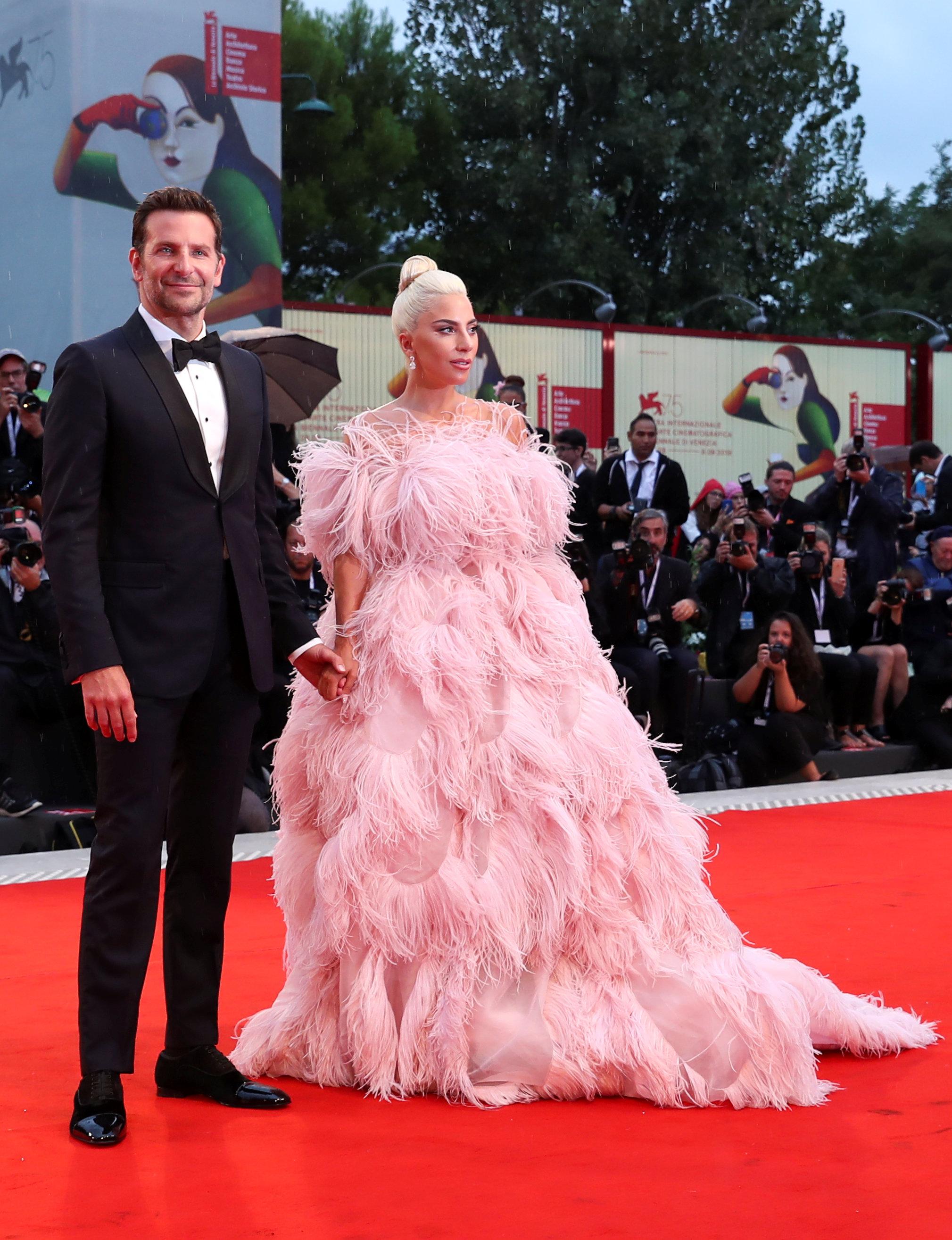 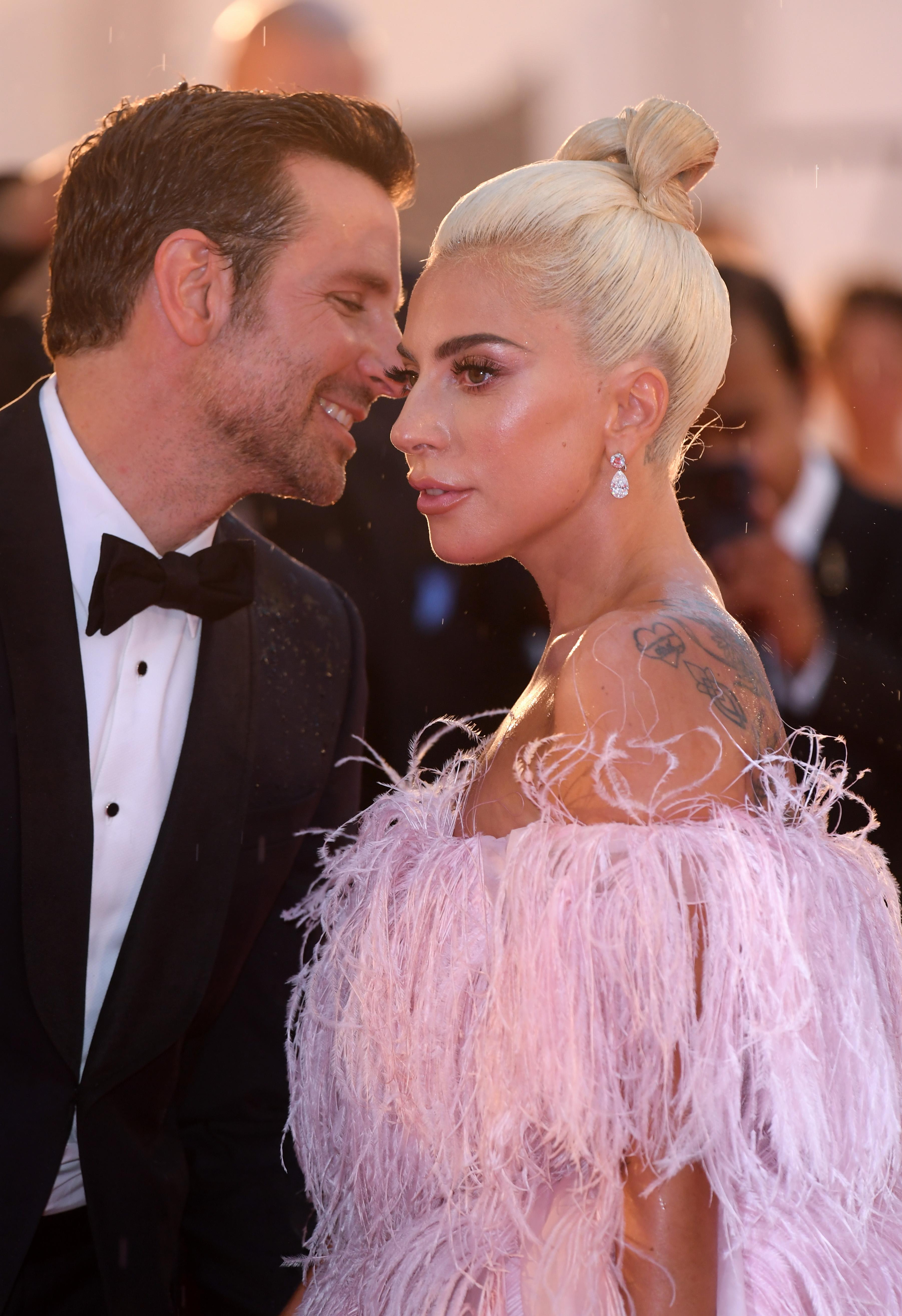 The singer stole the show as she posed next to her co-star Bradley, who wore a simple tux for the gala screening.

The film is the third remake of the well-known story following previous incarnations in 1937, starring Janet Gaynor and Fredric March, and a musical version in 1954 with Judy Garland and James Mason.

The latest version has been in the works for some time and had previously boasted Clint Eastwood as director with Beyonce as his star. 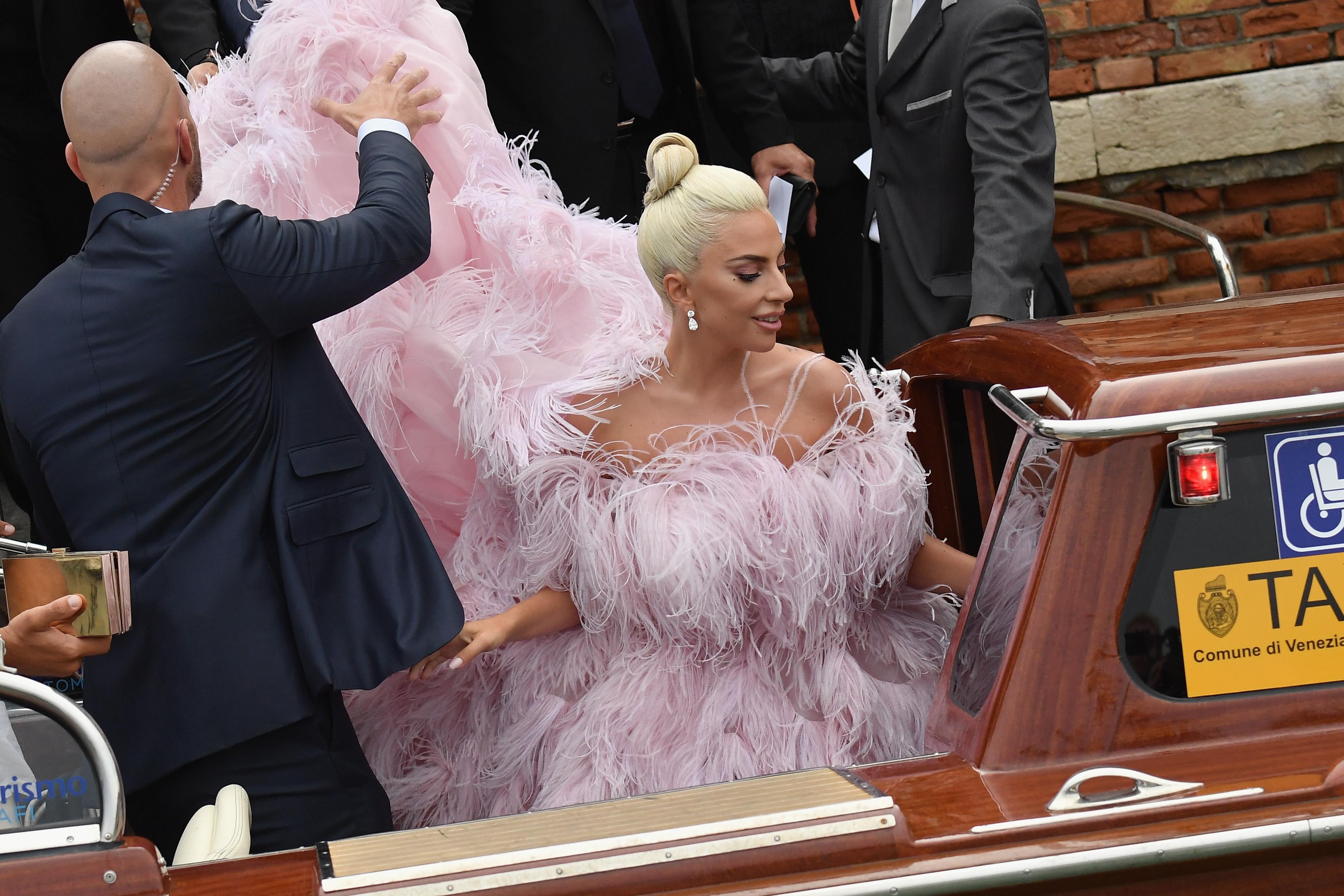 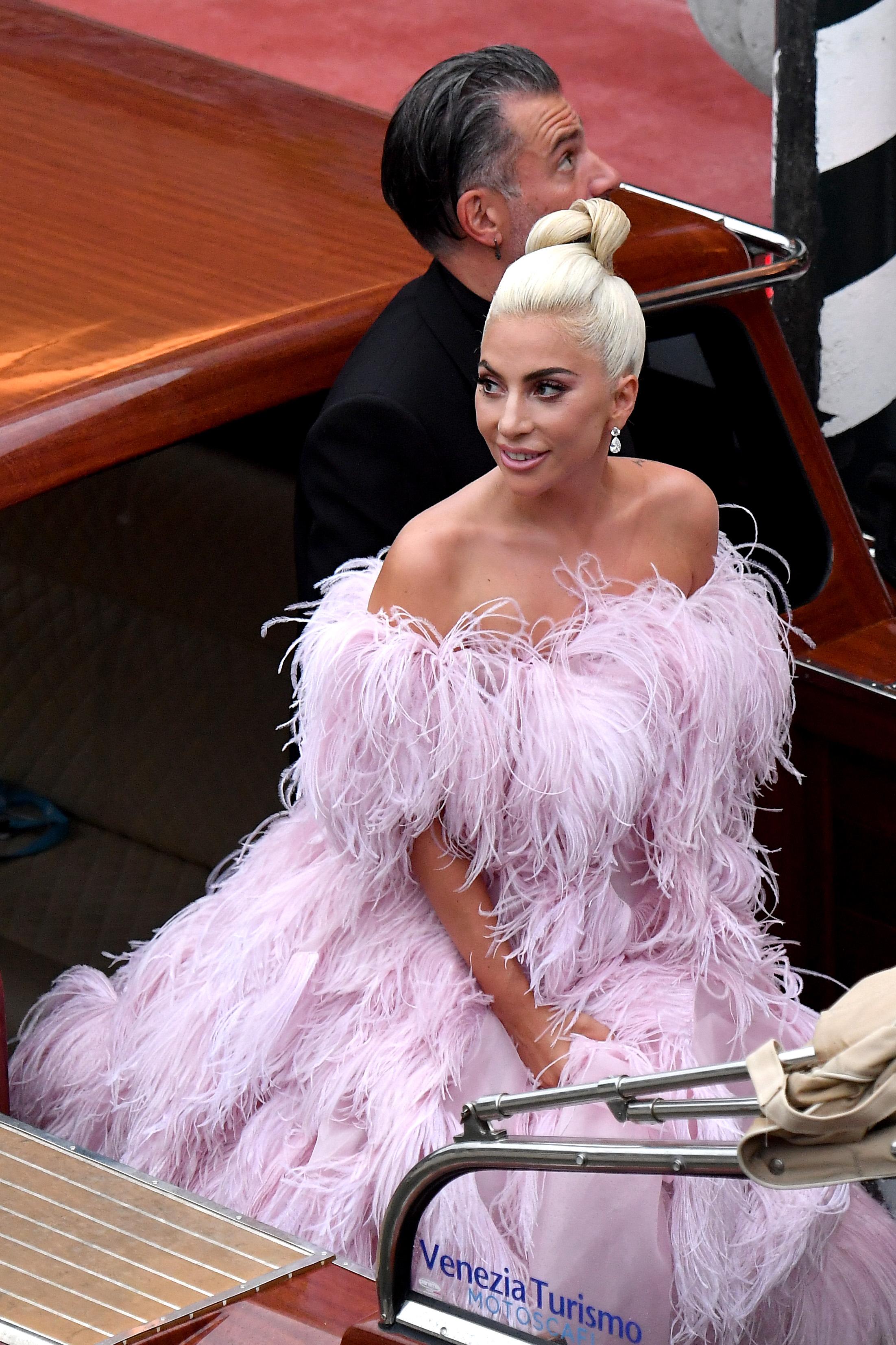 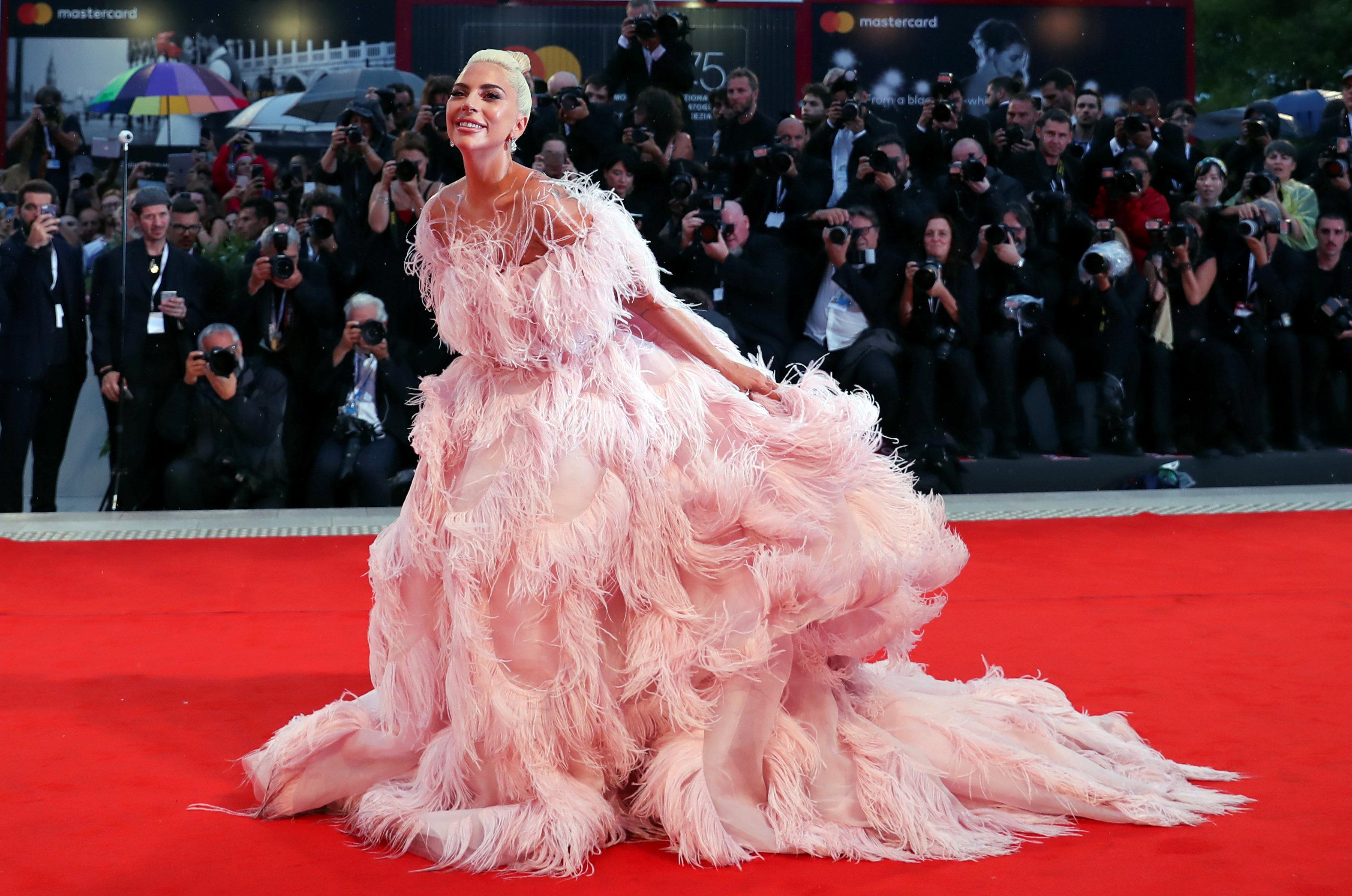 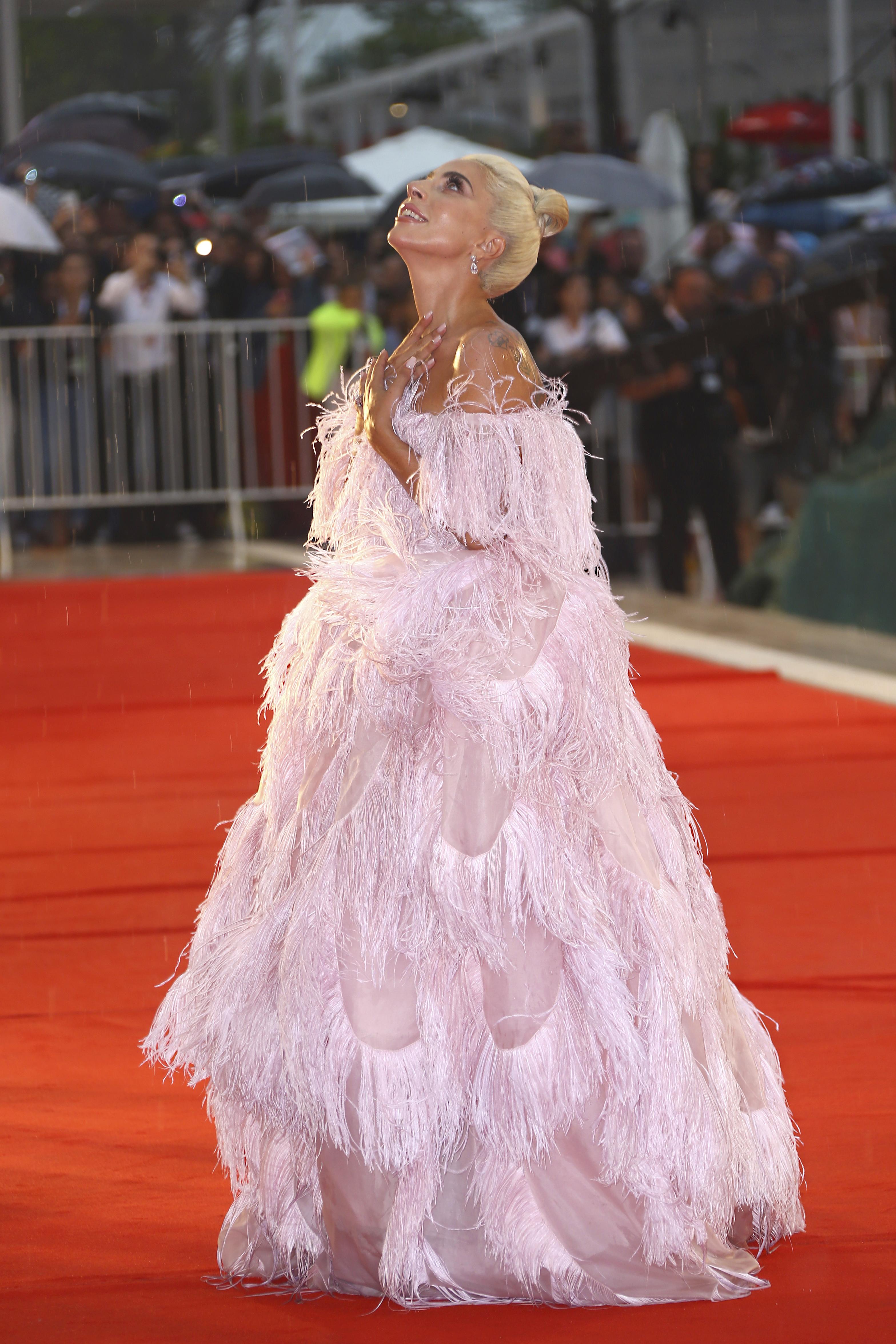 However, after numerous line-up changes, Cooper ended up taking control to direct his first major picture.

Lady Gaga took over the female lead from Beyonce.

It tells the story of a hard-living country star, played by Cooper, who falls in love with a young upcoming singer, played by Gaga.

It's due to hit cinemas later this year.