If you're not familiar with the TV drama The Walking Dead, you might not recognise American-born, English-bred actor Lauren Cohan, who plays feisty zombie apocalypse survivor Maggie Greene on the hit series. 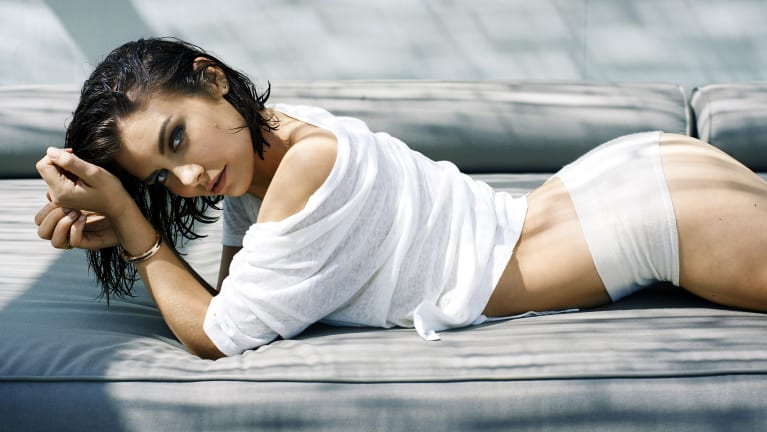 “It was just time to say that gender shouldn’t matter when you have this group of kick-ass people all doing the same work.”

But since we're meeting in San Diego during Comic Con – the annual convention that attracts 150,000 fans of all things pop culture – Lauren, who boasts 3.8 million Instagram followers, is something akin to royalty here.

"I'd love to get deep and meaningful with you, but I don't know where that part of my brain is right now … I think I left it in Hall H!" the 36-year-old actor says, referring to the location where she'd just been part of a panel in front of 6500 rabid Walking Dead fans.

She could be forgiven for feeling a little overwhelmed. Not only is Lauren a driving force in the forthcoming ninth season of the series, she is also promoting her first major action film, Mile 22, in which she co-stars with Mark Wahlberg.

And just in case that isn't enough, she's heading to Prague next month to film a new TV series, Whiskey Cavalier, in which she plays a CIA agent who butts heads with the FBI agent (Scott Foley from Scandal) she's forced to work with. The show fits neatly into her schedule on The Walking Dead, which means she'll be able to work on both projects next year.

"I've had the pleasure of playing strong female characters and it's the great equaliser, to be able to survive and protect and not need to be rescued," she says.

"All these women have challenged me in different ways and it's a great time for me to be representing femininity and strength."

Sitting in an empty hotel conference room, Lauren certainly embodies femininity in a sky-blue summery dress with simple white sandals. Her piercing green eyes light up as she acknowledges her excitement at having to juggle so many high-profile projects.

"But I feel surprisingly calm with everything going on," she says, absent-mindedly taking a stray tuft of her bobbed brown hair and banishing it behind her ear, "so I guess busy work is good for the brain."

Lauren's lilting, hybrid accent – not quite English and not quite American – is a result of being born in New Jersey to an American father and English mother, then moving to England when she was 13.

"Some people think I'm Australian because they think that's what you get when you put those two accents together," she says with a laugh.

It's not surprising the actor herself often grapples with her own identity. "It's weird when you're asked to pick one place over the other but now I've finally realised I'm always going to feel like this – torn between two countries – so there's actually a kind of peace in that realisation."

After graduating from the University of Winchester in the UK with a bachelor's degree in drama and English literature, Lauren initially split her time between Los Angeles and London, and her work between film and television.

Among her credits she includes the 2005 film Casanova (also starring Heath Ledger), a season in the series Supernatural as the villainous Bela Talbot, a 2010 stint as a 560-year-old vampire in The Vampire Diaries, and a 2011 appearance on the series Chuck as socialite Vivian Volkoff. 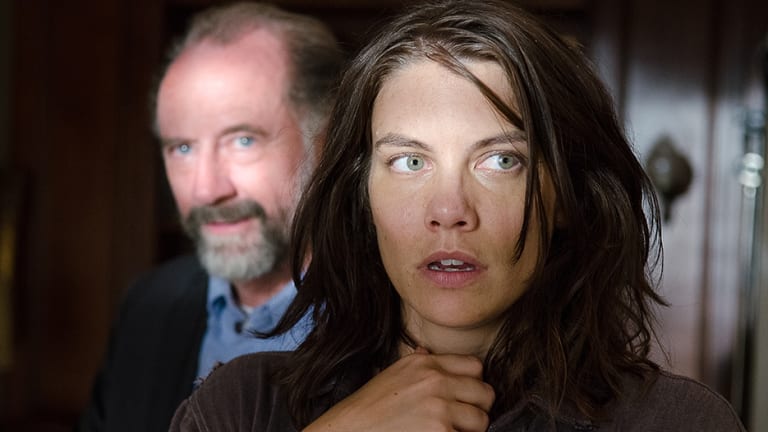 In 2011, her capacity for playing characters in fantasy-themed programs led to her being cast in a recurring role on the second season of The Walking Dead as Maggie, a farmer's daughter and killer of zombies. She quickly became one of the show's most popular characters, and when the series returns in October, with a oneyear time jump, we find Maggie has become both a powerful leader of the survivors' Hilltop community and a devoted mother who won't be pushed around by anyone.

"Having the baby definitely infuses Maggie with a new viewpoint," she reveals. "It's time for her to step up and start making her own decisions. She feels Rick betrayed her by letting Negan [Jeffrey Dean Morgan] live, so she's now speaking up when she's not in line with what Rick [Lincoln] decides and that creates a lot of tension."

It's likely that Lauren had to draw on some of her character's feistiness when renegotiating her return for the upcoming season. She initially asked for an enhanced salary, something closer to that of her two male co-stars, Andrew Lincoln and Norman Reedus, and rejected the modest increase that was offered.

Making her point, she put herself out there during the US TV industry's pilot season and quickly landed the lead role on the comedy-action series Whiskey Cavalier, sparking rumours of her exit from The Walking Dead. In the end, she successfully landed a significant but undisclosed salary bump for a minimum of six episodes this season, an arrangement which also allowed her to film the new show during The Walking Dead hiatus.

She chooses her words carefully when asked about the pay dispute. "It's what you have to do when disparities don't make sense," she says firmly. 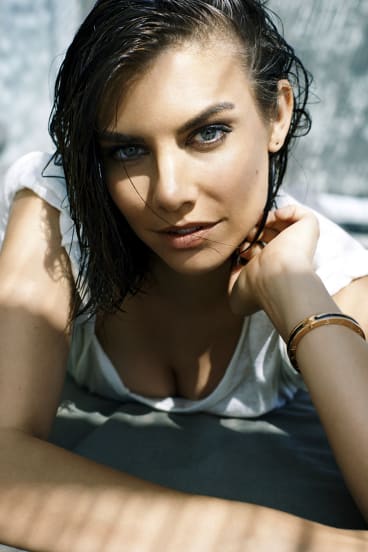 “I’ve always looked up to women who possess quiet strength and power.”

"I want to be clear that I'm not bashing the show or anyone on it but I don't want to hide what I did either. It was just time to say that gender shouldn't matter when you have this group of kick-ass people all doing the same work."

In Mile 22, she plays Alice Kerr, a member of an elite paramilitary group tasked with trying to smuggle a mysterious police officer out of south-east Asia. Her character is also a mother juggling her responsibilities between family and career.

"I've always looked up to women who possess quiet strength and power," she says. "I'm very lucky – I had an amazing mom and other strong female figures in my life, and what I take from that is the knowledge you can balance a lot of different responsibilities at once.

"Women have supreme powers of multi-tasking as mothers and it's great playing the kinds of roles that are finally showcasing this on film."

Lauren, who also learnt to speak Indonesian for the role, says the brutal fight scenes in Mile 22 required even more intense preparation than The Walking Dead.

"I spent all my days off working with navy SEALs, doing combat training," she says proudly. "We wanted to emphasise her scrappy, caged-animal style of fighting, so I studied ju-jitsu and worked out with Ryan Watson, the man who trained Gal Gadot for Wonder Woman."

Juggling three major projects hasn't left much time for romance, Lauren confesses. "It's on the back burner and I am okay with that. I think a good relationship takes things that I don't necessarily have right now, but I don't feel like they are far off. I'm a romantic, so I have to believe there will be a time for that sooner or later."

And when asked if she will return to The Walking Dead for a 10th season after filming Whiskey Cavalier, Lauren hesitates. "I don't think Maggie's story is entirely done," she says enigmatically, "but I do know that I'm ready to spread my wings."