The 32-year-old, who is shooting a new MTV reality show called Lohan Beach Club, looked every inch the boss as she strutted her stuff wearing a sheer dress. 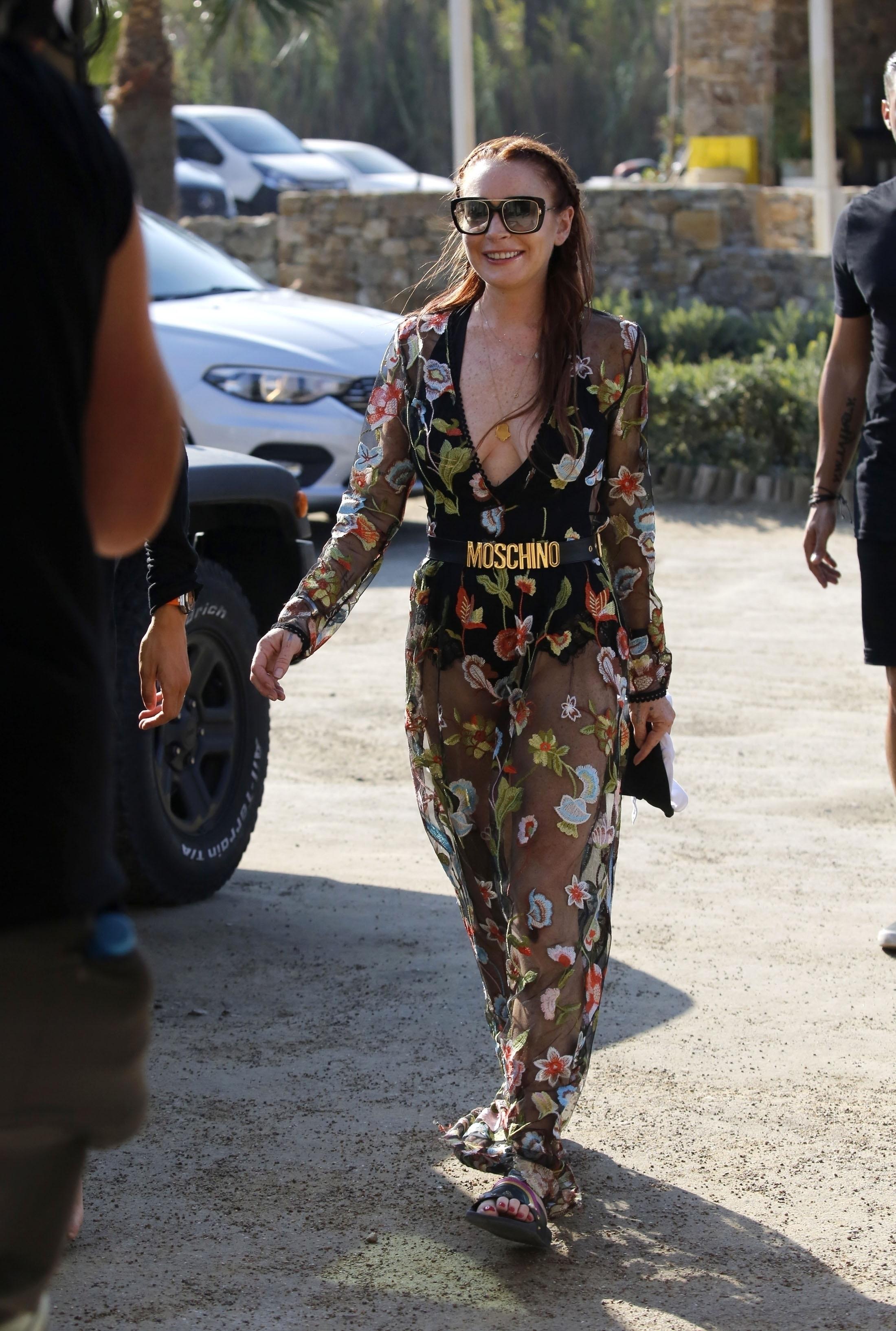 Wearing a plunging swimsuit beneath, Lindsay showed off her figure as the dress was cinched in at the waist with a Moschino belt.

Her famous red hair was tied off her face in two braids and she covered her eyes with a large pair of shades.

The former child star is executive producing  and appearing in her new show after relocating to Mykonos from the US in recent years.

MTV recently explained: "The exclusive seaside destination will serve as a backdrop for the series, and features luxury spa amenities, a renowned restaurant and a transformative day and nightclub poised to redefine the Mykonos experience." 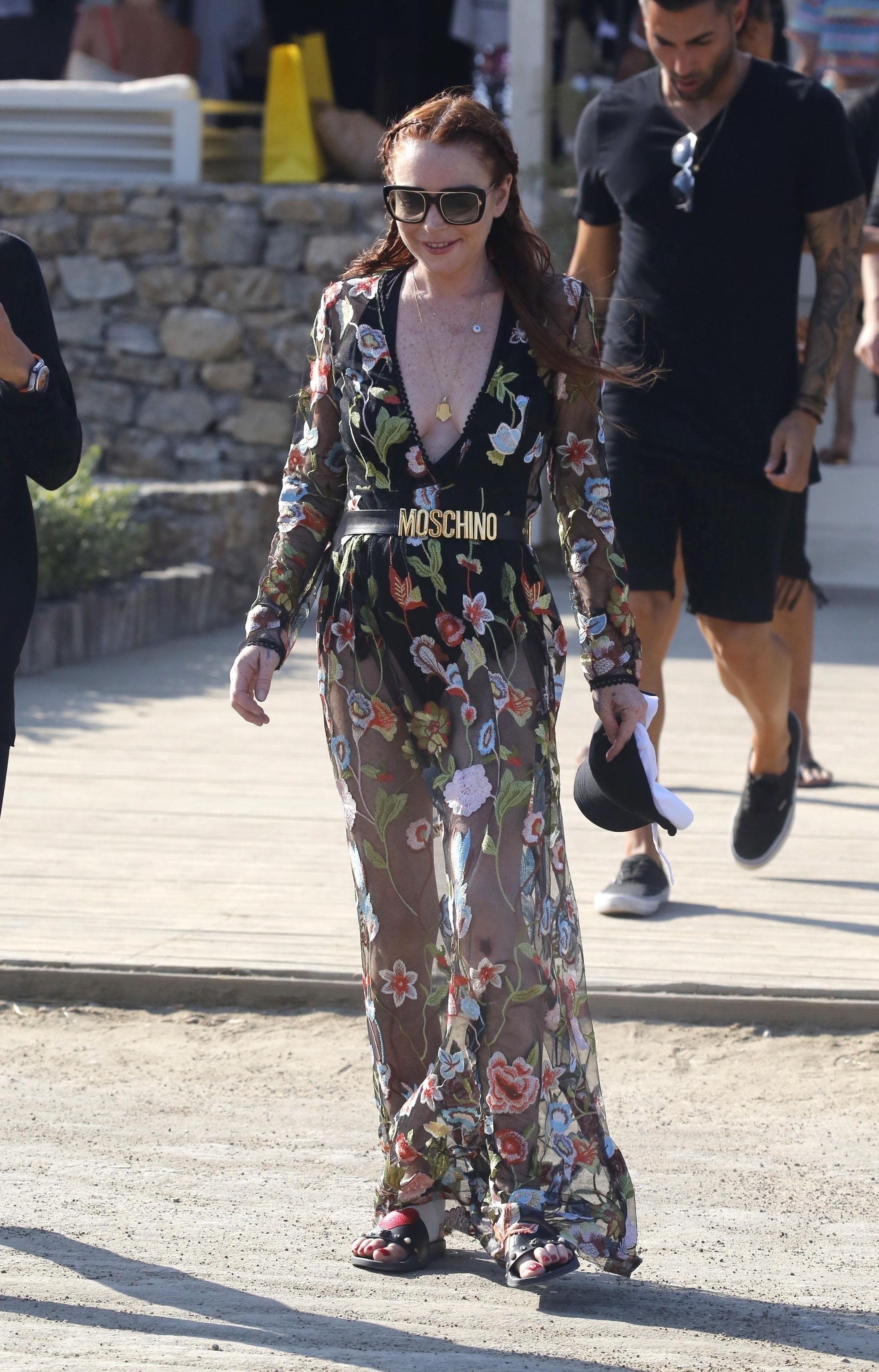 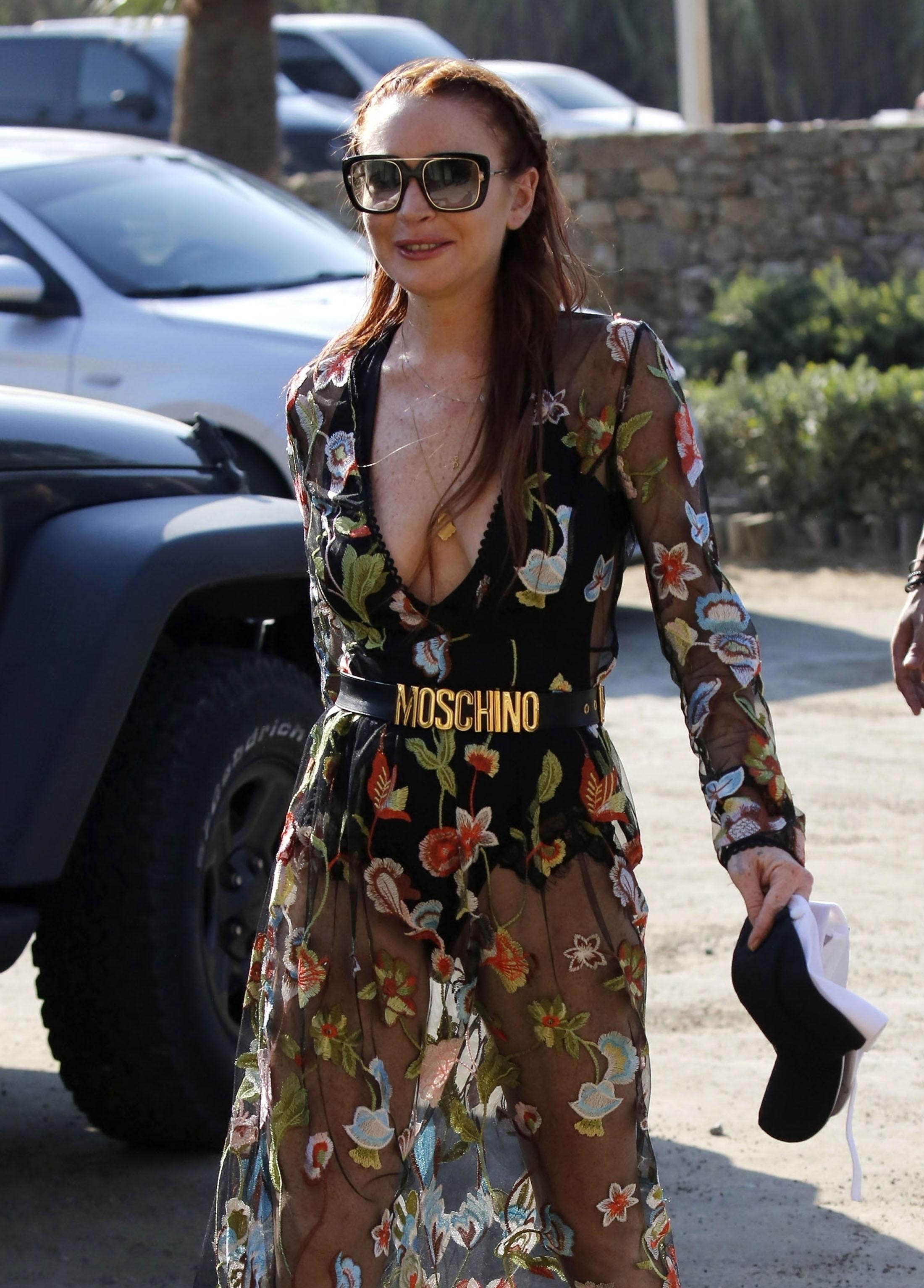 The show will see Lindsay follow a team of brand ambassadors who are tasked with proving their expertise and ambition as they bring her vision to reality.

The series, which is set to debut in 2019, represents Lindsay's latest business venture in Greece, where she also owns a nightclub in the capital Athens and a beach house in Rhodes.

Last month, Lindsay gave an insight into the drama we can expect as she seemingly threatened to fire two of her waitresses at her beach club for wearing the wrong footwear.

The Mean Girls star commented on a photo of two staff members at her newly-opened VIP club in Rhodes – the sister venue to her flagship Lohan Beach House in Mykonos –  after she noticed they were sporting different coloured high heels.

She commented on the post on the official Instagram for Lohan Beach House Rhodes: "Wear the same shoes please … or you're fired. (sic)"