There’s still plenty of questions left to be answered but Phillip Schofield is convinced Anna Maxwell Martin, who plays Patricia Carmichael, let slip spoilers in her interview on This Morning. Pointing out the Line of Duty actress laughed “a lot” he remarked she may have been nervous about revealing the fate and motive of her character, who many fans believe is H.

Coming back from a break following their interview with Anna, Phillip remarked: “We were analysing saying Anna Maxwell Martin was laughing, I mean she’s always laughing but she was laughing a lot.

“Was that because she was nervous about giving anything away?”

Holly asked: “So who do you think then? What’s interesting is none’s agreed who they think H is or the good guys or bad guys.”

“I think she’s bad but then I struggle because then I think that’s a bit obvious,” Phillip replied. 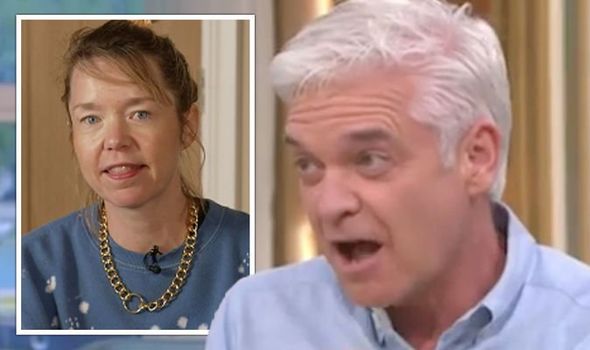 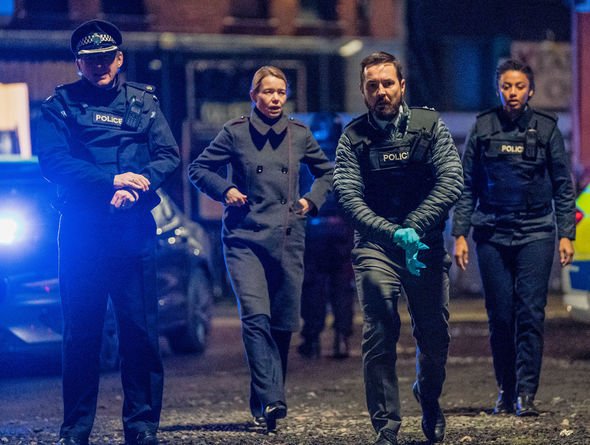 “But you say you think it’s Ted [Hastings] but why would they retire him?” Phillip asked. “They’d kill him, he’s killed everyone else.”

Holly explained: “He spelt the thing wrong didn’t he and then he told the guy inside the prison about the rat that killed the guy.”

Speaking in the interview, Anna tried not to give anything away when discussing who the fourth member of H is.

“When I was filming Line of Duty, I was filming Motherland at the same time, so I was rushing onto each set and I just can’t remember anything,” the actress claimed. 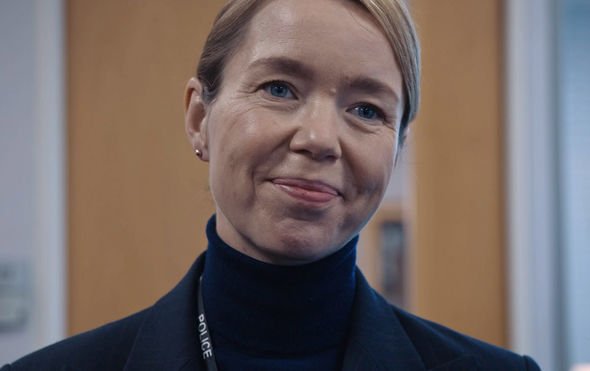 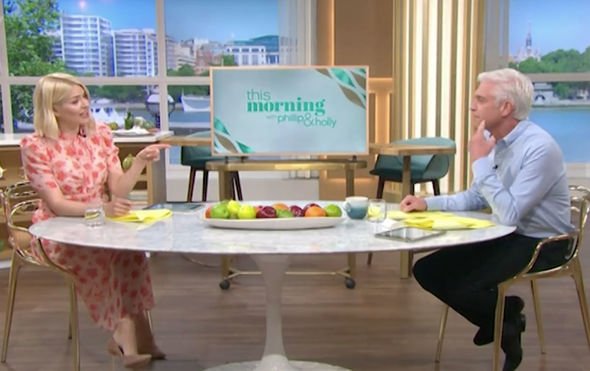 “Either that or they play tricks on you and when they drop you off in Belfast they blank your mind, so you can’t remember anything.”

Anna added she “went for it” with her role as Carmichael, commenting: “There were a couple of bits [in the script] where she was nasty and I just went for it. And then she morphed into a horror show.

Asked if Carmichael is “insecure”, Anna added: “Yes, course she is, Phil.

“Yes, you’ve got no idea of what’s going on in Pat’s house. She is a bit of a power freak, I suppose.”

Fans have long speculated Carmichael is H after her return two episodes ago, after fans noticed her pen tapping was similar to morse code.

After Carmichael tapped her pen four times, viewers believed it was a sign she is the fourth corrupt senior officer.

“I think I was just bored. Those scenes are very long. I think I was like, ‘What am I saying next?’” Anna said trying to deflect the theory.

And, after it was revealed a group of senior officers had been involved in investigating a racially motivated death, fans worked out an anagram in Carmichael’s name.

Someone on Twitter wrote: “We all know Patricia Carmichael is H. Jimmy Lakewell said ‘look beyond the RACE CLAIM to find H’.

This Morning airs weekdays on ITV at 10am while Line of Duty concludes Sunday on BBC One at 9pm.