The former CBB star, 50, claims her 14-stone weight has made the structure wonky, and the problem was made worse when a few more friends, weighing a total of 60 stone, piled in for the bash.

"Had a few friends round drinks and fun ' rocking the tree house oh yes !! Crammed around 60 stone in there no wonder it's tilting ' oh dear ??."

One of her followers questioned whether Lisa's tree house lifestyle was real, to which the reality star confirmed it was.

She explained: "100% It's a struggle but I ain't signing on! I'm taking daily steps up the ladder and working to eventually improve my life ! ???? trolls can swivel 'I'll show em' at least I'm a big hearted, genuine, lovely girl unlike them couch potatoes nought else better to do."

Lisa invited her pals on a “bender” in her tree house after lashing out at trolls who mocked her squalid living conditions.

The fun-loving star  is putting a brave face on her tough situation – which has seen her move into a basic wooden hut with no running water or electricity.

Yesterday Lisa spoke exclusively to The Sun Online about her dire situation and admitted she was trying to be positive.

Her friends rallied around her and offered her support whenever she needed it.

Replying to one friend on her phone, which she’s been charging in her place of work, Lisa said: “You must join me on a bender in my tree house.”

She also spoke warmly of her new living arrangement and told her fans she’d befriended a fox and had been sharing her leftover food with it.

However, as much as Lisa got support following her admission, she has been bullied by online trolls who have made fun of her predicament.

But she didn’t take their cruel words lying down and blasted one, saying: “I've took a job on and can't afford proper accommodation yet, I can't win if I signed on you'd all be slating me, I'm starting from scratch again so f*** off.”

Ever the positive soul, she told another fan: “The beautiful thing is when at #RockBottom the only way is up and every step of the way feels like #Heaven.”

Lisa made the move to the tree house after coming off benefits and getting a job in sales. 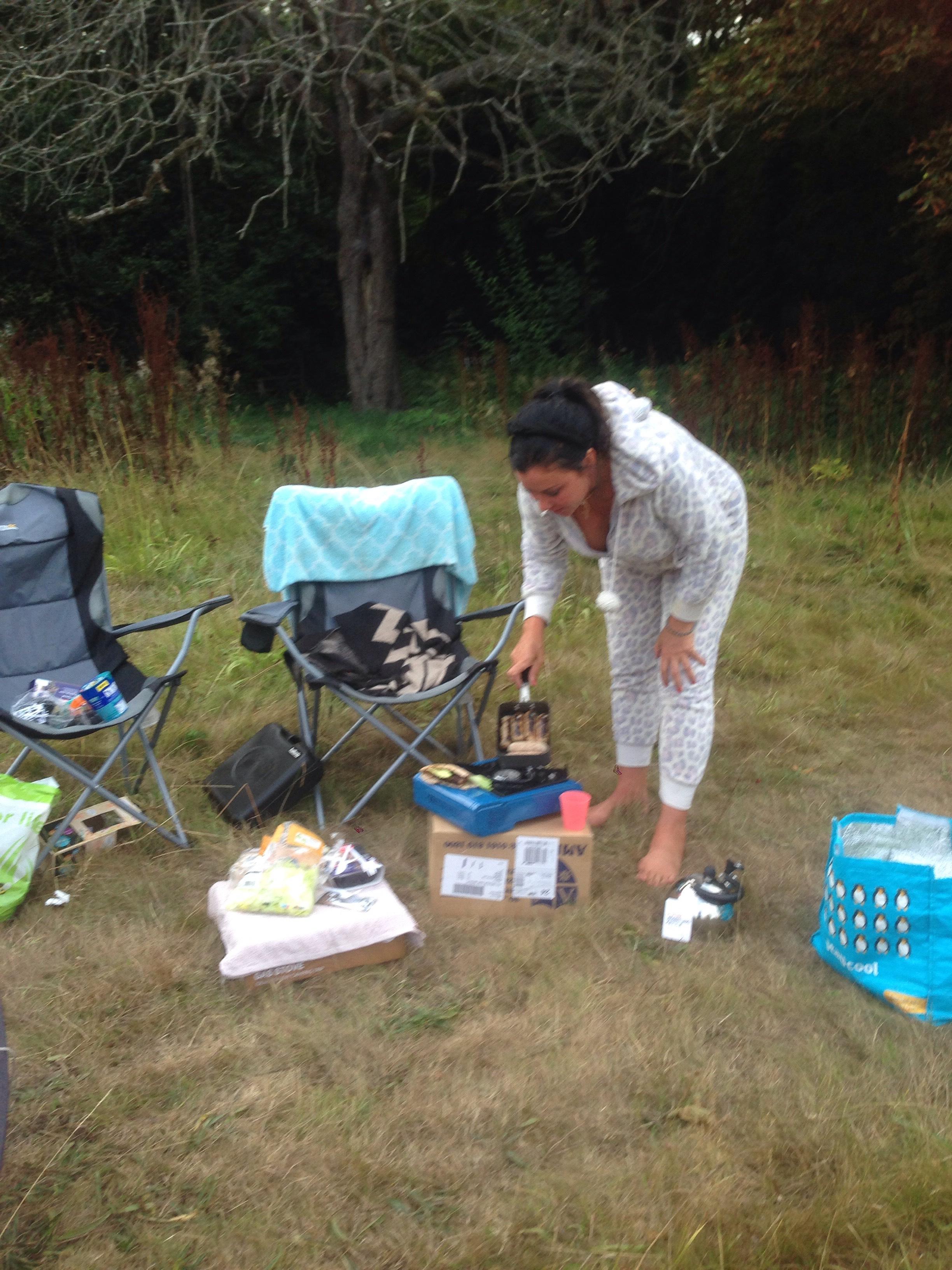 However as she was unable to pay the rent on her flat, she was forced to leave and up sticks.

She’s now working in sales and living in the tree house until she can afford to put a deposit down on a room in a shared house.

Lisa told The Sun Online: “It’s basic but it’s a roof over my head.

“I’m trying to make it feel more homely by putting out pictures and nice things. I know it won’t be forever.”

She added: “I really have gone back to basics but I’m clean and presentable for work every day and have a disposable BBQ I can cook off.

“I’m back on the budget bangers for now mind.”