Little Mix The Search was back and Perrie Edwards, Jesy Nelson, Leigh-Anne Pinnock and Jade Thirlwall were on the hunt for people who could not only sing, but also play instruments. The musicians were auditioned individually and then put through their paces alongside the other hopefuls. Midway through the process, the ladies took a break and Leigh-Anne took to the stage to give a mock audition. When it was time for the judges comments, Jade mocked Simon Cowell.

Leigh-Anne pretended she was one of the hopefuls on the show.

“What’s your name and where do you come from?” Jade asked in a Scouse accent.

“My name is Mille,” Leigh-Anne joked.

“Millie?” Perrie asked confused. “Is that short for Leigh-Anne?” 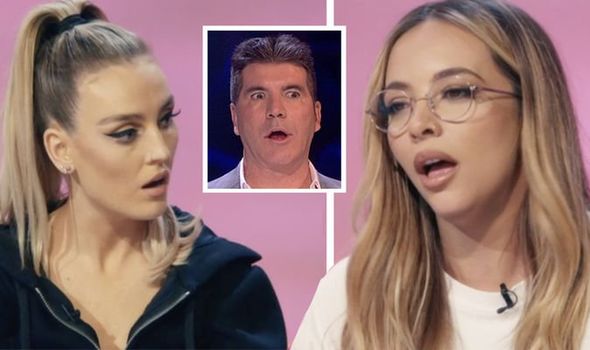 “Yes and I used to be in a girlband back in the day,” Leigh-Anne said.

“Oh, ok, what was the girlband called?” Jesy added, going along with the fake situation.

“Rhythmix,” Leigh-Anne replied in reference to their initial name back on X Factor.

“Good one! We’re all rooting for you!” Perrie remarked and Leigh-Anne revealed: “I’m going to do a rap for you guys if that’s alright.” 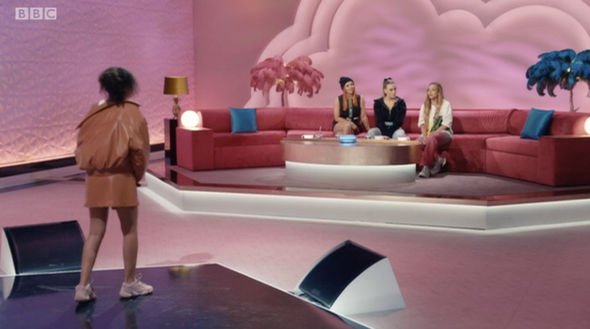 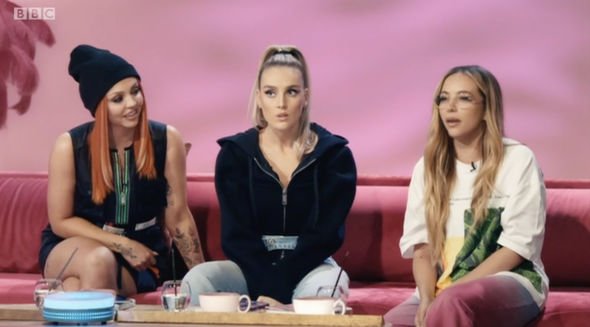 Those watching at home saw Leigh-Anne begin and the other ladies got up from their seats, singing along and cheering.

“Personally, I think that was one of the strongest performances we’ve seen this whole competition,” Perrie commented.

“For me personally Leigh-Anne,” Jessy added. “I loved the conviction you brought to the rap.” 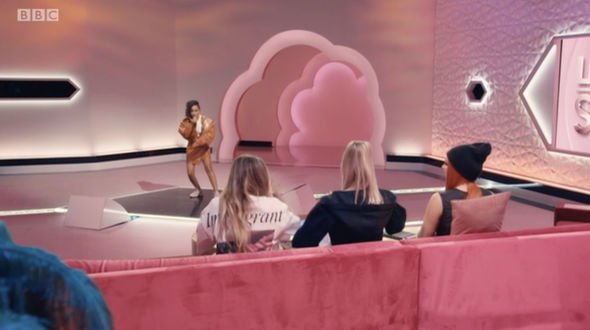 This saying is a well-known phrase music mogul and X Factor and Britain’s Got Talent judge Simon Cowell uses when he takes part in competitions.

Someone else said: “THEYRE TAKING THE P*** OUT OF SIMON I LOVE THEM DJDNDJFN #LittleMixTheSearch.”

“’I didn’t like it, I loved it’ – Ah, I see somebody has been watching the Simon Cowell self-help guide on how to judge a TV talent show. #LittleMixTheSearch,” a third joked.

Little Mix The Search returns next Saturday night on BBC One.