Loose Women‘s Andrea McLean revealed a surprise new look to her fans on Twitter – but all is not as it seems, as readers with eyes in their head will realise it’s actually a wig.

The 48-year-old presenter took to social media after returning from her holiday in France to host the ITV panel show, but tricked fans into thinking she was bringing back more than a tan…

She said: “So I’m back at work today and I decided to go for a little change while I was away, I hope you like it.”

It’s unclear why Andrea decided to troll her fans with the wig stunt – a stunt which some are now dubbing #WigGate and by “some”, we mean no-one.

One super-sleuth and social media user clocked Andrea’s game and quickly tweeted: “Sorry if I’m wrong but that’s looks like a wig to me x”

While some others thought Andrea looked the spitting-image of the pizza girl from Friends that Ross is terrible at flirting with. Yeah, we can see that.

Everyone else generally slated the new barnet, so it’s probably good it wasn’t real after all, eh?

During today’s Loose Women (August 21), Andrea didn’t reference the stunt and was back behind the famous desk with her usual long brown locks.

However it later transpired the wig was for the gang’s performance as Abba, as they had former Stars in your Eyes’ host Matthew Kelly in for a chat. Of course! 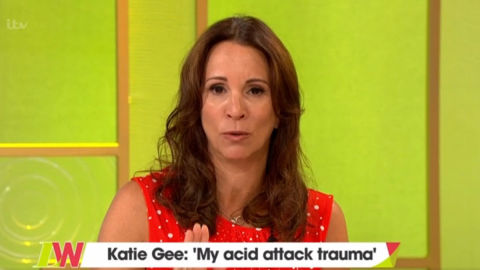 So there you have it. A woman wore a wig.