A lot of us will have been drunk enough to miss the last bus home, sure, but have you ever missed a flight because you were too hungover – or even too drunk?

Fortunately, we have an insight into what that must feel like thanks to Love Island host Caroline Flack, who is probably suffering a little after last night’s wrap party.

Caroline gave fans a glimpse of the series’ wrap party on Instagram last night – complete with the obligatory inflatable flamingo and silent disco – before revealing that she was now stranded in a Majorcan airport. 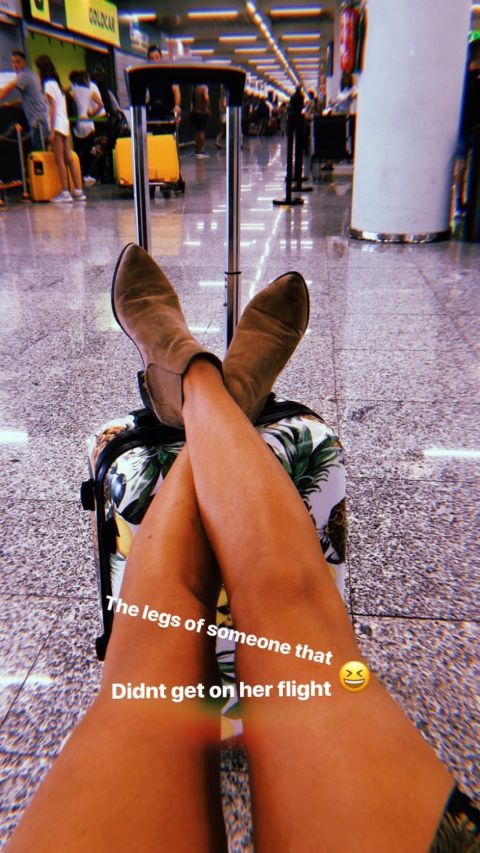 Alongside a photo of her kicking back on her suitcase, Caroline admitted to fans that those were “the legs of someone that didn’t get on her flight”. How the other half live, eh?

Caroline’s work on Love Island is not quite done, however, as there’s still one more episode of this year’s run yet to air.

Fans will be able to get their last, well-deserved Love Island fix on Sunday, August 5, when a special one-off show will reunite the cast in front of a live audience.

Although we’re not expecting any break-ups before then, we do have a sneaking suspicion that there’ll be a few fireworks this weekend. After all, even Caroline herself isn’t totally convinced by all of the final couples…