A touch of American glamour in the form of Caprice also spiced things up at the event, known as the 'curry Oscars', which took place at Battersea Evolution in London. 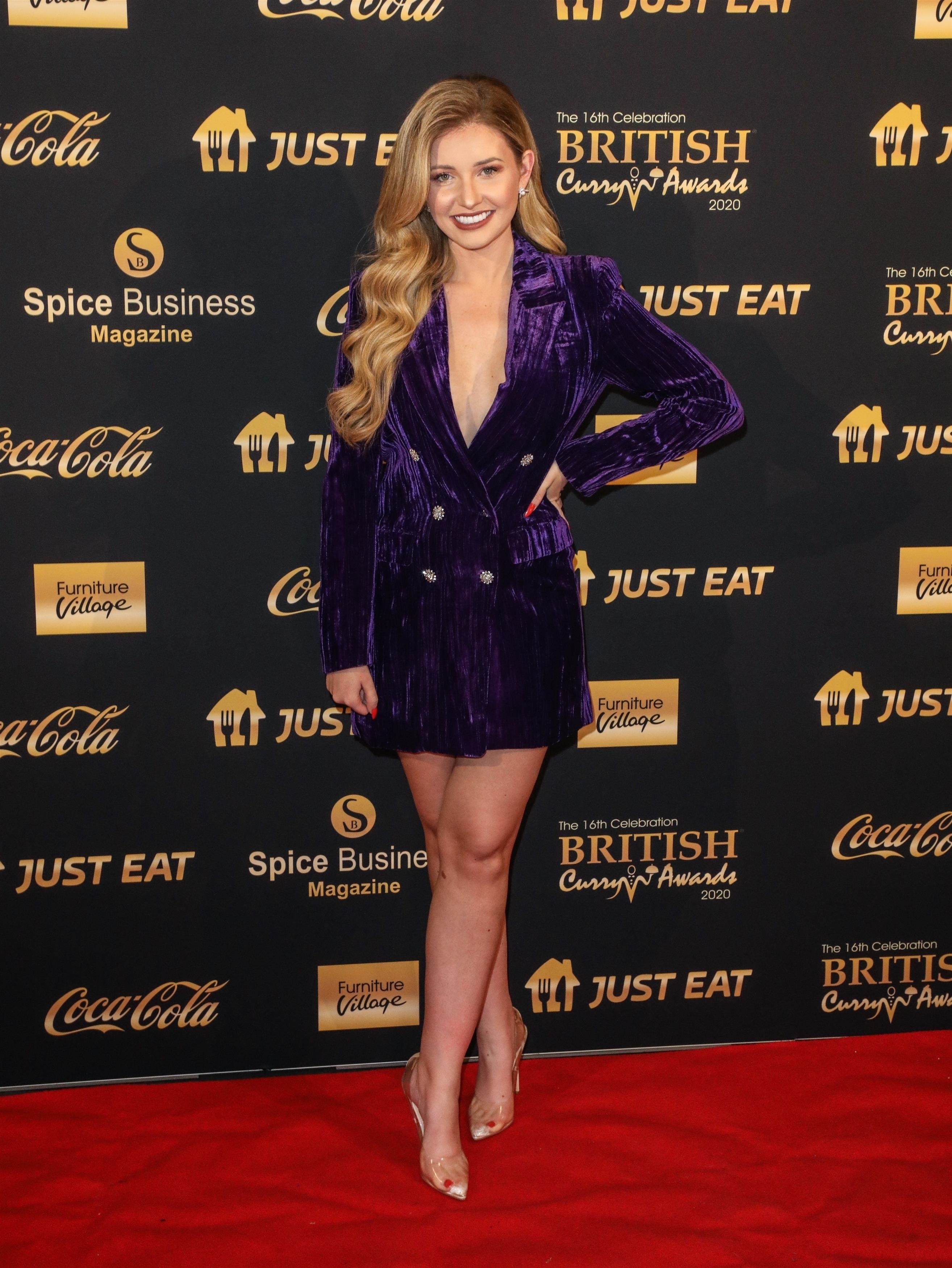 Restrictions in place in the capital – which was plunged into Tier 3 – couldn't stop stars attending the event, which was socially distanced due to Covid measures.

The 28-year-old, who used to work as British Airways cabin crew, posed up a storm on the red carpet at the event.

She teamed her classy dress with Hollywood-style locks and bold lipstick.
Amy recently revealed she will be working her charm on Ex In The City – a spin-off of Ex On The Beach – as she continues to look for love. 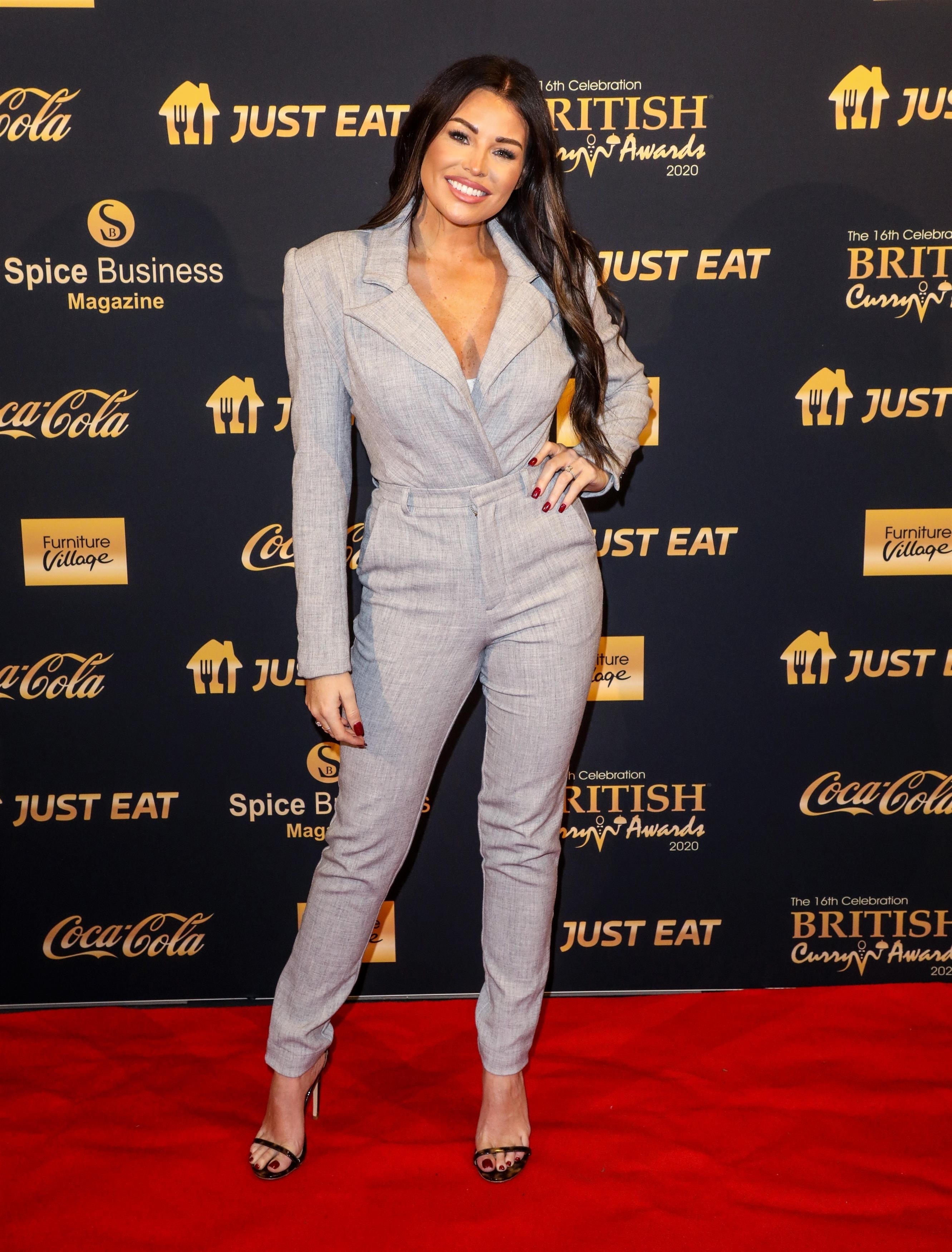 She found a place in the nation's hearts when she was cruelly dumped on Love Island by 'half boyfriend' Curtis Pritchard, 24.

He went on to finish the show in fourth place alongside Irish grid girl Maura Higgins. The couple broke up earlier this year.

Jess, whose brother is Mark Wright, also made a glam appearance at the event.

She also rocked the blazer look – going for a streamlined bodysuit look with a taupe top and matching trousers. 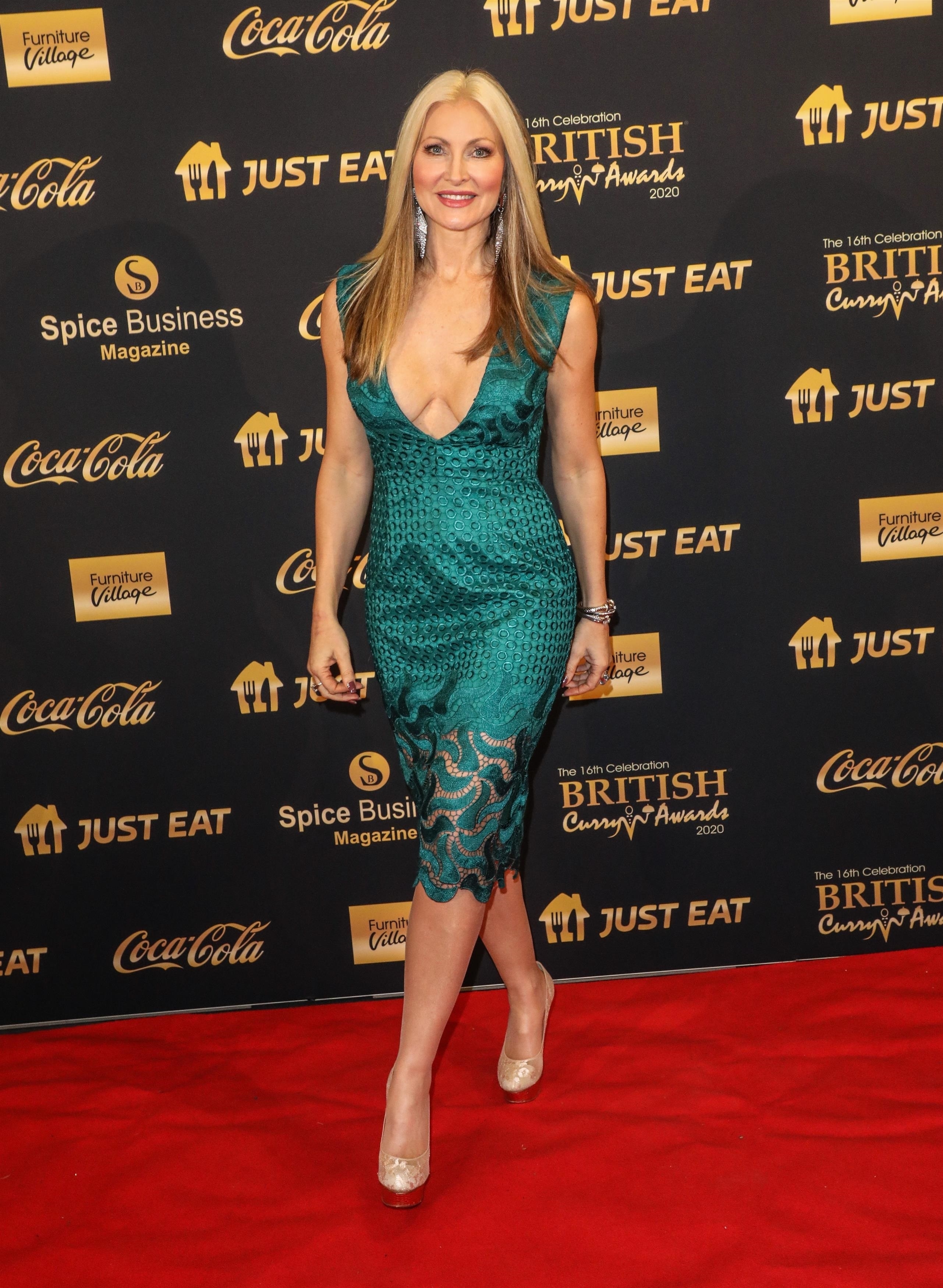 The former Towie star, 35, took time out from planning her wedding to fiancee William Lee-Kemp.

The pair, who got engaged in the French Alps in March, will tie the knot in Mallorca next June. 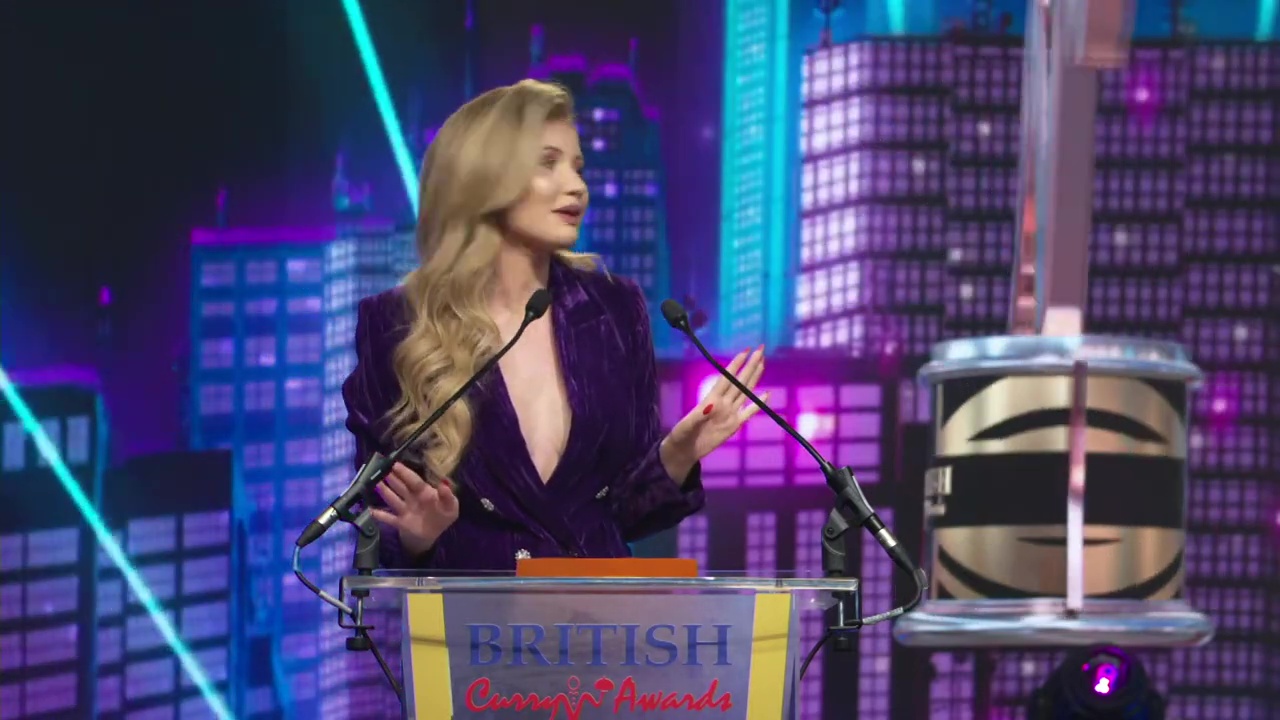 Her younger sister Natalya, 20, and sister-in-law Michelle Keegan, 33, are among her 15 bridesmaids.

Jess posted on Instagram earlier this year about her nuptials.

She wrote: "2020 has been a strange year for us all. I got engaged just before this pandemic, & when rules were eased, told my (many) nearest & dearest that I wanted them to be my bridesmaids, from a distance.

"I hope everyone is keeping safe & we get through this soon & a big thank you to all our NHS & key workers for supporting us." 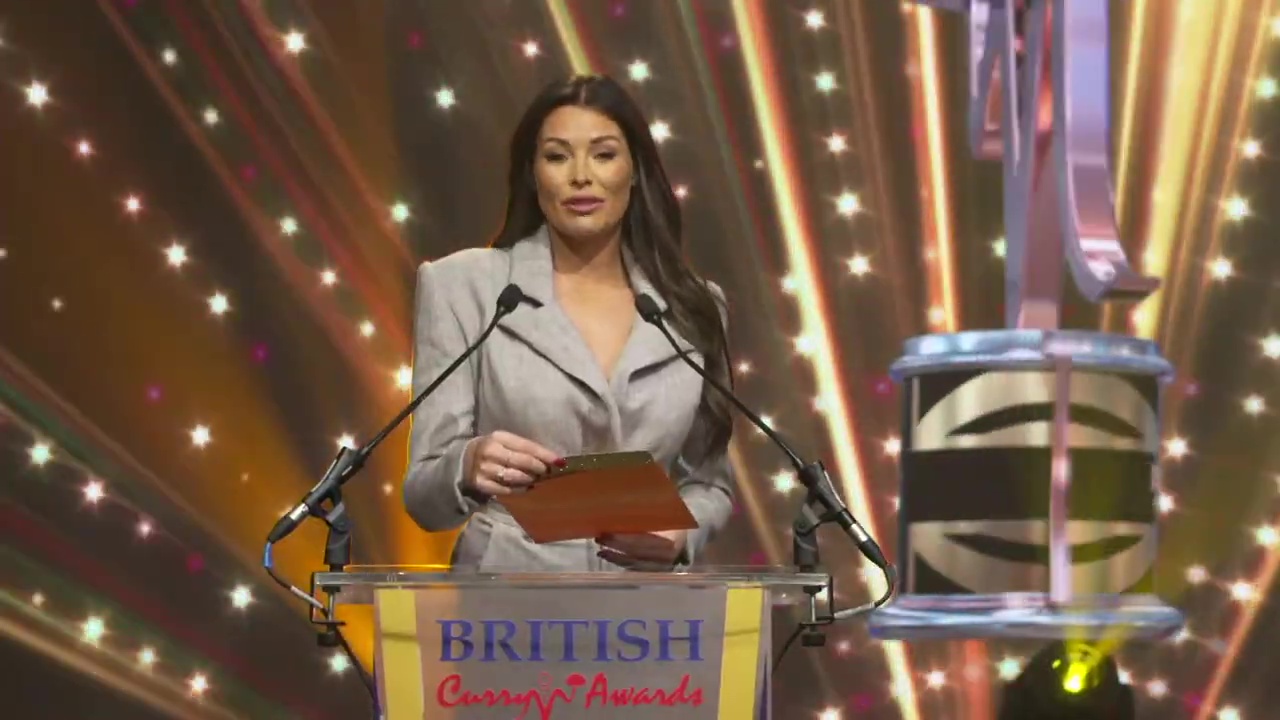 Caprice also added a little extra to the awards, donning a stylish sea green dress with a plunging neckline.

The American model, 49, paired her dress with shiny gold heels.

She put on a brave face after she recently told fans via Instagram about how her 20-year-old dog Stinker had died. 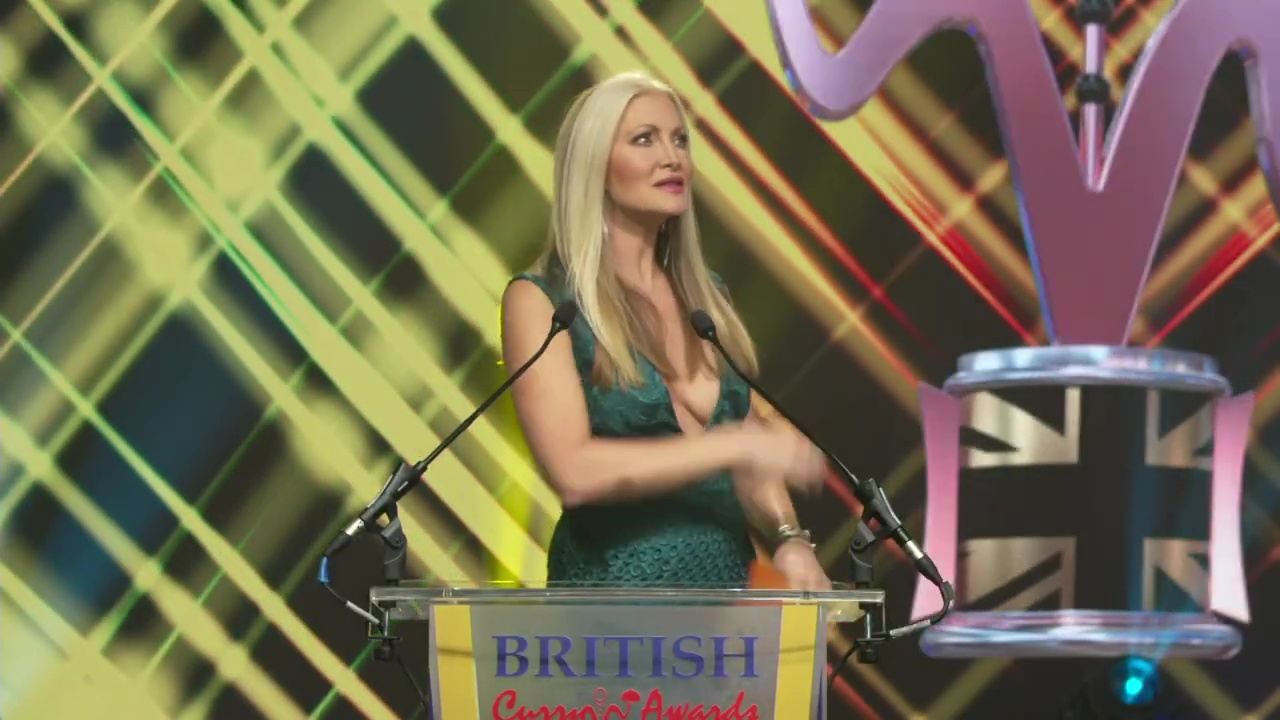 It's estimated that British curry houses have donated around five million meals to key workers, such as frontline NHS staff, and those in need during the pandemic.

Event organisers said this year’s awards were a tribute to 'this amazing, resilient industry', which is worth £5bn to the British economy.

Prime Minister Boris Johnson his forward to the awards’ official programme: "They [restaurants] have selflessly, tirelessly, and, without prompting, gone out of their way to help their local community, the vulnerable, elderly, isolated, and the NHS by supplying much wanted curries, kindness, and support."

This is the first year the event has been held online.